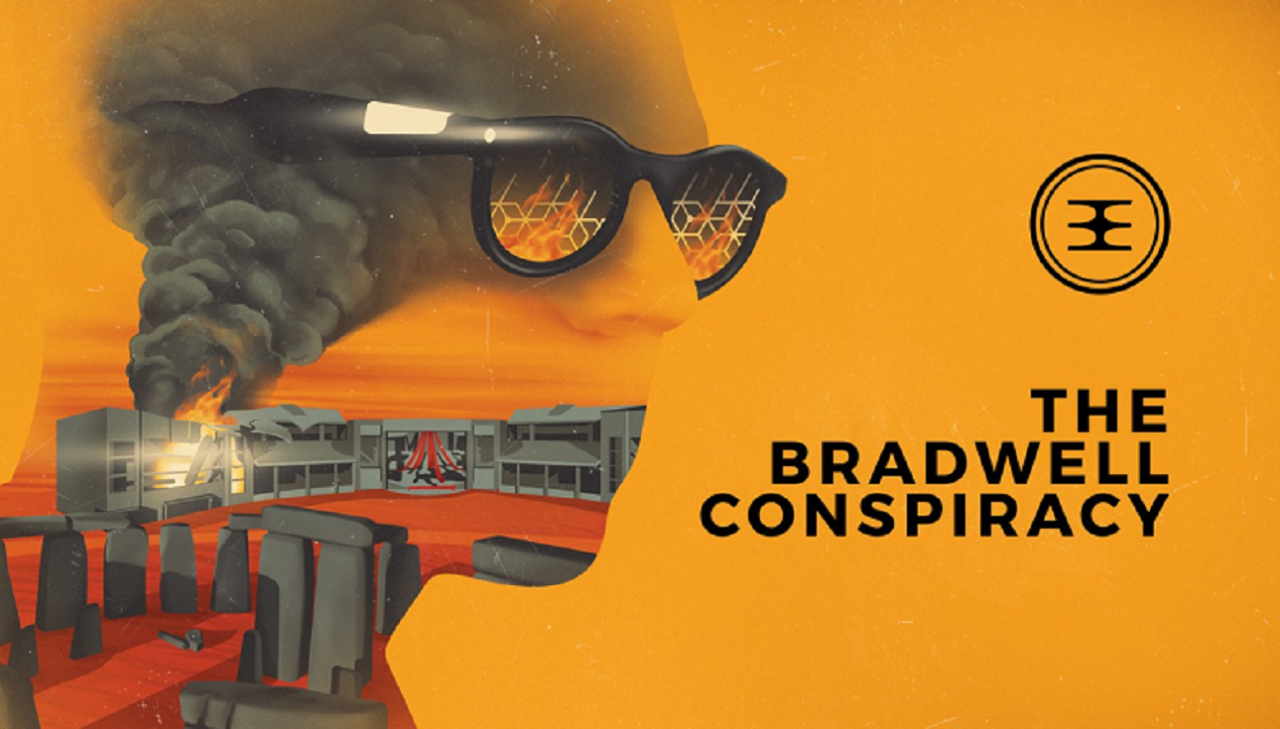 “The Bradwell Conspiracy is a highly-stylized, narrative-driven first person experience.”

There are some games I really wish I was able to enjoy more and The Bradwell Conspiracy is one such game. It starts off promisingly but is unable to carry on. At least on the Nintendo Switch, this game’s struggles are real.

Before I get into the technical side of things, I should mention that The Bradwell Conspiracy has an interesting premise and a well-crafted environment. As the survivor of an explosion at the Stonehenge Museum – it’s owned by the Bradwell Foundation after they preserved it – you’ll need to make your escape. The environments, in varied states of ruin, are packed with things to look at. Not as much to interact with (lots of locked and empty drawers) but with a surprising amount of diversity all the same, especially for being contained in the same area.

The two hooks are communicating via photographs – your larynx was damaged by smoke inhalation, preventing speech – and the 3D-printing gameplay mechanic. The picture element is pretty entertaining as a way to help flesh out the story. On the other hand, the puzzles, though unique, feel too limited to offer the allure they were aiming for.

Part of my thinking on this no doubt stems from the subpar controls. Initially, I thought maybe it was just me, but as time passed (and after letting my wife take a crack) I realized they’re just not up to snuff. The cursor movement is jerky, yet the puzzles demand precision. Some are even timed. While I got used to the controls, I can’t say they ever felt good. There’s no touch screen support either, which would’ve been an asset.

Going back to the photos, you send these to another survivor, Amber, using a pair of Bradwell Guide Glasses. Amber’s voice actress livens things up with a fine performance. However, some of the dialogue she’s asked to read (“Asking for a… friend”) is cringe-worthy. Not to mention needless f-bombs near the end – this game is rated Teen?!? The direction given to her is also questionable, as she often sounds too excited for someone trapped in an exploded museum. She is helpful in getting you oriented to your surroundings, and finding the best routes to help you progress towards escape. Vocals by Jonathan Ross, as the narrator, fare better.

It’s now time to address the elephant in the room, which is how The Bradwell Conspiracy runs on the Nintendo Switch. I can’t speak for other versions, but on the Switch, there are considerable troubles. While I was pleased that the game started pretty smoothly, this did not last. After the first hour or two, it became jarringly choppy, to the point that I had to temporarily stop playing as a headache ensued! I am rarely sensitive to things like this, so I feel this is a telling admission.

The visuals also take bizarre downgrade, with rendering that reminds me of early CD-ROM games. Yet the fact that things don’t seem to improve relative to your distance makes me suspect it’s more a case of bad texturing. Whatever happened here, such fluctuations show this game was clearly not optimized for the Switch and is in need of a patch.

“Will You Uncover the Truth?” The truth is, I simply can’t recommend The Bradwell Conspiracy in its present state. It just misses the mark in too many areas. With some fine-tuning and polish, its technical shortcomings could eventually be overcome, in which case it’ll be ready for primetime. But playing it on the Nintendo Switch now has me reaching for a bottle of ibuprofen.

The truth is, I simply can’t recommend The Bradwell Conspiracy in its present state. It just misses the mark in too many areas. With some fine-tuning and polish, its technical shortcomings could eventually be overcome, in which case it’ll be ready for primetime. But playing it on the Nintendo Switch now has me reaching for a bottle of ibuprofen.