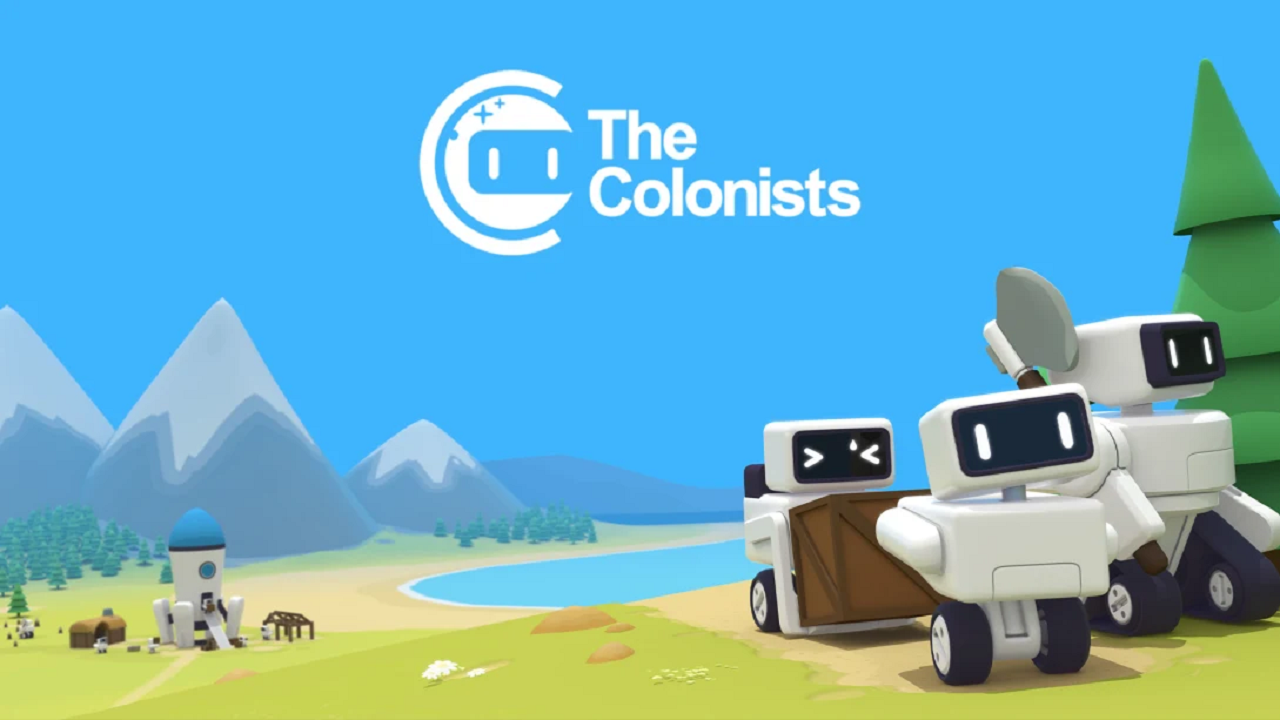 I’ve always enjoyed building management games like the original Roller Coaster Tycoon game on PC. But I can’t say I’ve put too much time into the genre. I tend to play more platformers or arcade-style games. That said, I was excited to put some time into The Colonists and revisit the genre. How does it do?

The Colonists, as mentioned, is a building management game. You oversee a colony of robots as they try and build on a new planet to achieve their dream: “to be human.” You’ll do this by acquiring resources and building up a more and more complex colony. You’ll be growing and chopping trees, mining stones, and eventually, you can even build boats to expand your reach to islands.

There are a few modes to play in, but the main event is the Campaign. Here you will play through a set of stages, each with its own goal. A good portion will involve trying to build your colony up to a certain point, but others have you pitted against an AI colony. I have to admit, I found it kind of odd that there was combat in the game at first. It just seemed contrary to how the game had felt up to that point, but I ended up rather enjoying these stages along with the peaceful ones.

Each of these stages has a medal system in place, bronze to gold. The medals are awarded based on how quickly you reach the set goal. While I liked the fact that medals are in place to encourage replaying stages, I personally found the gold medals too easy to get. The first time I played a level outside the tutorial, I achieved a gold medal on that stage. I didn’t even fully grasp the game at that point! The only time I didn’t get gold was on the second combat-focused stage, but I don’t even know how to achieve it; unlike the peaceful stages, it doesn’t state the requirement.

While I’m stating negatives, I found that The Colonists seemed to lack some technical polish. The overall game is sound, but the port feels like it could use some tweaking via updates. For example, I had many occasions where menus just weren’t working properly (though they could be fixed by closing and reopening them). Performance wasn’t the greatest either, as it seemed like the game was running around 15-20fps, by my guess, and would hiccup now and then as well.

This leads me to wonder whether the game would best be played on Switch. It is a good game, and having it portable does appeal, but the technical issues and price hold it back. The Switch port costs $27.29 (why is that?), whereas it’s only $23.99 on Xbox. The Switch version also seems to be lacking several features. It mentions on the eShop page both “randomly generated maps” and “player-designed creations,” but I saw no trace of either here.

Overall, I found The Colonists to be a pretty enjoyable building management game that could use some patches. I know I will definitely continue playing it, but that being said, I’m not sure that the Switch is the best console to buy it on. However, if you’re a Switch-only gamer or just prefer playing games on it, you will still find a good time here.

The Colonists is a solid game with a less-than-solid feeling port. However, it still is good fun on Switch.