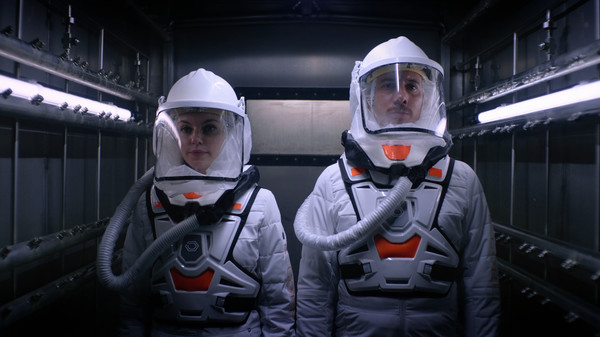 Given it must have been in production a long time before its release, The Complex is a game that resonates eerily well with an audience in spring 2020.

The game is an interactive sci fi thriller movie centred around a scientist called Amy. After a major bio-weapon attack on London, she is brought in to help understand and contain the threat, alongside another scientist with whom she shares a rocky past. They spend the film locked together in a secure underground lab, communicating only with the owner of the company funding Amy’s Nanocell Technology as their access to the outside world.

Together, they uncover a conspiracy that goes all the way up to the tyrannical government of a foreign super power and reveals that they themselves are cogs in this sinister machine. 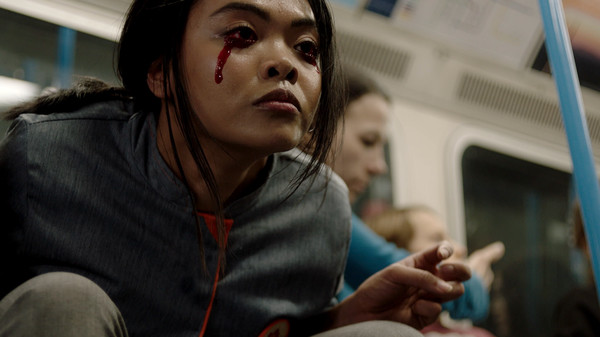 As a whole, The Complex is an incredibly well built game. Structurally, it explores the convergence of media by merging cinema with gameplay in a really interesting way. The story itself is well written and performed and is certainly good enough to capture your interest for the duration of the game.

The Complex opens on a scene that immediately throws you into the deep moral conundrums. The first decisions you make dictate your bedside manner towards two fatally ill patients whose lives are in your hands. This quickly establishes the kind of stakes you’ll face, with an intensely short time to make each choice, as the narrative progresses.

Not every decision has the same kind of weight. The actors definitely give a convincing enough impression that your choices make a significant impact on the plot, so there is a good sense of tension, particularly on the first playthrough. But there are some choices that get sidestepped by the story altogether and the outcome, regardless of your intention, is the same. 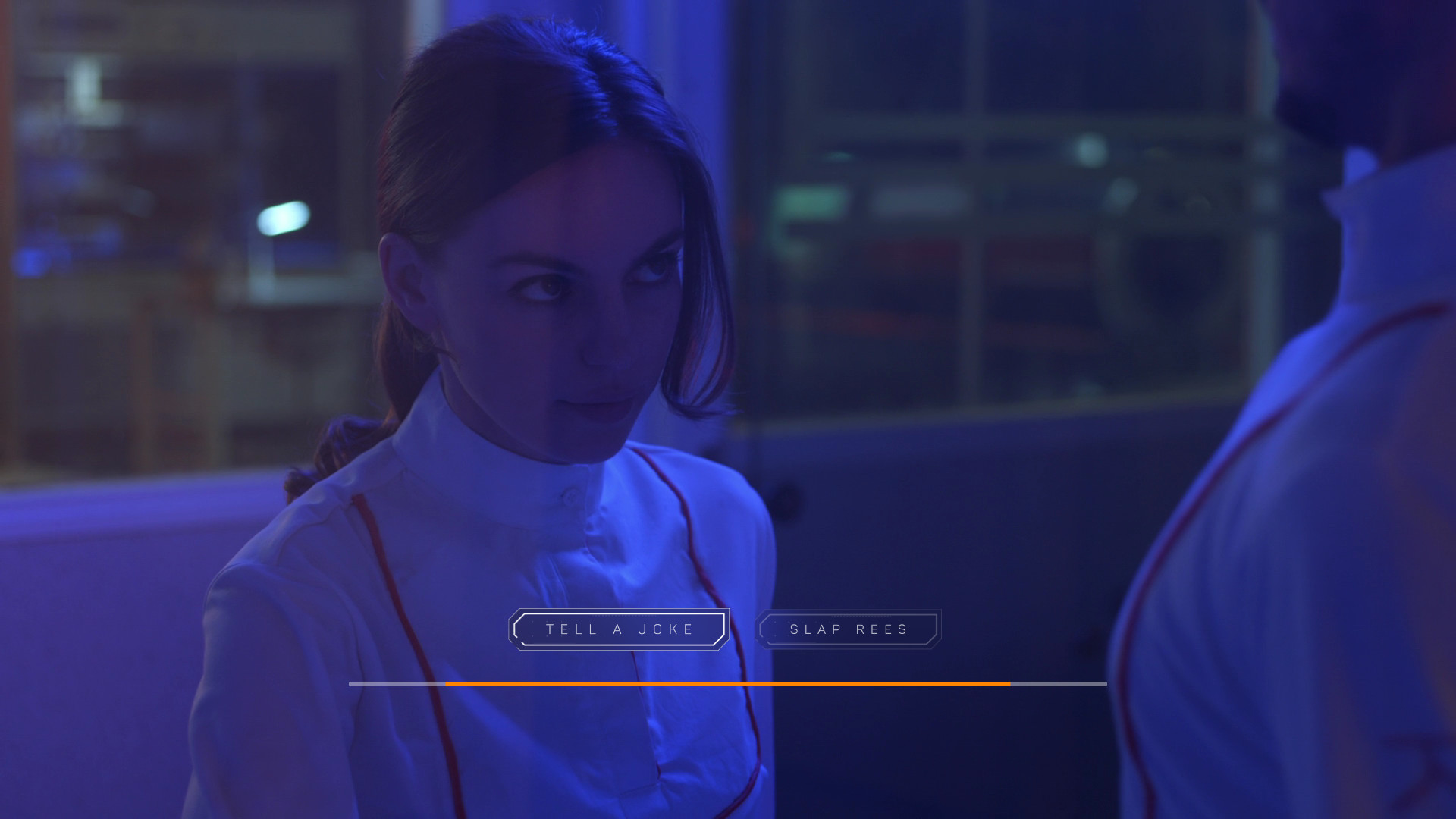 Other times, it feels like the game is building to a choice you don’t actually get to make.

There are eight possible endings to The Complex, but only the last handful of scenes are especially different. The rest of the story stays largely the same, even if you make the opposite decisions throughout. This isn’t so much a failing of The Complex, but a limitation of the genre, especially given the production value of the film clips.

The game also tracks how your decisions influence your characteristics and personality. You can pause the film and see statistics that measure your relationships with other characters, as well as your honesty, bravery, curiosity, intelligence and sensitivity. This is interesting, but if you don’t remember to check you could go the whole game without noticing these changes. It’s not clear exactly when a decision has had an influence. 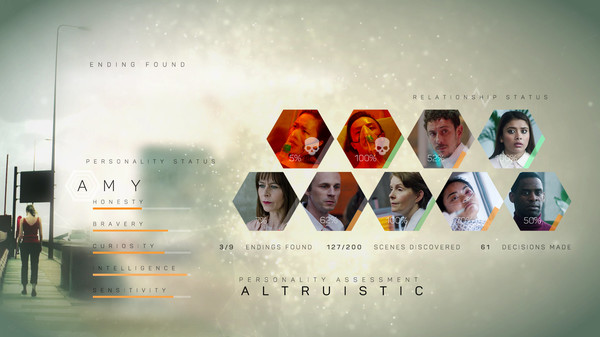 The Complex is a very well made game. The transitions between optional scenes flow smoothly and the production quality is generally excellent. The story it tells is well written and definitely engaging enough to be feature length. It would be nice if there were bigger differences between the story variants and if the impact of your decisions was clearer without having to pause the game and drop out of the story. These are relatively small things that could be improved and the game overall is definitely worth at least one play.

The Complex is a cleverly made interactive movie with an intriguing sci fi plot that eerily parallels the real world.