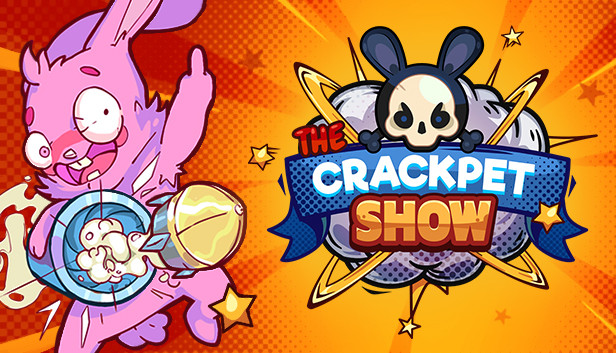 By Kaelyn Daugherty  •  4 weeks ago

“The Crackpet Show” is definitely an original title, and the title is just as crazy as the gameplay. In this fast-paced shoot ’em up, players take on the role of various (cracked-out looking) animals fighting their way through episodes of a crazy post-apocalyptic game show. Shoot your way through tons of insane obstacles, monsters, and bosses to reach the final episode and become the champion. It’s kind of like the show American Ninja Warrior, except if you fail in The Crackpet Show, you die. It’s a really fun, frantic concept, and it has a good number of challenges and different routes you can take—not to mention plenty of blood, gore, and pure carnage.

You begin by choosing one of four cracked-out-looking animalss. Next, you choose your weapon loadout. Each one has different perks and abilities, like allowing you to heal or boost your attack. When players are ready, their episode begins upon entering the arena where they will have to defeat a certain number of monsters to proceed to the next room. Rooms are like levels; while going through each episode, you can choose which room you want to play in (like a tier system). Some rooms will reward you with different perks, equipment or weapons, but with greater rewards comes greater challenges. Standard rooms are easier but you reap no rewards upon completion. When it comes to combat, you can only shoot when standing still. It sounds weird, but it works. The player will automatically lock onto the nearest target, and you can easily cycle through enemies with the trigger buttons. You will need to dash/roll around a lot to avoid all of the enemies and obstacles flying around.

Your weapons have unlimited ammo, which is great, but weapons like the shotgun take longer between shots because they deal more damage. Automatic weapons deal less damage but shoot at a much faster rate. So, you’ll need to figure out the strategy that works best for you to get through as many episodes as possible while also retaining as much health as you can. Winning will get you currency to purchase upgrades and items from shops, including extra health, sub weapons, and other stat boosts. 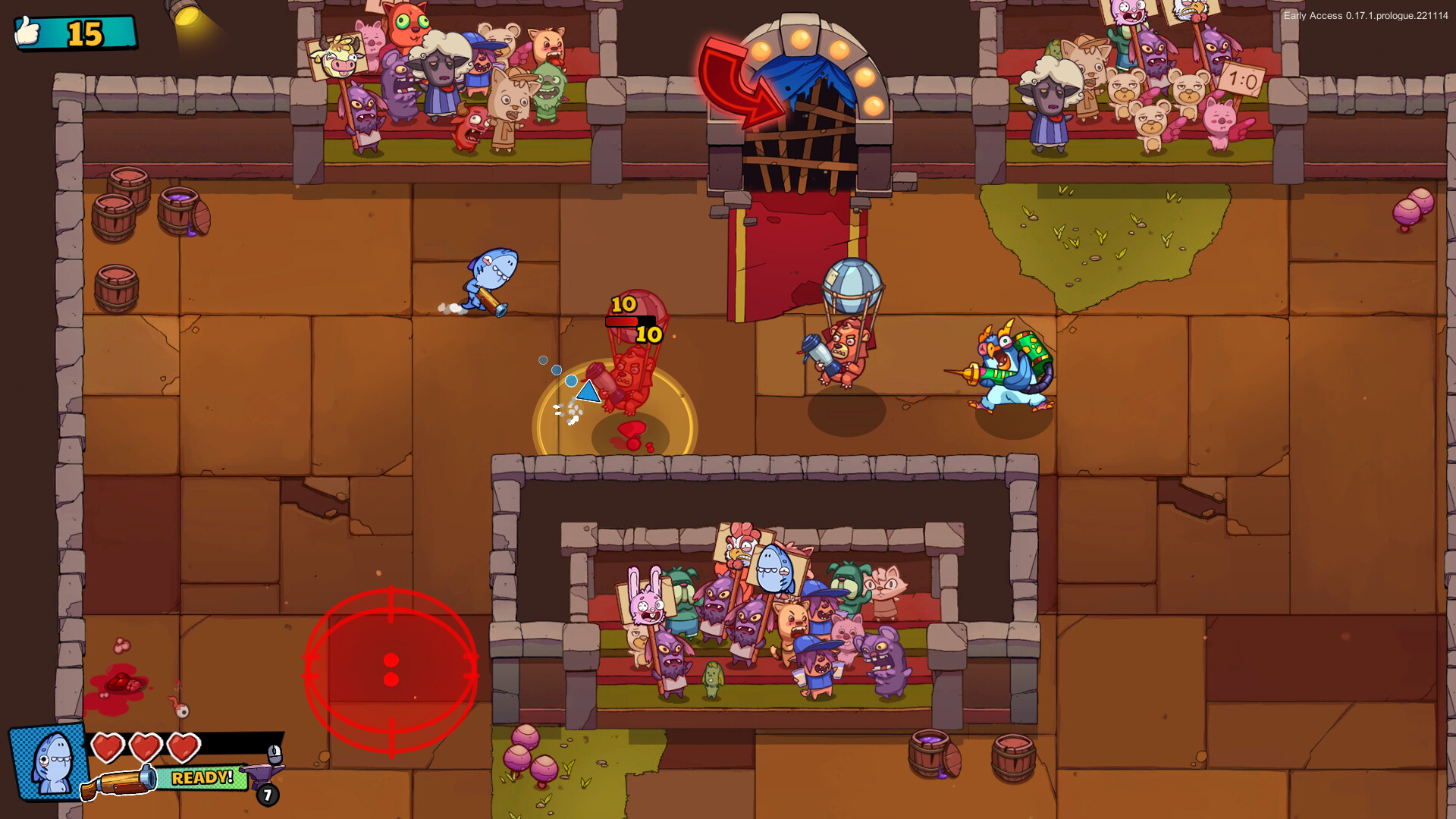 After beating all of the levels in an episode you get to fight the boss. Defeating a boss will unlock a new episode. However, if you die halfway through an episode, or even in the last room, you have to start from the very beginning of that episode. So, the gameplay can get pretty repetitive, but it’s fast and has an arcade-type feel. It’s just kind of fun to see how long you can survive and how far you can make it in this insane, morbid gameshow. 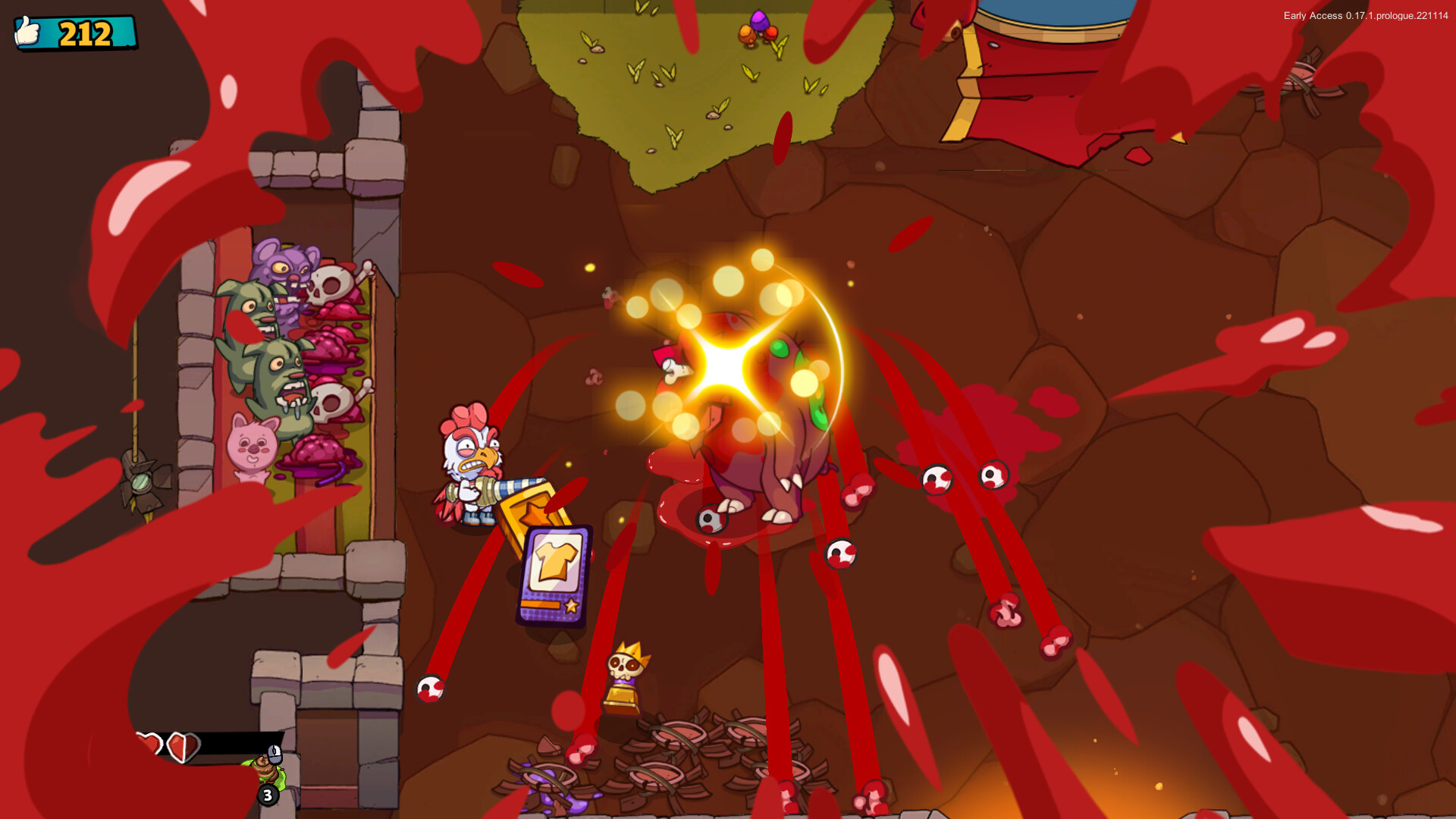 The farther you make it into the show, the better your weapons and equipment will be. There are quite a few episodes to play through, with around 10 hours of gameplay or more, depending on how you play. There’s also a good amount of replay value; every episode of The Crackpet Show is randomized, so you’ll never play through the same run twice. It can feel similar, however, regardless of the subtle change in enemy patterns. You also have the option of playing local co-op with up to four players. This can be really fun because you don’t always have to help out your teammates; after all, you’re fighting for fame here. 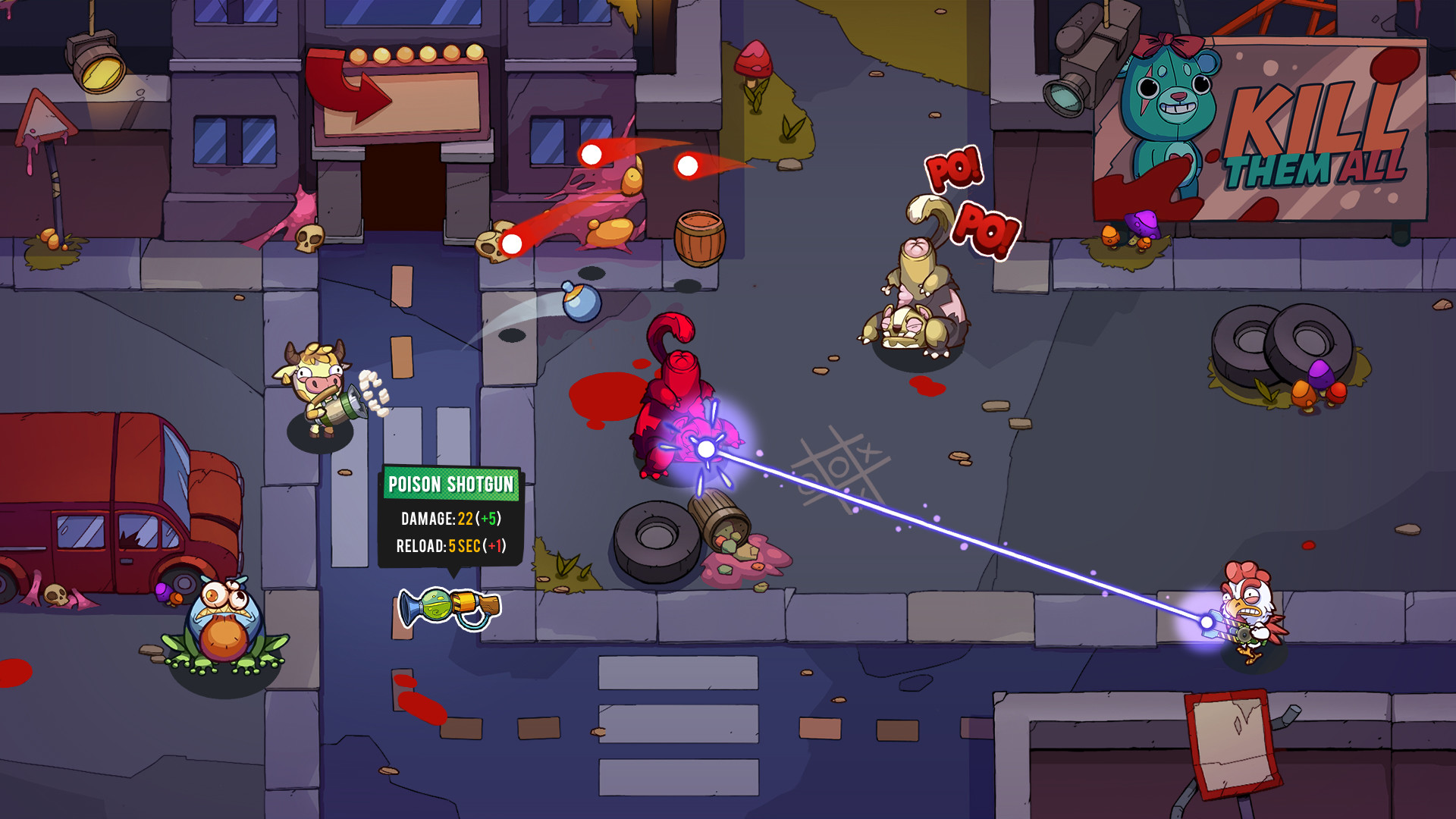 The cute, cartoony art style is one of my favorite parts of The Crackpet Show. While the game is pretty violent, it’s hard to see it that way because the monsters and animals are just so darn cute—even when they’re blowing each other up. There’s also a good amount of humor that gives this game and its characters a really fun, original feel. And while the gameplay can fell repetitive from just shooting rapidly in every direction, the rooms and areas you play in are all really vibrant and colorful. It was nice to have a change of scenery. 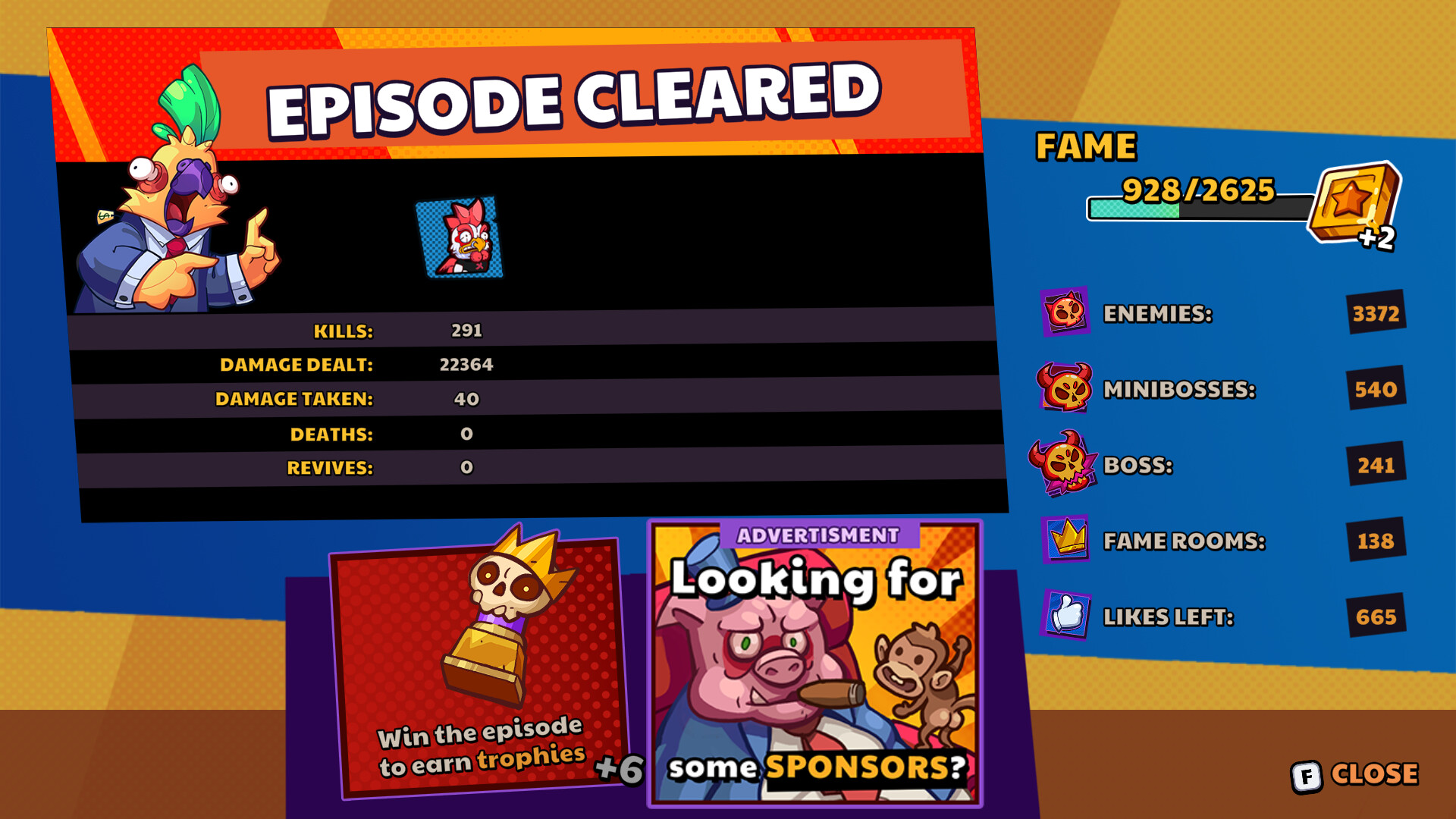 The Crackpet Show is a crazy game that involves a good amount of strategy. The concept of being on a gameshow run by psychotic animals where the only option is win or die is pretty interesting. I had a lot of fun playing it and trying to see how far I could get. However, an online co-op options, or maybe some other modes or mini games, would have been a great attribute to the overall experience and added to the longevity of the gameplay. 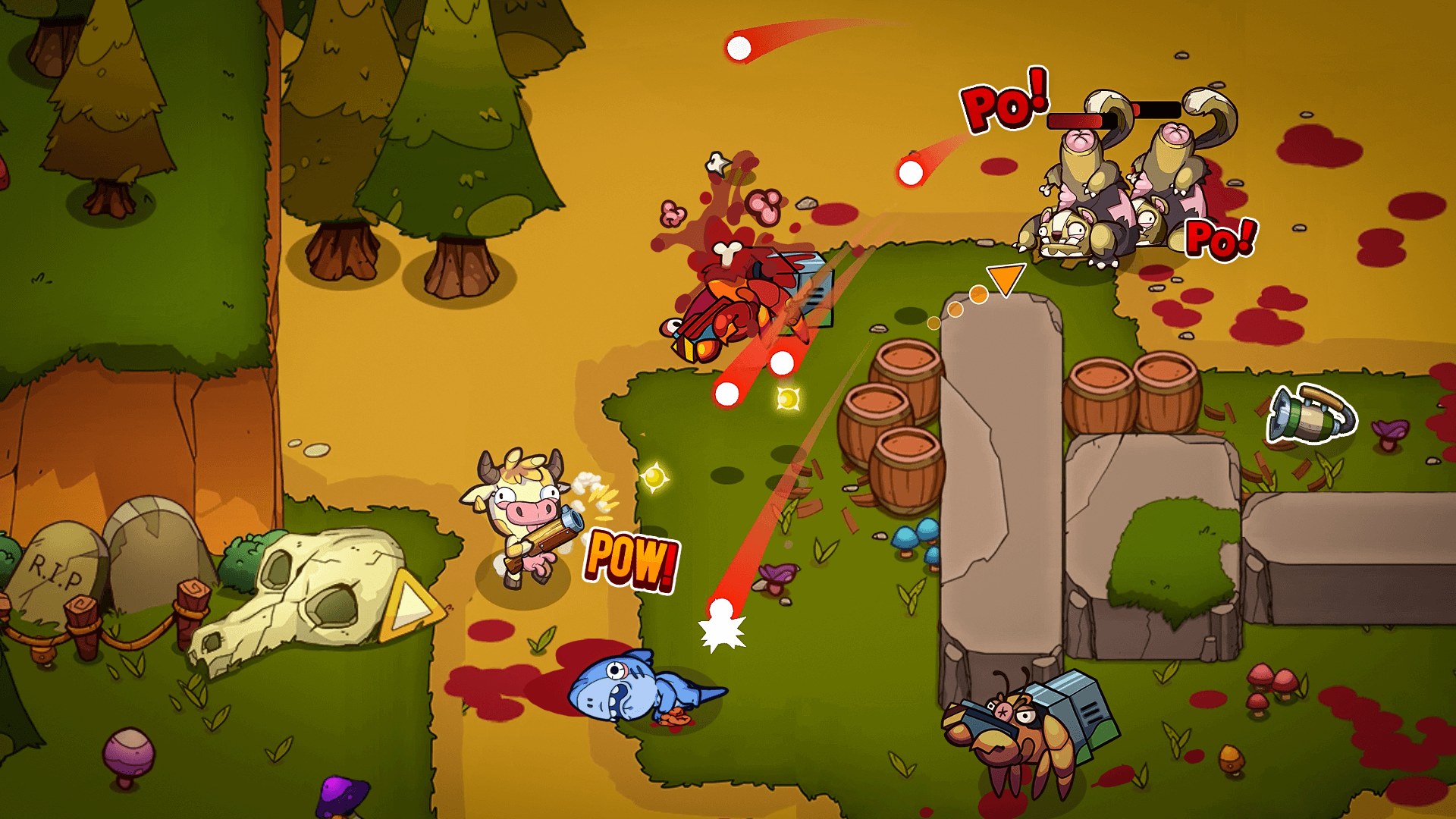 The Crackpet Show is a great game for anyone looking for a frantic, fast-paced shoot ’em up. It can get a little frustrating and repetitive when you’re stuck on a specific episode, but it’s great for game nights with friends or short bursts of gameplay, especially on a portable system like the Switch. The Crackpet Show is available now on the Nintendo eShop.

Crackpet Show is a great game for anyone looking for a frantic, fast paced shoot-em up. It can get a little frustrating and repetitive, mostly when you’re stuck on a specific episode, but it’s original and great for short bursts of gameplay, especially on a portable system like the Switch.