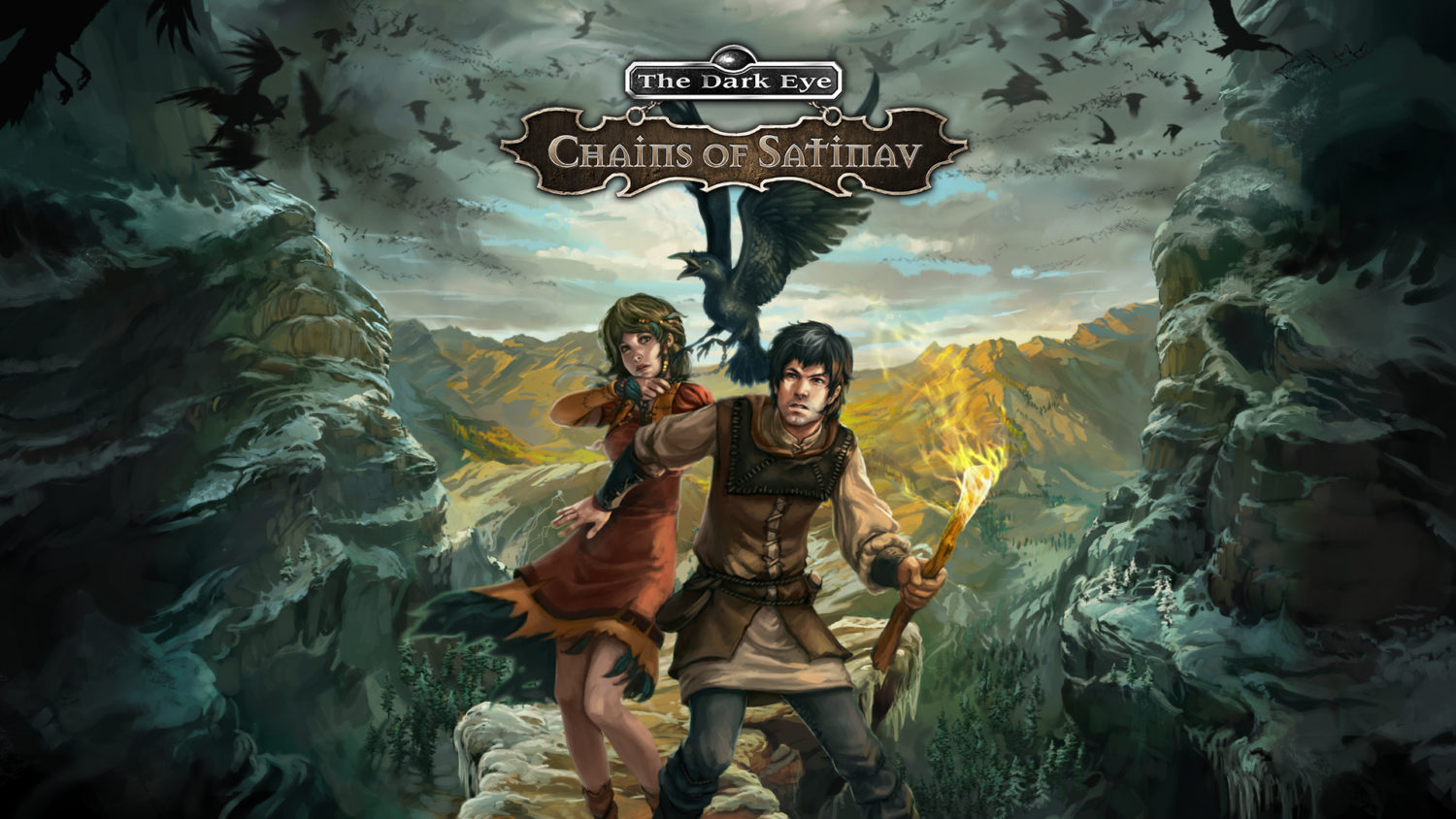 The Dark Eye franchise may not be a household name to many. However, the tabletop role-playing franchise is the most popular of its kind in Germany; it is even more popular than the world-renowned Dungeons and Dragons. The Dark Eye: Chains of Satinav is a point and click adventure set in The Dark Eye’s incredibly expansive universe. It was initially released in 2012 for PC, but it recently came to consoles for the first time this year and is definitely an experience worth checking out if you’re a fan of the genre. 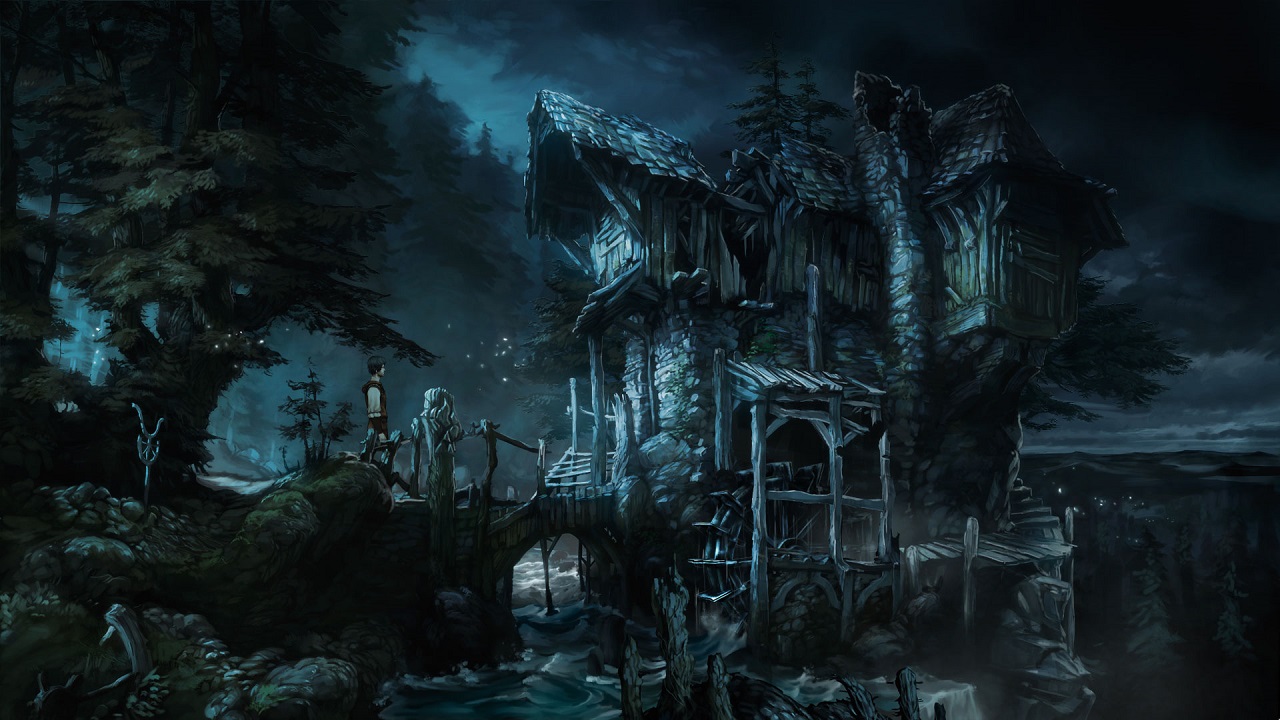 In Chains of Satinav, you take on the role of Geron, a shabby young chap who carries the burden of a terrifying prophecy on his shoulders. Geron has been prophesied to be responsible for the destruction of Anderghast, his own home. It’s definitely a good twist on the hero carrying a big prophecy on his shoulders trope; it also means the main character isn’t treated in the same way that is usually expected in many games. Geron is not respected by anyone, acting as more of a doormat for everyone else around him, which, to be fair, is understandable if you thought he was the harbinger of doom.

One of The Dark Eye: Chains of Satinav’s biggest strengths is how it looks and the atmosphere presented in each scene, consistently relaying the intended tone. The art style is a blend of realism and an old cartoon that is perfectly suited and appropriate to this game style. This is only possible because of the already incredibly rich foundations laid down from the previous board games. It allows all the environments to work in synergy, preventing anything from ever feeling out of place. It’s just a shame there isn’t more movement with some of the side characters on screen with only their faces ever moving, which at times can seem quite jarring. 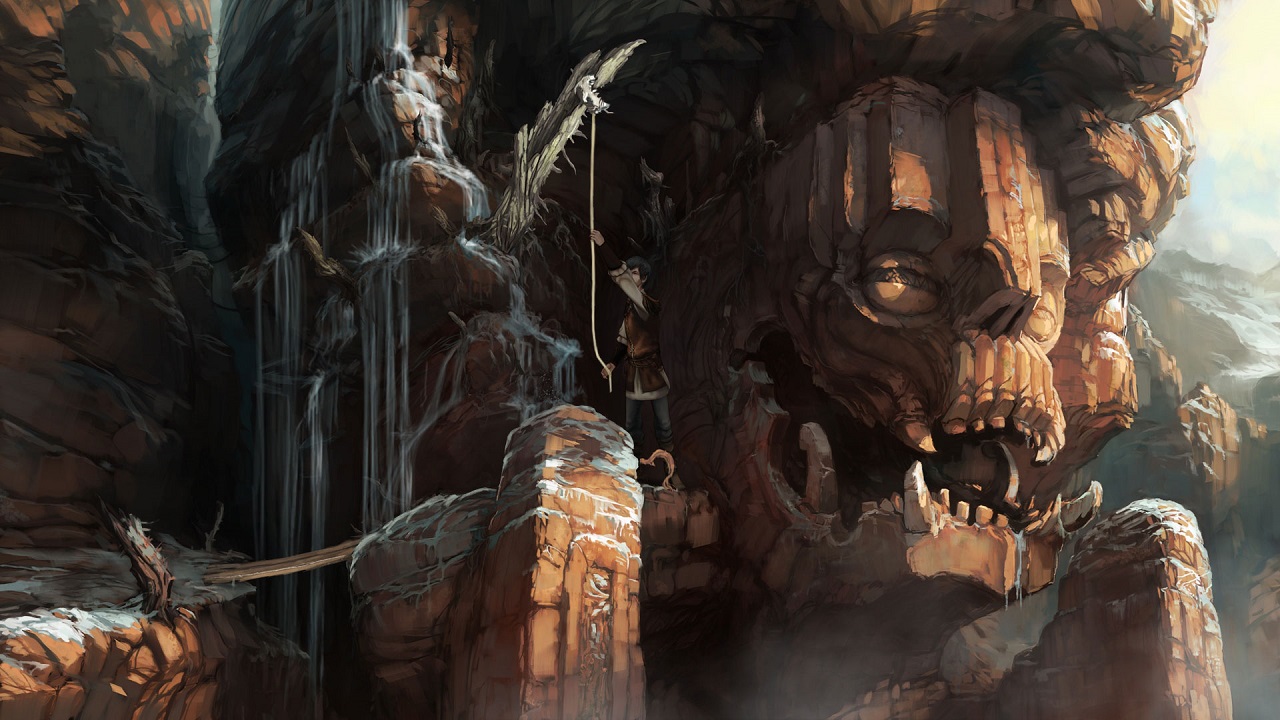 Due to the translation, some of the dialogue can be very clunky, but for the most part, it is a well done translation. However, the voice acting, in general, is uninspired and dull at best. It isn’t every character, but it is most noticeable with Geron, who may be nailing the tone of someone being downtrodden a bit too much. The voice acting prevents him from being a much more interesting and inspiring character, even though he genuinely is persevering to try and change this prophecy.

What is often the most defining thing in a point and click adventure, excluding the plot, are the puzzles. In The Dark Eye: Chains of Satinav, these do not disappoint. They’re a good blend of not too challenging but interesting enough to get you really thinking. At times, especially as the game draws to a close, it can be guilty of repeating similar mechanics. However, that is part and parcel of a game this size. It is also worth noting that these games were initially designed for PC, meaning the control scheme intended was a mouse and keyboard. Despite their best efforts, the controls can still feel clumsy now they’ve been transferred onto consoles. 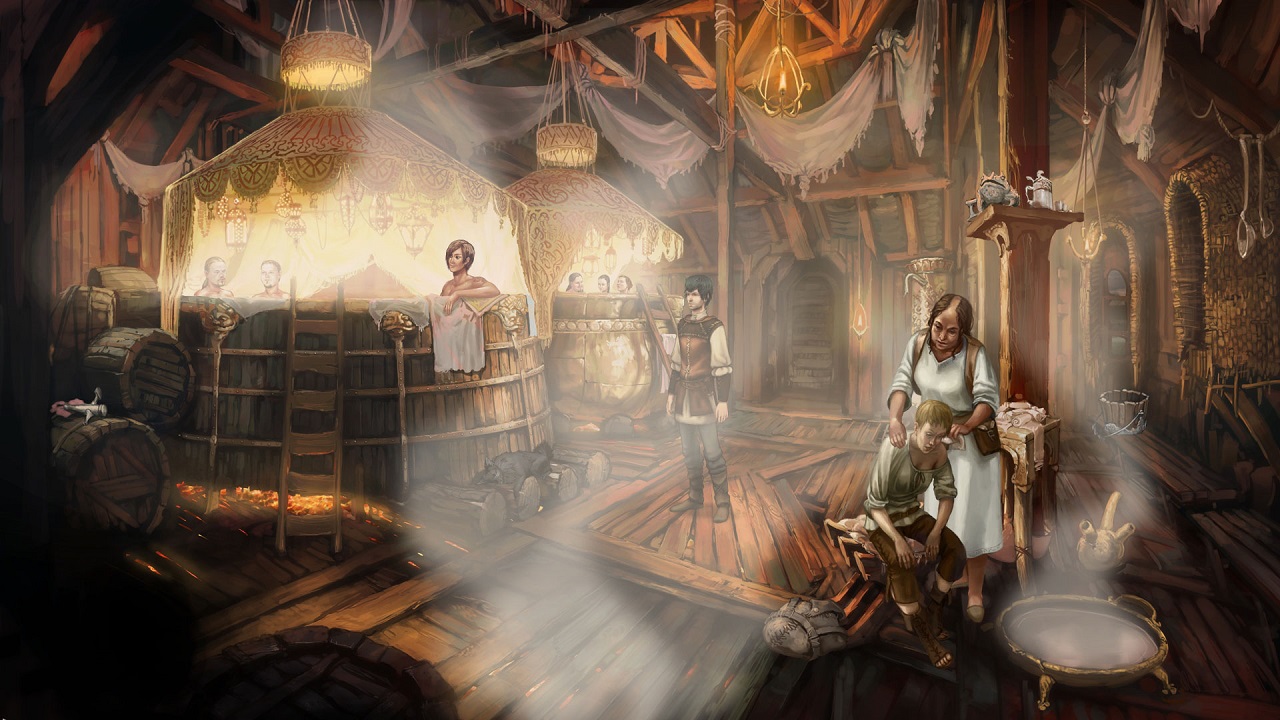 Something that can often get overlooked in many games is the quality of the music, and Dark Eye: Chains of Satinav does not disappoint. It’s often restrained with its approach, never outstaying its welcome but always perfectly complementing the main focus at that point.

In the just over ten hours it takes to complete The Dark Eye: Chains of Satinav, it constantly keeps you engaged with it’s story. If anything, it could do with having some more time to breathe. Allowing certain moments to fester would allow further contemplation and potentially allow some of the characters to feel more alive. Even though some of the voice acting can let it down, it doesn’t prevent the overall experience from being a memorable one.

Whether you’re a fan of The Dark Eye franchise or point and click adventure games: The Dark Eye: Chains of Satinav is certainly worth your attention.