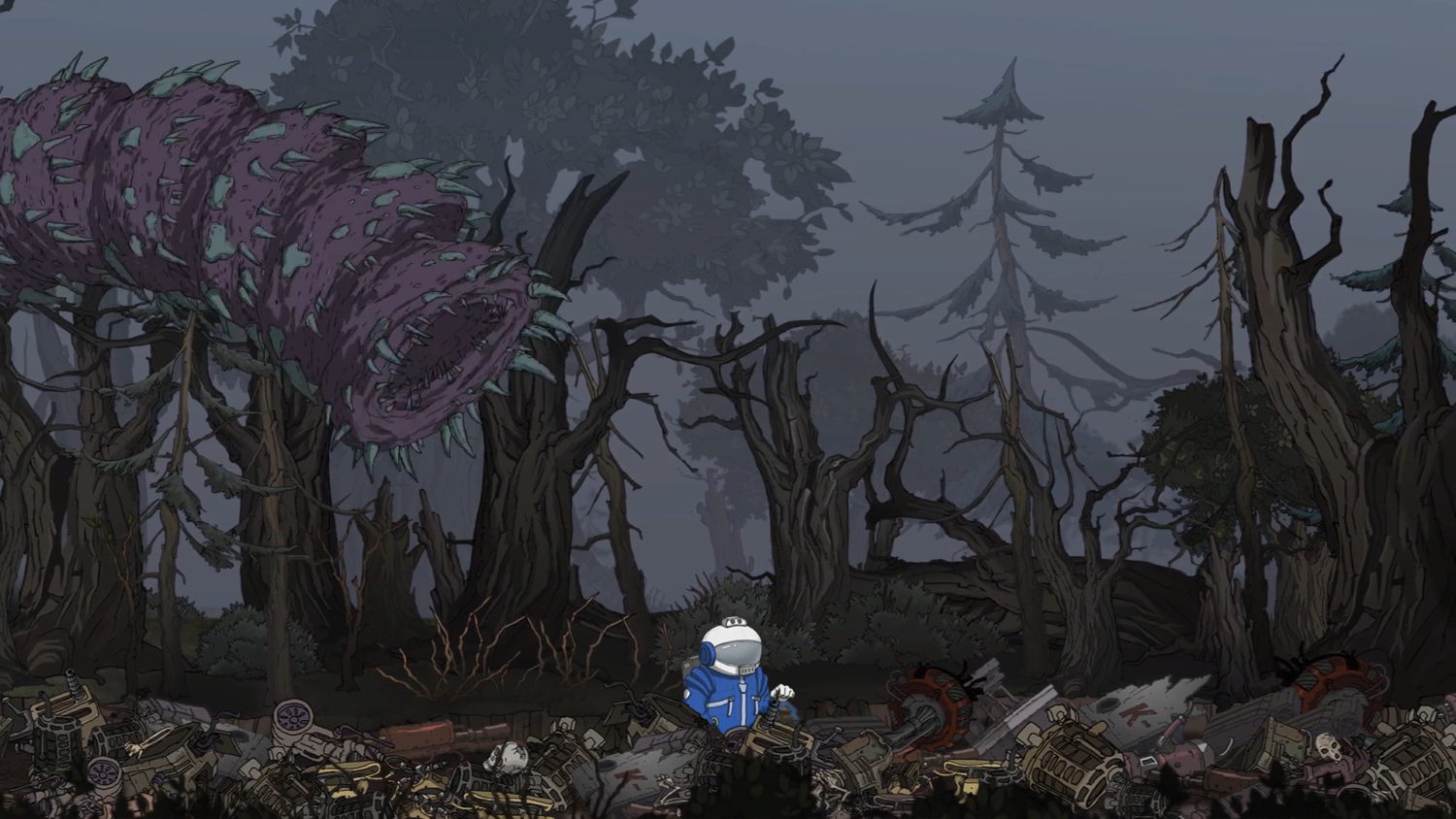 Dripping with mystery, The Great Perhaps is set long after civilisation as we know it has crumbled. You play as an astronaut named Kosmos, who wakes from a cryosleep only to find Earth destroyed. Accompanied by your digital companion L9, you have to figure out what happened and if the planet has any hope of recovery.

The game is a 2D side scroller with simple controls that you can pick up instantly. You control where Kosmos walks, runs and jumps, and interact with highlighted items.

Early, you find a lantern which allows you to see into and travel to the past for a short time. You use this to escape various threats between the equally dangerous timelines. It’s not always clear when an environment will be deadly. Sometimes you’ll only find out a giant mutant rat is lurking in the shadows when it leaps out and eats you. It can be frustrating when the lantern abruptly stops working and you drop into a radioactive sinkhole. 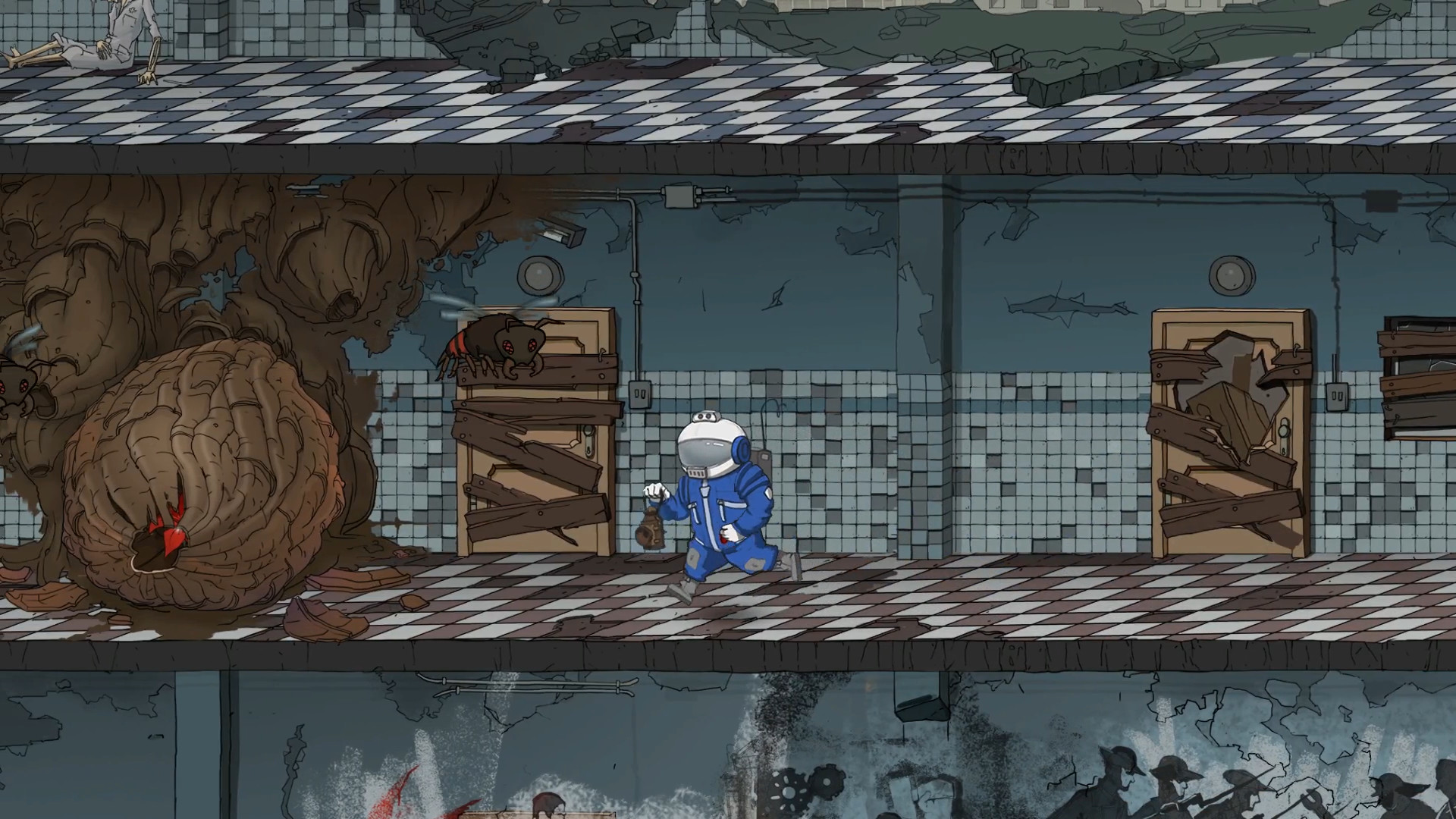 Time travel acts as the basis for the puzzles you solve. These mostly consist of finding objects in one time that help you overcome an obstacle in the other.

The problems aren’t hugely complicated. Usually, the only items you can interact with are relevant to a puzzle somehow. What you need each one for isn’t always obvious, though, and in later levels they get more creative. For instance, one is dependent on you learning about an affair and then nudging the people involved together as a distraction so you can pass them. If you engage with everything you can, eventually, it will be clear where you need to go. The frequency of autosave points means you have practically unlimited scope for trial and error.

The focus of The Great Perhaps is its melancholy atmosphere. There is a clear distinction between the brightly-coloured, bustling past and the bleak future in everything from the art style to items you find.

The big picture of a lone explorer wandering a ravaged world in search of hope is well executed. Unfortunately, you don’t get much of a chance to get to know any character well enough to develop an emotional investment in their story. There is an attempt at banter between Kosmos and L9, but not enough that you care about what they’re saying outside of suggestions L9 offers about how to handle different problems. 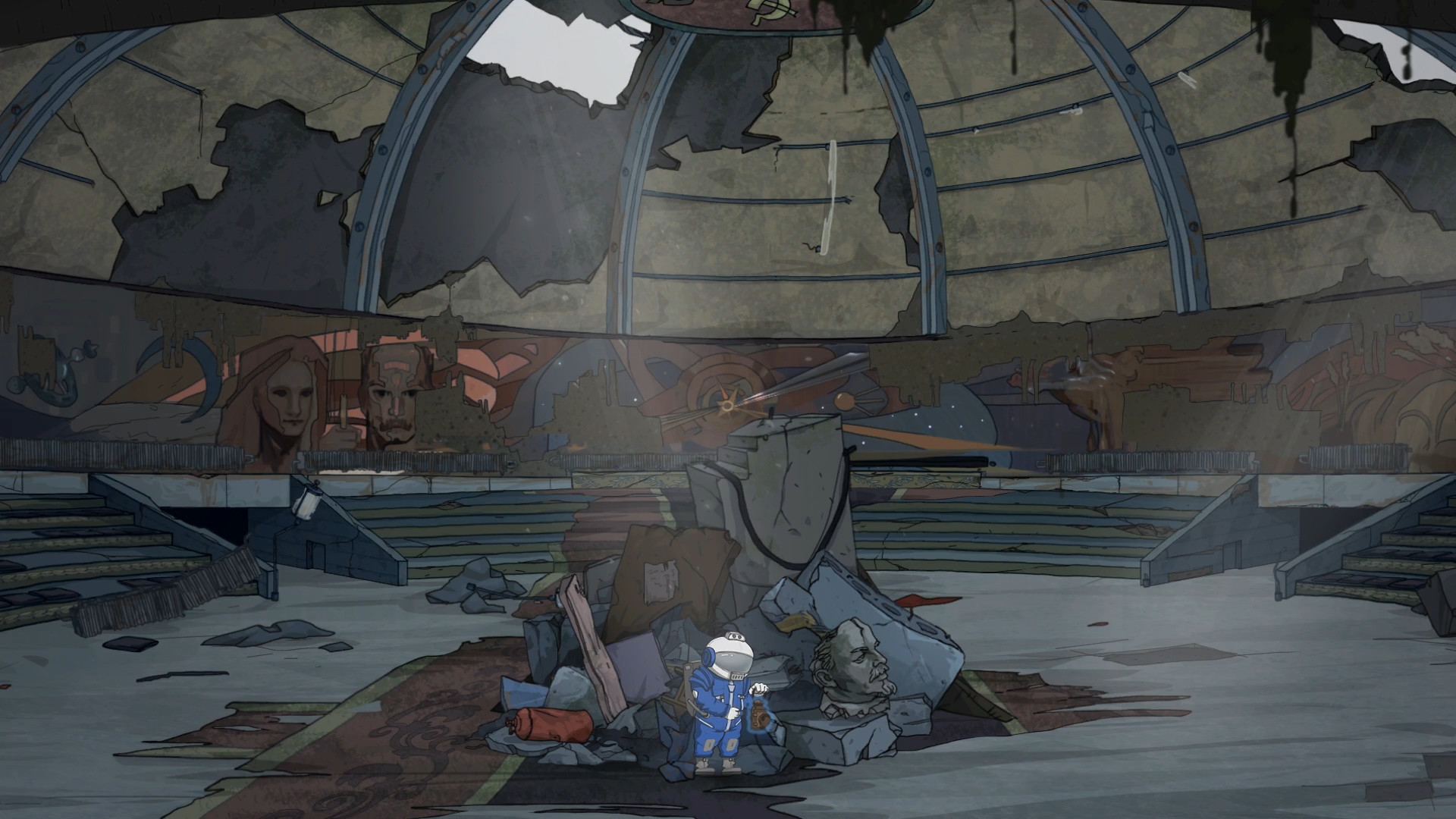 The story is slow-paced and doesn’t have much of a narrative. Other than the puzzles moving you from place to place, there isn’t a plot that drives you forward. You are briefly pursued by a mysterious black creature, but you never find out what this creature is, or where the lantern came from. Kosmos believes that if he can find the cause of the disaster, he can prevent it, but the game ends without offering any definitive answers. This feels like a purposeful decision that leans into the game being called The Great Perhaps, but a more explicit philosophical foundation would have been more satisfying.

The locations you explore show an intense distinction between the past and future. This would’ve been a great place to show a cause and effect relationship between mankind and its catastrophic future, but I didn’t notice many direct parallels.

There are patches of the game that drag a bit, but the detail in the art and sound is lovely. The puzzles are creative, but the simple mechanics will guide you to a solution.

The Great Perhaps uses cute puzzles to explore the before and after of humanity’s time on Earth, with a melancholy atmosphere that reaches for, but doesn’t quite grasp, the profound.