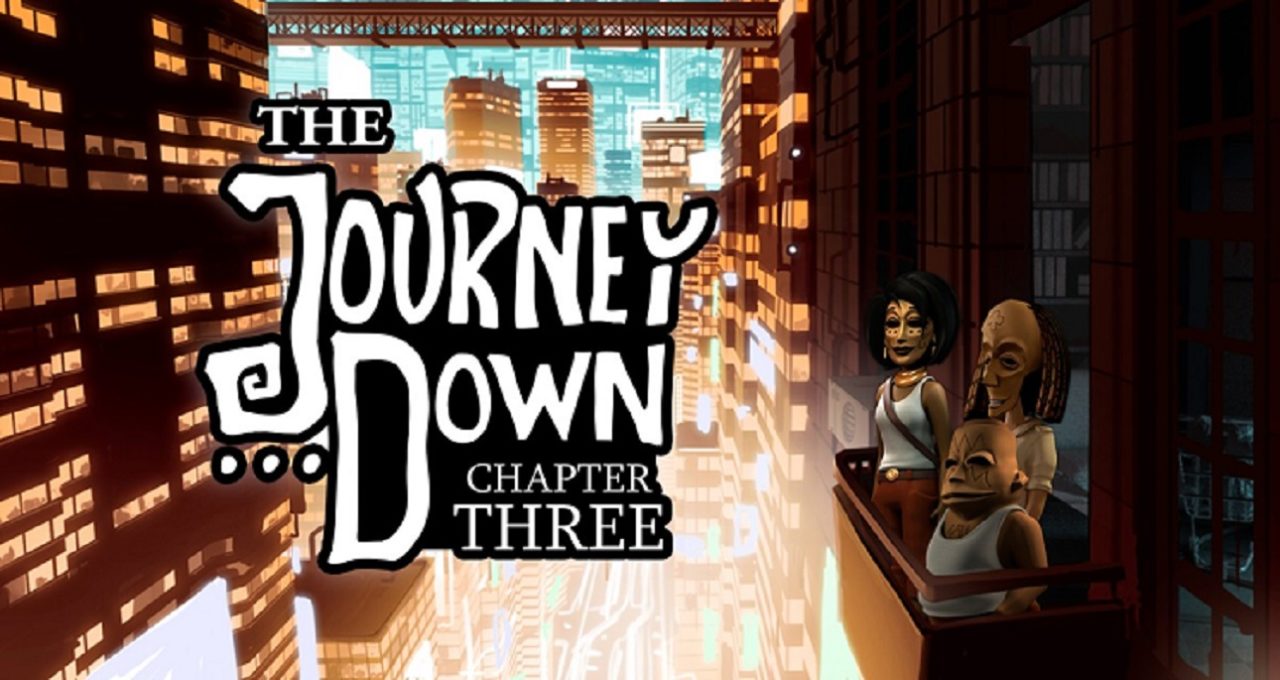 Everything comes together in The Journey Down: Chapter Three. The trio of Bwana, Kito, and Lina, are finally in the Underland. The cryptic Armando Power Company is revealed for what it is (I’m not spoiling it). Plots meld, and questions are answered, but how does the game fare as a finale?

The start made me think the storytelling was taking a detour into some different territory, but I was pleased to find out it was just a mythological folk tale metaphor for a natural disaster. This helps to ensure that the series remains mostly grounded as it were in its own style of realism. Some of the political themes hit close to home in certain ways, but since this is the last chapter of a three-part act, the potential to ruin surprises is higher than ever.

I will say that that the unexpected return of familiar faces made me smile. There are plenty of new characters as well. My favorite may be Pablo (who sounds like Cheech Marin). He’s a minor character, but he’s full of zest, and offers up lots of chuckles. So The Journey Down maintains its talent with supporting roles, while upping the humor despite some serious themes.

The presentation doesn’t really miss any beats. The background activity seems a bit more lively, and there’s more diversity in general. The soundtrack sounds jazzier than reggae (a blend I enjoy) and the new vocals are just as strong as the returning ones. If you liked the audio-visual package of the earlier games, you’ll like what’s here. Again, keep headphones nearby.

I’m going to renew what I mentioned in my review of Chapter Two, and that is some concerns with how the game flows. I’ve been thinking about this for a while, trying to put my finger on it. Ultimately, I think a lot stems from the episodic nature. So my hope is to see this trilogy revisited in outside of a digital-only presence on the eShop. I can see these quality games sitting on retail shelves.

While the episodic nature does it no favors on the Nintendo Switch, I’m glad to have experienced all three chapters of The Journey Down. I look forward to revisiting them again someday. Hopefully, SkyGoblin can compile them into a single package, or at least patch them to have recaps of prior events. If you’ve played through the first two, you won’t want to miss The Journey Down: Chapter Three, mixed ending and all.

While the episodic nature does it no favors on the Nintendo Switch, I’m glad to have experienced all three chapters of The Journey Down. I look forward to revisiting them again someday.