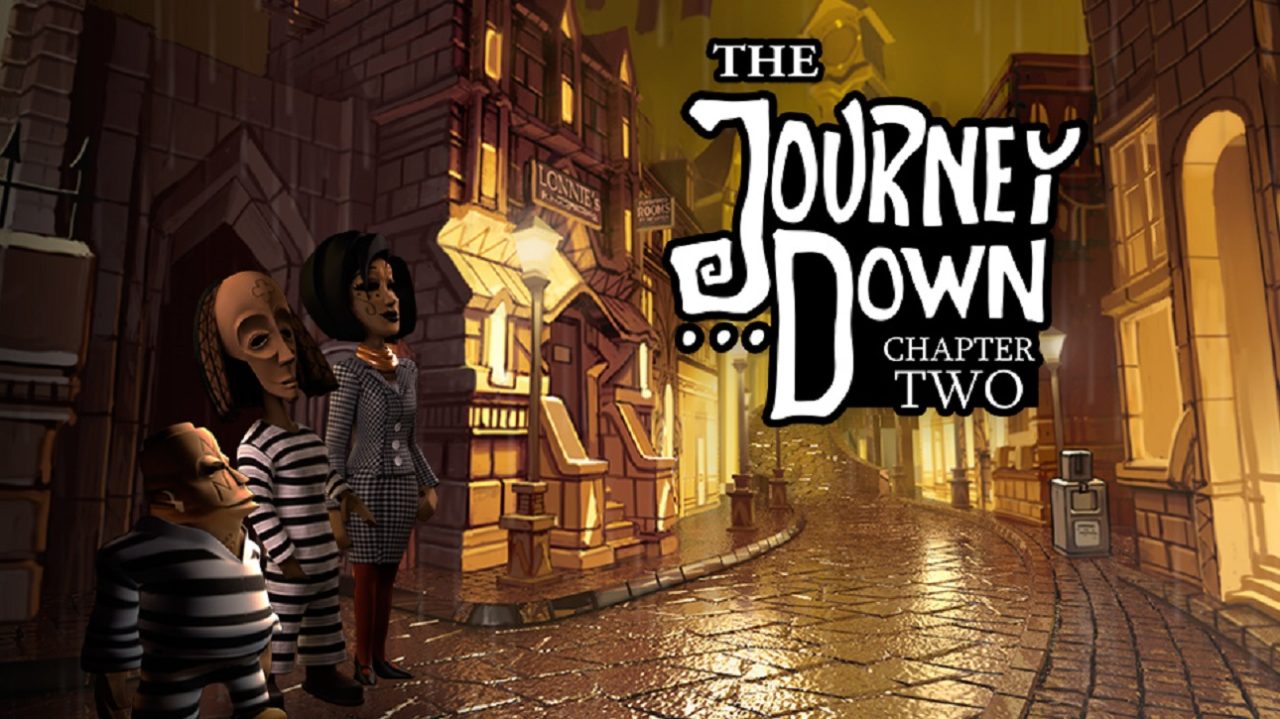 The Journey Down: Chapter Two picks up right where the first game ends, while curiously lacking a recap of the earlier adventure. So don’t let too long of a time pass between playing. This odd choice aside, the game continues much of what I enjoyed from its predecessor while setting up for the third, and final chapter.

Bwana is no longer a sizable fish in a smaller pond. He can’t even walk around freely, as the game opens with him and Kito having to escape from prison! I won’t expand beyond that for spoiler concerns, but Chapter Two is noticeably lengthier than its predecessor. You’ll learn more about supporting characters like Captain Kaonandodo (Bwana and Kito’s dad) and Lina, the traveling companion. The Underland is also expanded upon, after just being teased prior.

That said, Port Artue is a tad less of an interesting location. Part of it might be that the setting, and it’s new characters, lack the intimate feeling of Kingsport Bay and its residents. Also, you can’t ignore the feeling of potential not reached, as some locales are referenced but never visited. The environment certainly isn’t weak, and the characters are by and large still strong, but it could be even better.

The puzzles may contribute to this some as well. There are more of them, which is not a bad thing, but they lack some of the whimsy that the first game (and the genre at large) is known for. I also found myself doing some out of order. This can impact the rhythm of the story some, although the freedom is definitely nice.

The final puzzle is worth a mention for a couple of reasons. I was waiting for the credits to roll, yet found myself whisked to a new location, to tackle a puzzle that made little sense, even after a rare walkthrough consult. So there was an issue of flow, and I think the admittedly shorter first chapter had better balance.

Most of what I said concerning the aesthetics of the first game still apply here. So expect more great voice work, with the occasional fluctuations in volume. Some standout music tracks make for very good listening. One welcome graphical addition here is rain, a nice touch that is quite pleasant to look at.

The Journey Down: Chapter Two is bigger, but not quite better than its predecessor. However, in a three-part act, one chapter has to be the “weakest”, and rather this one than the opener. This game is still very good though, please don’t get me wrong. The increase in content and expanded story do the job of setting up what will hopefully be a thrilling finale.

The Journey Down: Chapter Two is bigger, but not quite better than its predecessor. However, in a three-part act, one chapter has to be the “weakest”, and rather this one than the opener. This game is still very good though, please don’t get me wrong.