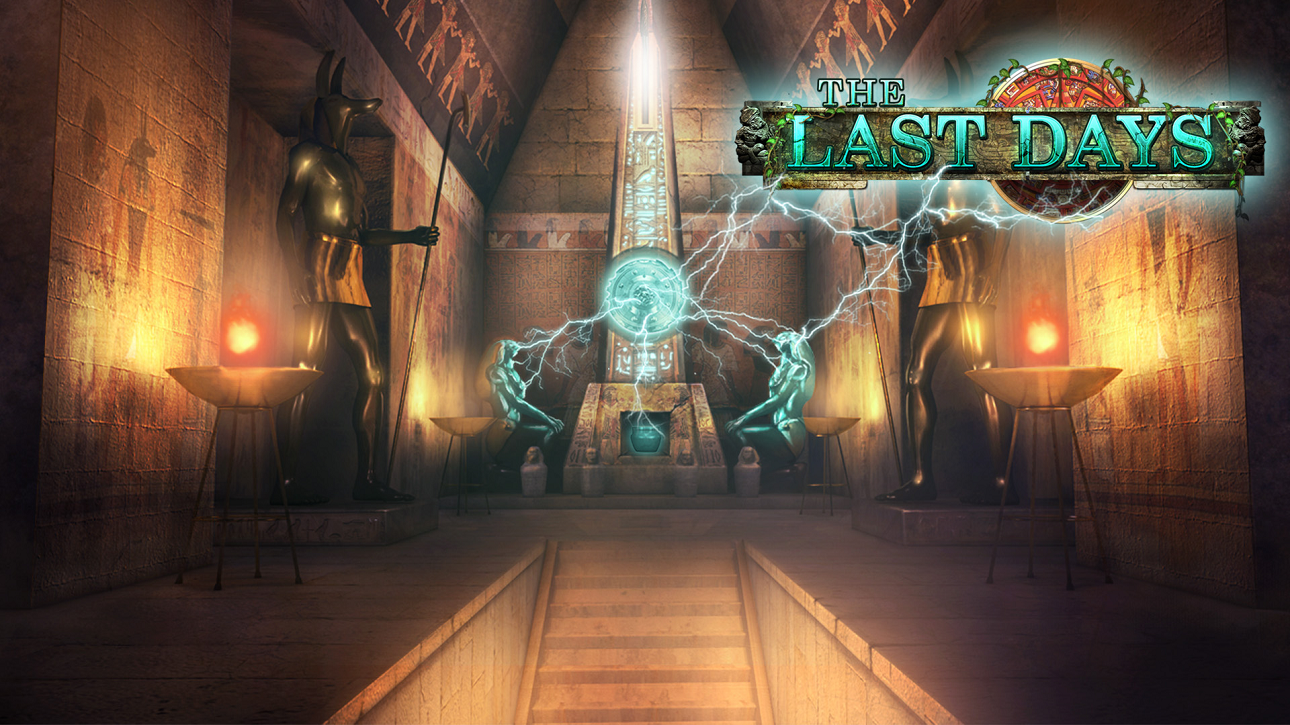 A port of an older release, The Last Days is dated, but does it still hold up in age? Not particularly. This doesn’t make it an automatic dismissal, but you need to be a real enthusiast when it comes to games like this.

The Last Days is a modest point-and-click adventure, with a sprinkling of puzzles and hidden object scenes. All show up in a limited fashion, making this game feel more like a quick snack than a satisfying meal. It’s strength, to the extent it has one, lies in its story.

While the fictional “defeat the enemy and save the earth” is a bit run of the mill, the way this game incorporates real mysteries is intriguing. Your in-game journal will fill with entries on Atlantis, the Bermuda Triangle, Bimini Road, and the Fountain of Youth, to name just a few. When I view this game as a catalyst to make me read up on history, The Last Days has some success with the questions it raises.

But a couple of blunders show up. The first I want to talk about is a hint bug. Typically, in titles like this, I use hints rarely, if at all. But I found myself using them more than expected (at least initially) until I acclimated to this game’s peculiar flow and rhythm; lots of rapid back and forth jumping between locales doesn’t always feel natural. Eventually, the hint button locked on a single suggestion, one I already completed. Not only did this bug make the button no longer usable for me, but it also resulted in regular pop-up reminders of a puzzle long past. Thankfully, the game became easy enough where I wouldn’t have needed more hints anyway, but this also made for a quick finish of fewer than three hours.

The biggest mistake in my estimation is the lack of optimization for the Nintendo Switch. Even though the press release said otherwise, this game only supports handheld play, for no apparent reason. So if you want to play on television (and for reading the tiny font journal entries, you probably would), you’re up a creek.

To be clear, the handheld mode itself works well enough for a game like this. But, now being familiar with several of their releases, Ocean Media seems to have a track record of games optimized in subpar fashion for the Nintendo Switch. Only supporting a single mode is rather thoughtless.

For a game that starts with a vacation in the Bahamas, The Last Days has a somewhat lifeless, static appearance. You’ll see some mild animations, like planes departing airports, a boat on the water, smoke rising from a factory, etc. But hardly any people. The music’s not bad, and fits, though it’s not especially memorable.

Given my fondness for hidden object adventures, I found a smidge of entertainment with The Last Days’ story elements. It’s a bit of a bush-league release overall, though, and the port has some evident issues. So, unless it gets a patch, I struggle to recommend to all but big genre enthusiasts.

Are you looking for something of this ilk, but better? If this game tempts with hidden objects gameplay, I once again suggest The Drama Queen Murder instead, also from Ocean Media.

Given my fondness for hidden object adventures, I found a smidge of entertainment with The Last Days’ story elements. It’s a bit of a bush-league release overall, though, and the port has some evident issues. So, unless it gets a patch, I struggle to recommend to all but big genre enthusiasts.