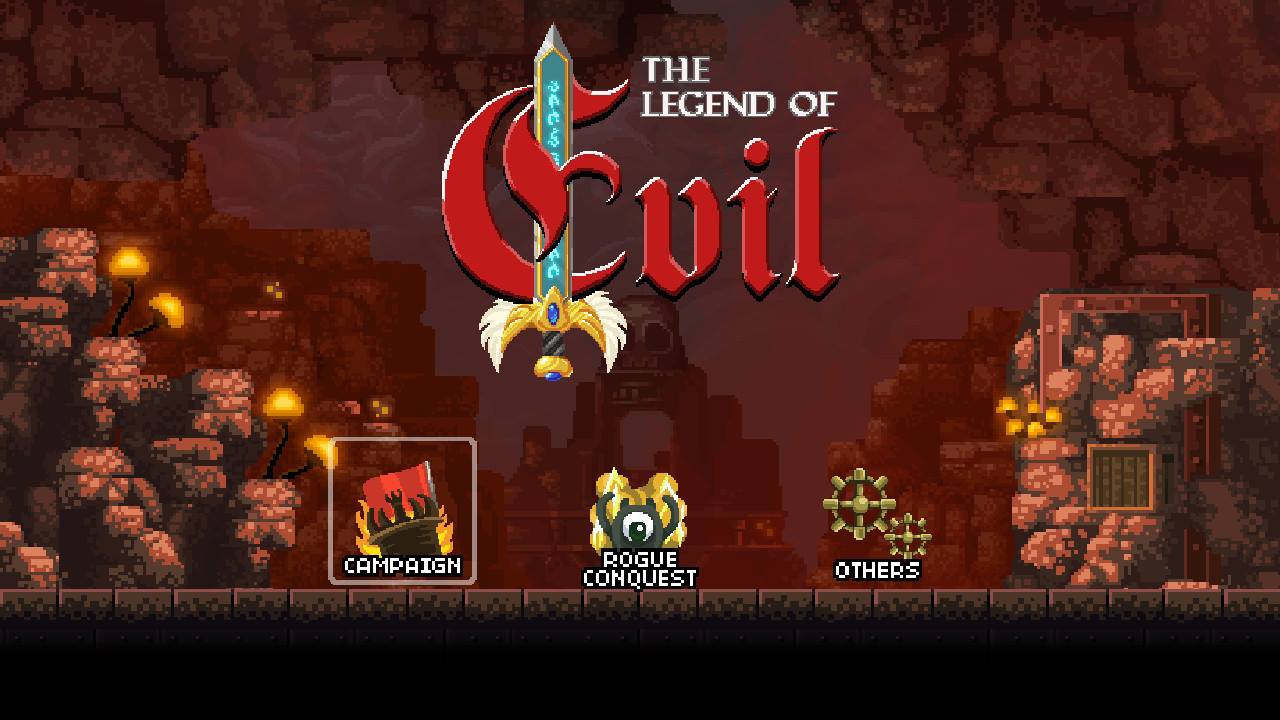 The Legend of Evil is a strategy, action, adventure game where you play on the evil side as Bill who tries to destroy mankind by summoning demons to destroy the humans’ tower while they try to destroy yours. It’s the ultimate battle of tower defense. 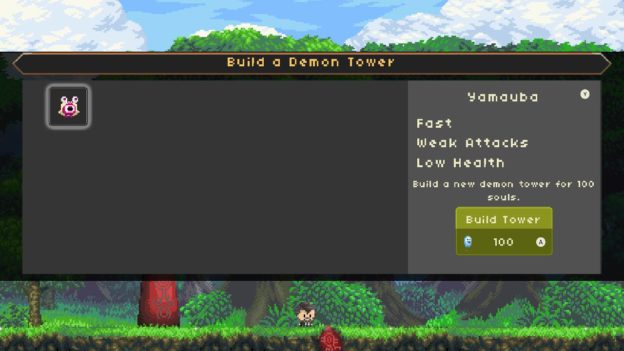 This games doesn’t have much of a tutorial. A character explains what you need to do and what your objectives are and then you’re thrown into the gameplay. However, no matter what level you’re on, the buttons always appear above your head whenever you’re able to interact with something. As Bill, your objective is to destroy the human tower at the other end of the level. You can freely move left and right while building towers of your own that create demons who will battle and kill the humans for you. It’s your job to make sure the towers are maxed out with the strongest demons.

The main mode of the game is campaign mode. The objective is to kill humans and take over their tower. Your core goal is to build towers which will summon demons. Those demons will collect souls and then you can use those souls to upgrade the towers which will create more demons and create more souls. There are also power-ups you can unlock for your towers the more you play such as Glue which slows the humans down as they near that particular tower. 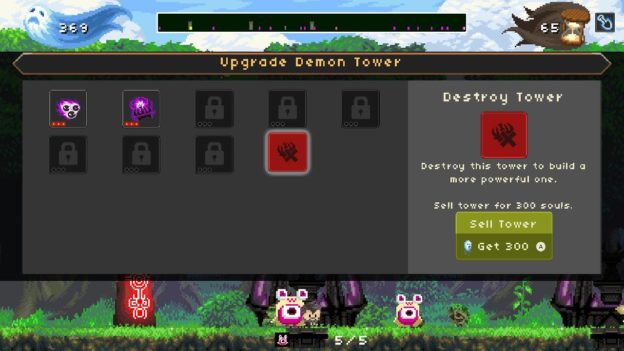 You’re only able to build a certain amount of towers but the souls get collected quickly and you’re able to upgrade the towers at a good pace. As you progress through the game, new demons who are more powerful will be unlocked along with other upgrades for the towers. You start off with 100 souls which allows a tower to be built with the weakest demons. The next demon you unlock needs 200 souls. You can start a tower with the weakest demons and then when you have enough souls, you can sell the tower for a certain amount of souls and rebuild it with the stronger demons.

Campaign mode is hard. It doesn’t seem like it, but there’s a lot of strategy that goes into the gameplay. There are 20 levels and I got stuck on level three for quite a while. It’s one thing to go through the towers and build them where you need them with certain demons, but you need to know what to start with and where to start. There are three towers to build and sometimes it make sense to start in the back and other times it makes more sense to start building in the middle. If you fail, there are no consequences. You have the option to retry the level, which makes these levels a lot of trial and error. 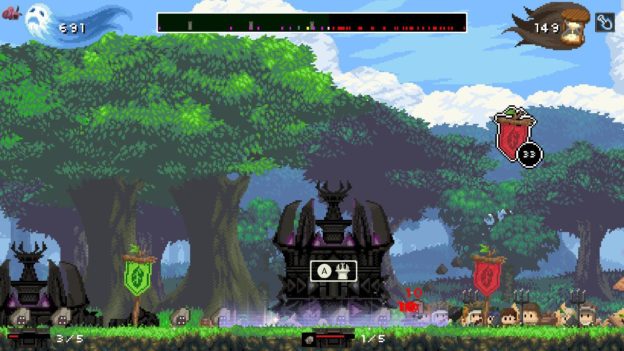 You can press the down button on your Joy-Con to dash which is more helpful than it would seem. The levels are small but in order to collect souls faster and check on where your demons are or where the humans are, dashing while the clock is ticking down makes things easier. Yes, each level is timed. While the game gives you a couple of minutes, it feels like there’s not enough time at all to win the level. There were many times I panicked with 30 seconds left and ended up winning thanks to my lovely demons.

As your demons do the dirty work for you, you’re able to find glowing spots in the ground and dig. This will give you extra souls or coins. The coins can be used to buy certain demons and upgrades in the other mode, Rogue Conquest. This mode is similar to Campaign, but it’s easier. Since you can buy demons and upgrades, this mode allows you to go through certain levels and strategically plan ways to win. Whatever you learn from Rogue Conquest you can try to remember for Campaign. However, no two playthroughs are the same in Rogue Conquest. 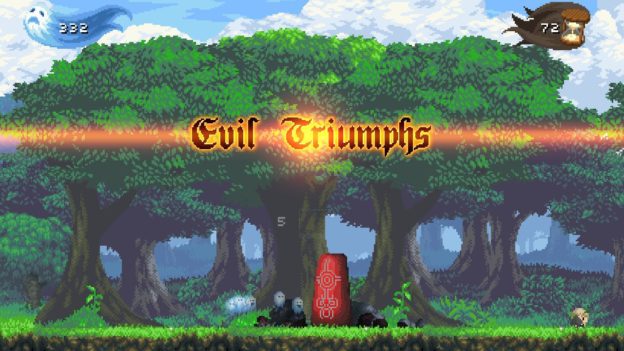 The graphics for this game are charming. I enjoyed the small pixel characters. There’s not much to the characters themselves, especially the humans. Bill looks pretty cool and there are a handful of avatars to choose from in the Rogue Conquest mode. I found the towers look pretty cool even though the background and levels themselves weren’t anything fancy. The best were the demons. They were all unique and their upgrades looked like evolution forms of them.

Overall, this is a fun game. The Legend of Evil looks nice with its graphics, fun music to play to, and tricky strategic gameplay. The characters, when they spot, were snarky which was an added charm to the game. It seems short with only 20 levels, but these levels take a while to get through. The Rogue Conquest mode adds for extra hours of gameplay. This one is worth a try, especially if you want a chance to be on the dark side for once.

The Legend of Evil is a charming strategy game. The gameplay is tricky with 20 unique tower defense levels with an extra mode. This one is worth a try.