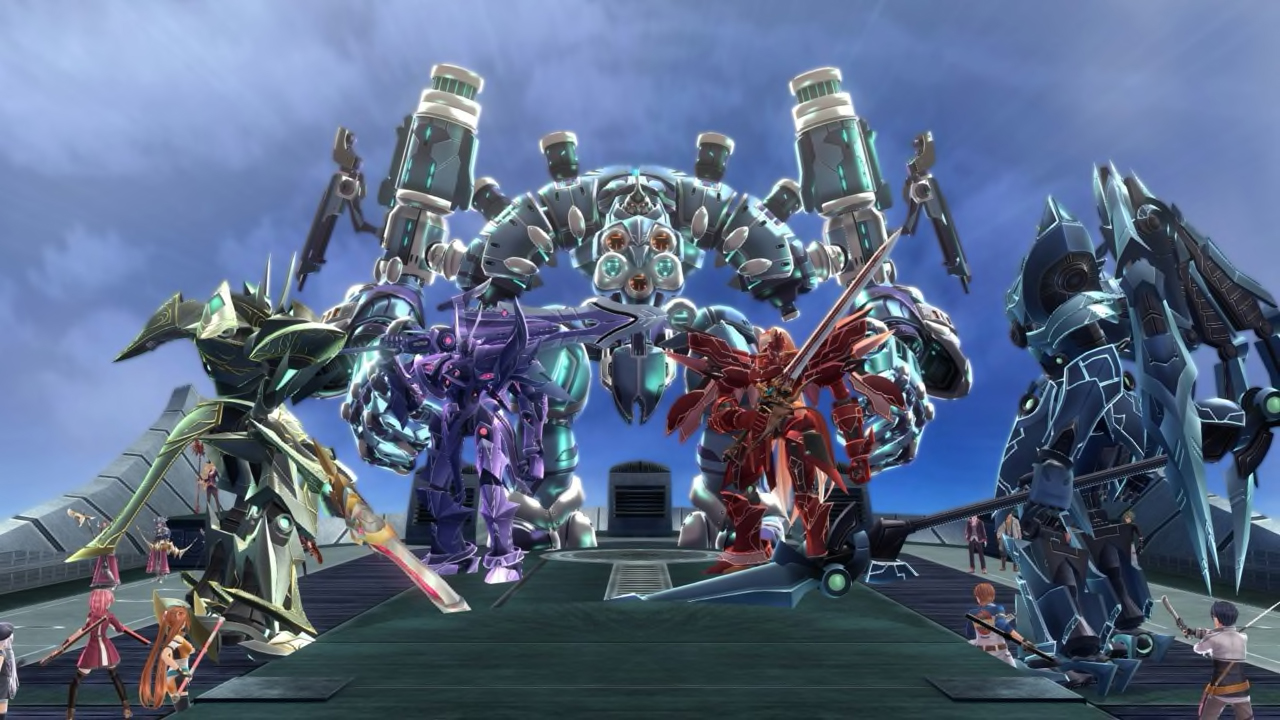 In a Class VII by itself.

The opening of Legend of Heroes: Trails of Cold Steel IV is so convoluted that it seems to be warning players to not start here. It throws us into battle with unfamiliar characters, and it gives us a slow, lengthy overview of what’s happened after the final events of Trails of Cold Steel III. Starting that game without having played I and II (neither of which were available for Nintendo systems) was hard enough. Starting with IV would be impossible.

Thankfully, once IV decides to get going, it rarely lets up. I won’t go into too many details on the plot for fear of spoiling the ending of Trails of Cold Steel III. I’ll just sum up by saying we start two weeks after that game’s final battle, with New Class VII attempting to pick up the pieces. This mostly involves teaming up with Old Class VII and various others to find their missing allies and answer some big questions.

This isn’t easy, however. The kingdom of Erebonia is on the brink of war, exacerbated by some form of a curse that has driven the citizens to an agitated state. 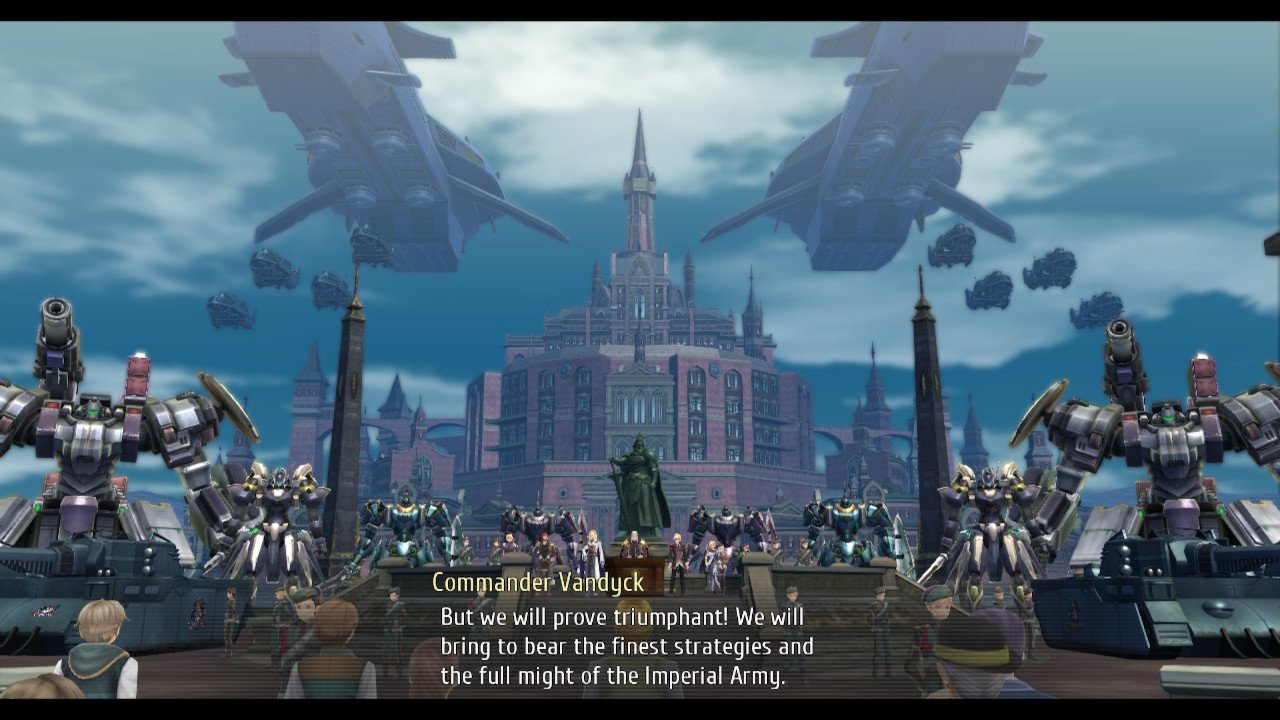 As such, our large band of heroes has to move clandestinely throughout the kingdom, always unaware of exactly whom they can trust. As players, we know we can trust New Class VII—Juna, Kurt, and Altina—but this series is determined to swap alliances often and put us in control of people we were fighting just hours ago. You never really know what’s going to come next.

Confused? That may be the point. The Legend of Heroes: Trails of Cold Steel series provides a massive tale of friendship, loyalty, betrayal, political intrigue, history, and (of course) heroics. It’s so big that there’s a difficulty mode set specifically to let you breeze through battles so you can just enjoy the story. Even then, this entry will take you upwards of 100 hours to complete.

And if you’re a fan of JRPGs, you’re going to love every minute of it. Nintendo owners who read up on I and II (or were lucky enough to play them on the PS3) and worked through III will be rewarded with an epic adventure full of exhilarating moments that rival the best animes you’ve seen lately. 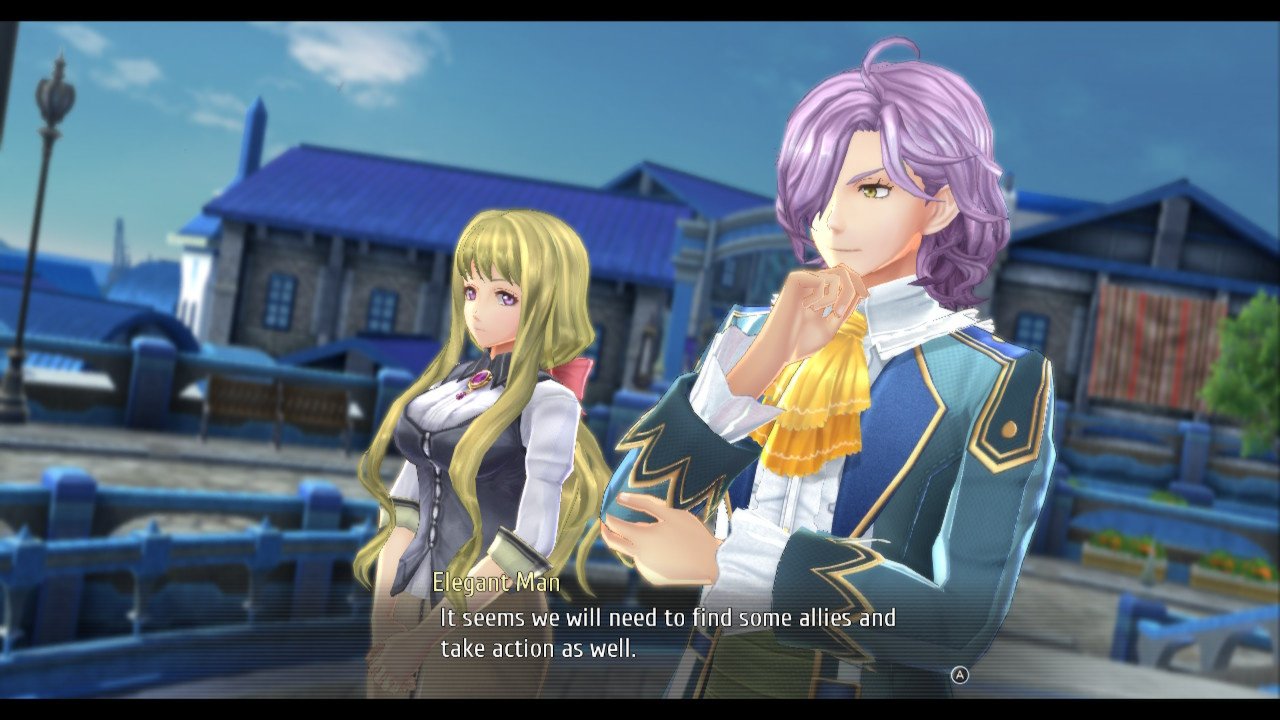 Combat is turn-based, fueled by a mixture of standard attacks, arts, and special attacks at your disposal. Although the story focuses on around 10 specific characters, you’ll cycle through a few dozen throughout the course of the game. This helps to keep the battles fresh over the long haul, although it also means you could devote hours to customizing and tweaking them all. They each get specific weapons, and it’s not hard to just upgrade armor when it becomes available (provided you have the mira), but there are also many orbs you can acquire, assign, and upgrade to control the arts that are available to each character. Many enemies are really only vulnerable to arts, so you want to have the right ones handy. They can be used to attack, heal, apply and remove buffs/debuffs, etc. They take time to cast, however, which can allow the enemy time to wreak their own havoc. 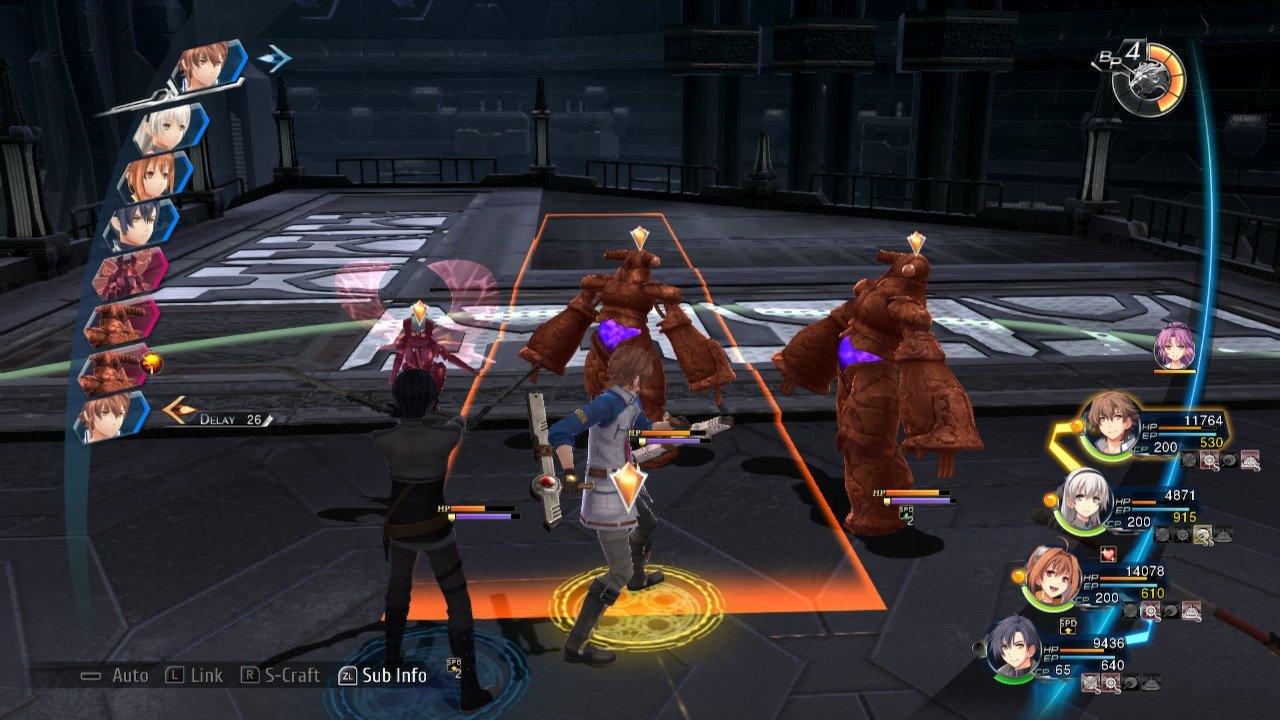 With smaller battles (and there are many), you can push through using just your main attacks and arts. Larger battles, however, require you to eventually work the enemy into a break state, at which point you can unleash devastating attacks for severe damage. Strategy and timing are key to this system, but there’s more…

You can also increase the relationship between characters, which allows them to utilize a growing list of support skills that can be crucial. You can even set up the initial battle formation to ensure your ranged attackers and support crew are in the right spot. Trails of Cold Steel IV has upgraded some elements of this battle system, but anyone who worked through III will quickly become comfortable.

As before, the gameplay is split between tasks to complete in towns, battles to fight between towns, and dungeons to explore. You can expect plenty of conversations as you explore, as many citizens will have tasks for you to complete or items to hand over if you talk to them. You can trade in certain items for better ones if you complete their collection, but they’re often easy to miss. I do recommend a walkthrough if you want the best stuff. There are also recipes to learn and cook for trades and for buffs in battle. There are fish to catch and sell. There are even minigames to play, including a tactical card game (of course) and a version of Puyo Puyo. Thankfully, you don’t need to do all of this…it’s just there. Play on the easier modes and most of the customizations aren’t necessary. On the harder modes, however, you’ll definitely want to make use of the items you get through these diversions.

Whether you’re traveling between towns or exploring the dungeons, you can see the enemies on the battlefield. Sneaking up on them puts them closer to their break state when you start the fight, but you can also choose to avoid them altogether. Whether you need to spend time grinding will depend upon your selected difficulty level, but you can switch it at any time. In fact, after losing to the game’s bosses, you’re asked if you’d like to try again at an easier level. It’s a nice feature if frustration is starting to set in. 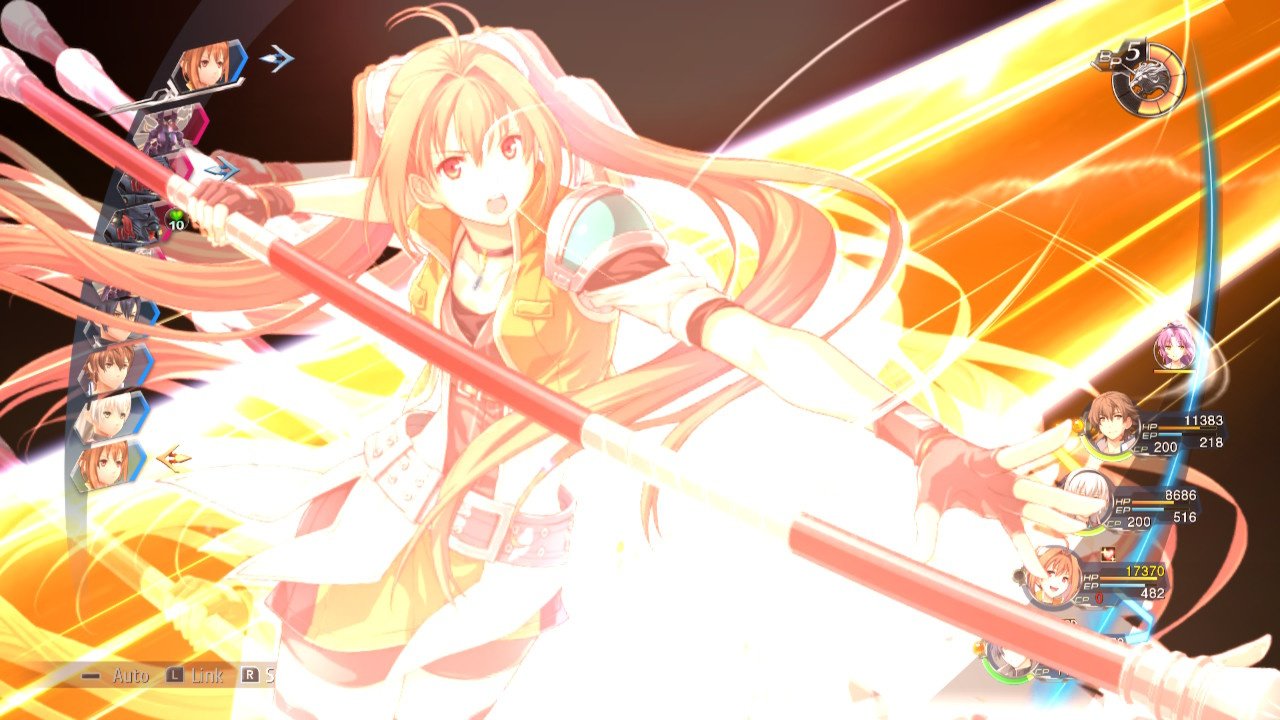 Unfortunately, a few issues do hamper what would’ve otherwise been a stellar gaming experience. The game is constantly loading something, and those black loading screens sometimes kill the flow of the more dramatic moments. Worse, some of the boss battles and exposition are so lengthy that you can become stuck with half an hour to forty-five minutes of gameplay without a save point. Pro tip? Never approach an exclamation mark right before bed or a trip out the door.

The audio occasionally seemed off, too, especially at the beginning. It was so empty that I ran a speaker check to make sure they were working. Also, the results of beating the trial chests lacked key information throughout the game’s entirety. 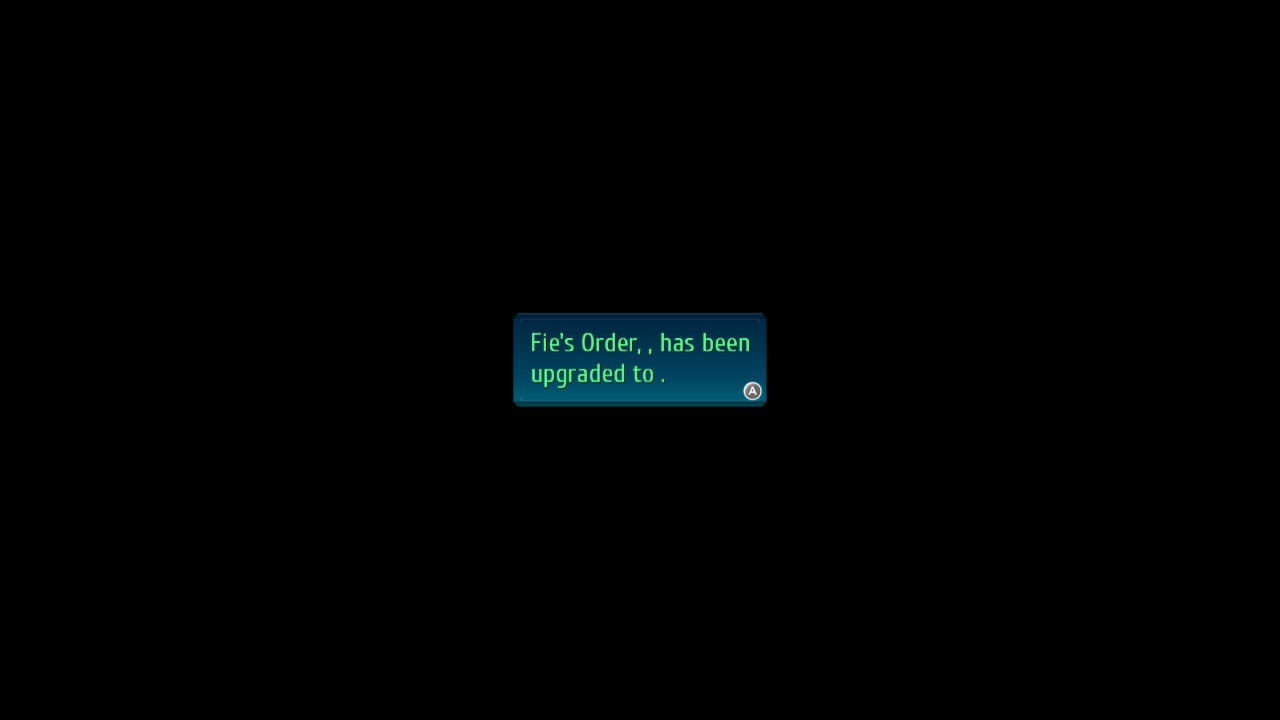 Finally, the story does start to drag in the back half of the game, and we descend a bit too far into the harem approach that JRPGs often take. It felt unnatural and cheap with these characters, but thankfully never gets too bad.

Still, none of that scarred the overall experience of racing through Legend of Heroes: Trails of Cold Steel IV. Although the myriad customization options do get convoluted, you can push through the game without having every single character perfectly decked out. The battles remain fun throughout, and the game is constantly changing the scenery and the people who populate it (including many options for different outfits that you can acquire in-game or purchase via DLC).

What really pushes things along, however, are the game’s characters. Even the most incidental participants—good, bad, or somewhere in between—have backstories and motivations that will hit home with players. The developers use this to drive us towards many big moments that can elicit cheers (although they perhaps rely a bit too much on third-parties coming in for the dramatic save). And honestly, it’s refreshing to have the heroes attempting to prevent a war as opposed to trying to win one. 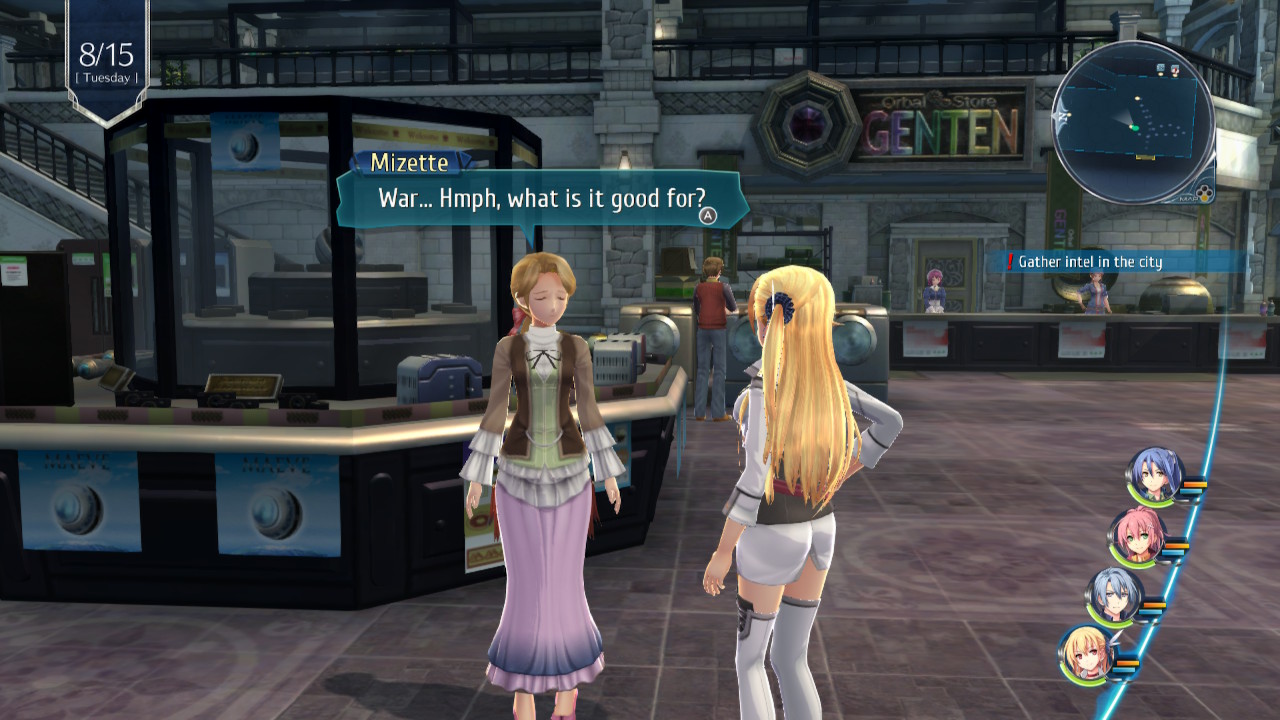 The story and the battle system ultimately come together to create an incredibly rewarding experience for those who have spent so much time on these games. Switch owners who completed Trails of Cold Steel III will be thrilled with IV, but you in no way, shape, or form want to start here. We should probably abandon hope for Switch ports of Trails of Cold Steel I and II, but I’m thankful for the abbreviated time we did get with the series.

The Legend of Heroes: Trails of Cold Steel IV is massive. It’s massively fun and massively rewarding. Fans of JRPGs can get delightfully lost in its deep story, its numerous characters, and its battle system that provides a ridiculous amount of options for customization. Just make sure you’ve played Trails of Cold Steel III (and have at least read up on I and II).