The LEGO Movie 2 Videogame for Nintendo Switch is the sequel to the game based on the movie, which is based on the colorful bricks we all know and love. I mean, the title says it all, really. It’s also the latest in a long, long line of LEGO games. We know the ropes by now, so how does this one stack up against the rest? Pretty well, as it turns out.

This game has a good reason to try harder than most. Sequels are frequently less appealing than the original. Games based on movies also have a bad reputation. In 2019, LEGO games are becoming long in the tooth. Thankfully, what could have been a lazy game instead beats the odds by combining old and new elements into the LEGO gaming world. 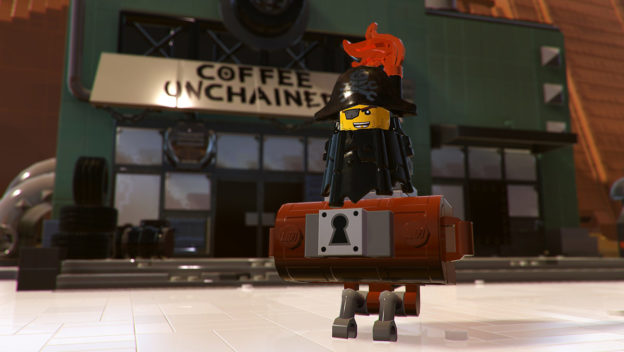 The LEGO Movie 2 Videogame is divided into three systems, each home to a number of planets just ripe for exploring. You’ll find areas based on both the first and second movie in here. For example, you can explore the Old West. Your adventure begins in Apocalypseburg, one of the seven planets in the Systar System. Another six sit in the Rex-Plorer System. Finally, there’s the Galactic Outskirts, which hold locked planets promising free downloadable worlds in the future. 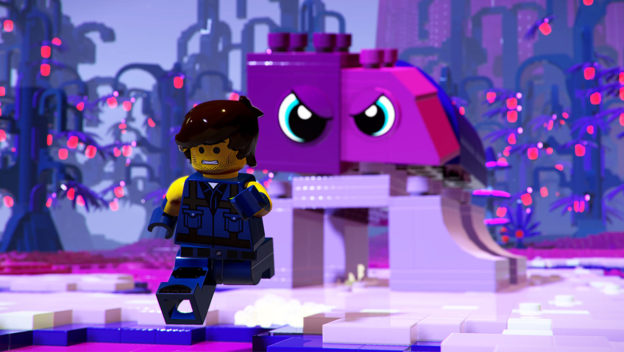 There’s plenty to do in the LEGO Movie 2 Videogame, and I love the way you can choose your own adventure. There is a story to follow – loosely based on the new movie – but there are sections that are free to explore, where you can make your own story by helping characters with side quests. This adds variety and longevity to the game, since you’ll be coming back for more after completing the story. It also lends itself to exploration and sandpit mechanics, rather than merely beating up bad guys. There are puzzle elements too, and these all work together well.

As with most LEGO games, apart from the main quest, you’ll work toward completing the game with 100% by collecting everything – and there’s a lot to collect. Purple bricks are the main collectible, hiding in hard-to-reach places or serving as the reward for completing missions. There are bricks and coins to collect too, which are used to unlock other items, like characters, vehicles or Build Pages. The latter is a new feature that allows you to build certain objects to help you within the game – like a trampoline to reach new areas. It’s a nice touch that you need to collect the right colors to build the object. 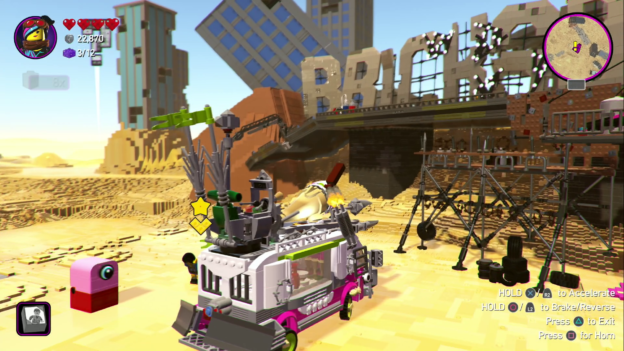 The graphics are great, as bright and colorful as the movie. The characters move in a stop-motion kind of way, not as smoothly as previous LEGO games. This fits in with the movie’s depiction of these characters as static LEGO minifigures that are simply being moved around by kids.

The audio is a highlight too, with many bright and poppy songs and remixes from the movie. The voice acting is well done, though I’m fairly certain it’s not the same voice actors as the movie. Chris Pratt and friends don’t seem to have been hired for the game version, and some impersonations are better than others – Batman is indistinguishable from Will Arnett, for example. Others are accurate enough to get you by. Emmett himself barely speaks for some reason, simply making “oof” noises when he’s hurt. 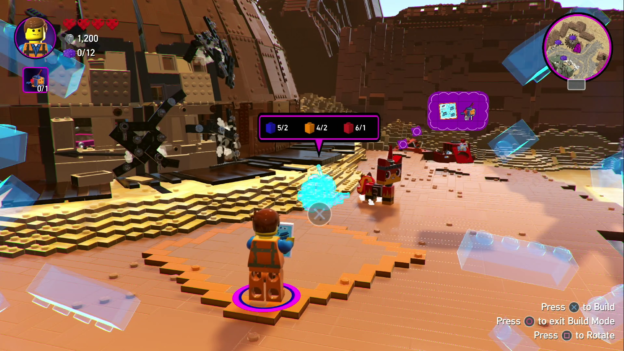 Once unlocked, you can swap characters any time during play. And everyone is here, from Benny the astronaut to President Business. A second player can drop in or out via co-op mode, a common feature in LEGO games by now, and this works well. 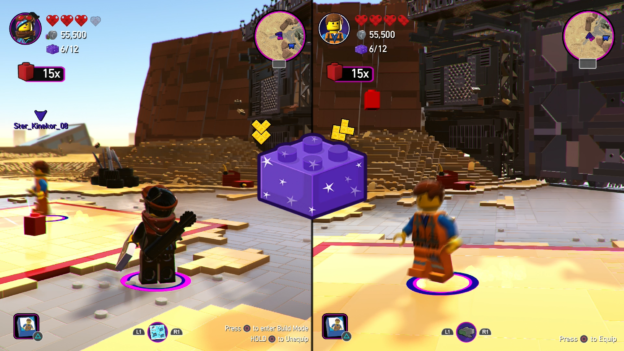 There are a few negatives that stop this from being completely awesome. Another LEGO game staple is long loading times, and the LEGO Movie 2 Videogame is no different. There are some painfully long loading times when switching between planets. Thankfully, with so much to do on each one, these are generally not an issue for every play session. Once you start switching between planets more frequently – say, to hit that elusive 100% target – things become more irritating. On the bright side, you’ll have plenty of time to fix a snack or make some tea while it loads. Even returning to the main title screen from within the game takes a long time.

There are also a few glitches. I’m not even sure what triggers them, but occasionally you’ll be happily playing when – bam! – the game throws an error message in your face and you’re forced to restart. This happened more than once during my first hour, but rarely after that. A few other oddities were noticed, like when my vehicle was destroyed during a race, yet I was able to complete the race on foot. I guess I got the purple brick at least. 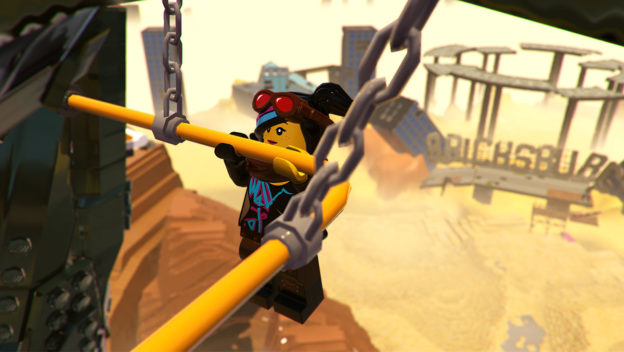 Overall, the LEGO Movie 2 Videogame is a fun game and a great addition to the LEGO collection of games. It’s not my favorite game (will anything ever beat LEGO Star Wars?) but I’m happy to report that it’s well made and entertaining. The mix of exploration, sandpit and story elements makes it feel fresher than recent entries. It’s also just cool to walk around as Emmet or Wildstyle while talking to the likes of Batman and Unikitty. This one is worth checking out, especially if you’re a fan of the movie.

This fun game is a great addition to the LEGO collection of games. It’s not my favorite game (will anything ever beat LEGO Star Wars?) but it’s well made and entertaining. The mix of exploration, sandpit and story elements makes it feel fresher than recent LEGO games. Plus it’s just plain cool to walk around as Emmet or Wildstyle while talking to the likes of Batman and Unikitty. It’s worth checking out, especially if you’re a fan of the movie.