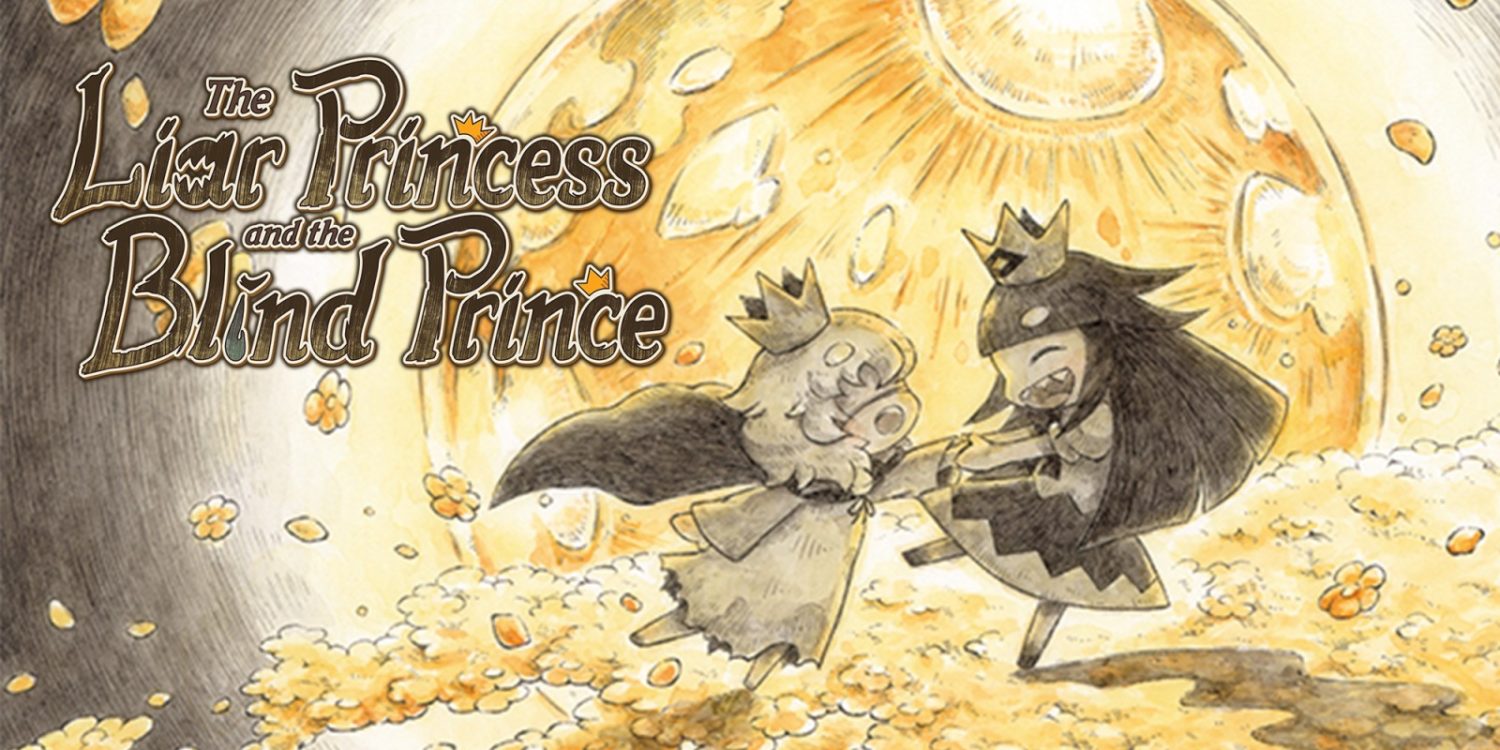 If the title of this game sounds like it’d make a good bedtime story, you’re in the right frame of mind. The Liar Princess and the Blind Prince tells a somewhat gentle fable of love and adventure with the underlying darkness you’d expect from a fairy tale, and it comes together pretty well on the Nintendo Switch.

Our liar princess isn’t a princess at all; she’s a wolf with a wonderful singing voice. Her melodies enchant a young prince who one day decides to find from where the singing is coming. Having been taught to fear humans (and because she believes the prince will be terrified of her), the surprised wolf lashes out at the prince and accidentally claws his eyes out. 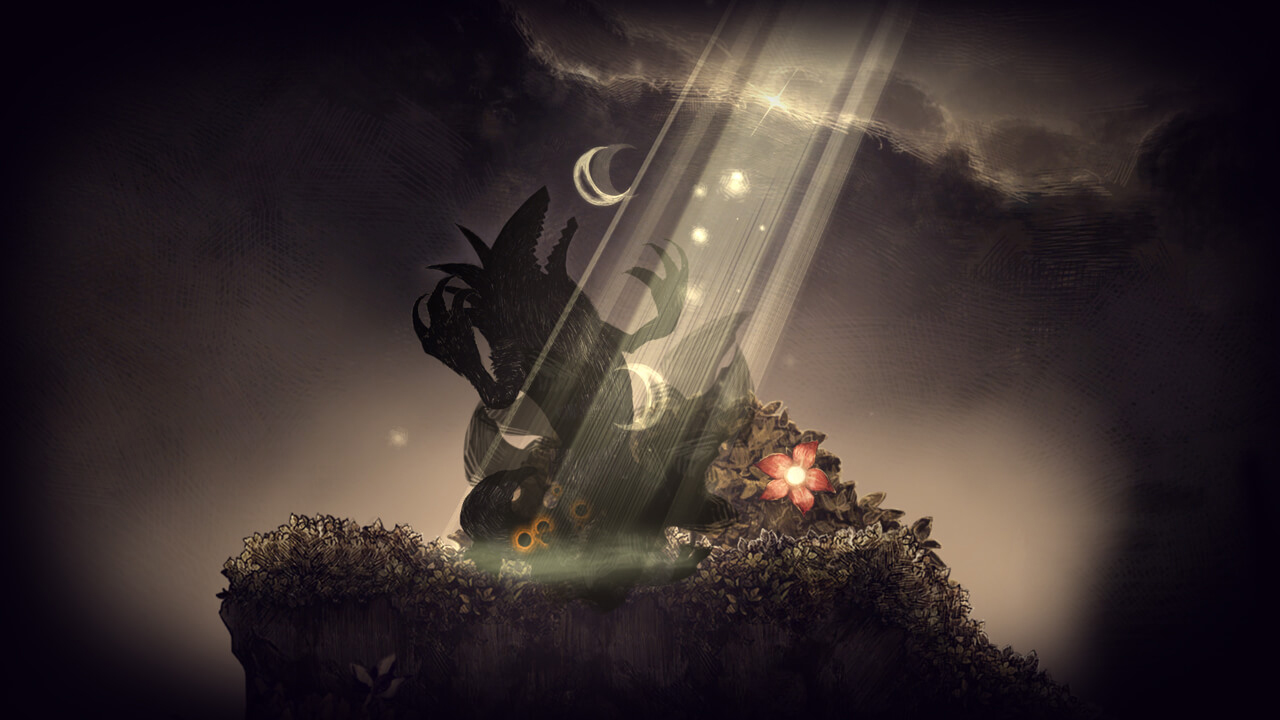 This being a fairy tale, of course, the villagers decide to throw the prince in prison because of his newfound “hideousness.” The wolf feels guilty and seeks the help of a creepy witch who has apparently seen The Little Mermaid too many times. She gives the wolf the power to turn into a princess on command so she can get to the prince and lead him to salvation, but the witch takes the wolf’s singing voice in return.

This happens over the course of about 10 to 15 minutes, providing a wonderful fairy tale feel but a painfully slow start to a platformer/puzzle video game. That balance continues to be an issue throughout, with the fairy tale winning. The storybook style graphics are the game’s true highlight, sticking with the same general colors throughout. This is accurate for a printed picture book, but not so great for a game with multiple levels and locations. 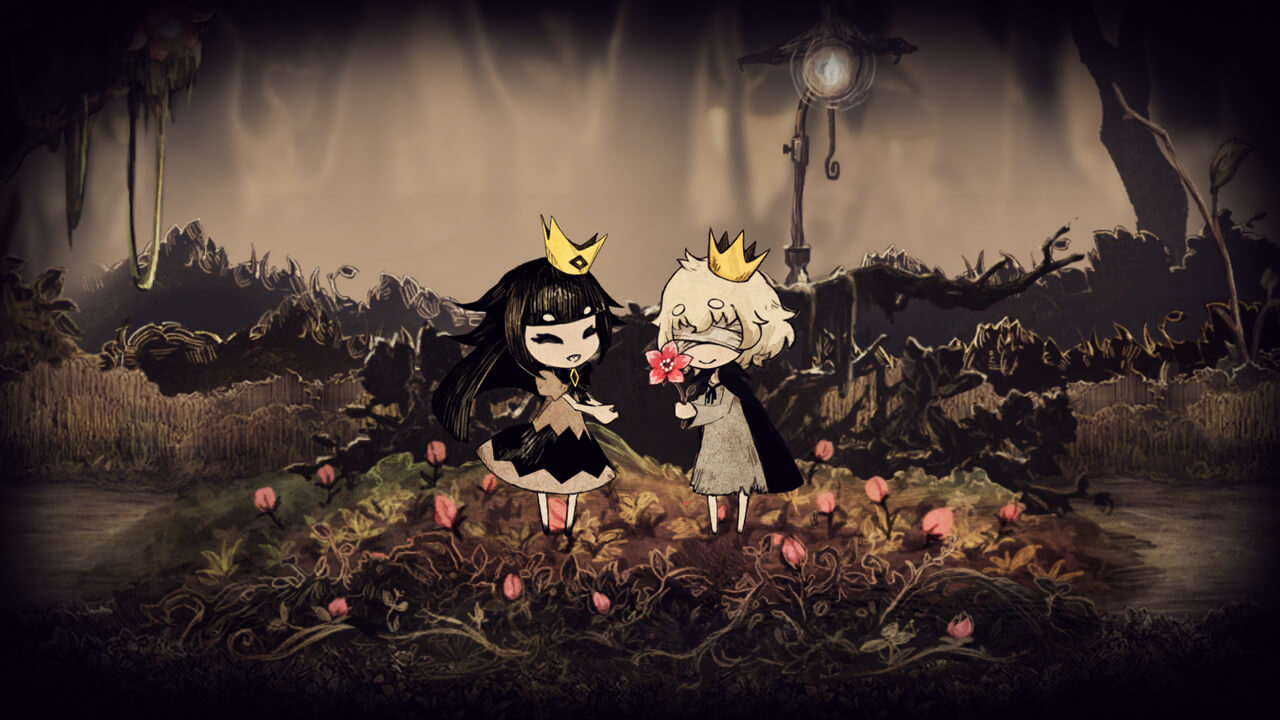 Like most good fables, the story itself manages to be both cute and cautionary. You like the characters even if the princess is actually quite selfish and the prince is a bit of a dolt. They meet many interesting NPCs along the way who add to the charm and provide a heavy dose of conflict and morality struggles. I was determined to see how their story would end from the moment the liar princess first lead the blind prince into the forest.

Getting there, however, was often a struggle due to the gameplay. Being blind, the prince doesn’t move on his own. You control the princess, and, in human form, she can take the prince’s hand by holding down the Y button (how cute is it that they smile when holding hands, then stop when they let go?). Releasing Y will leave the prince behind, which presents problems when you have to issue other commands while guiding him (including something as basic as jumping). A lot of the control issues could be solved by tapping Y once to take his hand then tapping it again to release it, or even just mapping the hand-holding to the ZL or ZR buttons.

As the game progresses you learn more commands to issue to the prince: stand over there, pick this up, carry this with you, etc. The princess is extremely bossy, but I guess she has to be in order to keep the prince alive. These commands are used to solve puzzles as you make your way through the forest, and that provides the bulk of the gameplay. Most are pretty easy to figure out, some are tricky, and many can result in your and/or the prince’s death if you’re not careful. Thankfully, the game will mostly start you back at the beginning of the puzzle should you fall too far or succumb to the myriad dangers of the forest. 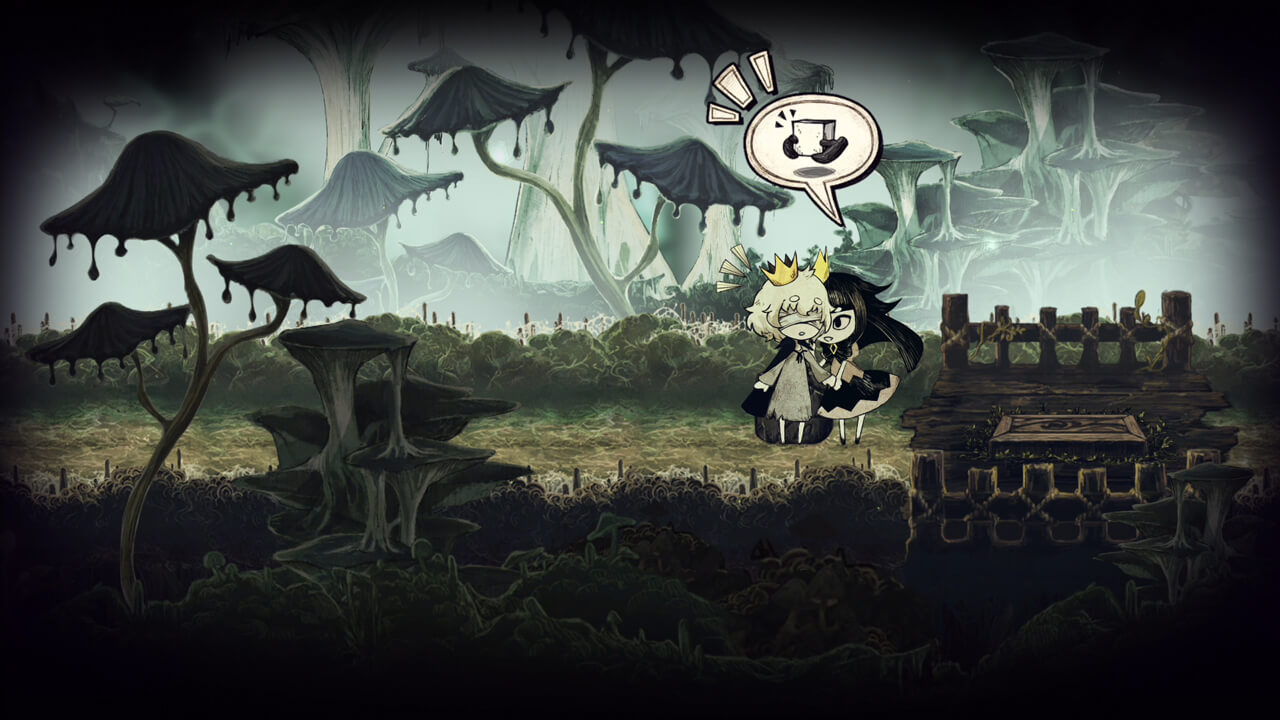 Regarding those dangers, the princess is not defenseless. When she switches back to wolf form by hitting the X button, she’s practically invincible. As a wolf, she can easily kill most creatures who would otherwise eliminate her and the prince in a single touch. She can also jump much higher and fall further. As a result, becoming a wolf is more about puzzle solving than combat. When she’s a wolf, however, she cannot lead or command the prince, so he has to be stashed somewhere safe while she’s doing the lupus thing. 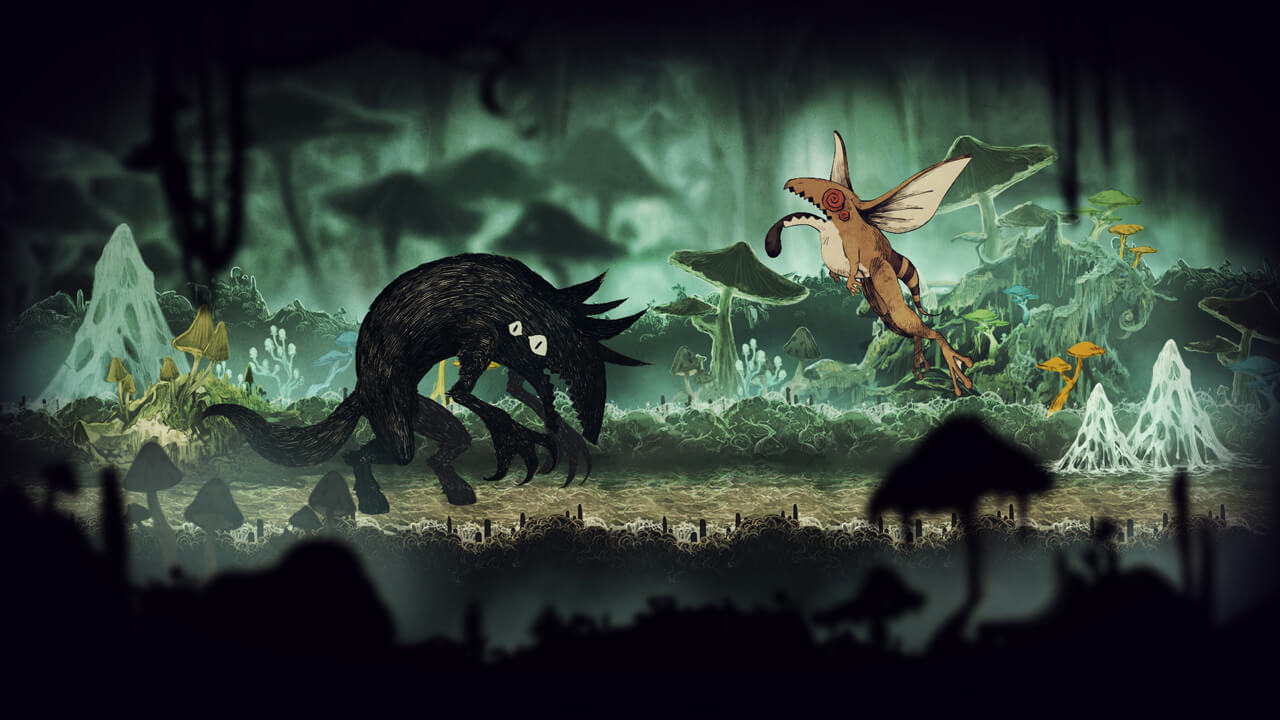 Everything in The Liar Princess and the Blind Prince comes together as it should, creating a fun, surprisingly poignant excursion into childhood fantasy. The developers definitely had a vision for this game, and they nailed it. However, if you strip away the story and the game’s wonderful presentation, you’re left with rather bland puzzles and a somewhat awkward control scheme that wouldn’t hold up outside of this environment. And although a game like this seems built for portable mode on the Switch, the visual details are best experienced when docked (the text is easier to read, too).

If you tend to play games for the story, you’ll find plenty to like about The Liar Princess and the Blind Prince. If you’re more about the puzzles and the platforming action, however, it’d be best to leave this particular storybook on the shelf.