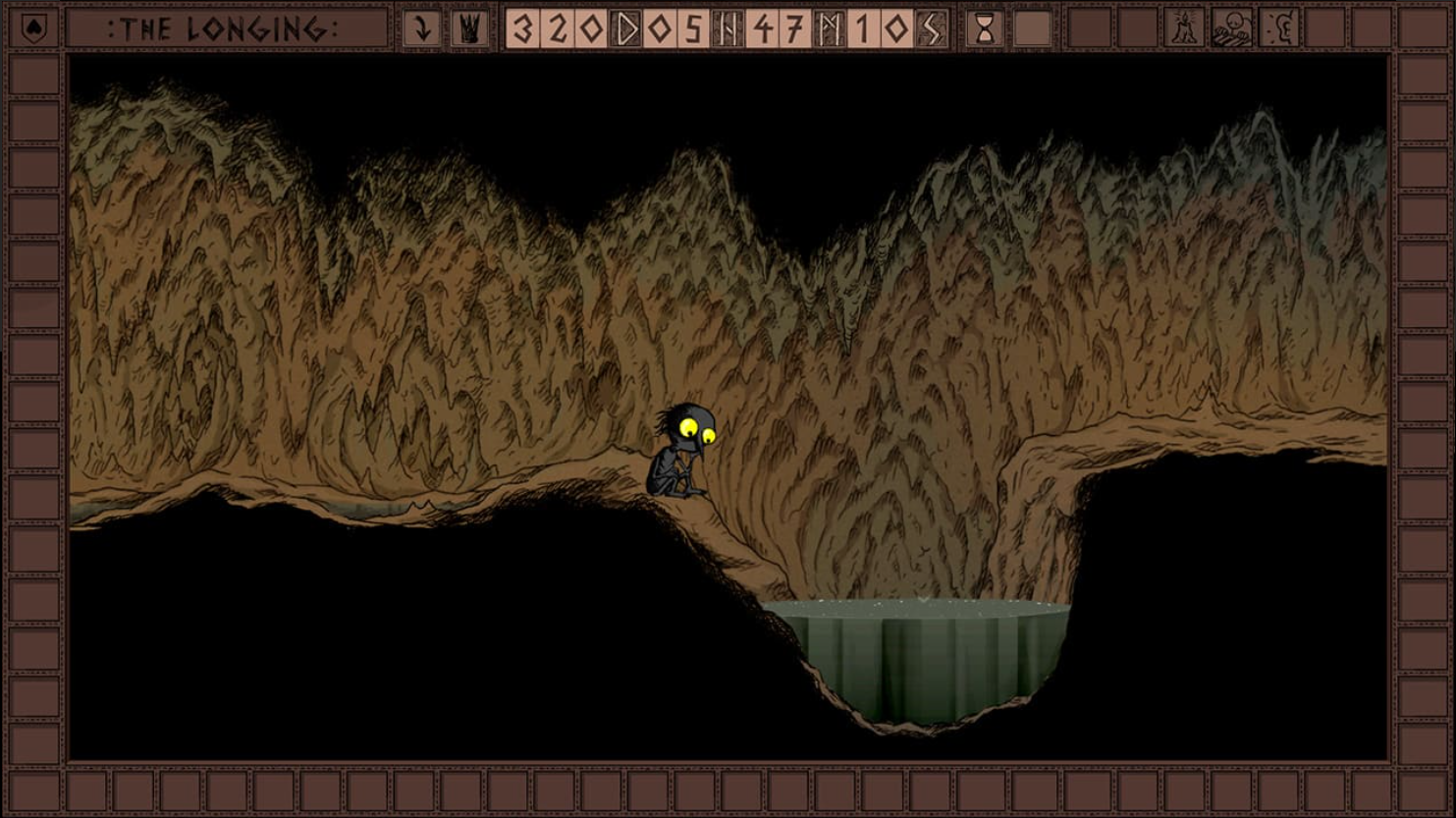 A game that takes 400 days and counts down the seconds in real-time, The Longing requires patience. You play as a Shade, the servant of a magical underground king whose powers have all but faded. You are told to wait 400 days until it is time for him to wake up and bring an end to the world’s pain and suffering.

At this point, you could turn the game off and come back in 400 days to awaken the king and watch the ending cutscene. Or, you can spend some time with the little Shade, exploring the underground caverns while the king slumbers and finding ways to occupy the long hours. 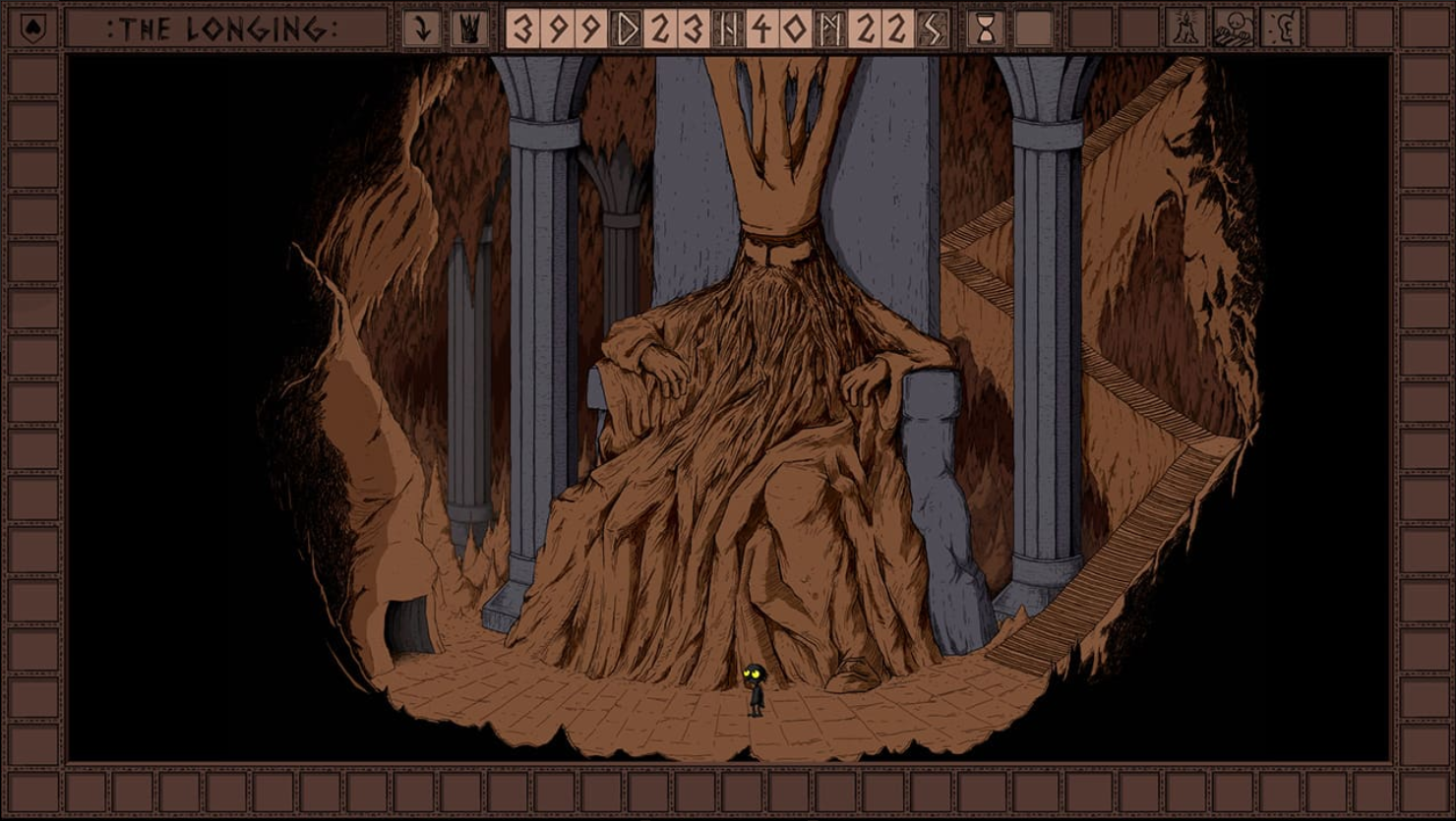 For a character that is depicted as little more than a silhouette, it is easy to get deeply invested in the Shade’s emotional state. It appears much like a shadow with eyes that makes it incredibly easy to project onto. Even if you don’t see any of yourself in the protagonist, its pointy little smile is adorable. Although the rewards for waiting many weeks for a new tunnel to open up are relatively minor, seeing the Shade grin is often enough.

The gameplay is simple. You direct the Shade where to walk and can collect or interact with various items around the map. There are bits of wood, moss and coal scattered around the caves, as well as other rarer minerals you might like to keep. You can also find mattocks, books and pieces of a musical instrument. Some sections of the map will only open up once you’ve waited a set amount of time, but you’re not in a hurry. You have 400 days. 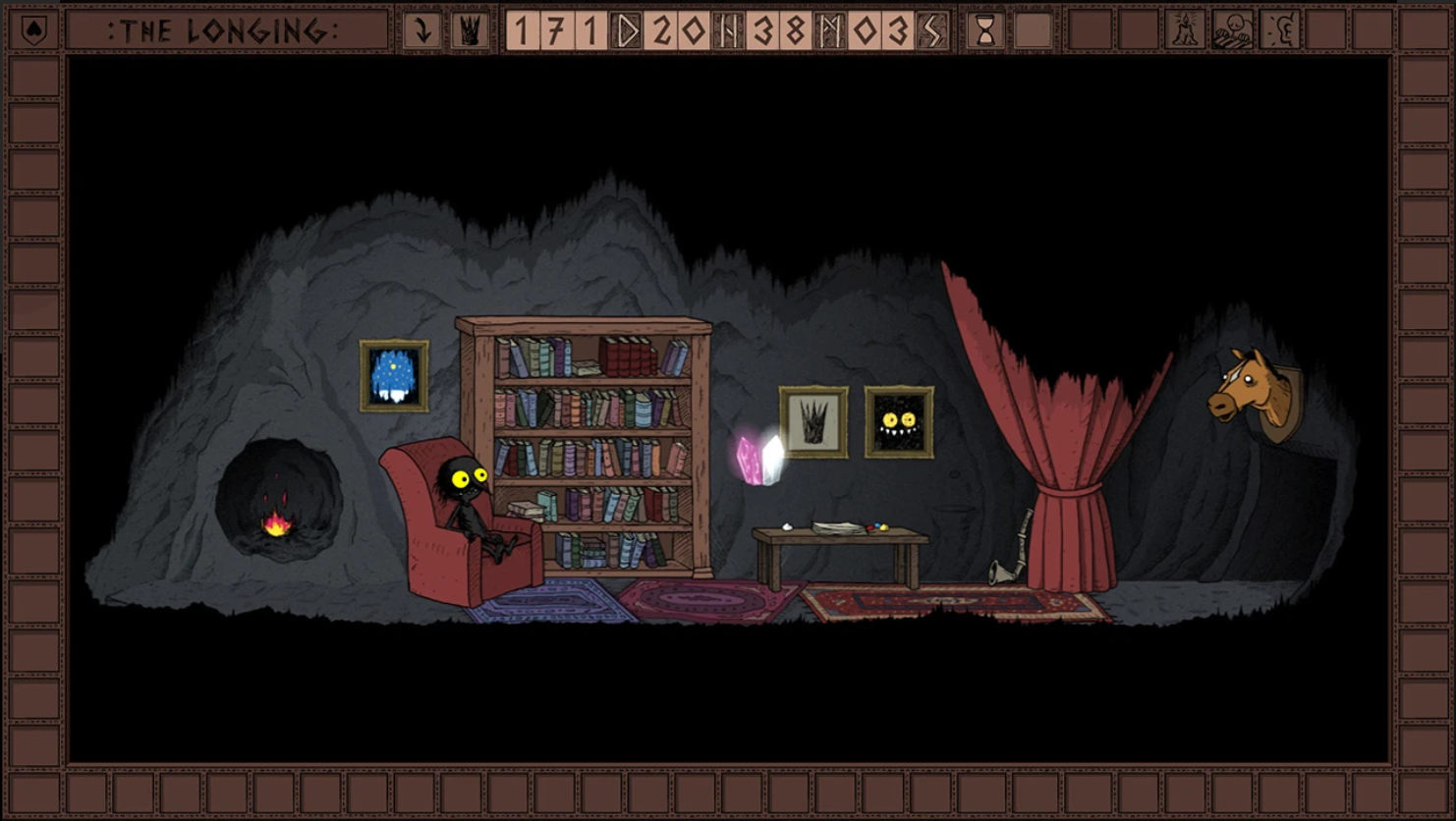 The more things you find, the more you can decorate your home and keep yourself entertained. You can draw pictures, build yourself a bed to rest in and read books in front of a gently crackling fireplace. Time passes faster when your Shade is happily occupied. The cosier and more homely you make the cave where it lives, the more content it will be.

The Longing is a peaceful game, to the point that it often feels meditative. The Shade moves slowly and can’t be hurried. You can set it to walk automatically to places you have remembered, but it still happens in real-time. You learn to take a breath and be patient, to get on with other things in the meantime if you want, but check back in on your progress.

The map is very cleverly designed. Although it consists of a complex labyrinth of similar looking tunnels, each section is just unique enough that you can learn it with patience. 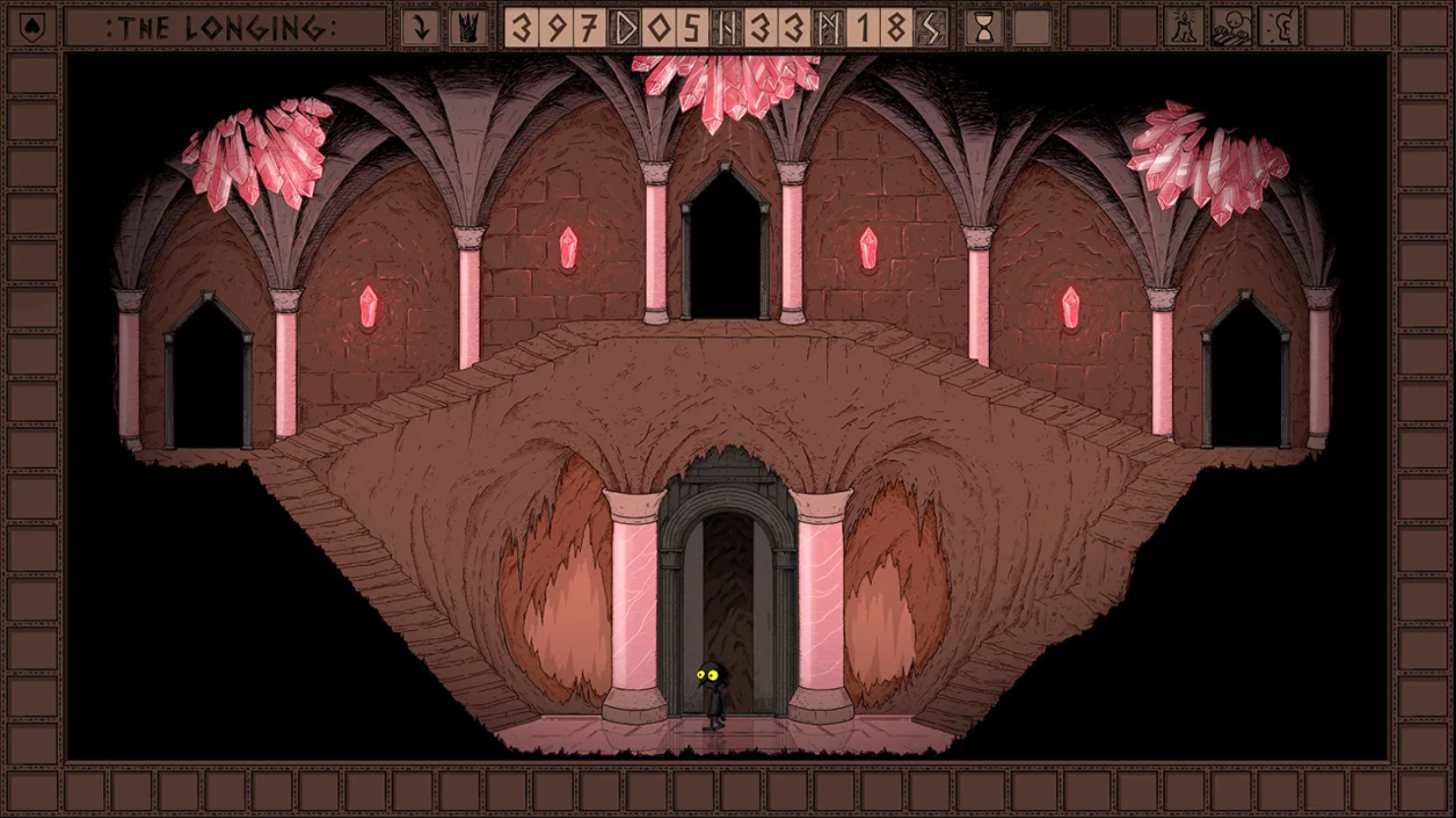 There are multiple endings to unlock, including some that don’t require you to wait 400 days and some that get darkly existential. Perhaps now, while a lot of people are still isolating, this game is going to really strike a chord with a lot of players.

It’s difficult to see the Shade’s quiet approach to its lonely situation without being inspired to take on some of its reflection yourself. If you’re paying attention to its thought process and mental well-being, The Longing can be a somewhat profound experience.

The Longing requires patience but is a surprisingly captivating and emotional game that it’s worth taking the time to connect to.