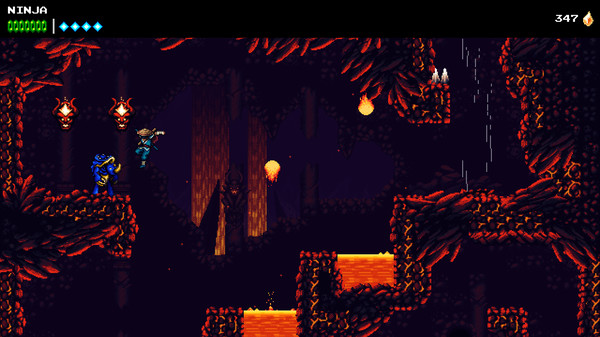 The Messenger is everything that you want for the games of your childhood brought to contemporary consoles. Except that it has been released for the first time in 2018. While this kind of engineered nostalgia might not be everyone’s cup of tea, The Messenger definitely does everything that it sets out to do.

The art and design looks convincingly as if the game could have been released a few decades ago. You could easily be forgiven for thinking that this was an early game that had just passed you by. The whole composition of the game – from the colourful 8-bit style, through the way the characters interact with each other and the side-scrolling world around them, to the appearance of speech – has nailed the feel of early games.

But the movement in The Messenger is so much more fluid on the Switch screen than actual old games. These beautifully smooth graphics make this game a genuine joy to watch as you play. 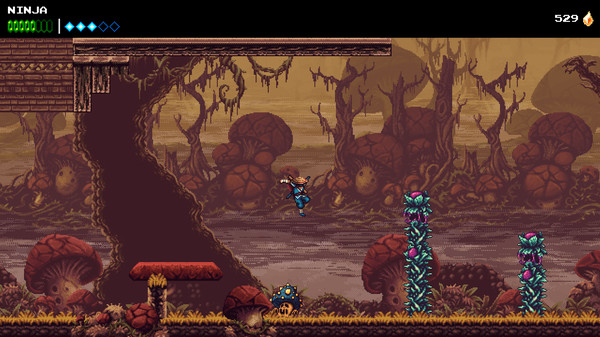 It is fast-paced, which seems to suit your impulsive character’s personality. You go from being a novice ninja student to being the only surviving hero tasked with an incredible adventure, on a mission to preserve your clan, in just a few short cutscenes.

It is really easy to pick up the controls. They are straightforward enough to be evocative of the simplicity of retro games, but fit the Switch very comfortably. You start off by jumping and slashing with your weapon. As you progress through the game ang take on more challenging opponents, you can learn to throw magic attacks, glide on the wind and a host of other cool things with controls that are consistently easy to pick up, but tough to master.

In true nostalgic style, the level bosses are difficult to defeat. They each have their own fighting styles and exploitable weaknesses that can take you a good few attempts to figure out. 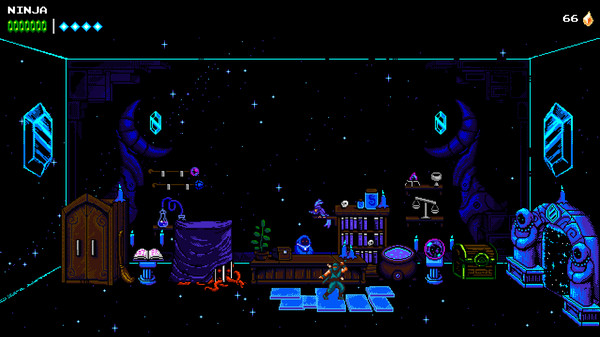 The game creators seem to really know their audience. The interactions between characters are really funny in a dry, sarcastic way. You are teased every time you die and need to be revived by a cheeky sprite that has a reasonable in-game explanation for his existence.

Overall, there is a lot to like about this game. The story gets deep and complex as you progress through the levels without losing the simple pleasure of hacking away at enemies scattered across a 2D world.

The Messenger is a finely crafted homage to the kind of game that first introduced many avid gamers to a lifelong hobby.