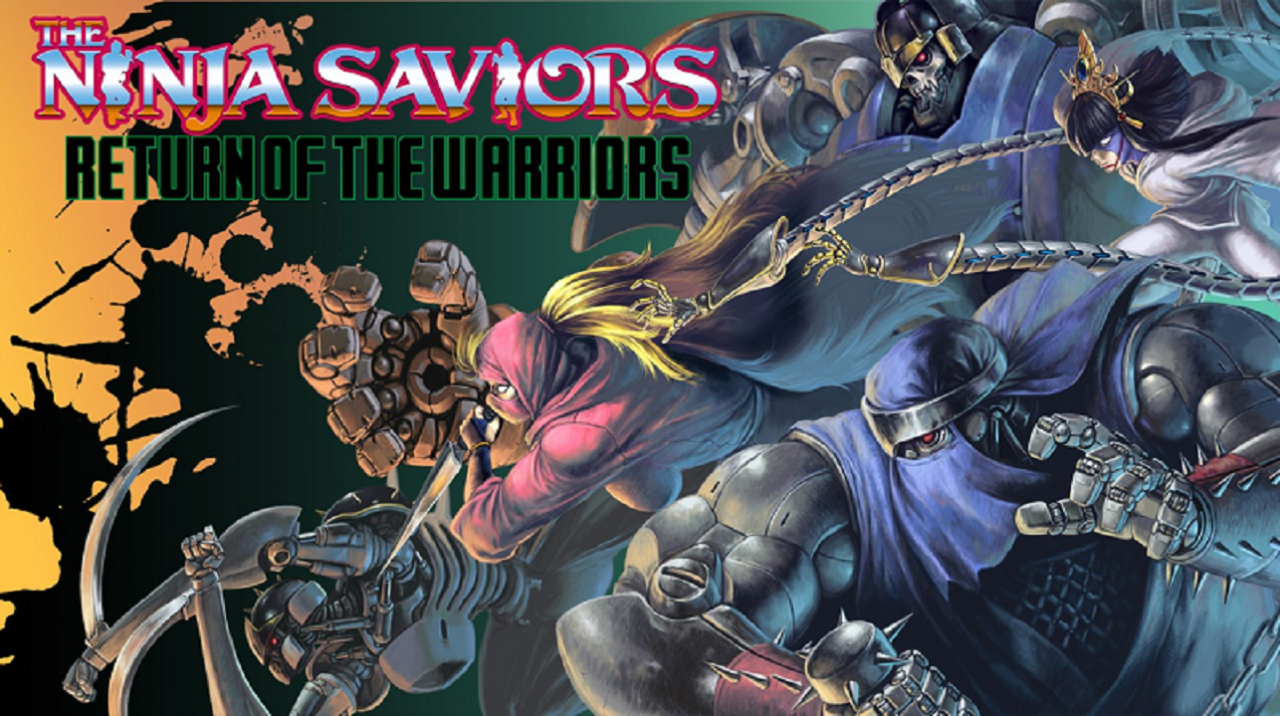 So I was going to play a new Nintendo Switch game when bam, I went back in time to the late 80s. I then quickly realized I was safe as no Aqua Net was in use and guys didn’t have hair more teased up than the ladies. Huge sigh of relief. The Ninja Saviors: Return of the Warriors is an updated version of TAITO’s 80s classic arcade game on the Switch, with a great 80s soundtrack. A straight-up rail beat-em-up, you start at the left and beat, smash, crush, kill, and destroy everything that moves. No survivors, well except you obviously.

So right out of the gate, I’m going to say why I don’t think Ninja Saviors is outstanding… lack of content. With today’s modern consoles, content is everything. Ninja Saviors has eight rather difficult levels of mayhem, and three unique characters to choose from (two more have to be unlocked). Rush modes and online leaderboards may sound like great things, but in the end, this title’s gameplay feels dated.

It looks dated too. In a world of polygons and cel-shaded models, these visuals are straight out of the 80s to early 90s arcade and SNES era. It’s not a bad thing – everything is well animated and smooth – and the sound is great. However, simply put again, you go left to right and break things.

Ok, so what does it Ninja Saviors do well? Everything I just said it didn’t! Kind of confusing huh? Well, let me explain. The visuals, while dated, are beautifully done. Lush multilayered backgrounds, super detailed characters with great animation, and huge bosses (with a rocking soundtrack to boot).

There are two modes of difficulty: normal and hard… hard is insane. It teased me at first thinking I was doing ok, then I would get mobbed, and the enemies would do a lot more damage. A rush mode, where you try to get through each stage as fast as possible, tries to give the game some replay value. Rush mode is unlocked as you beat each individual level in normal play. The top scores go online so players try to compete for the best time. There’s even a two-player mode so you and your friend can smash things together and get all that teen angst out, or in my case adult anger management. Two player mode also has a rush mode unlocked like it is in normal gameplay. I didn’t get to see if the difficulty ramped up in two-player mode as my wife would rather watch paint peel than play these types of games.

It’s a solid beat-em-up with solid gameplay that brings back some of the fun of the arcade classics like Double Dragon and Final Fight. But once you beat it, unless you absolutely have to have the best leaderboard score, you’ll hardly touch it again. If you love old school games as I do, this game isn’t a complete waste of cash for the price. The Ninja Saviors: Return of the Warriors isn’t a bad game, just not a great one.