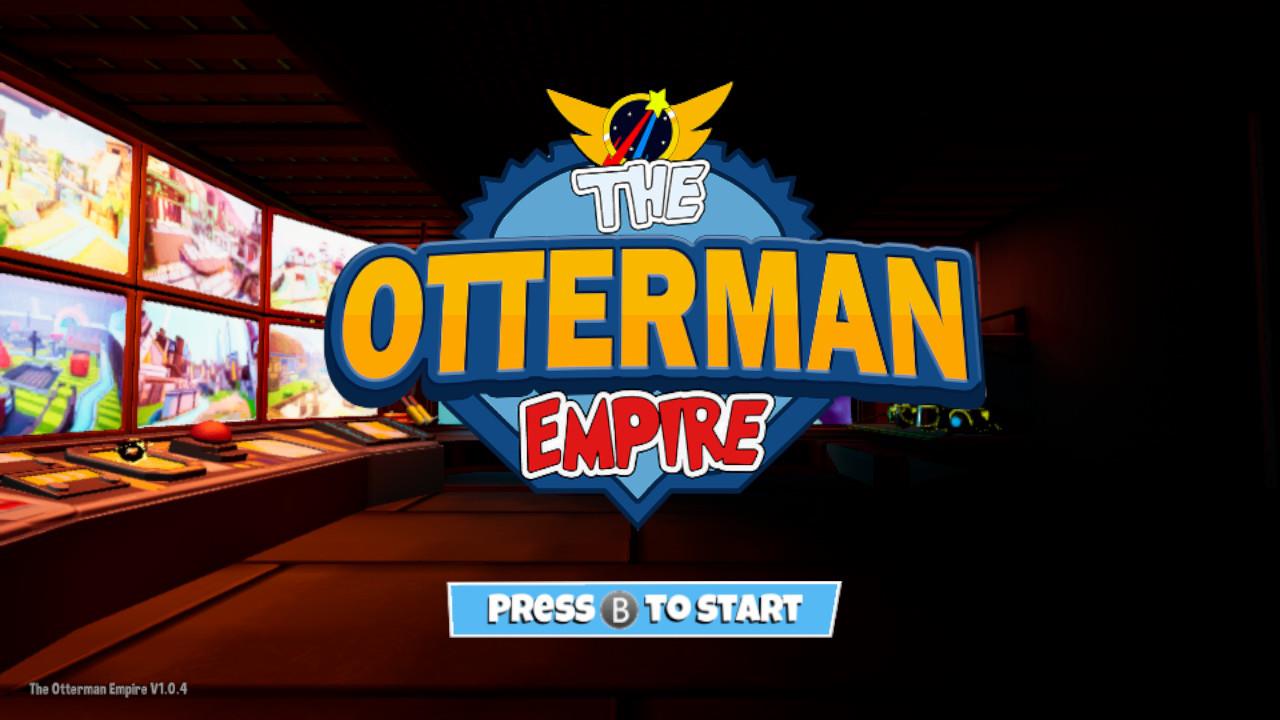 The Otterman Empire is a party, action game from Tri-Heart Interactive. The gameplay is described as “havoc causing, party game mayhem”, which sounds a lot better than it actually is. This game is unpolished and the gameplay itself was fairly dull. 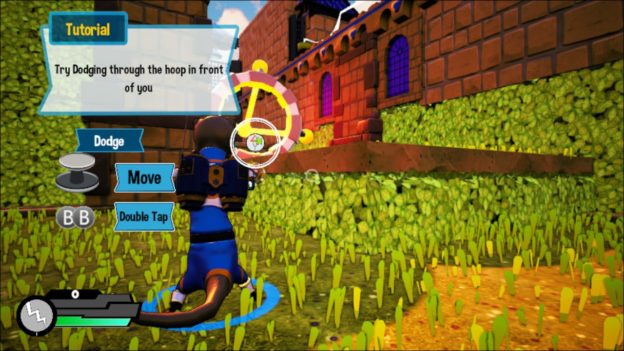 This game is a third-person shooter with a story and multiplayer action. The overall plot is that you’re trying to stop the villain from endangering your world with his technology. I found the story itself to be pretty weak with repetitive cutscenes (mostly of the villain laughing) and without any voice acting. There is no personality behind the plot or the characters.

You begin with one character and can unlock weapons, cosmetic items, and other characters as you play the game. However, you need to play a lot of the main campaign mode in order to unlock anything, leaving you limited in options for the majority of the gameplay. 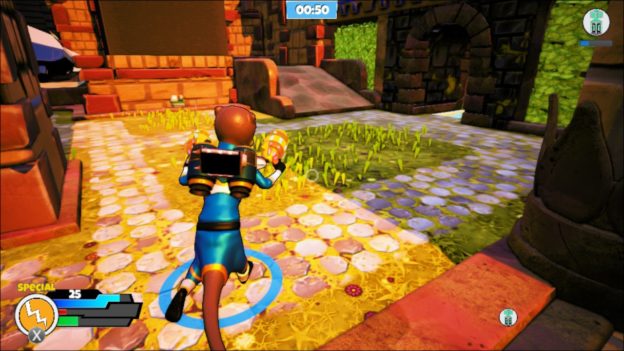 Your character is equipped with a water jetpack that shoots at your enemies and also hovers, allowing you to easily jump and move around. This is totally fine, but the controls make it difficult to play. For example, B is used for everything (excepting shooting your weapon), such as jumping and dodging. In the tutorial, you need to dodge through a ring. I basically needed to mash the B-button until it registered. It took me way longer than I care to admit getting through the tutorial because of this.

Speaking of controls, the camera is awful as well. You move your character with the left analog stick and the camera with the right analog stick. Needless to say, it’s difficult to jump or do anything with the B-button when you need to also use your thumb to change the camera controls. 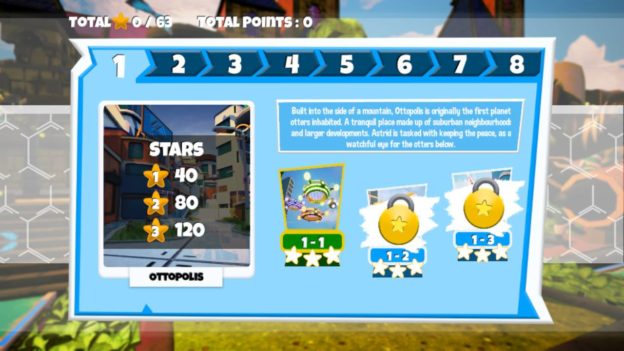 You can get somewhat used to the controls, but the gameplay itself wasn’t enticing enough for me to want to master them so I could be better at the game. There are eight areas with three levels to get through. Each level has three stars and you need to earn a certain number of points within the level in order to get a star. You need at least one star in each level to unlock the next. However, you need a certain number of stars to unlock the next area. For example, you need six out of nine stars in area one to unlock area two.

This means you’re grinding for stars and playing the same levels over and over again. The way you earn points is never really clear. You can gain points by defeating enemies throughout a level and also by how well to complete the objective. The mission of each level is never explained. A blueprint picture is shown at the beginning explaining what you need to do, but I never understood what it was trying to show me. 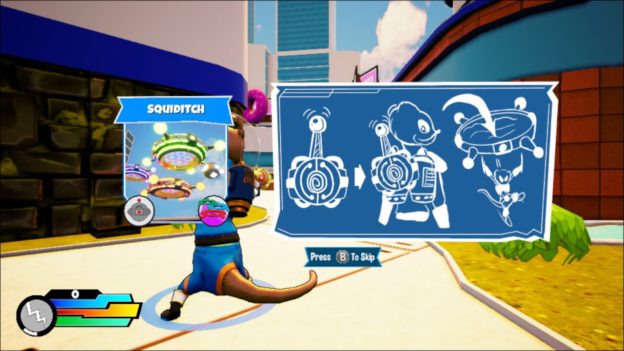 The levels become redundant. You’re running around shooting enemies (that respawn after a few seconds), destroying bombs before they blow up, and the like. It’s more work than it sounds because of the controls and the kicker is that each level is timed. So, if you don’t meet the objective before running out of time, you have to try it again. More grinding.

I’m sure The Otterman Empire is more fun with friends. Unfortunately, I was dog-sitting when I received the game and wasn’t able to try out the multiplayer mode. You need to unlock Versus mode though, like everything else, and, honestly, after playing through the main story, I didn’t feel excited enough to try out the versus mode. 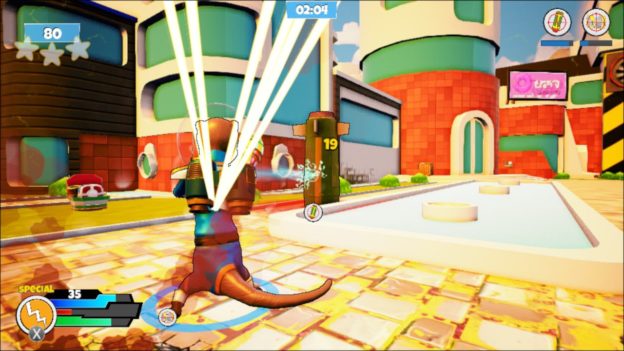 Cosmetically, the music was okay and the graphics were crisp for the most part. The textures sometimes took a long time to load, leaving the game at a lagging stand-still until everything loaded into place. Overall, I think more work could have been done on this game before release.

The Otterman Empire is a repetitive third-person shooter that’s more work than play with clunky controls and unpolished graphics.