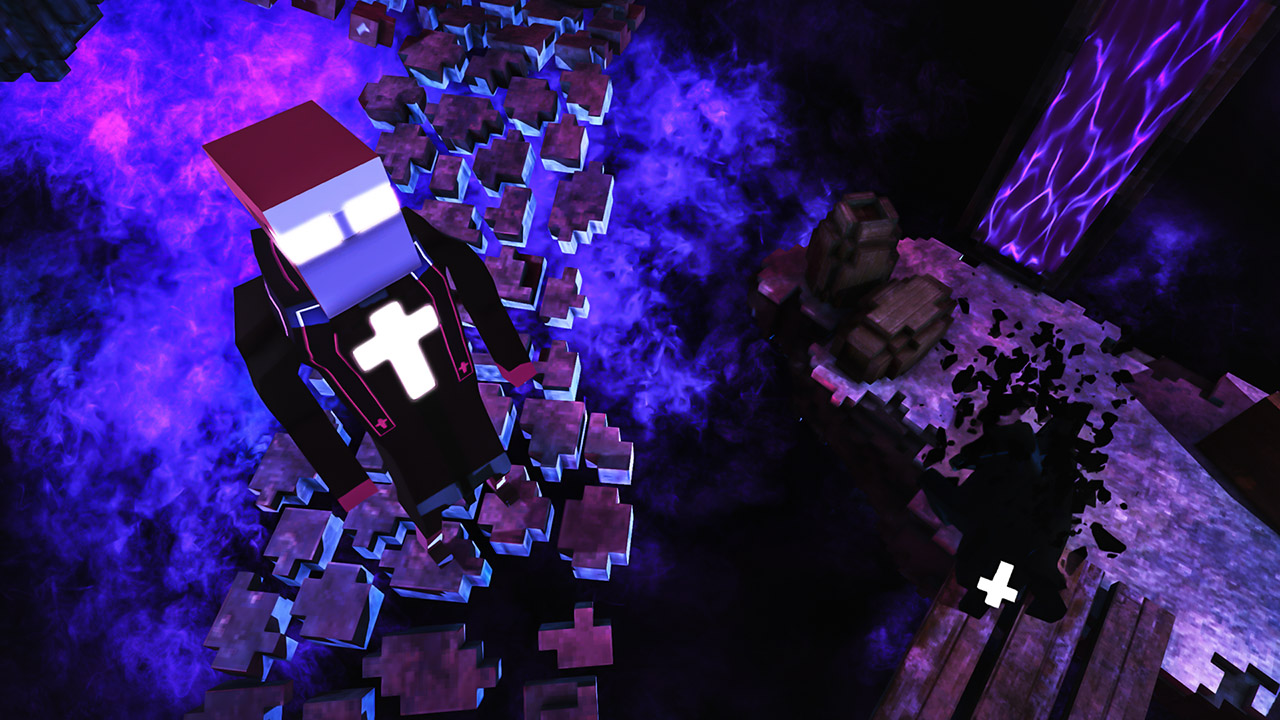 A game aching with nostalgia, The Padre blends a retro art style with iconic elements from throughout the history of the horror genre.

The blocky design choices give the game an air of simplicity that almost lulls you into a false sense of security as the mysterious plot unfolds. It reduces the ornate mansion you have to investigate, which could have been an incredibly detailed building, to a setting that is cleanly laid out and lets the creepy story speak for itself.

The gameplay is similarly easy to grasp. You control the movement of the protagonist, but otherwise largely structured in a point-and-click style that allows you to explore your surroundings at your own pace. 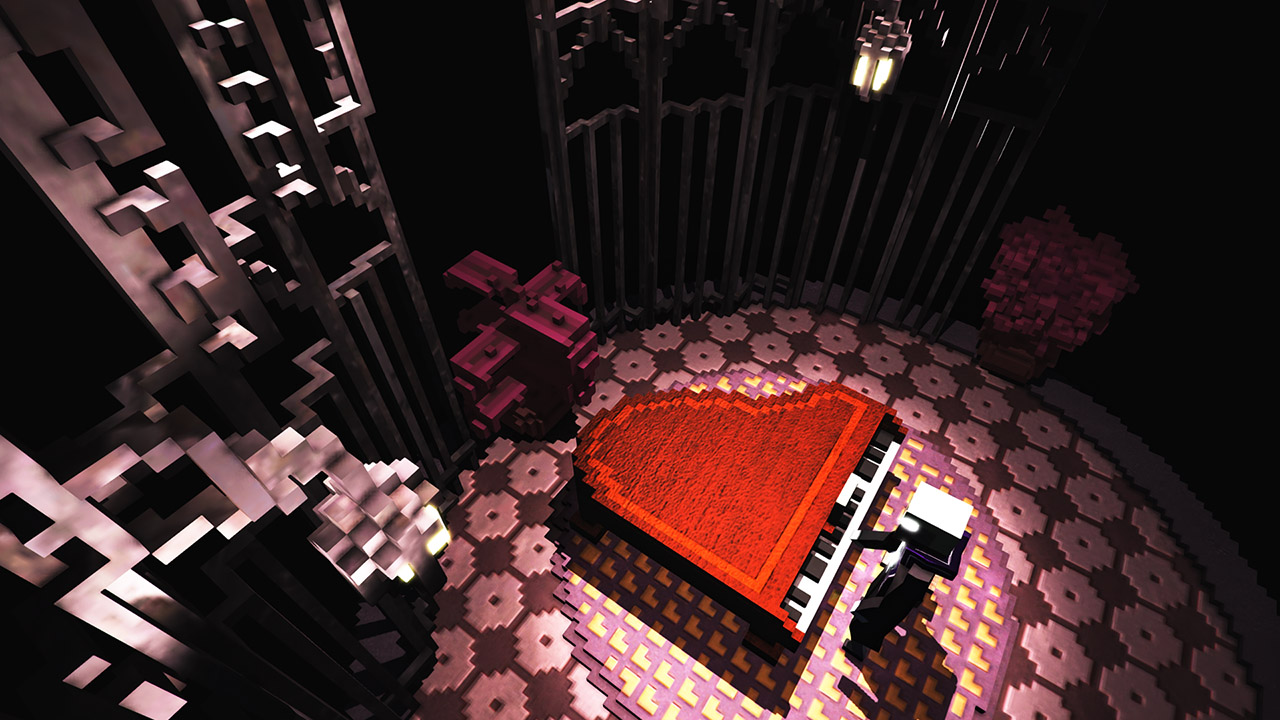 In the way that all the best horror does, The Padre gives you just enough information that your imagination can project what it fears most onto the remaining space.

You play as a priest with a secret past. Your mission is to find out what has happened to your long estranged mentor, who has vanished. Your guide is a Bible, haunted by the soul of yet another corrupt priest.

Here, the art style really lends itself well to creating a creepy atmosphere. Even the protagonist has an eeriness about him, with his staring square eyes and the glowing white cross on his chest.

The Padre is littered throughout with its horror influences, from the rich religious iconography of the plot, through the dark sepia colour tones, to the monsters inspired by classic horror villains from zombies to the devil to the Elder Gods. It is the perfect game for any horror culture nerd who will pick up on the wry references scattered not only across the background but also in details such as the observations the priest makes. The game walks a delicate line between paying homage to classic horror and falling into clichéd traps pretty well. 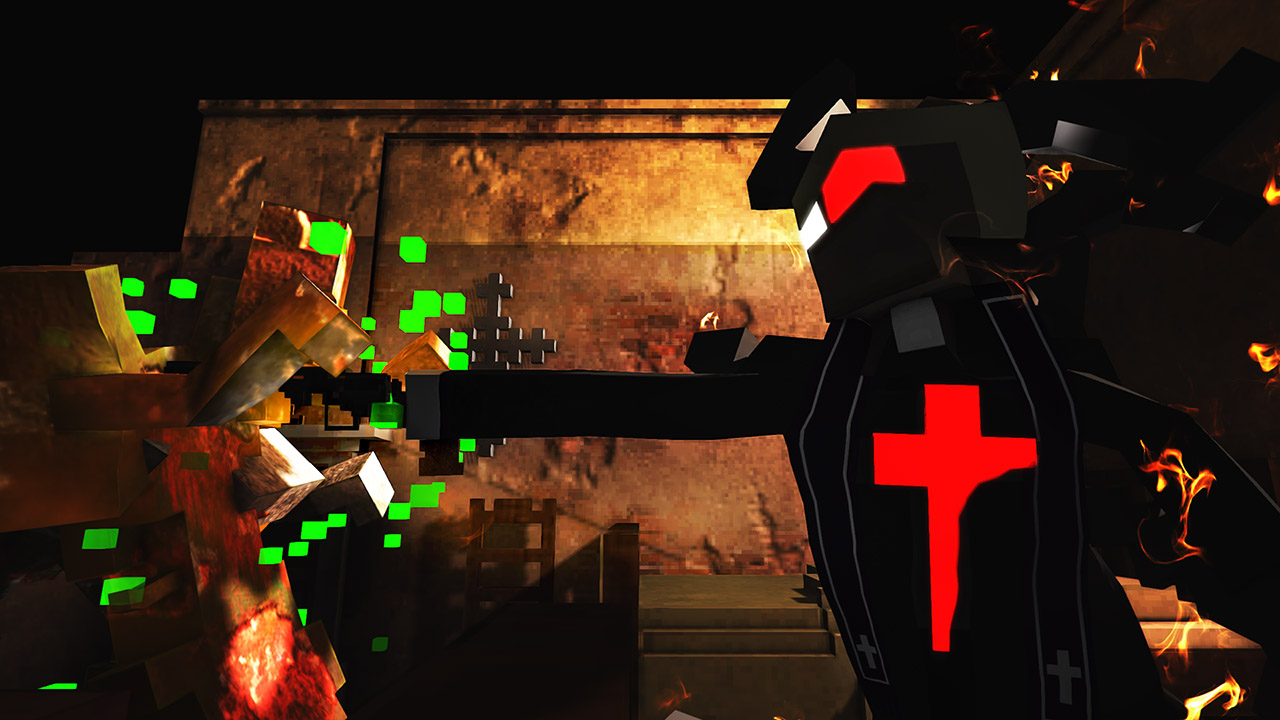 The specificity of the genre also bleeds into the mechanics of the game. For instance, being able to respawn after you are killed is explained by the priest’s spiritual relationship with heavenly beings which can resurrect him. They’ll only do it a certain number of times though, so there is still an element of fear for your immortal soul.

The Padre incorporates different gaming styles. It is primarily a mystery, with puzzles to solve to progress through the mansion and find more clues. There are also action elements to it as you have to fight off monsters, zombies and other evil beings, which in turn evolves into a dark adventure.

It isn’t the most complex game to pick up or to see, but it has a captivating story that makes you really want to delve into the sordid past of The Padre.

The Padre is a delightfully creepy game that you can move through at your own pace, with plenty of treats for horror fans to find amidst the central mystery.