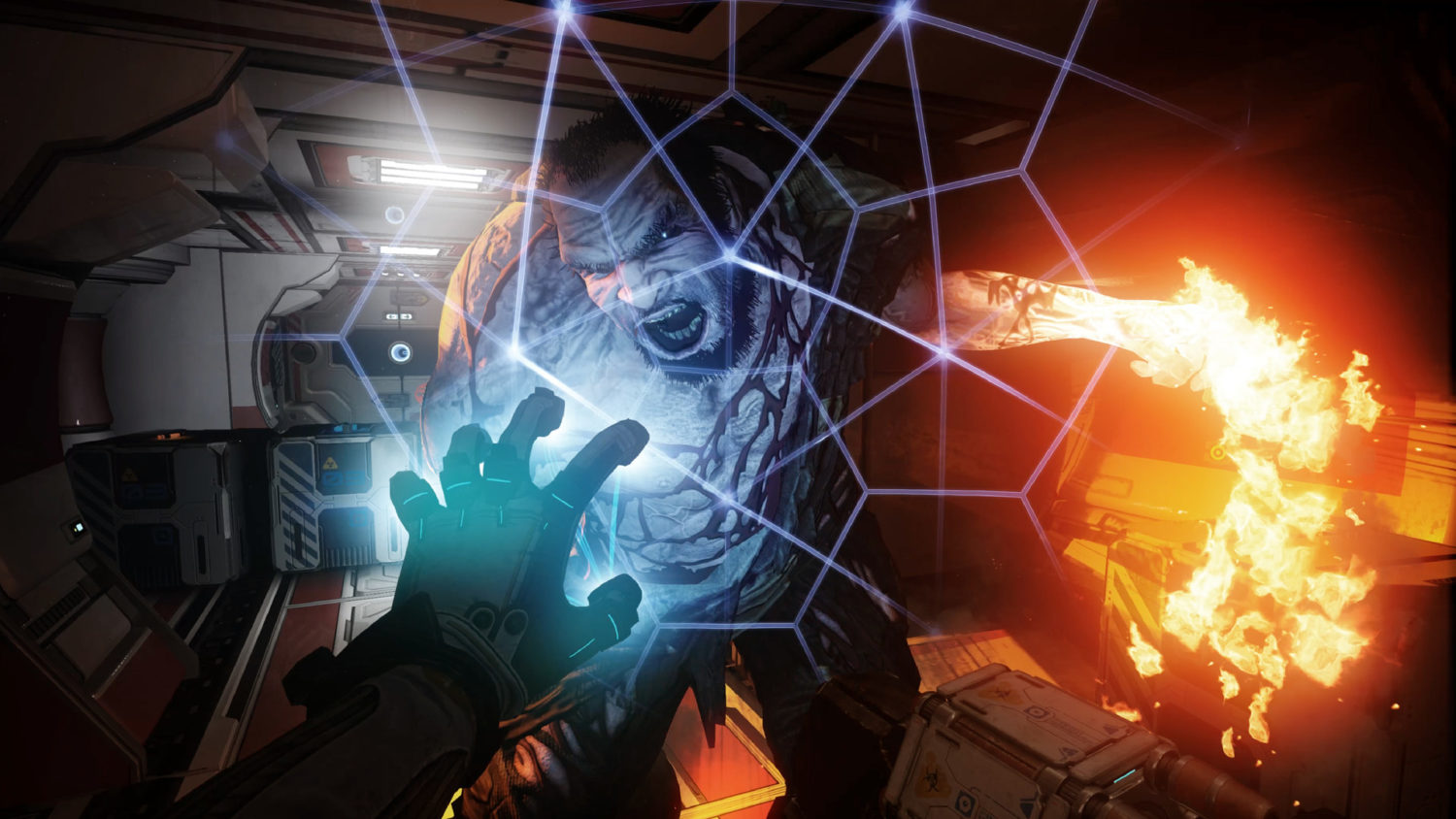 The ominous music playing over the menu of The Persistence immediately sets the scene for the horror sci-fi roguelike. You play as a clone of security officer Zimri Elder. You awake aboard a spaceship infested with murderous, zombie-like creatures. As the last living being aboard, it is your mission to repair the ship and get it safely home to Earth.

The premise meshes really neatly with the format of the game. As a roguelike, you revive in the cloning machine at the start of each run. The way your consciousness is reimplanted into a new body each time makes sense within the game setting. The way the layout of the ship changes each time is explained by its proximity to an aberration of outer space that messes with physics. This also allows you to keep some of the weapons and power-ups you collect on your runs, which is a helpful touch given how infrequently your progress is saved. There is the option of playing in Permadeath mode where nothing is saved if you’re in the mood for something really challenging. 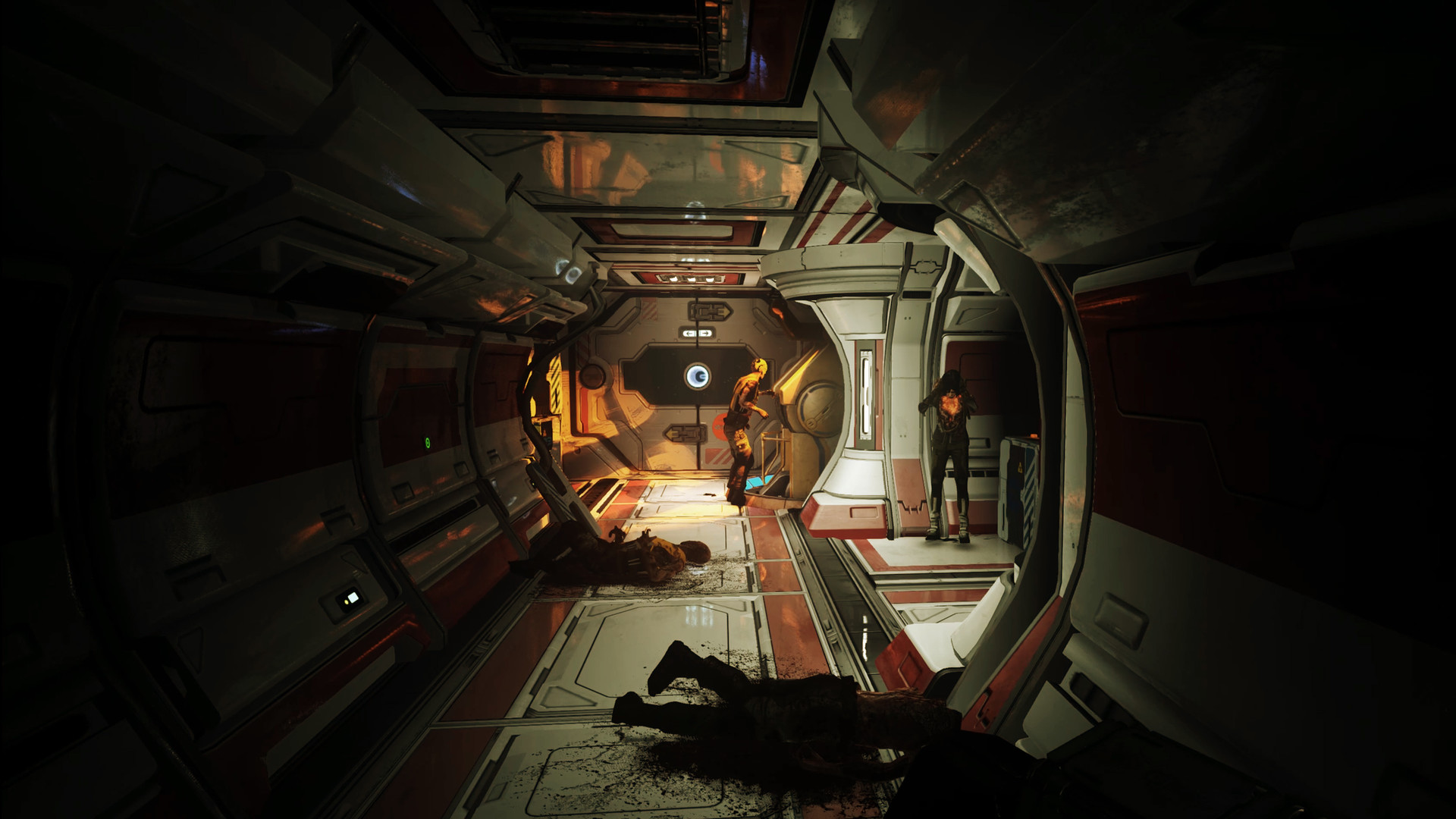 Obviously, this is due to its roguelike format, but The Persistence does play with the structure a little to give the game more of a sense of narrative as you fix different parts of the ship. This is handy, especially if you get off to a strong start, as it means you won’t have to play through the early sections so often they get repetitive.

Throughout the ship, you collect Erebus tokens and FAB chips, which you use to build and upgrade weapons, including batons, knives, grenades and firearms, at machines called fabricators. Weapons break fairly quickly, but if you are clever in your approach to the game, you’ll find plenty of opportunities to make more. You can also collect stem cells from the monsters haunting the ship and the corpses of their victims, which you can use to enhance your clone body.

Not all of the mechanics of The Persistence are immediately clear, but it’s easy enough to figure them out in a quick run through. 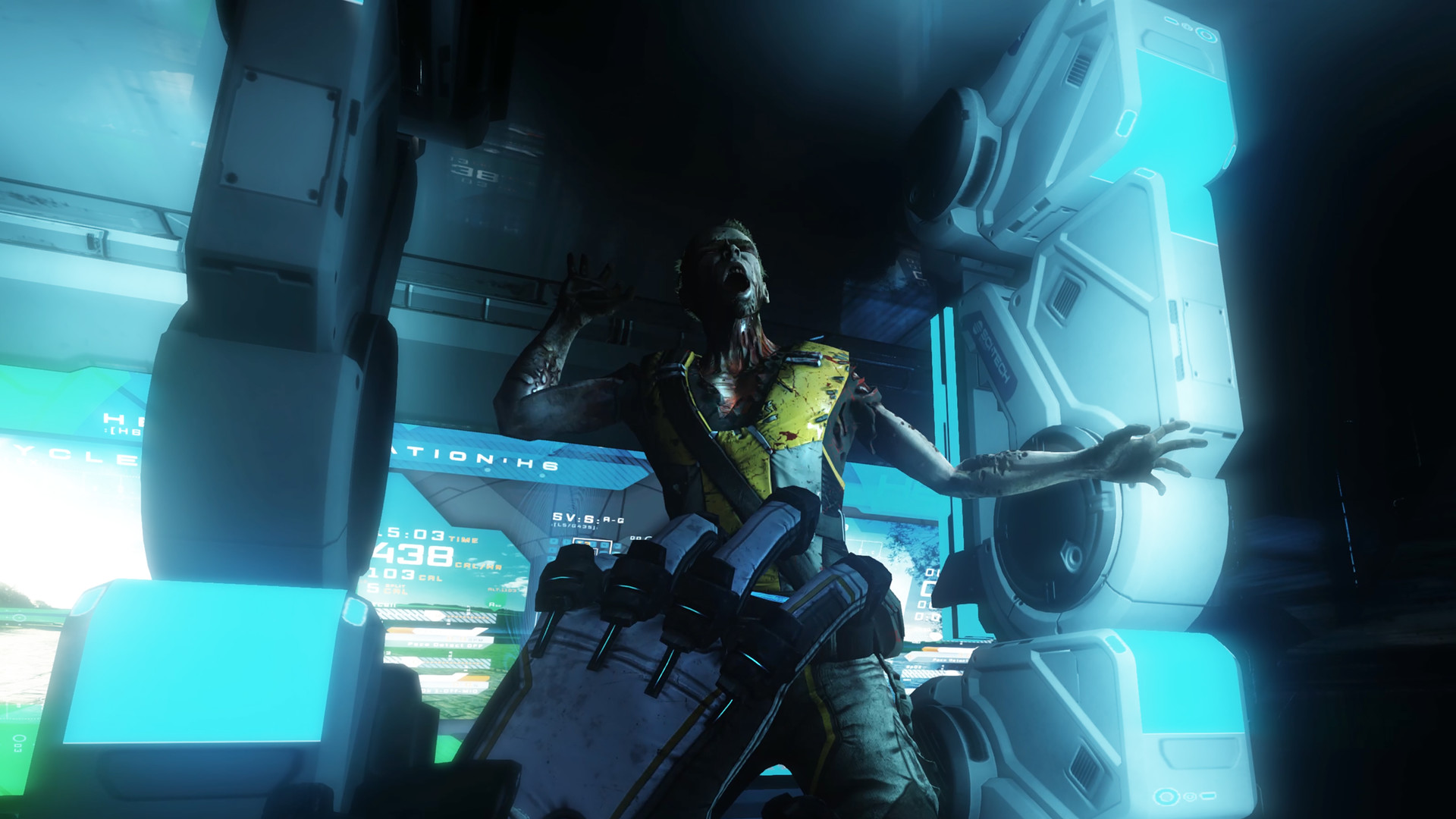 The spaceship is huge and there is a lot to explore, even if you don’t die too frequently, so there is a lot to explore. The monsters have broadly similar designs throughout the game, with classic zombie-like features. There are distinct species that behave differently, including some that sneak up on you to attack and then run away once you’re injured.

For all the fast-moving zombies, The Persistence is a fairly slow-paced game. It requires stealth and strategy if you’re going to survive long enough to get to the more action-packed levels of the game and make your safely back to Earth.

The Persistence draws on classic elements of both horror and sci-fi to create a creepy roguelike set in the furthest reaches of space. It is excellently designed, taking familiar concepts and twisting it uniquely into the format of the game.

The Persistence is a game built of components that any fans of the horror and sci-fi genres will recognise, in a format that merges seamlessly with them to make an absorbing and challenging game.