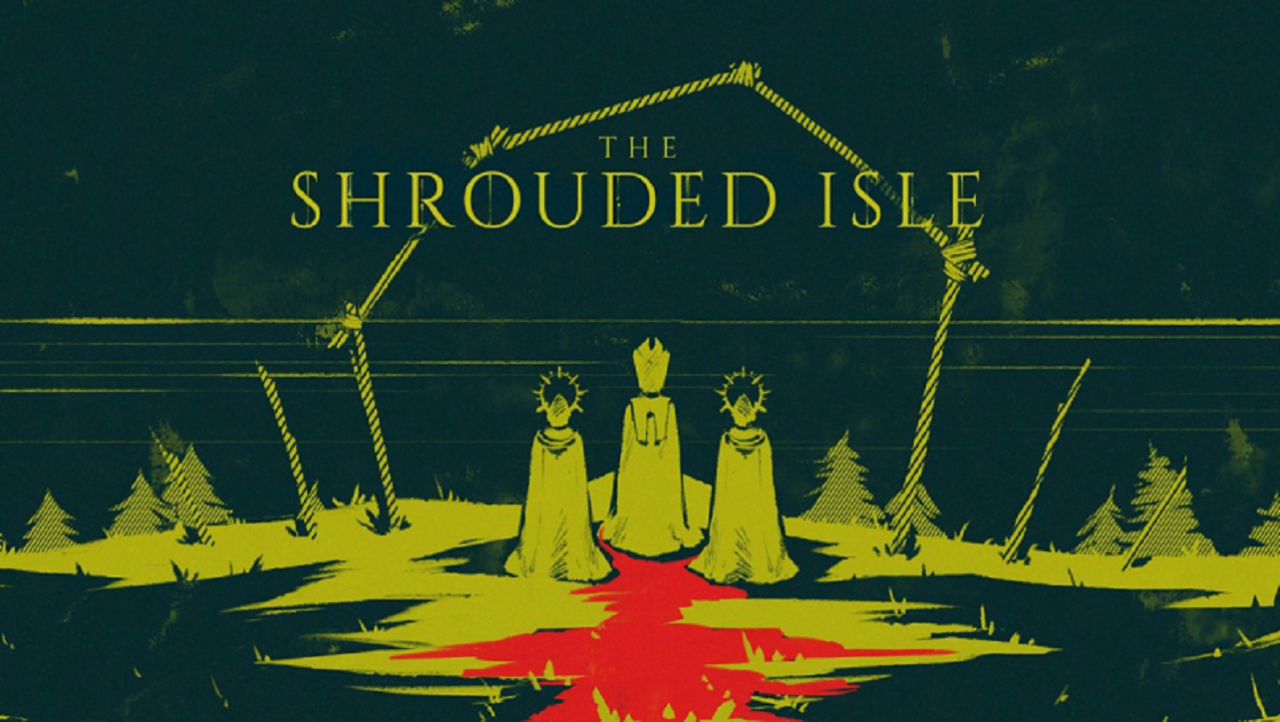 In Kitfox Games’ “The Shrouded Isle”, the mystique of this story lies in not knowing how we came to be the leader of a cult. But this sinister job had to go to someone.

The fate of your colony is akin to the Christian Bible’s Revelations wherein a doomsday clock is running down. It’s a classic cult trope – one that fuels followers into working towards the unearthly goal of salvation.

“The Shrouded Isle” is a point-and-click type of game that feels like a visual novel. For $14.99 on the Nintendo Switch E-Shop, this simulation title comes at a fair price for what it offers. It does not have the dynamic graphics and cinematic cutscenes of a $60 game, and it doesn’t ask you to pay that much in return.

In the game, you are a follower of the wrathful god, Chernobog. As the High Priest of the cult, you have a direct connection with this god’s needs and maintaining the stability of the community around you. If successful, you can lead your colony of sinners into righteousness and purity.

But it’s easier said than done.

The story is divided into seasons. In each, you must work to fulfill the needs of the colony, Chernobog, and sacrifice a sinner. Every estate fulfills certain sanctioned needs of the cult, divided by values: Ignorance, Fervor, Discipline, Penitence, and Obedience.

Each runthrough begins with a beckoning to the Cathedral where the player is asked to make a decision. Choosing wisely may offer a small boost before a season unfolds.

I’ll admit, I was sloppy in the beginning. Because this game doesn’t provide you with any tutorial, it’s up to you to figure out the cause-and-effect of every action you take as the High Priest.

Needless to say, I bombed after the second season of my first run because my cult followers were too smart for me. With time, I understood better how each event really affected the other.

And it’s not just about keeping the estate’s value levels above their bars, it’s also about not causing a stir with each member and their advisers. Which can be difficult when you’re forced to make a sacrifice at the end of each season. You might find yourself with a riot on your hands.

Because of the random generation of each cycle, you never know what obstacles you may face. Each estate’s values remain the same, but sometimes you’ll find – for example – there are no ignorant members of the Kegnni Estate. That makes promoting ignorance tough when all of their members have scholastic endeavors as their vices.

“The Shrouded Isle” has been called a Lovecraftian horror by some. A cult in itself is very self-involved and uses the ideas of a grand god or fate to keep members in line – which doesn’t exactly line up with the full picture of Lovecraft. However, this game is quite horrific still. Even in its monochromatic style, your checks and balance are weighed in gore.

For those with color blindness, you’re in luck, as there are other color schemes to choose from than the standard green. The color may not make a difference when it comes to how small the text was, though. It’s best to play this game on a very large screen or the Nintendo Switch directly. Our TV isn’t too small, but I had a hard time reading most of the text from where my couch sits.

“The Shrouded Isle” is a time-sink, but in the best way possible. This is one of the few games I’ve played where a bad decision had heavy and almost immediate implications, but knowing I would get the chance to start fresh again made it less frustrating as the player.

With so much to balance in strategy, and so many ways to appease Chernobog, it’s hard to walk away not feeling like you’re truly the hellbringer of sin.

“The Shrouded Isle” keeps its grit through replay-ability, due to its random regeneration of NPC sinners, requests from the mighty Chernobog, and random events threatening the cult from the inside-out.