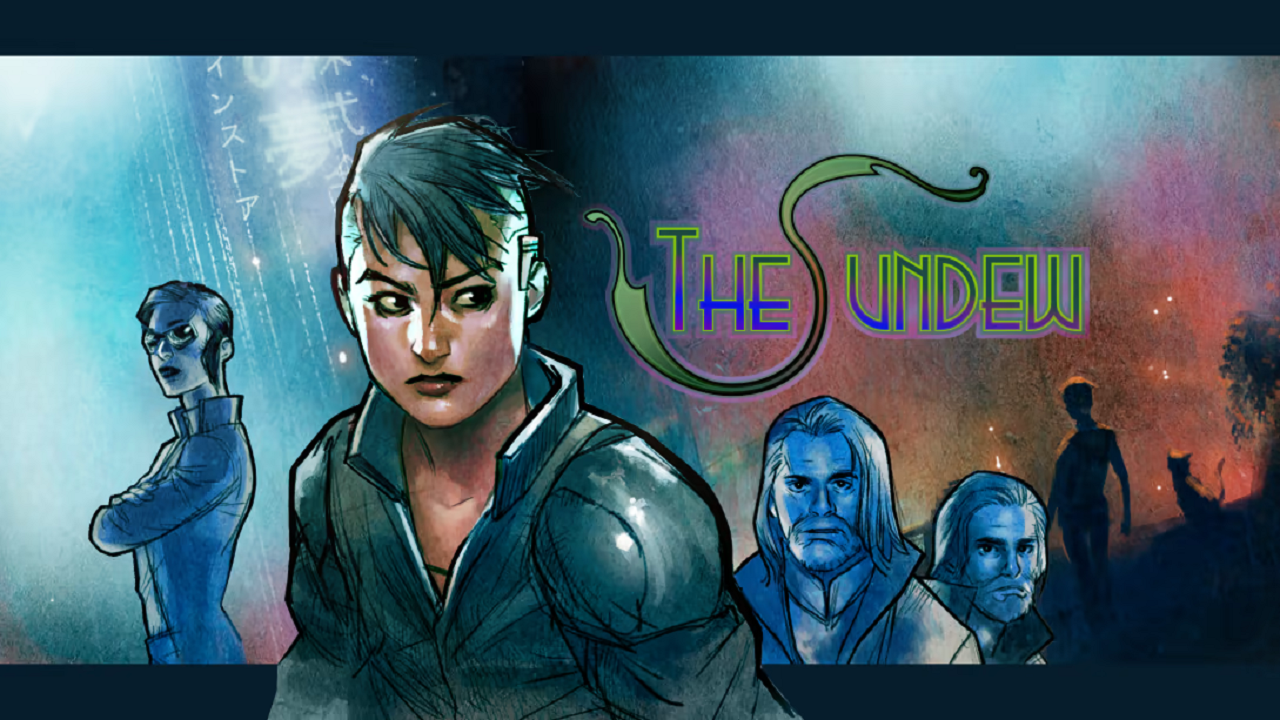 A dystopian point-and-click title from a one-woman team, The Sundew delivers a story that’s sticking with me. It does a lot right, but there are a few areas that could use more attention. It’s a good game whose growing pains will hopefully lead to a great sequel.

And I hope a sequel comes because The Sundew feels like the opening chapter of a larger tale, in some ways. You play as Anna, a cyborg cop in Japan, 30-plus years in the future. “What begins as a normal day quickly becomes something else, and soon a lonely beat cop will hold the fate of the world in her hands.” What can I say, the description on Nintendo’s site describes it just as well as I could.

Anna’s a capable lead, surrounded by varied and intriguing characters, always advantageous for games like this. They make the areas you visit on your detective hunt engaging, though not necessarily on repeat visits. While there’s not always a lot to interact with, there’s plenty to click and look at.

You’ll start in a small area (Anna’s dwelling) before moving on to larger locales. The retro-pixel visuals manage diversity, with nothing seeming out of place. I especially enjoy the few times where the game zooms in for a tighter perspective. The “dark” nature of the game doesn’t extend to the art, insofar as I never strained to see due to a lack of lighting. Some objects in certain areas are small, but that’s par for the course with this genre. The Sundew never really stumbles into a pixel hunt situation.

For all the good words I’ve written, The Sundew falls flat on its face with flawed audio, or should that be lack thereof. With one brief exception, there’s no speech, something that would’ve undoubtedly benefited the game. I found myself longing for it, especially with less expensive genre entries delivering on that end. Even worse is the shortage of music. What music I heard was good (if soft), but the game certainly needs more cool tunes. It promises “stunning sound design,” but The Sundew’s less-is-more approach did not deliver!

The puzzles, while mixed, are good more often than not. Occasionally the game is weighed down by a peculiar rhythm and flow. I think it stems from the objective list, which gives an impression of freedom. Yet, a trigger system necessitates doing things in a specific order. Fair enough, I suppose, and I appreciate the point of reference. But, it can make a few puzzle completions unsatisfying, and probably needed a bit more thought.

For instance, at one point, Anna says she has to use the bathroom. But going to the bathroom stall, I found it locked. Only by returning to police headquarters and getting a bottle I missed did the stall suddenly unlock. Without any in-game context to justify this, it just seems odd and comes off a smidge inexperienced. Closer to Sierra Entertainment of the ‘80s than LucasArts of the ‘90s.

The Sundew took about five hours to finish at a very relaxed pace, playing alongside my wife and getting stuck twice. But there are extras to find in your travels. And multiple endings give this game some replayability the genre isn’t known for. I like that.

While some of its puzzle flow can be hit-or-miss, The Sundew delivers an entertaining graphic adventure. While I hate to see the sound design miss the mark so badly, genre fans should enjoy pointing and clicking their way through this tale’s surprises.

While some of its puzzle flow can be hit-or-miss, The Sundew delivers an entertaining graphic adventure. While I hate to see the sound design miss the mark so badly, genre fans should enjoy pointing and clicking their way through this tale’s surprises.