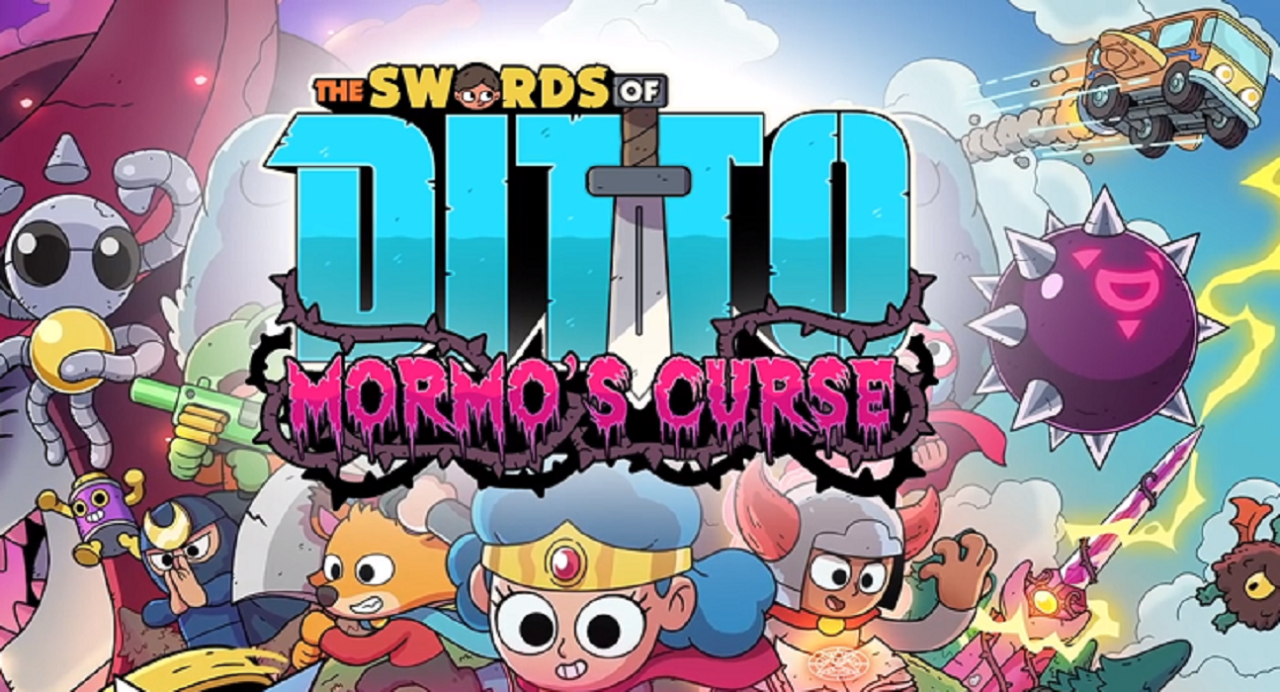 The story of The Swords of Ditto, in short, is the evil witch Mormo has returned to take over the world. Enter the hero, The Sword of Ditto, a dim-witted simpleton who lets himself be led around by what looks like a dung beetle. You start off the game being guided right to the evil Mormo only to be quickly dispatched by said Mormo without so much as a fight. Oops!

The game takes place 100 years after the less-than-epic battle. You are a descendant of the famed hero. Surprise, you are awoken to be led by the beetle, Puku. You find that not only do you have a monumental task of destroying evil, but you have a time limit. Each generation has 24 in-game hours, once they have achieved Mormo’s level of power, to find the Toy dungeons and Anchor dungeons to weaken the witch’s power.

With the event of death, a new life begins. Each time you die you then begin anew 100 years later. As the game progresses, the civilization changes; town locations change, as does your home. The variance in geography keeps the game fresh and challenging. Oh, by the way, each time you die, you start at level one. However, I was given a boost and change of weapons to start off with, a bow, giving me a ranged attack making my chances of surviving a lot better.

The game’s GUI is reminiscent of past generation favorites like Secret of Mana for the SNES but with a modern touch that uses the Switch’s Joy-Cons perfectly. For example, the weapon and item hotkeys can be assigned to the left Joy-Con’s arrow keys. This game comes loaded with tons of quirky special weapons ranging from remote mines, bombs, poison bombs, and many more to cause mayhem with the enemies.

The visual style is kind of reminiscent of Seth Macfarlane’s Family Guy. Your hero looks like a teenage version of Stewie stuffed in a helmet and cape. The color scheme does exactly what it’s supposed to do, giving the game a dreary and drab depressing look; to be fair, if your world was run by an evil witch it would be like this. The maps and dungeons are very reminiscent of The Legend of Zelda games, using bombs to find hidden doors and puzzles.

There are other great aspects of the game. The game autosaves, which is an awesome feature; there’s nothing worse than going through a dungeon or fighting a boss and dying, then realizing you haven’t saved in over an hour. The controls are smooth as silk and very easy to use, making dungeon and map navigation a breeze. And the game’s humorous and semi-sarcastic dialog from townsfolk and haphazard instructions from the Puku, coupled with the silly side quests, make this title an instant treasure.

The music is the exact opposite of the visuals. The soundtrack to this game is mostly upbeat tunes like in a kids cartoon. The character’s vocal effects are very high pitched like a little kid and often you will hear a kazoo as the main instrument in the background.

The Swords Of Ditto: Mormo’s Curse a very fun RPG that’s well thought out and excellently put together. For RPG and Zelda fans, this is a must-have for a modern take on a retro theme.

The Swords Of Ditto: Mormo’s Curse a very fun RPG that’s well thought out and excellently put together. For RPG and Zelda fans, this is a must-have for a modern take on a retro theme.