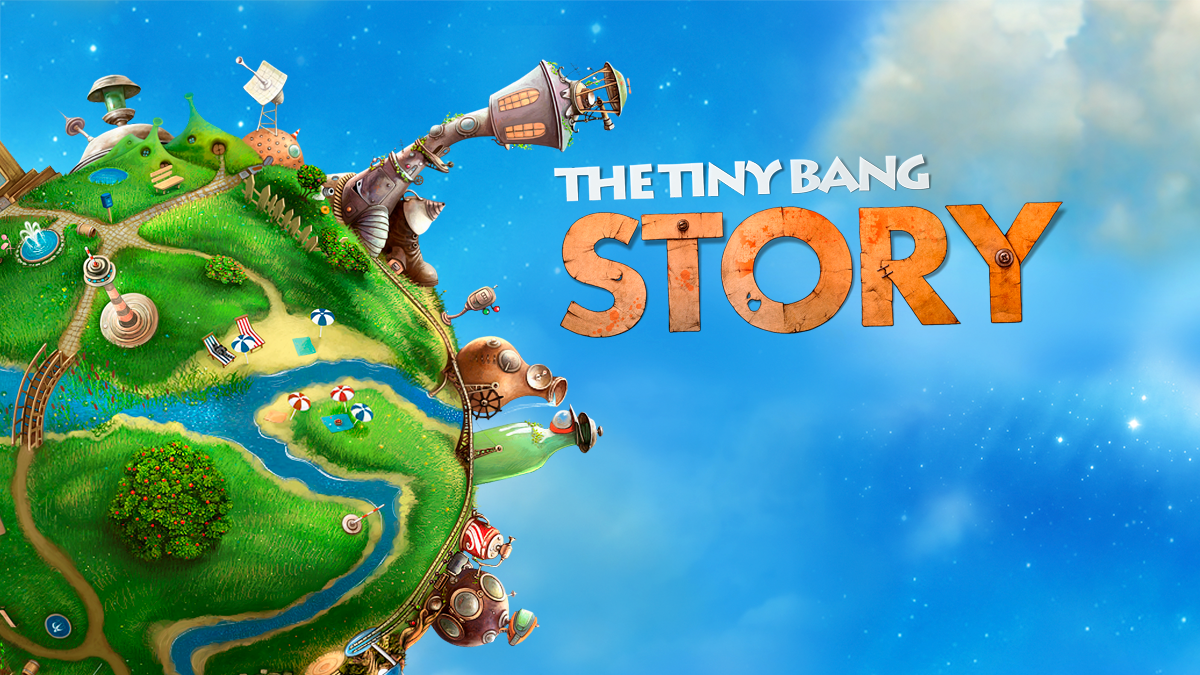 Here’s what happened to Tiny Planet, as best as I can tell. Its moon, which apparently is a giant soccer ball, is hit by a meteor and explodes. This has the unfortunate effect of splitting Tiny Planet into a bunch of perfectly cut puzzle pieces. Your job as whoever you are is to visit the planet (so, it wasn’t destroyed?) to find the puzzle pieces (okay, so it has been destroyed) and put it back together.

The setup is confusing, but it’s also unimportant. What matters here are the whimsical tone and wonderful puzzles that make The Tiny Bang Story a joy to play. If you haven’t already played it on another system (it was originally released in 2011) you should definitely check it out on the Nintendo Switch.

The Tiny Bang Story has five different sections of about three screens each. Your task in each section is to find all the jigsaw puzzle pieces that are hidden through the screens, but many of them will not be readily available. Instead, you’ll have to seek out and complete various minigames in order to unlock doors, cabinets and new areas in which the jigsaw pieces may be hiding. 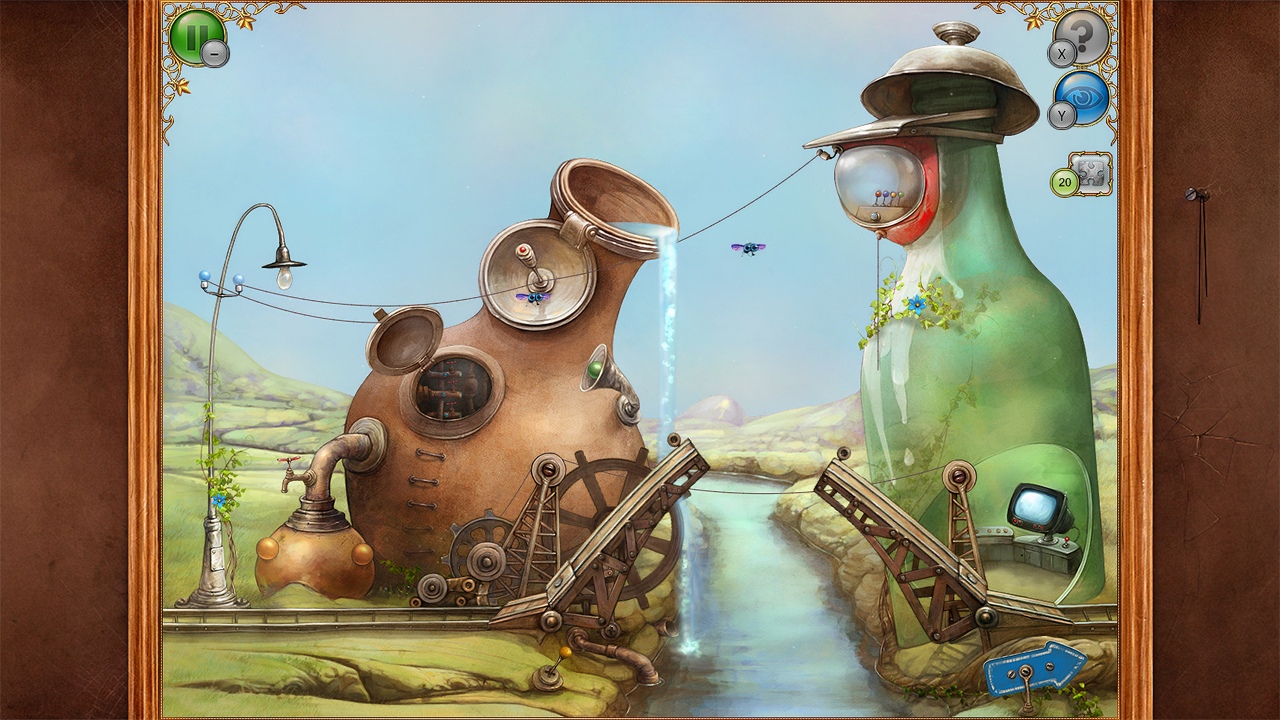 There’s an impressive variety to these minigames: mathematical, logical, visual, mechanical, etc. A few of them proved frustrating for me and my family, but even the most troublesome were eventually tackled through trial-and-error. It’s important to remember that just because you can see the brain teasers doesn’t mean you have everything you need to complete them. Likewise, there will be many objects scattered about that you can’t interact with until you’ve activated the associated minigame. What may look like scenery at first could become important later on that level. 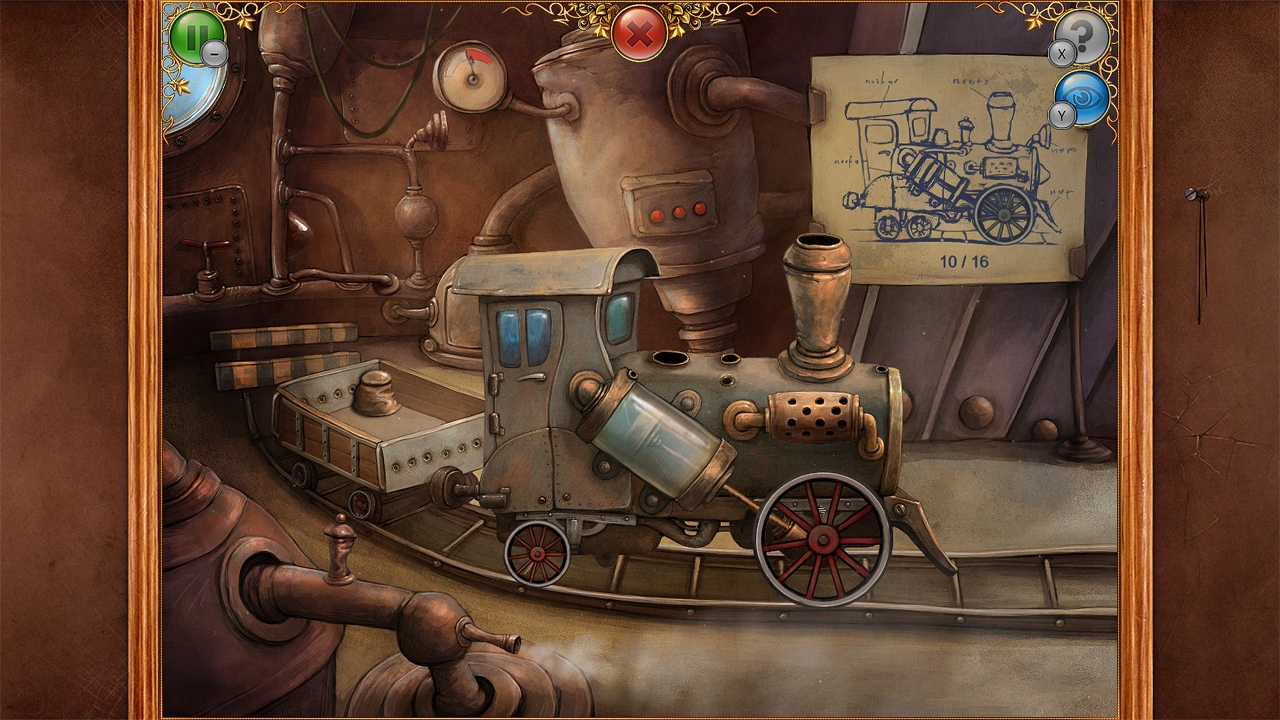 It helps to have multiple people searching Tiny Planet at once, so it’s certainly more fun to play the game in docked mode. It’s also more practical, as a lot of the elements are simply too small to see when playing in handheld mode (and would be even worse on the Switch Lite). The jigsaw pieces are especially problematic on the small Switch screen—both finding them and putting them back together.

Another reason to play on your TV is that the hand-drawn environments are easier to appreciate on the bigger screen. Like a quality picture book, they perfectly present the tone of the game and work in conjunction with the puzzles to draw you into this joyful little world of crazy structures and vehicles. The few citizens who remain don’t seem at all concerned that their planet has (or hasn’t) been fractured by a celestial calamity; they’re content to smoke their pipe or mind the store while you do all of the work. And that’s fine. They seem so relaxed that I’d hate to disturb them. 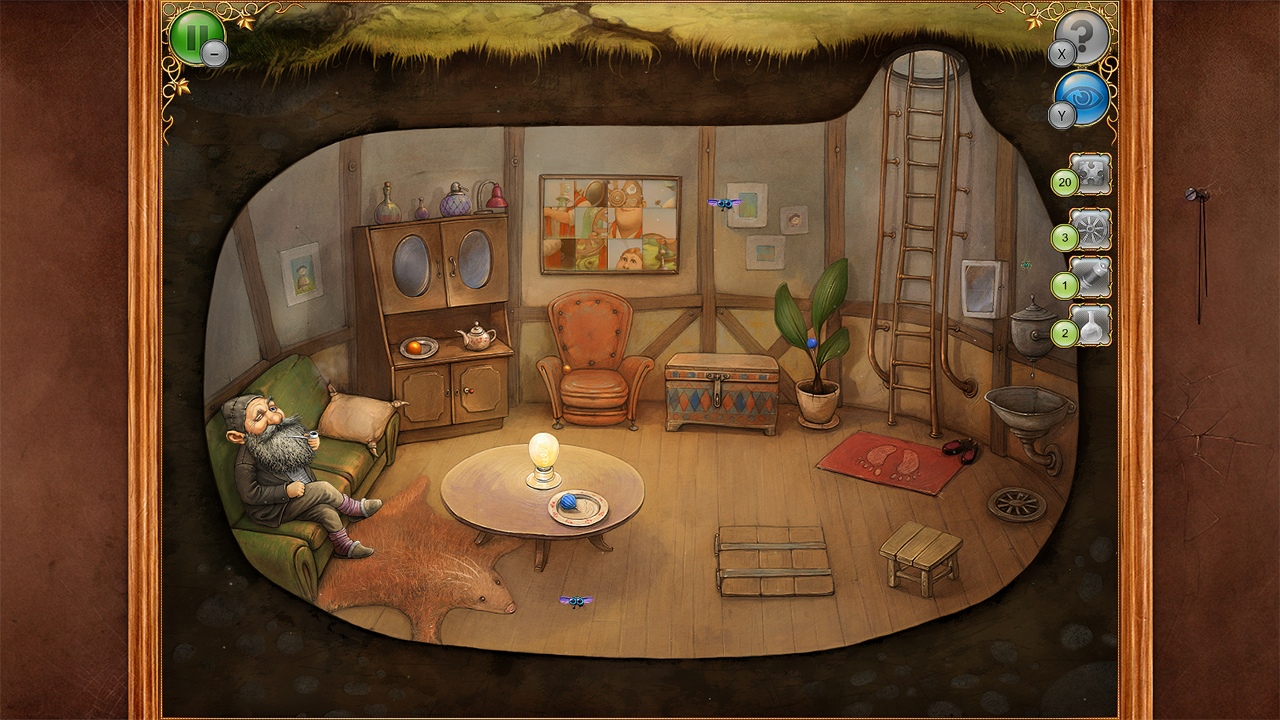 The Tiny Bang Story isn’t a very long game. You can complete the whole thing in about five to seven hours, but it’s fully engaging for that whole time. The minigame puzzles (over 30) are unlocked after you put Tiny Planet back together, allowing you to replay them at any time. I can’t imagine I’d ever do that, but it does provide an easy way to let others solve them without having to play through the whole game.

The Tiny Bang Story is a fun, gentle, whimsical title for anyone who enjoys a good puzzle or brain teaser. It’s accessible to younger gamers without talking down to them, making it fun for adults, too. The game can be finished quicker than you may like, but it’s priced accordingly and doesn’t waste a single moment on anything other than the joy provided by its gameplay and presentation.