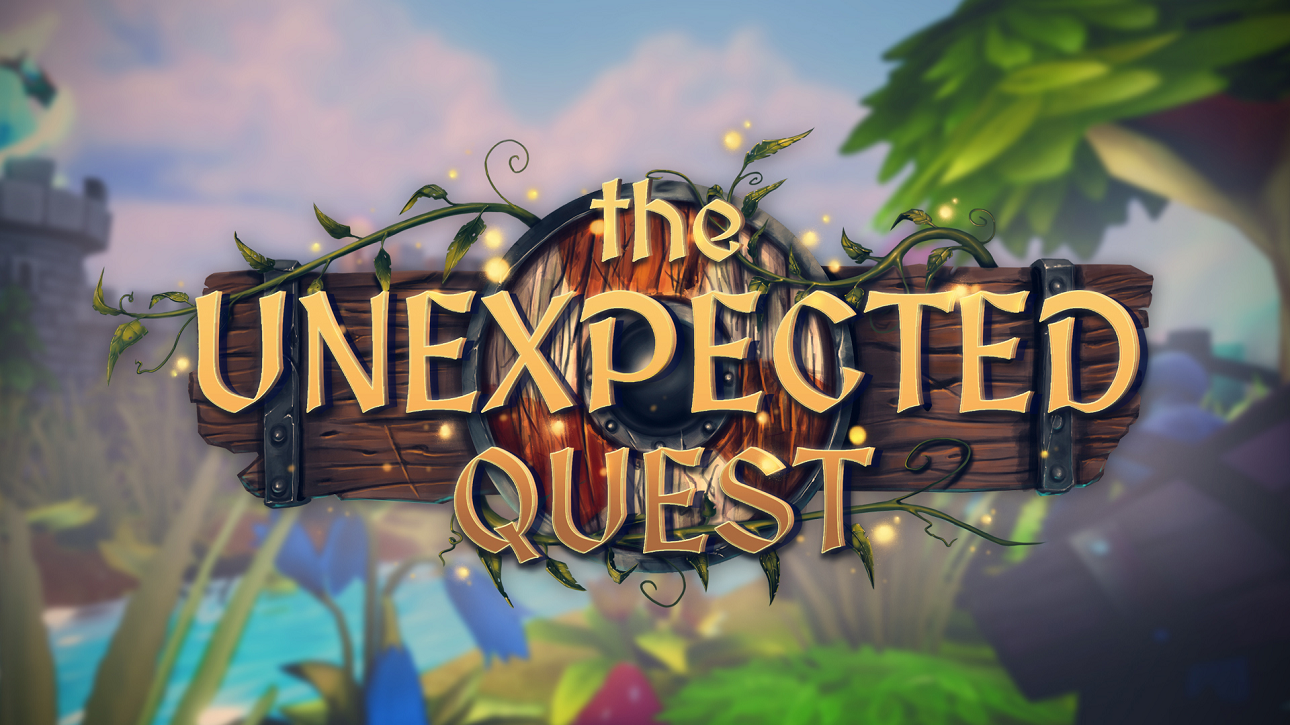 Join us on a heralding adventure filled with magic and mayhem! The title says it all, “The Unexpected Quest.” Our heroes are unexpectedly shipwrecked and must fight their way through zombies and other monsters on their trek through the land.

The Unexpected Quest is a simple RTS with limited resources, gold, food, and wood to manage. If I were to suggest a slow easy-going no stress RTS, this would be it. The game moves only as fast as you want for the most part. You control if you’re going to move to the next section of the map by removing an obstacle in the path; this also prevents monsters from just savagely eating your workers. As you complete little puzzle quests, new features and buildings become available.

But this game is so linear that it can be kinda boring. Unlike 99.9% of other RTS games out, the maps are preset. The player can only build on construction sites, so again unlike others with open maps that force the player to strategize and prioritize what, who, and where to build, The Unexpected Quest takes all the guessing right out. This limits the game and forces the player through the map to get from the start point to finish leaving no room for the player to do anything but exactly what it wants you to do. As you progress, more classes become available, but again the devs made this even more like it’s on rails! Only one class can fight one type of monster, and it tells you exactly what class will attack, so no guesswork in seeing who will be the most effective.

Visually it reminds me of Gauntlet Legends, kinda silly character designs with clunky animations. The soundtrack is uninspiring as well; it doesn’t pop out and is easily forgettable. I did like the silly Charlie Brown sounding speech and the screams of your workers when a monster chases them after you set them free! I can see the appeal of younger gamers would have for a title like this, as it’s not complicated or hard to follow, and you progress easily and at a steady pace. The controls are very easy to learn and also uncomplicated, point-and-click.

As an adult and long time gamer, I feel this really is for a much younger crowd of players. It’s not necessarily a bad game, just very simple and easy with no real apparent challenge. In short, it’s good for a kid who’s just getting into RTS style games. Adults keep looking unless it’s for your 12-year-old. It’s not bad, but it’s not great either.

As an adult and long time gamer, I feel this really is for a much younger crowd of players. It’s not necessarily a bad game, just very simple and easy with no real apparent challenge.