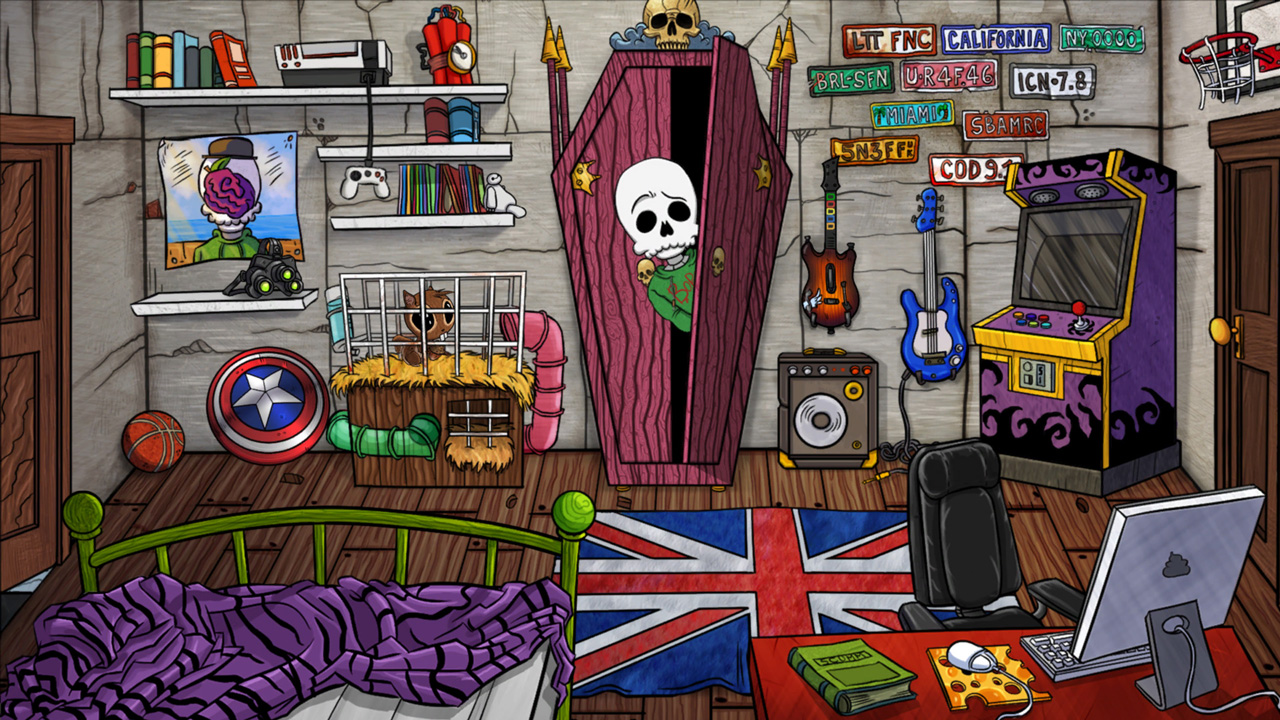 The Wardrobe begins with an opening clip that could almost be mistaken for serious if you don’t know what kind of game you’re in for. It tells the story of two boys on picnic, only for one of them to die after eating some plums. The other boy flees and doesn’t tell anyone what has happened.

You play as the dead boy, who is mysteriously stripped of his flesh and resurrected. He goes to live in the wardrobe of the friend who fed him those fatal plums – literally, the skeleton in his closet.

The game begins on what appears to be an ordinary day. You leave your wardrobe, you go to the bathroom. But when you re-emerge, you find that your friend is gone, along with his family and possessions, and the house is being cleared by removal men. You no longer have a wardrobe to live in.

Your task from there is to make your own way in the world.

The game has a simple point-and-click format. It doesn’t have terribly complex controls, but it does make decent use of the Switch’s touch screen functionality and is easy enough to control with a Joy-Con if you’re playing on a larger screen.

Like a lot of similarly structured games, The Wardrobe definitely offers an indulgence for your inner kleptomaniac. You have the option of fiddling with or collecting near enough everything you see.

The design of the game is a colourful, cartoony style that both contrasts with and compliments the dark sense of humour. The childlike design enhances the absurdity of the death in the opening sequence and clashes entertainingly with the adult jokes scattered around throughout the background of the world you explore. 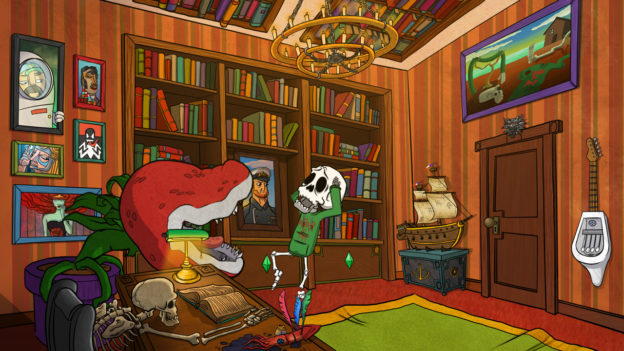 The game has put a lot of effort into its sense of humour. It is dark and sarcastic and it does ease you into the game with a laugh. Skinny the skeleton has some enjoyable banter with the narrator who tries to help you get the hang of the controls. There are nostalgia references dotted around everywhere, almost to the extent that it feels like there are more details designed to be gags than to build the game world.

There are a number of options you have to click on that Skinny with just refuse to engage with. Instead, he’ll give you a withering response about how ridiculous it is that you would even suggest that. This is funny the first few times, but it gets old quite quickly.

It also slows down how fast you can progress through the game, which is already quite modestly paced. If you’re the kind of player who wants to get on with the story, you might end up getting frustrated at the number of things you are led to believe you can explore but actually can’t. 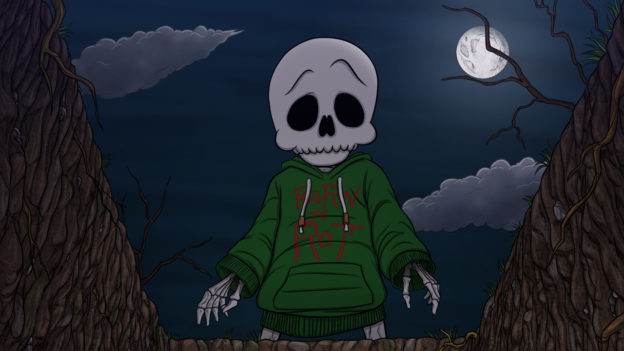 Silly humour aside, The Wardrobe does require you to put some thought into the puzzles you are faced with and to think outside the box. For instance, it isn’t immediately obvious that you’re supposed to avoid the drug-addled removal men by flushing yourself down the toilet to get into the sewer.

The sense of humour in The Wardrobe could be described as an acquired taste, but undoubtedly a lot of effort has gone into it. There are definitely people out there who will love devoting their time to seeking out every nerdy easter egg buried in the various backgrounds as they get Skinny to safety. 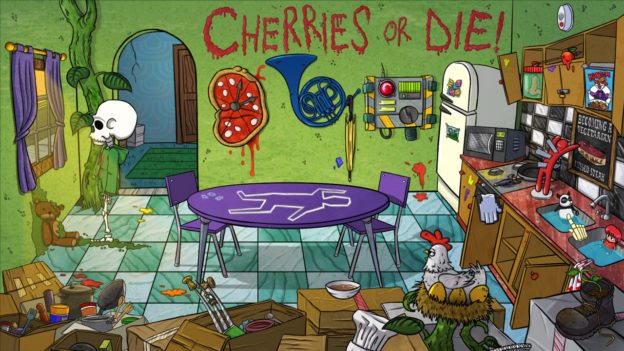 A decent enough point-and-click game with a dark sense of humour.