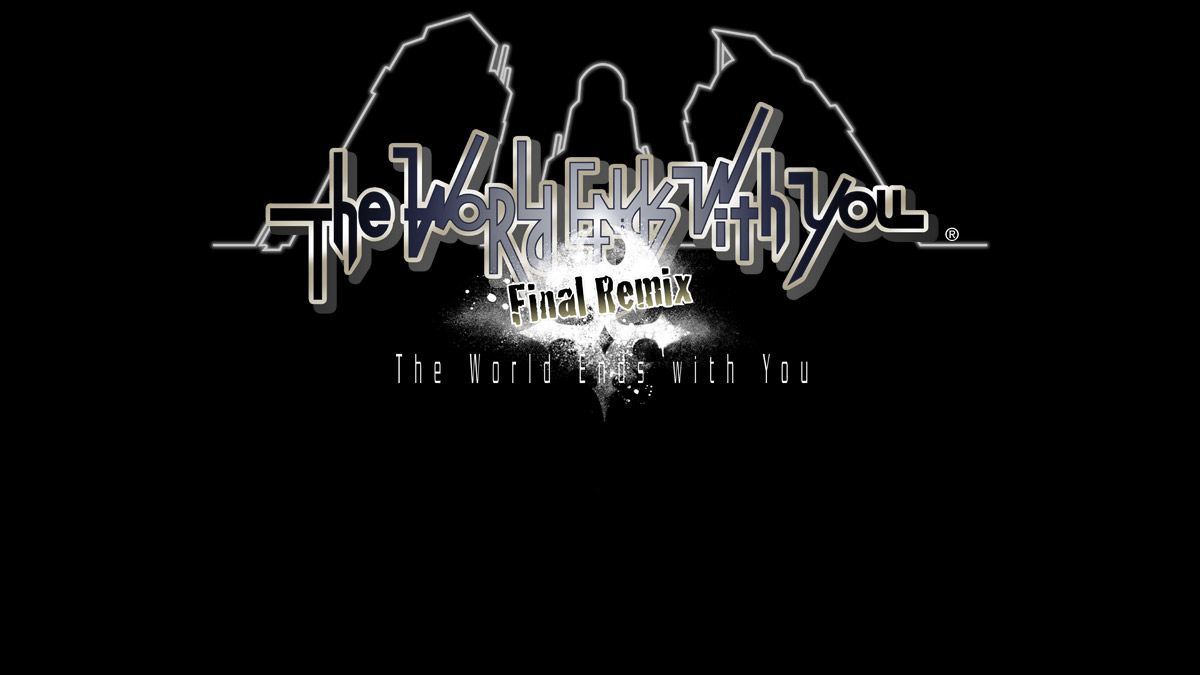 The World Ends With You quickly became a cult hit when it released for the DS in 2007. The game used every feature of the DS system; from its dual screens to the microphone to even the sleep functionality. It goes without saying the Switch port of the title loses a lot of those features. However, it doesn’t come out of the transition worse per se, just different.

The most noteworthy feature of the original game was the combat system. The main character, Neku, was controlled on the bottom screen with the stylus while his partner was controlled on the top screen with the d-pad. It was hectic juggling between the two screens, but it was rewarding to master the combat. With only one screen to worry about in Final Remix, there’s a lot less to keep up with, but the partner system was reworked to add an extra layer of depth not present in the original. 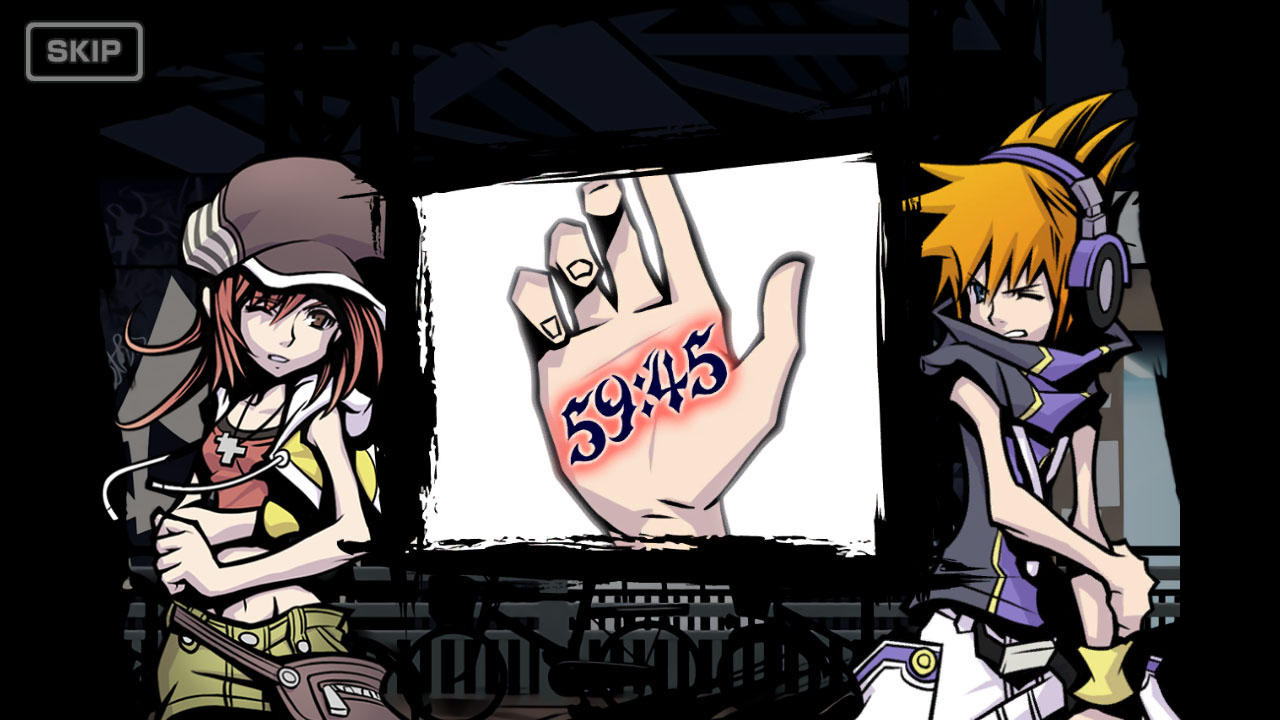 Neku is now controlled with either the Switch’s touch screen or through one of the Joy-Cons with motion controls. The player’s move-set is determined by which pins he or she equips. Pins are activated through commands, for example, dragging across the screen with a fire pin will cause a flame to follow wherever you point. A lightning pin, meanwhile, will smite enemies that you tap. In the Switch version, different partners will attack foes depending on which command you use. For instance, Shiki attacks when you tap an enemy and Joshua strikes when you swipe down. If Neku and his ally attack at the same time, it builds up a synch gauge that, when activated, unleashes massive damage to all foes and increases the drop rate of items.

In the DS version, you controlled Neku and his friends independently, so the player could theoretically use the same loadout of pins throughout the entire game. Now that partners are activated through commands like pins are, it’s a good idea to use pins that activate through the same command as your current partner. Combat still takes some getting used to. Even with touch controls, it can be hard to consistently activate certain pins. Motion controls can make reliably controlling Neku even more difficult and I don’t recommend using them unless you’re playing co-op, which is new to Final Remix. 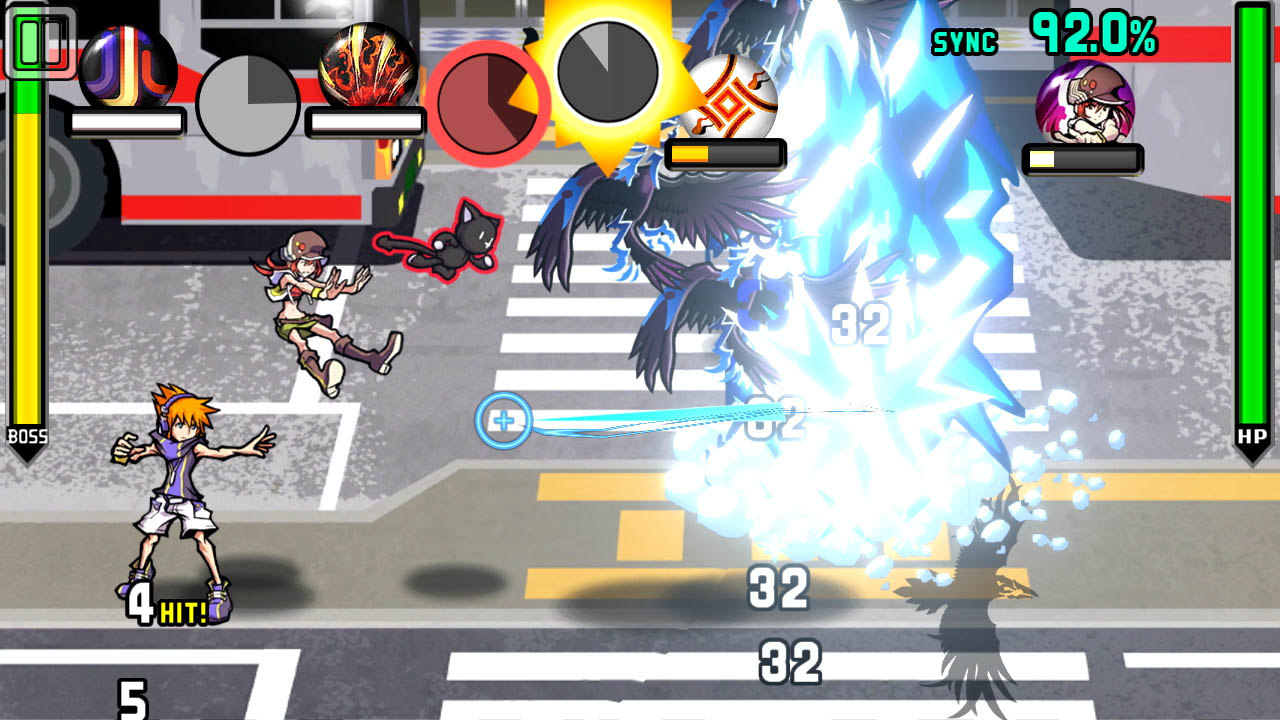 Co-op allows a second player to control Neku’s partner. Each partner has four attacks that are activated through different commands. Co-op can be activated at any time through the pause menu and it only requires the use of the other Joy-Con. Of course, braver players can try to recapture the challenge of the original’s dual-screen combat by playing co-op on their own. However you choose to play, there’s also a lot to love about the game’s presentation.

The story begins with Neku Sakuraba, a reclusive teenager from Shibuya, waking up in the middle of a crowd with no recollection of how he got there. He finds himself as a participant of the Reaper’s Game, a game in which he must defeat monsters called “Noise” in order to complete objectives and avoid erasure. Now Neku must partner with others not only to survive, but also discover what the Reaper’s Game is and how he became a part of it. It’s ultimately a story about learning to let others in, and Neku’s character arc is one that will resonate with a lot of players. 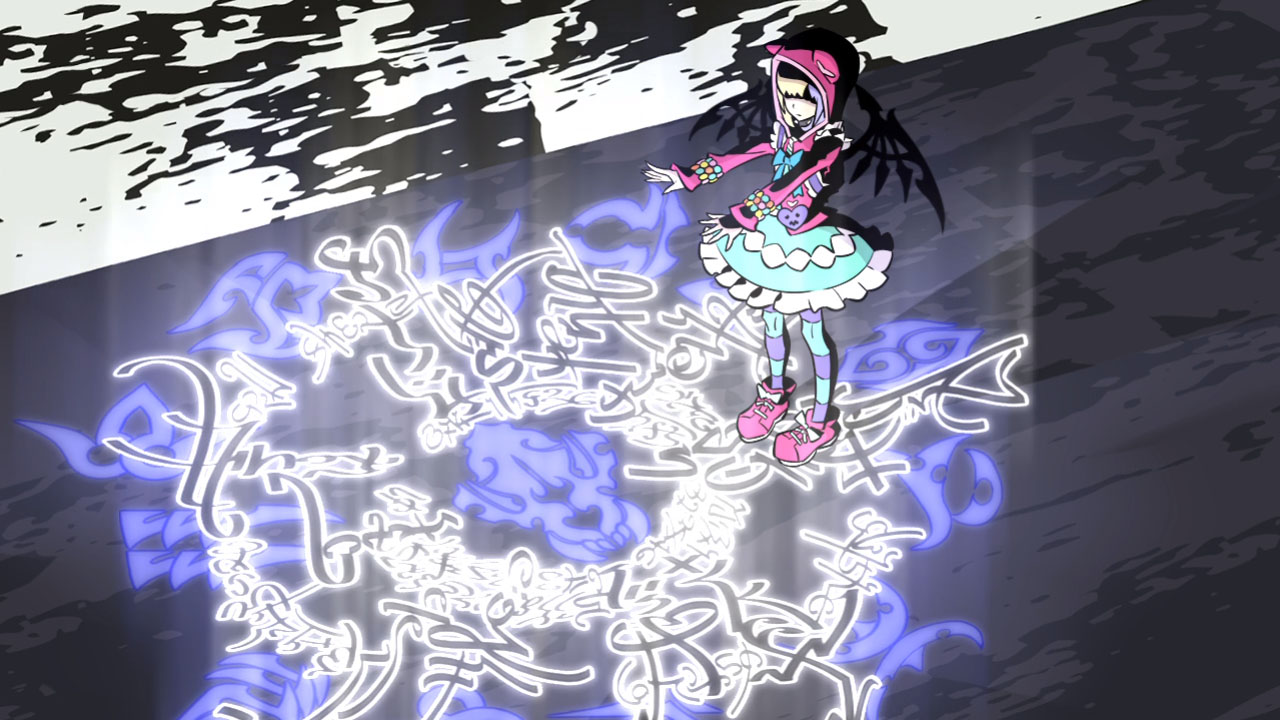 Final Remix adds a brand new epilogue called “A New Day.” A few conditions need to be met before unlocking it and it only becomes available after finishing the main game, so players returning from the DS or iPad version of the game won’t be able to hop into the new content immediately.

Final Remix also adds remastered graphics and higher quality music samples. The sprite work for all the game’s main characters look good, but the NPCs walking the streets of Shibuya look like they’ve had smoothing applied and nothing more. They don’t look great, but they aren’t difficult to get used to. 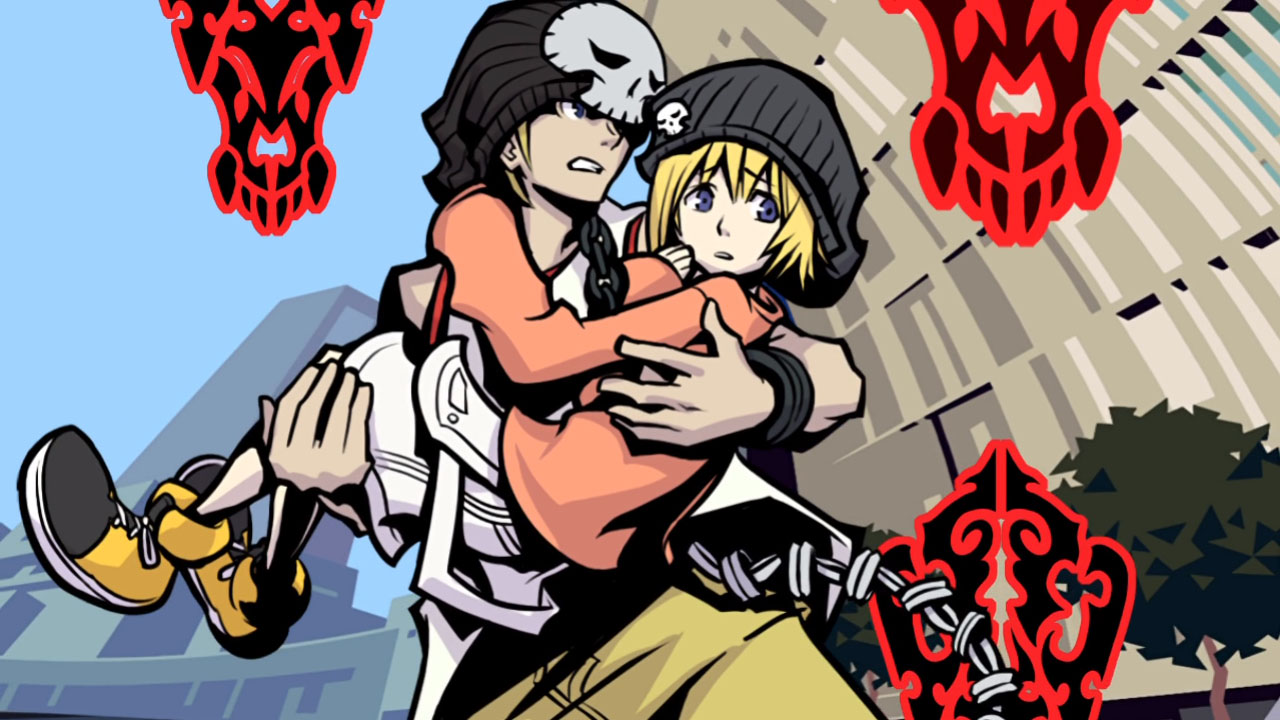 The soundtrack has always been one of The World Ends With You’s strongest elements. It’s made up mostly of vocal themes, covering pop, hip-hop and rock. New songs were included in the A New Day scenario and they continue to sound great. The high quality samples present in the re-release are better than ever, but purists are given the option to use the original DS samples if they so choose.

All in all, The World Ends With You: Final Remix might be different from the DS version of the game, but it’s still a great package. It’s got a unique, customizable combat system, a modern story filled with intrigue and heart, as well as a fantastic soundtrack. The original game is a cult classic, and now is as good a time as any to see why.

The World Ends With You: Final Remix might be different from the DS version of the game, but it’s still a great package. It’s got a unique, customizable combat system, a modern story filled with intrigue and heart, as well as a fantastic soundtrack

I've been playing games since the SNES/Genesis era. Some of my earliest memories are of Donkey Kong Country and Sonic 2. My favorite Nintendo generation is the N64. I played Super Mario 64, Ocarina of Time, Banjo Kazooie, Kirby 64, and Paper Mario all the time growing up. Today I play a lot of JRPGs. My favorite turn-based RPGs are Shin Megami Tensei and Persona games, while my favorite action RPGs are Dark Souls and Kingdom Hearts.
Comments
Submit a Comment