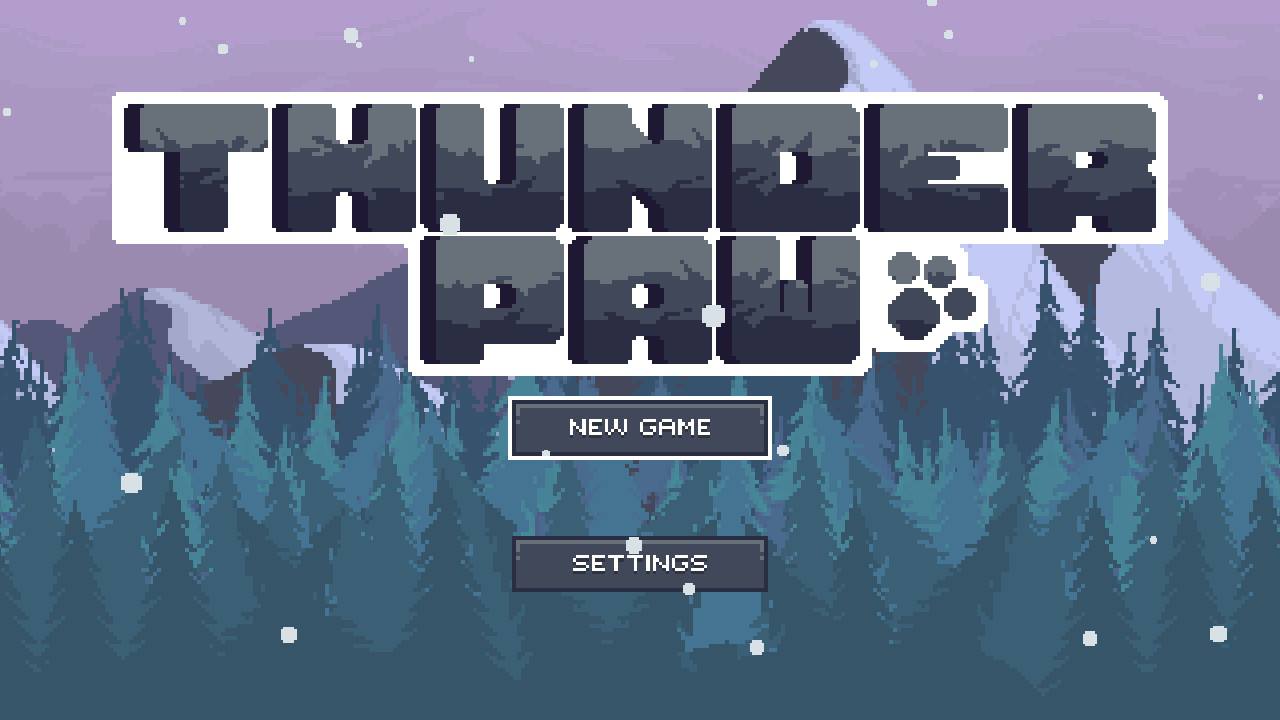 Thunder Paw is an action platformer that looks cute on the outside but can be rage-inducing on the inside. The game is short with only 20 levels and five bosses. However, you can log in a decent amount of hours based on the up-and-down difficulty. 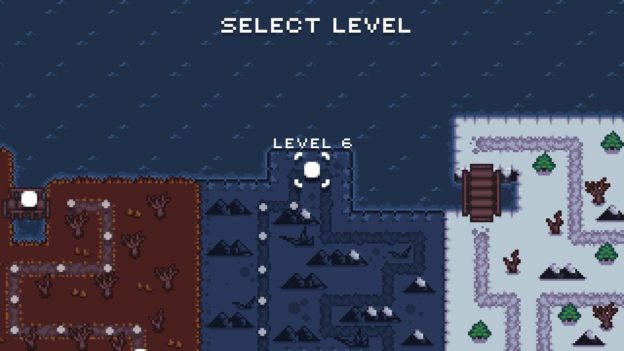 This game has a simple story. You play as a dog and when an explosion occurs near his house, he rushes home only to find that his parents are missing. Left behind is a note telling Thunder not to go looking for his parents or else he’ll be killed. Then, the game gets right into the action.

The first level is short and sweet. It tells you how to play the game – walk, jump, and shoot your gun which has absolutely no range at all. When you defeat an enemy, they’ll drop blue diamonds for you to collect. I thought this was experience points at first, but Thunder never levels up. The longer I played, I realized my gun had a bigger range, if ever so slightly. While it’s never explained in the game, I think that’s what the blue diamonds are for. There are no other guns or weapon upgrades, so what you start off with is what you have for your whole adventure. Increasing the range a tad bit isn’t much, but I guess it’s better than nothing at all. 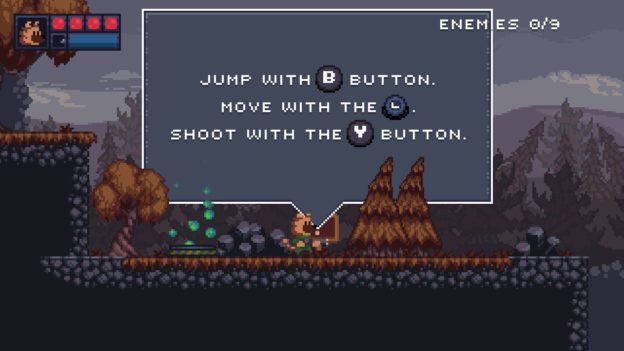 Enemies also drop hearts, which you’ll definitely need. While the controls respond well, Thunder himself can be a bit jarring. He walks quickly and jumps high, but the jump feels a bit floaty. This makes it easy to walk into enemies accidentally, thus losing some health. Thunder only has four health points.

It’s easy to die on these levels no matter how easy or hard they may be. You can walk into an enemy or jump off a ledge and land on top of an enemy that you couldn’t see off-screen. Since Thunder recoils whenever he shoots his gun, you can knock yourself backward off a cliff. 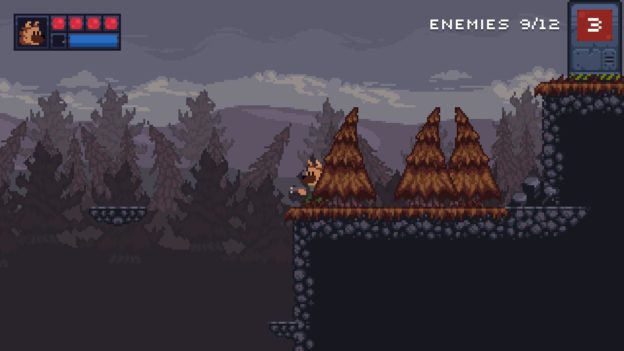 Luckily, there are checkpoints within the levels. You have to find them, but if you do and you die, you’ll respawn there. If you die before finding a checkpoint, you have to start the level over again and all the enemies come back.

All the levels are the same, more or less. There are a certain number of enemies within each area that you need to kill before making it to the end so you can move on. The enemies are scattered about and while either level is fairly small, they’re like mazes and there’s no map. This isn’t a bad thing though, I think it’s a pretty cool design choice. 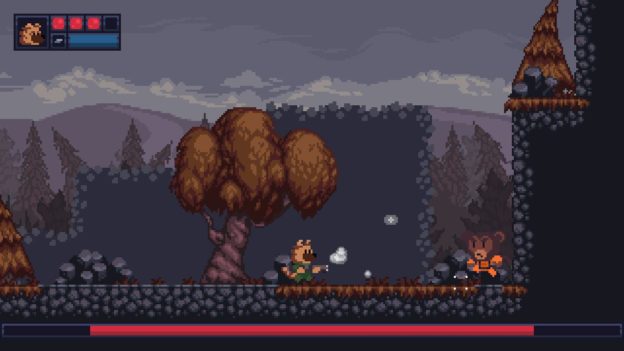 The bosses were difficult, as they should be, but they weren’t difficult in a way to challenge you – they were difficult in an unfair way. The first boss, for example, ran back and forth throwing grenades. Since Thunder can only run and jump, it was hard to dodge. Since his gun had little range, I had to get up close and personal with the boss only for him to charge at me and knock me over. Or, I’d shoot thinking I was close enough, but I wasn’t and Thunder recoils further back. The lower the boss’s health became, the faster he moved.

I died so many times on the first boss, especially when I had almost beat him. I don’t mind dying a handful of times to a boss, but it felt unfair and having such a problem on the first boss is annoying enough. There’s no ease into how the bosses work. 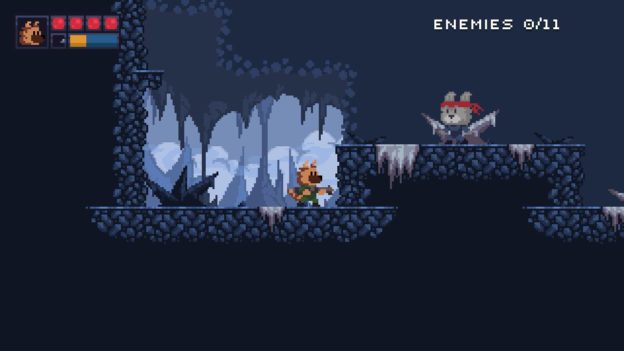 The pixel art was charming and the music to go along with each of the five biomes fit well enough with the game. I didn’t find myself feeling the need to lower the volume or turn the music off completely.

Overall, Thunder Paw is a game that can’t make up its mind on whether it wants to be hard or easy. The levels became repetitive after a while and you can’t upgrade your weapon or receive other rewards. With a simple story and how short the actual game is, there’s not much incentive to beat the game.

Thunder Paw is a charming platformer that’s short but not so sweet. The gameplay doesn’t hold up compared to the cute pixel art and fun music.