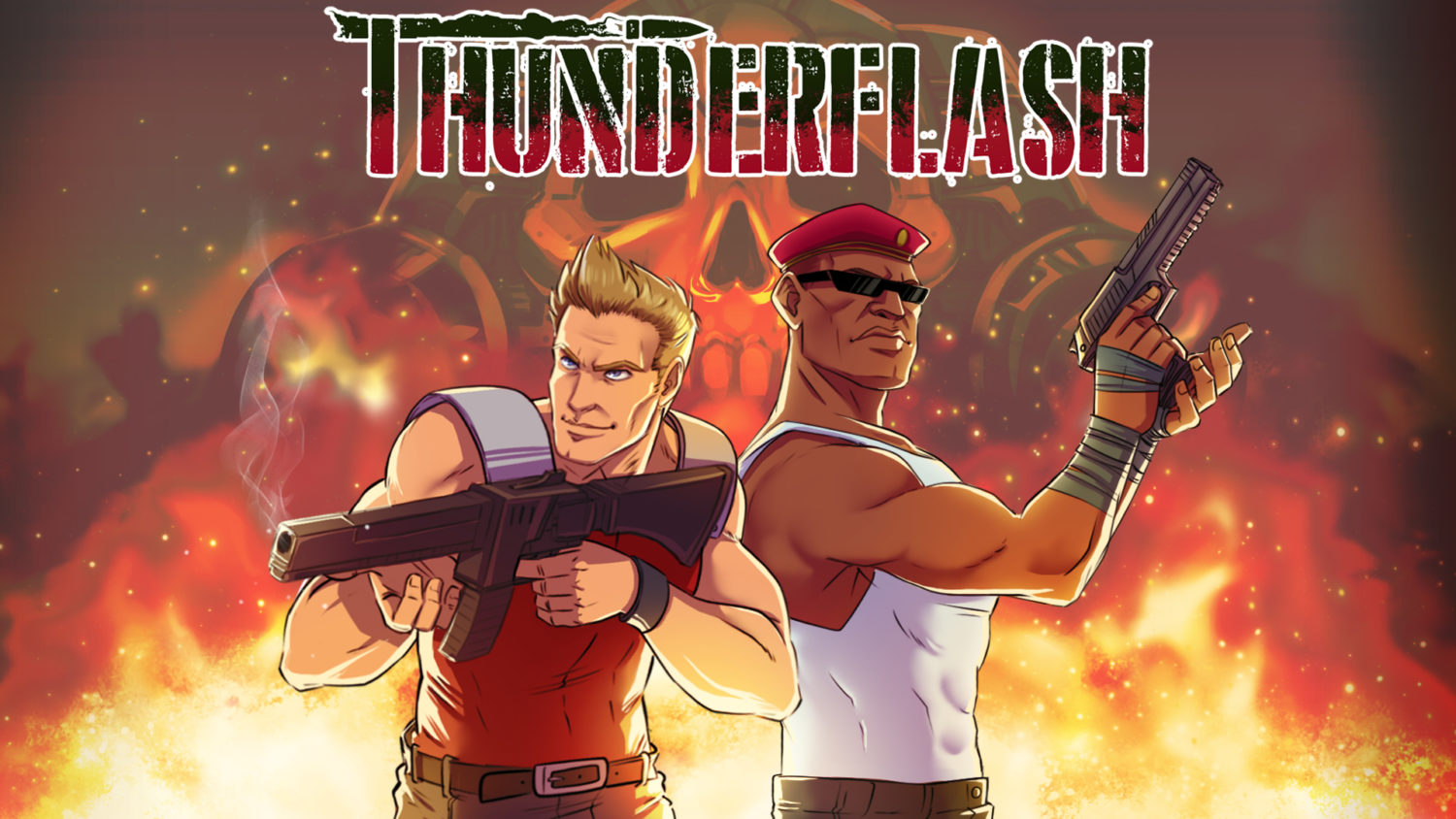 Thunderflash is an action-arcade game for the Nintendo Switch. This top-down brawler relies on nostalgia, with an old-school ‘80s style reminiscent of classic shooters. Can it hold a candle to its predecessors? Thankfully, despite some flaws and a short runtime, there’s fun to be had.

The game begins with a brief story – something about a gang of overseas mercenaries and a homeland mission to stop them. It’s perfunctory at best since it’s the action that brought us here. Fortunately, there’s plenty of that. 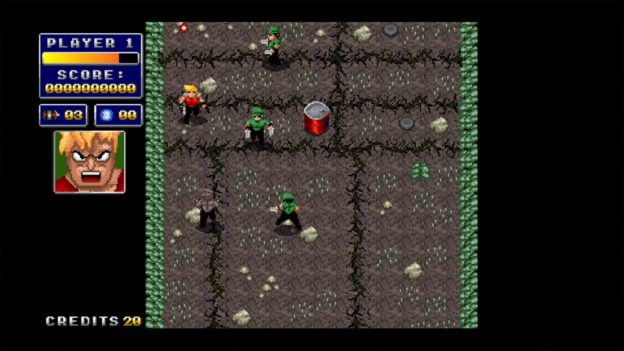 You can choose between one of two characters, with the tough-sounding names of Rock and Stan. No female counterparts or other customizations are available, which is a little disappointing in 2021, even if it is based on the ‘80s. Still, both characters behave in the same way: walk, aim and shoot. Oh, and try not to get hit along the way.

Most titles in this genre are quite challenging. In this case, Thunderflash might be a little disappointing to hardcore fans since it borders on easy. To balance this out, a hardcore mode is available for an extra challenge. Either way, you begin with 10 credits (or lives) and a life bar that depletes thanks to copious enemies in your path. These enemies are quite varied, with soldiers, gun turrets, mines, lasers, buzzsaws, grenades, and all sorts of other devices thrown at you along the way. Of course, there are also boss fights, with some fun – but not terribly difficult – big bad guys to battle. 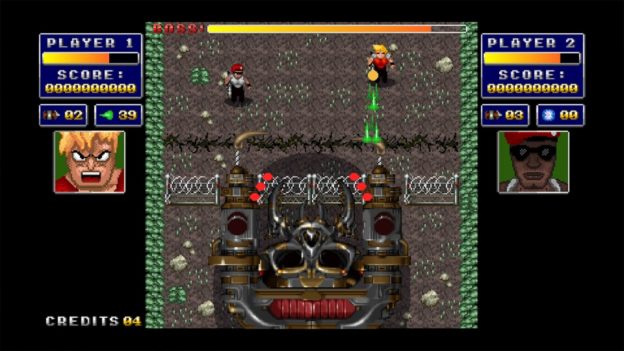 The environments change with each mission, too. You’re still walking through a war-torn zone, but maybe there’s water underfoot rather than dirt. Sometimes you’ll ride a boat or fly through the air, providing a brief change of pace. Buildings provide a slightly different layout, with branching paths that could lead to extra gold or health.

Speaking of collectibles, like any decent shooter, Thunderflash has items to find along the way. These are pretty standard; I’d like to have seen something special, like a unique item to find in each level, or more well-hidden items. This would help add to the game’s longevity. So would a star rating, or indeed any incentive to replay levels. The only reason to replay is if you run out of credits, forcing you to restart from the beginning. 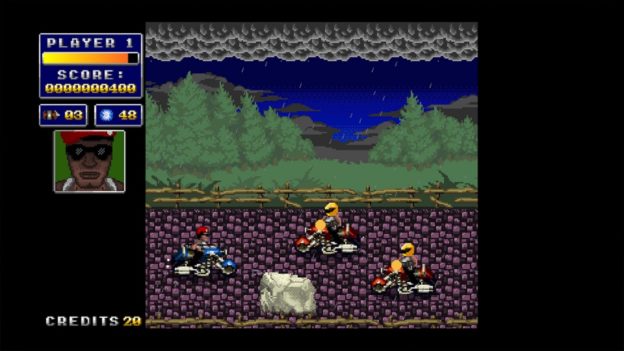 Another staple in terms of collectibles is weapon upgrades. There are many different weapons to try, though each comes with limited ammo. The flamethrower is my personal favorite, taking down multiple enemies at once. There’s no ability to switch between weapons, so you can’t save the better ones for harder enemies. I also noticed that my flamethrower wasn’t out of ammo when I finished a section, yet it was stripped from my arsenal when the next began.

Graphically, there’s a great retro vibe going on here, complete with pixelated graphics and even a CRT-style square screen. It adds to the overall ‘80s concept and makes you feel like you’re playing an old-school arcade machine. The audio matches this style, with loud, pumping tunes that sound, well, definitively ‘80s. Say no more.

Overall, Thunderflash is a decent top-down arcade shooter in the vein of ‘80s brawlers. It might not win any awards for ingenuity. It might be over relatively quickly. But there’s still fun to be had for fans of action-arcade games. Think along the lines of an easier Metal Slug, played from a top-down perspective. If that sounds like your style, there’s bound to be some enjoyment here, particularly with a friend on board.

Thunderflash might not win any awards for originaility, but as a callback to the arcade classics of yesteryear, it’s not meant to. Overall, it’s a fun way to waste a few hours shooting things with a friend.