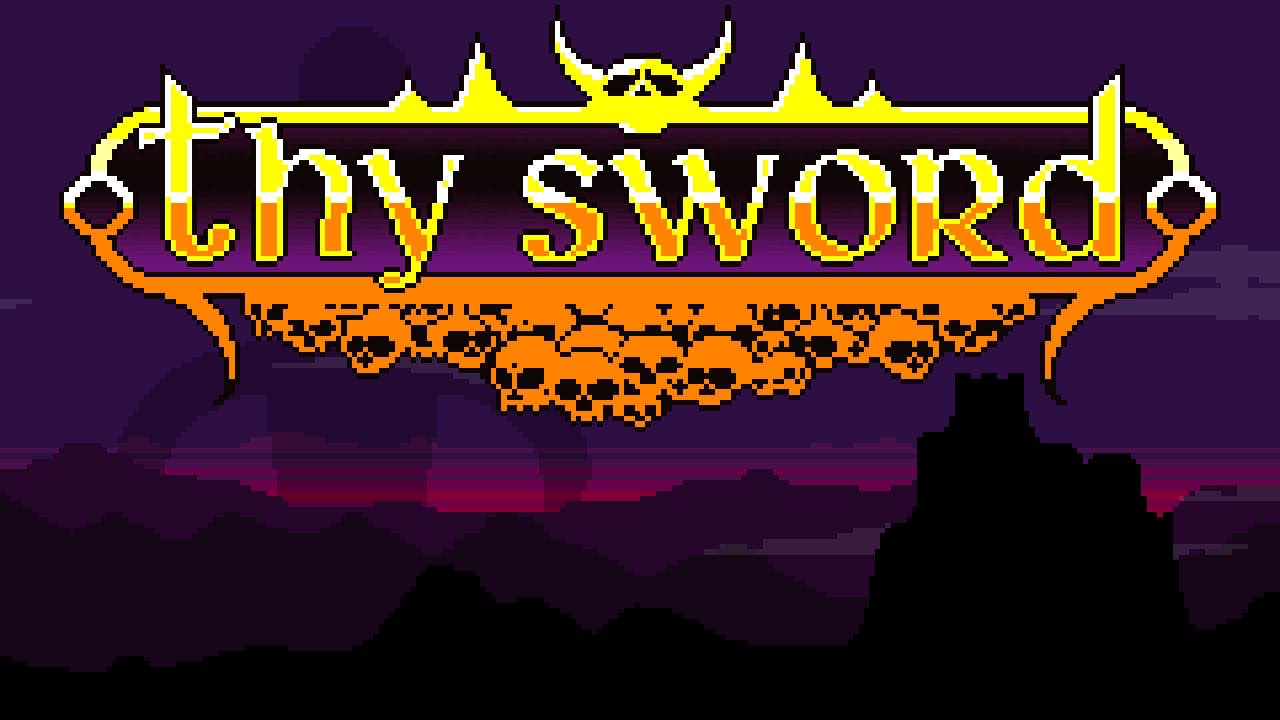 Thy Sword is an action platformer from GamePhase on the Nintendo Switch. Initially choosing from two different characters, it’s your job to defeat the Dark Overlord using Thy Sword. With unique levels and a plethora of ways to fight, defeating the Dark Overlord is pretty fun. 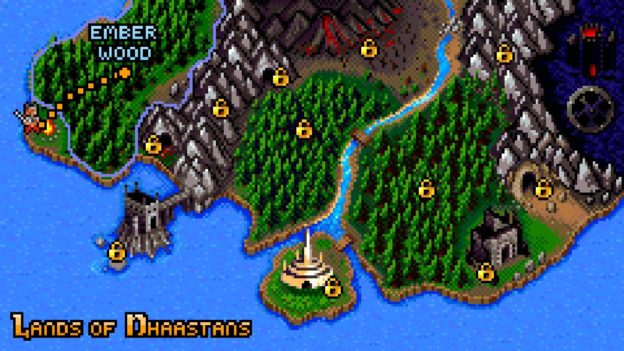 When turning on the game, you can choose between one of two characters with more to be unlocked down the road. One is a Barbarian with a sword, and the other is a Valkyrie with a sword and a bow with ten arrows. I opted to go with the Valkyrie during my playthrough for the extra weapon.

Before we get into the gameplay, let me mention that, upon choosing your character, there are two doors to choose from. Neither door is labeled, so I didn’t think there was a difference between the two. I chose the door on the left, and it ended up being a separate mode from the story called Tournament.

This mode puts your character on a fixed screen with multiple platforms that you can jump up to or climb up using a ladder. There are barrels scattered about that you can break with your weapons to see what’s inside. Some were empty, and some had health potions, more arrows, or boots to double jump. However, nothing else happened. None of the other barrels had enemies inside, and the game never brought me to a new screen to fight more enemies. I had to reset the game. I tried the tournament twice more and had the same outcome, so I left it alone and decided to move onto the main story. 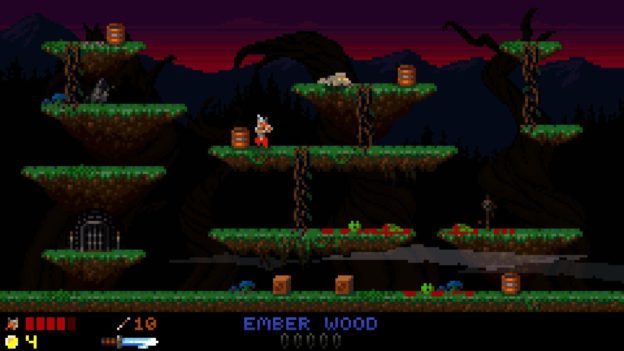 I didn’t realize at the time, but my game had initially glitched where only a couple of controls actually registered. This was partially fixed when I deleted and redownloaded the game. I tried the tournament mode again and, while all the controls worked and more enemies spawned, still nothing happened after defeating all the enemies. I couldn’t leave, and the score never updated. So, I decided to move onto the main part of the game.

When I chose the door on the right, I was allowed to pick a tutorial or easy, medium, or hard difficulty. I did the tutorial for the second time now that all the controls were working after it initially glitched out. Then, the game began.

The map shows different areas where you spend about five days – meaning each level has five levels within it. These “days” consisted of the same thing tournament mode was. You’re placed in a small area with a fixed screen with platforms surrounding you. Enemies pace on different platforms with a sealed door placed randomly on the screen. You need to defeat all the enemies to open the door and move onto the next “day.” These levels are randomly generated. So, if you die on day one and go back to it, it’ll be a different layout with different enemies. I thought this was a nice touch, especially if you get stuck in a certain area. 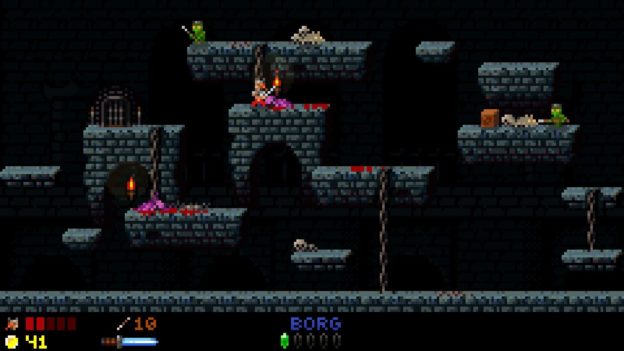 This gameplay isn’t too bad. It felt like a boss rush in some way. Some enemies, such as rats, took one hit to die while other enemies, such as green goblins, needed to take a few arrows before dying. The farther you get, the more types of enemies appear, such as blue archer goblins or rock creatures.

Even though there are many ways to attack, your character only begins with five HP. In between areas, you end up at a village where you can speak to a cleric and buy health potions, among others, such as potions to increase your max HP. You can also buy upgrades such as double jump boots, a bigger quiver, a fire sword, and more. Enemies drop money when you defeat them, but I didn’t buy as much as I wanted to because everything was expensive. 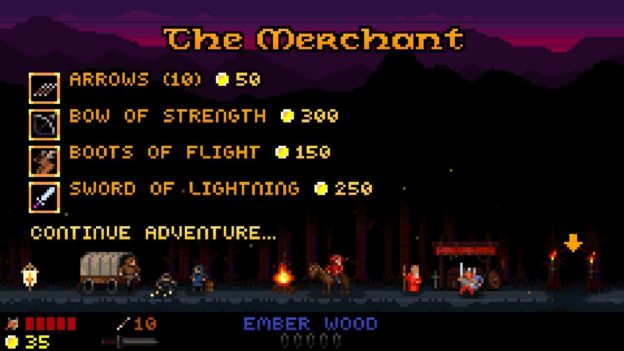 I felt as though I wasn’t well equipped, especially in the beginning of the game. Because buying potions and upgrades are expensive, I was stuck with five HP for the first three bosses. That third boss was difficult to defeat with such little HP. With that said, there is a two-player option that I didn’t get the chance to try out. I wonder if having a friend would have made the game a bit easier.

The concept of Thy Sword isn’t too bad. There is a story, and while it’s told well (in between bosses with fun poetic rhyming), I didn’t think there was much point to the story. This game would have been okay with the gameplay alone.

Thy Sword is a good platformer with many controls that need time to get familiarized with. Once you get past that, the gameplay is pretty fun. This is one to go back to once in a while.