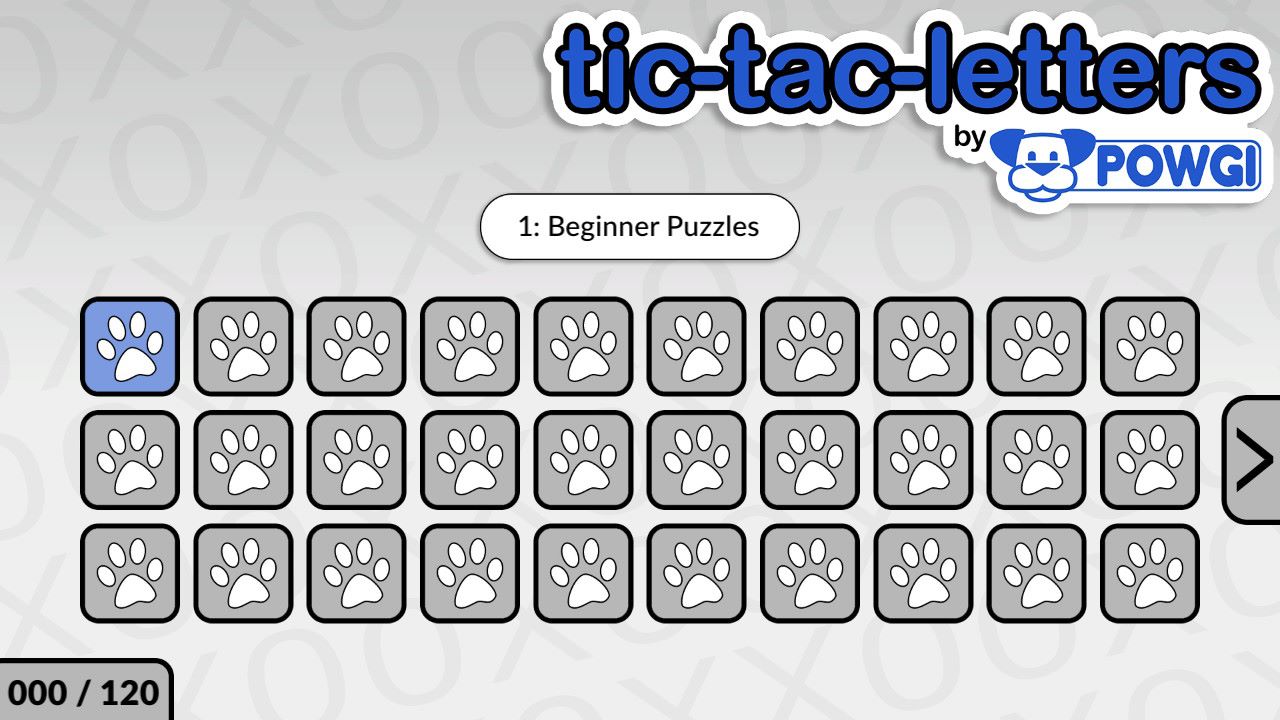 Tic-Tac-Letters by POWGI is a puzzle game from Lightwood Games. It’s described as a game that’s based on tic-tac-toe, but, other than using two letters for each puzzle, I didn’t get a tic-tac-toe vibe from it at all. 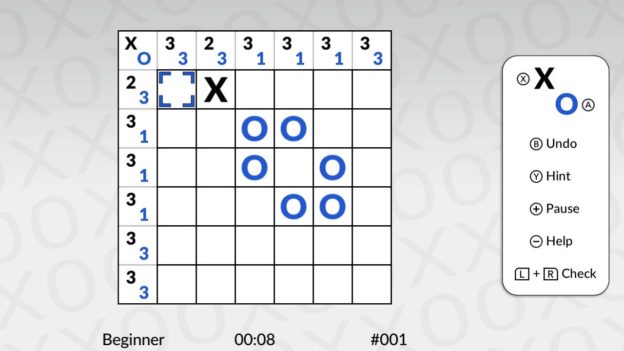 This game is plain and simple. The main menu is the list of puzzles. There are 120 in all – 30 beginner puzzles, 30 easy, 30 medium, and 30 hard. You can do these puzzles in any order you want. For example, you don’t need to complete a certain amount of beginner levels to unlock the easy levels. I played them all in order anyway. Once you complete a puzzle, you have the option to go back to the menu or to move onto the next puzzle which is what I always did.

The puzzles are all the same. The only difference between the difficulty levels is that the grids get bigger. I had assumed the harder puzzles would throw three, four, or maybe even five letters into the grid, but that wasn’t the case. Then again, this is supposed to be inspired by tic-tac-toe, so I see why only two letters were used. 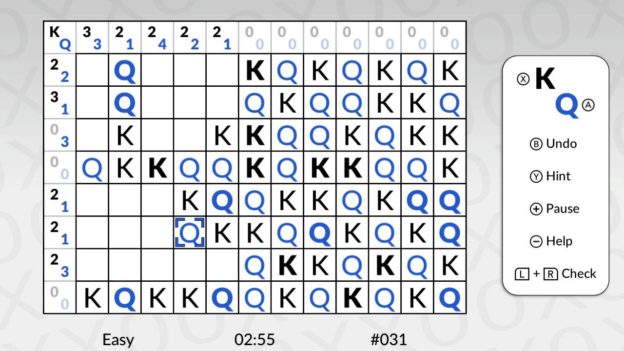 When you click on the first puzzle, the directions of the game pop up. I’ll admit, I tried reading it and didn’t understand it. I learn best by doing, so I skipped the “how-to” and jumped right into the puzzle.

You need to fill in the whole grid using just two letters given to you. You have the option to have every puzzle be X and O, but I didn’t mind having random letters. Some puzzles were R and S while others were P and M. Some letters are already in spots on the grid and they’re bolded, which means you can’t change them. You need to fill in the rest of the grid by not getting three letters in a row, having the same amount of each letter in all rows and columns, and having each row and column unique.

This is why I didn’t read the directions. It sounds more confusing than it is. In fact, I filled in what I knew first. For example, if there was an O, blank space, and another O, I knew that blank needed to be X so that there were not three Os in a row. As you fill in the grid, more of those opportunities filled up and before I knew it, the grid was complete. 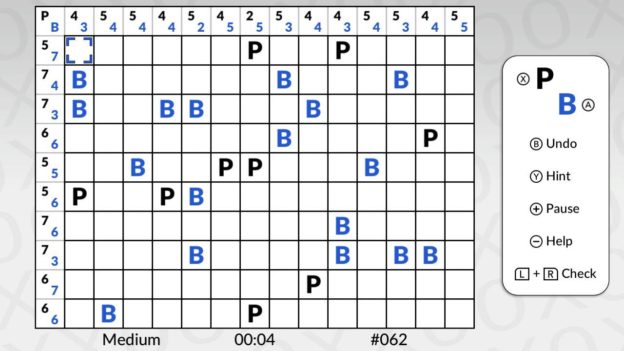 As I mentioned earlier, this game didn’t feel like tic-tac-toe to me. It felt more like a cross between Picross, since the rows and columns told you how many of each letter needed to be placed and told you when it was complete, and Sudoku. Unlike Sudoku, every row and column needs to be different but in this case, they needed to be unique but have the same amount of letters since there are only two to use for each puzzle. Overall, the puzzles were fun and had a unique twist on tic-tac-toe (or Picross and Sudoku, however you want to look at it).

The puzzles were very forgiving as well. You filled in the grids using two different buttons for the letter. You could also undo moves and ask for hints. Hints were unlimited and could be used at any time. In fact, it made the puzzles so much easier because you could, more or less, have the hints complete the puzzle for you. It didn’t give you any answers, but it would highlight a row or column that you could solve, often showing you something you missed before. 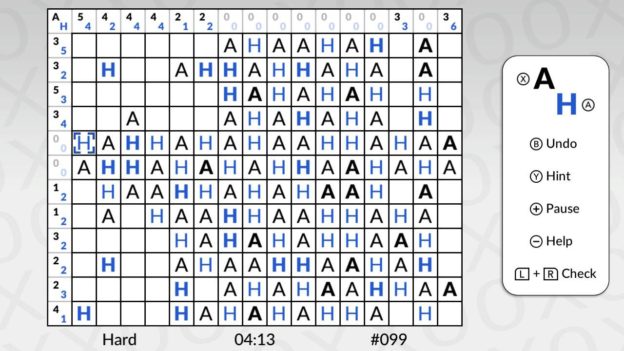 I enjoyed the music of the game. It was relaxing as you worked on the puzzles yet it had a tad bit of energy to it. Some tunes reminded me of a day in my Animal Crossing village while others reminded me of a jazzy tune from a film noir.

The game was a pleasing experience overall. I had fun with the puzzles and would love to have more. 120 seems like a lot, but I spent about 4-7 minutes on the hard puzzles while the beginner puzzles took me as little as 1-2 minutes. All in all, I think it took me about ten hours to complete all 120 puzzles. 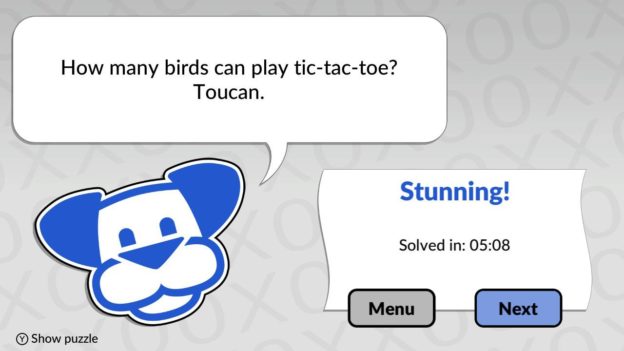 With that said, there’s not a lot of substance to this game, but it’s a solid puzzle game. If you’re looking for something low-key and relaxing, something you can pick up and play on the go and just spend a couple of minutes on, Tic-Tac-Letters by POWGI is a good option.

Tic-Tac-Letters by POWGI is a relaxing, unique puzzle game that’s good for all puzzle-solvers.