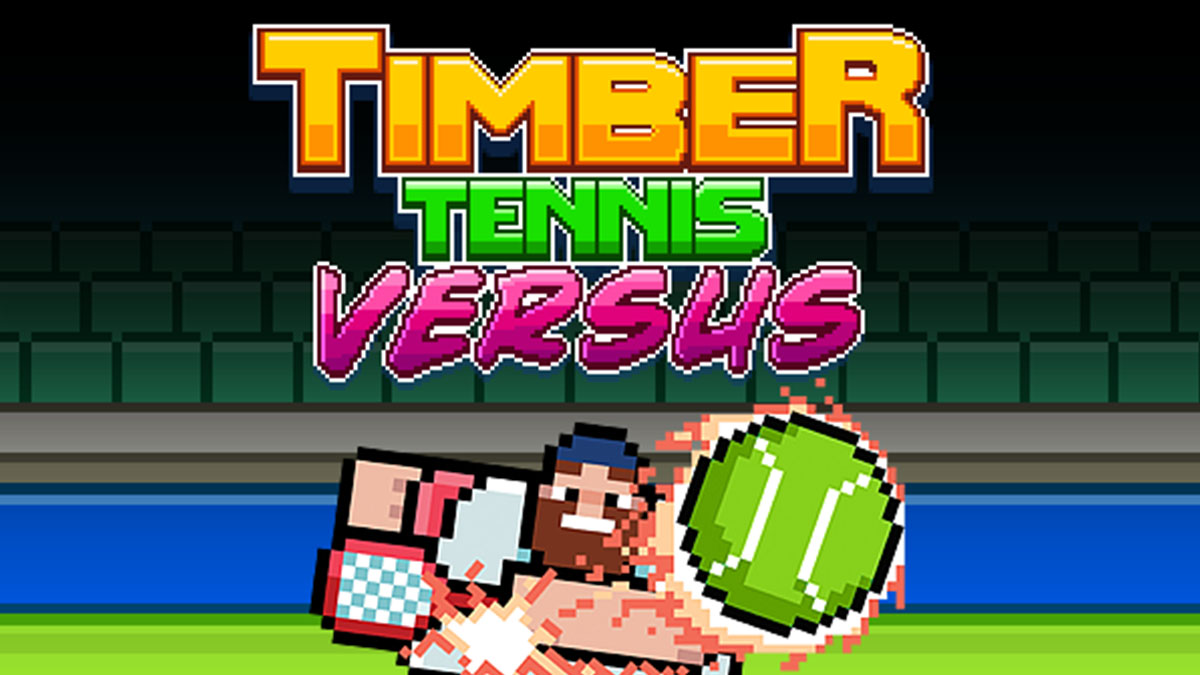 Timber Tennis: Versus is a very simple game in every department, immediately welcoming the player with basic music and graphics, not to mention gameplay as you begin your first game.

The main menu greets you with a Career mode (containing Tournament and ‘Skirmish’ modes – the latter being a quick, one-off exhibition game), a Versus mode which is the same as ‘Skirmish’, only with a friend, and Online Play which welcomes the ability to cross-play if you have a Nintendo Switch Online subscription. 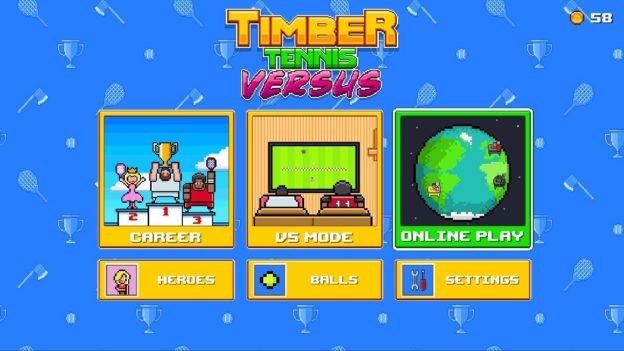 From the outset, the range of modes seem promising, but once you begin playing those promises begin to break and the gameplay is the real let down. Initially, it was a struggle to identify the control set up. There was no mention of what they were, even with a simple graphic which is commonly used in other games, just to be able to play the game. While expectations were not high in terms of controls, they were never anticipated to be so basic and surprisingly a little flawed.

The gameplay is simple. Move left and right to collide your character with the ball. There is no up and down movement, and you are not in control of the direction the ball is to be striked. The only time you are in control of the trajectory of the ball is when it is your turn to serve, the rest of the time, you will have to rely on hope.

The simplistic and poor gameplay results in a game which is effectively quite a slow reaction game decorated as tennis. The speed the ball approaches your player typically does not vary, so it is a matter of pressing left or right the desired number of times to collide with the ball, without much change in the time it will take to actually collide with the ball. The game might as well as you to press left or right a certain amount of times within one second – that is unfortunately how mundane the gameplay feels. 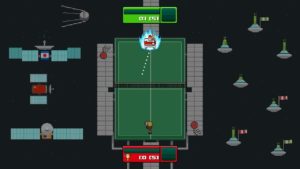 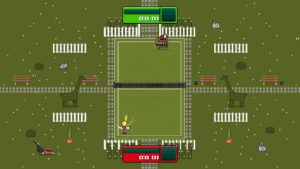 The rest of the time, it’s down to luck

Power ups come in the form of gift boxes and all they really do is increase the amount of luck required for the player. Each set does not last very long, and once a set is over, your power up is lost. It’s a strange inclusion, and while it arguably adds character to the game, it just imbalances it and takes away and level of tactical foresight that would add value to the game. Considering it is a system already in place within the game, it seems a very strange decision to force the power ups to be a decision that needs to be made in an instant. The gift boxes range from balls being hit faster and crazy explosions predicted by multiple spaces marked with an X that you will want to avoid, whilst simultaneously striking the ball back to your opponent.

Regardless of the character you select, or the court backgrounds (including a space themed one), it is essentially the same repetitive experience, whether you select easy or hard. The only difference is the amount of games you have to win to complete a tournament, so essentially the game turns into a reaction game, based on luck and that is then sought to be repeated, which leads to a situation of tedium. 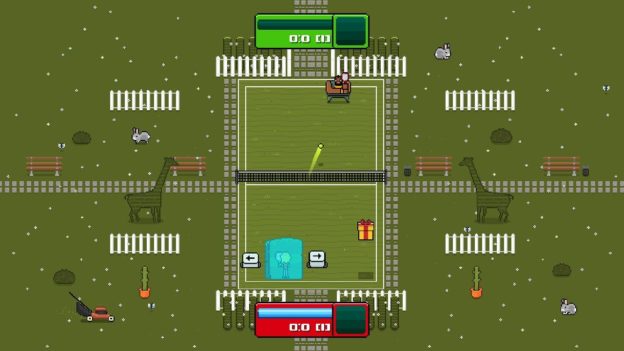 When frozen in a block, you will be required to break out of it before the ball returns to you thanks to the giftbox the opponent used

The game ultimately gets boring quite quickly. In the end, it barely qualifies as tennis, with the famous video game Pong, from as far back as 1972, overthrowing Timber Tennis. The gameplay is found wanting, and on the back of that, interest in the rest of the game deteriorates pretty rapidly. This game is $1.99 on the eShop, and it represents poor value for money, especially considering you can try essentially the same game (if not better) on iOS and Android for free. It feels like a typical mobile game right from the outset. Save your money for a better game that the Switch deserves and if you are interested in the game, try the free version on your smart device first instead.

A poor gameplay experience leaves a lot to be desired for Timber Tennis: Versus, in an overall forgetable experience.