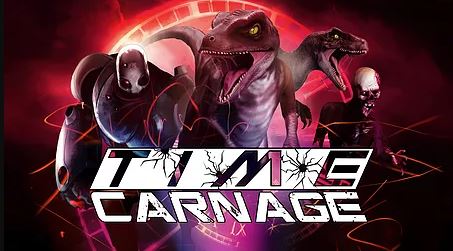 Time Carnage is near enough exactly what you would expect from a game called Time Carnage.

Marketed as a “frantic survival shooter”, you are sent through time with a couple of guns in each hand. You stand still in a shielded cylindrical chamber and you shoot through it at the hordes of zombies or dinosaurs or whatever other threat you might face.

On the surface, it’s a fairly simple first person shooter. You don’t have to worry too much about hiding or protecting yourself. The transparent shields around you take care of that. As long as you spot and kill your attackers before they get close enough to damage it and get through to you, you’ll be fine. 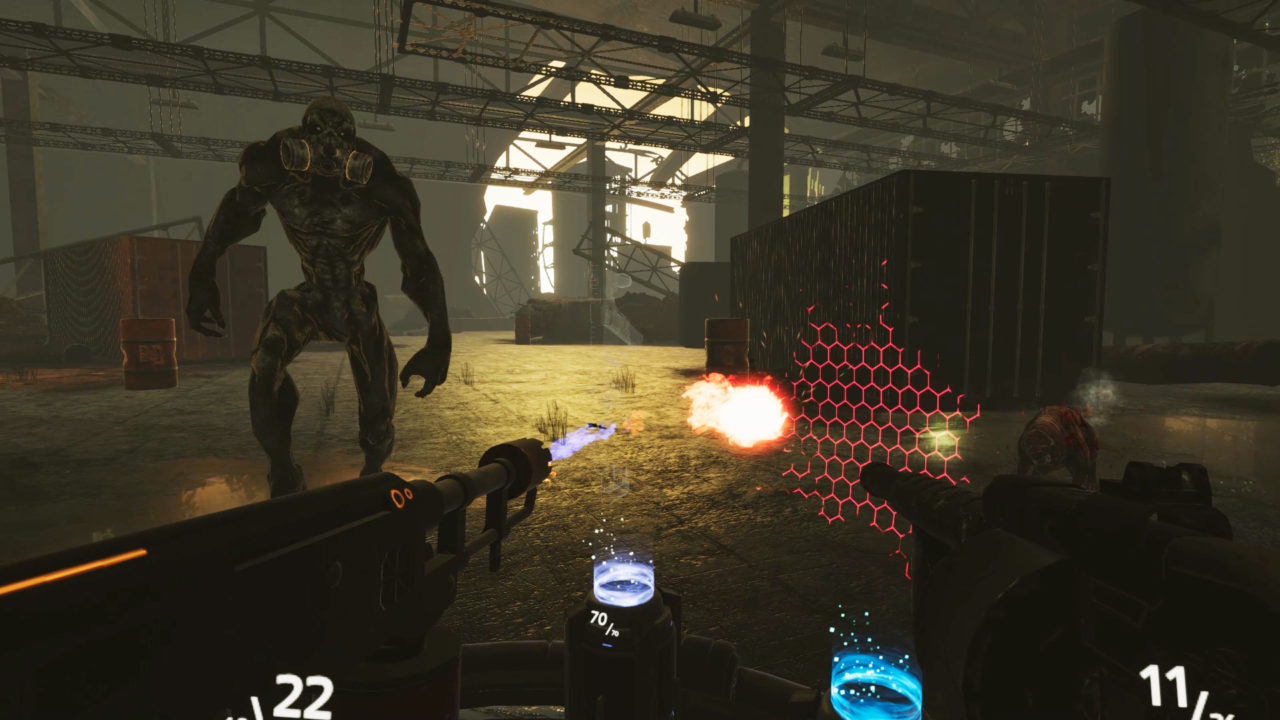 The controls are simple enough to get the hang of. You get two guns per hands and a button to switch between them, to reload and to shoot. The challenge comes in making sure that your guns are ready for whatever you have to face and being aware of every angle from which something might leap out at you.

The game was definitely built for immersion. It makes you use all your senses to stay fully aware of the threats all around you. Sometimes the first clue you’ll have that a monster is coming up from behind will be a distant growl.

In this respect, the game was definitely made was for virtual reality platforms, where the fact that your character stands still the entire game correlates well with the experience of playing. You can almost recreate the experience in handheld mode, but there are some elements that feel like they were designed with a headset in mind. 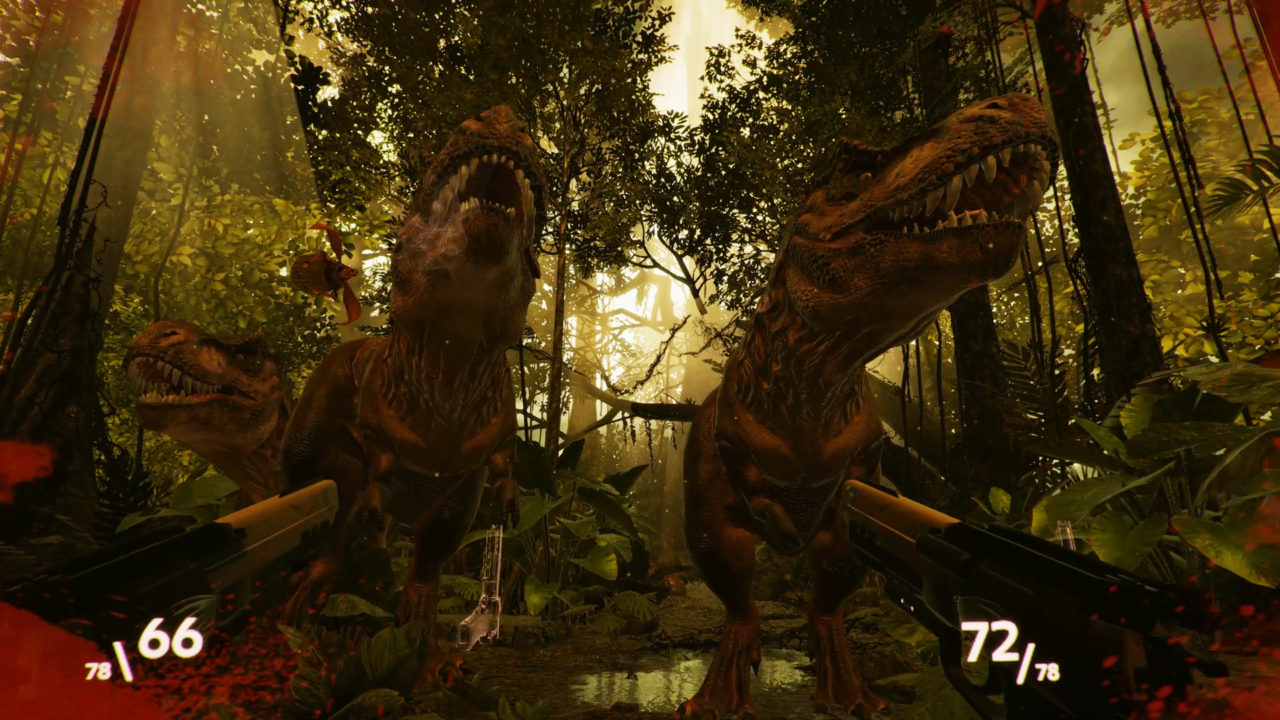 This isn’t the only limit to the game. As cool as all the different time periods and their respective monsters are, the gameplay itself is fairly standard and gets a bit repetitive over time. You have a choice of different formats you can play: a 16-tier Campaign mode, an Arcade mode or Challenge options. This mixes it up a little bit, but you are ultimately doing the same thing in each one.

It’s difficult to call these limits a deal breaker with this game, as they are reflected in its relatively low price. They’re also not the reason people are attracted to this sort of game in the first place.

Fans of first person shooters will definitely find something to enjoy in Time Carnage. There are lots of cool guns to play with and bad guys to kill. There isn’t a whole lot of story to it, but the different worlds you visit are certainly fun.

Time Carnage is a decent enough arcade shooting game, but you can tell it wasn’t designed for the Switch.