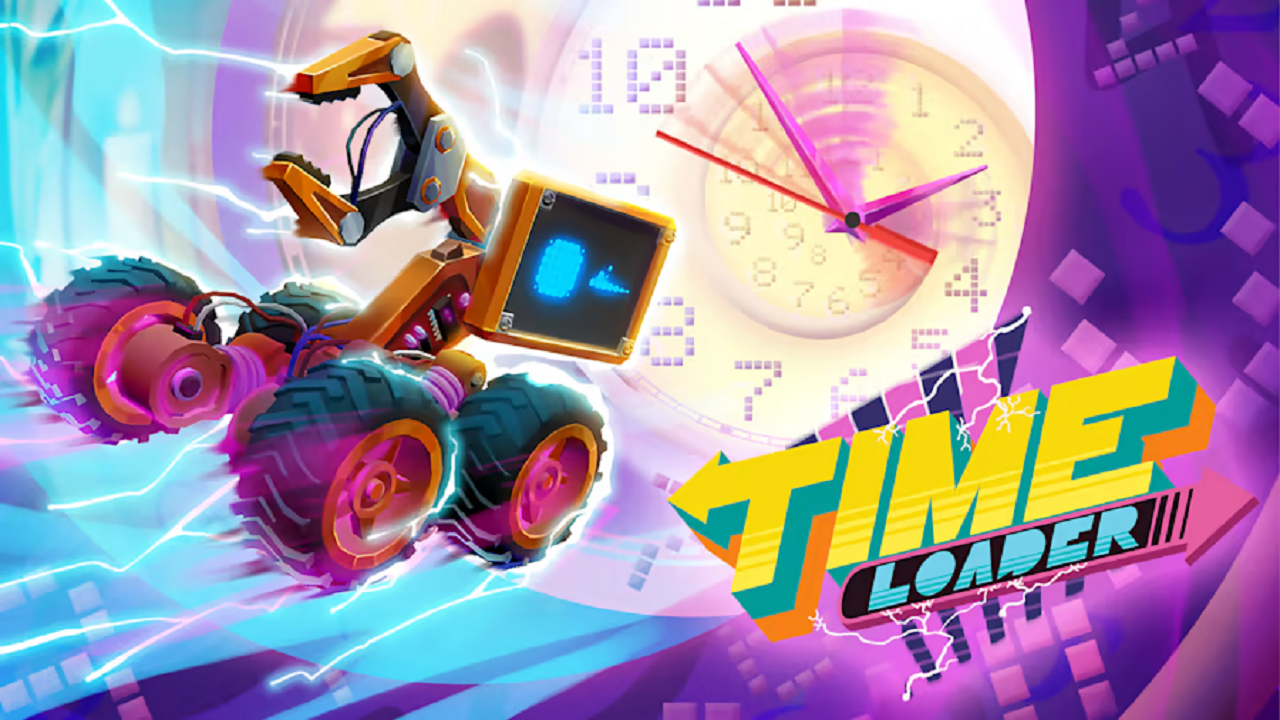 Time Loader is an enjoyable game, driven by a time-travel tale that makes you want to see it through to completion. Its puzzle platforming is somewhat typical, and it suffers a handful of issues in the final act. But, if you’re looking to pass a few hours, this game might prove memorable.

You play as a small robot sent back to the mid-90s and tasked with saving your creator from an accident he had as a child. But as you alter things, the timeline changes in unexpected ways. Or possibly expected if you enjoy time travel in other media. It still effectively implants a “what happens next” desire.

Gripping story aside, the robot character adds a lot. It reminds me of one I had from Radio Shack as a young child, actually, complete with a crane arm. This rendition is far more mobile than the toy I had. You’ll quickly get used to the physics as you bounce, jump and swing your way through your creator’s childhood home.

The setting makes the, at times, standard gameplay remain enjoyable. Time Loader feels like a side-scrolling Chibi-Robo in ways, with house objects seeming huge compared to your small stature. The platforming and puzzles seem deliberately designed in ways that keep you moving in the right direction, which is sharp. Not getting tripped up for long makes sense for a story-driven game.

As this adventure takes place in the ‘90s, there’s some nostalgia for gamers of a certain age. It’s appropriately on the more subtle end, though. You’ll roll past an instant camera, a walkie-talkie, or an old VHS tape that makes sense as a background object. My favorite was when using an old PC as a platform and hearing the bot declare, “This thing belongs in a museum. Does it still work?”

Did I mention how much the vocals add to this game? It’s not just those of the bot either, as there are a few others. But it’s one way the game is an enjoyable listen. The sound effects are another. Hearing the changes depending on what surface the bot rolls over shows an attention to detail and care that I appreciate even more than anticipated. Immersive stuff!

While, for the most part, I quite enjoyed Time Loader, its final act left me with a few concerns. Plot-wise, it sets up a fun element that I can’t spoil but is never fully realized. I encountered a glitch that (though comical watching the bot float in a circle) forced me to reload my game to a playable state. There’s also much back and forth in the gameplay, which felt somewhat like a means to pad out a short game. Lastly, a late-game introduction of a harpoon mechanic leads to some annoyingly clunky platforming.

There are different endings, dependent on what you do back in the ‘90s and how the future tries to self-correct the timeline. As I mentioned, Time Loader is a short game (a few hours tops) but with some replay incentive. The game’s pace is generally relaxed, despite the threat of the future not improving or even getting worse.

Time Loader isn’t a long game, but it satisfies through its take on time travel. The story intrigues, the bot character is fun, and the audio design is on the ball. There are some final act issues, but I still recommend the game for those drawn to the plot and with ‘90s nostalgia.

Time Loader isn’t a long game, but it satisfies through its take on time travel. The story intrigues, the bot character is fun, and the audio design is on the ball. There are some final act issues, but I still recommend the game for those drawn to the plot and with ‘90s nostalgia.