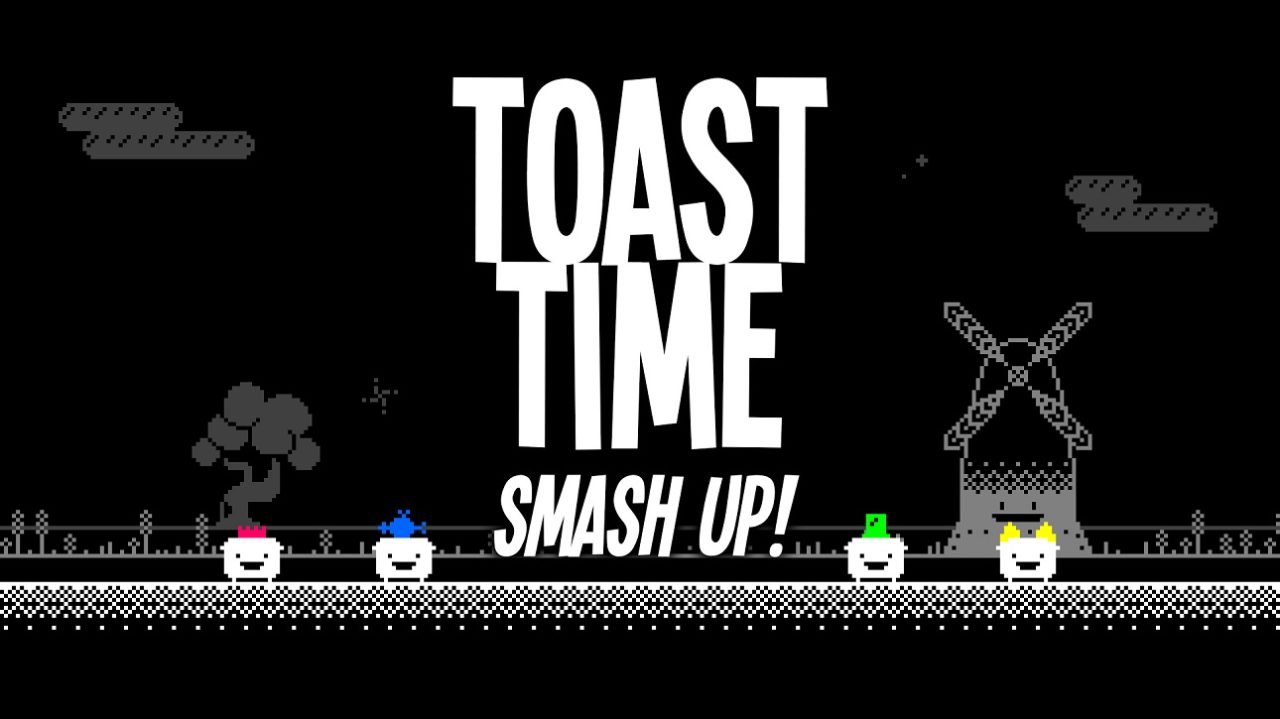 Toast Time: Smash Up! is a bread pun-filled and arcade-like title. That pretty much sums up the game, but let’s see what it’s like in more detail.

There are two game modes in single player, Mission, which holds 54 levels and Survival, which sees how long you last in a consistently evolving layout. The main goal in both of the modes is to protect an alarm clock from blob-like creatures. If a blob touches the alarm, it goes off and it’s game over. There are various types of bread that you can pick up in the level as upgrades that last a limited time, like bagels, which shoot in various directions. I like the upgrades, but find them hard to get to at times since I’m busy protecting the alarm clock. I suppose this game is like Asteroids, but also with minimal platforming.

Multiplayer starts off with giving you customizable options to set, like the number of rounds, items, and little mix-ups. These don’t really change how frantic or confusing the game can get, especially when playing with more than two people. Actually, playing with two people can be pretty boring. One of the mix-ups is a missile target that a player who died can use to try to get another player out of the game. While a good concept, it takes far too long for the missile to fire after you aim and press it that it never can hit anyone since everyone is flying around the screen. It doesn’t help at all that the bread that shoots out is the same color, I think it would have been a good idea for the bread to be the same color as the hat your toaster wears to tell the difference between players.

The only positive thing I can say is that this game has a little charm and nice arcade-style music. I really didn’t find enjoyment out of playing and had to force myself to play this game in order to get an opinion for this review. The way you fire the bread makes you fling around the screen uncontrollably. While having a temporary button that locks you into place, it just is too random for me to care about aiming. I find myself spamming the fire button and flying around the squished screen, hoping to hit something and win.

Overall, Toast Time: Smash Up! is a disappointment despite it trying to be charming with its puns and style. I also would say that it is not worth its current price of $9.99. You are better off getting a game with more control and content for that value.

Overall, Toast Time: Smash Up! is a disappointment despite it trying to be charming with its puns and style. I also would say that it is not worth its current price of $9.99. You are better off getting a game with more control and content for that value.