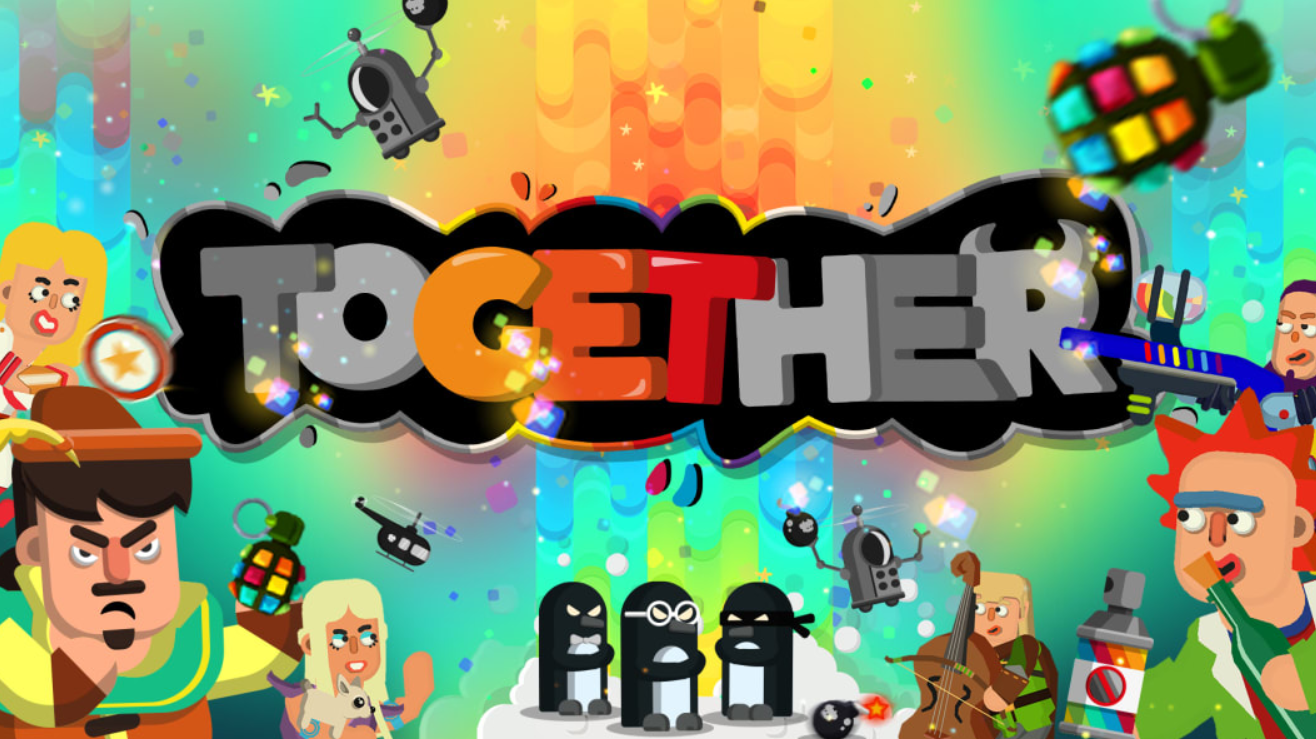 Together is a platformer for the Nintendo Switch that uses a tethering mechanic to encourage gamers to play, well, together. It’s fun overall, despite a few flaws. Let’s explore it a little further.

You play as one of six odd-looking characters (and more are unlocked along the way) whose goal is to bring color back to the world. It’s a warm and fuzzy concept that works well in terms of the gameplay, too, as a rainbow of colors follows you throughout each black-and-white level. As you travel, it’s like the surrounding area is painted, brightening up the place like a renovated house. 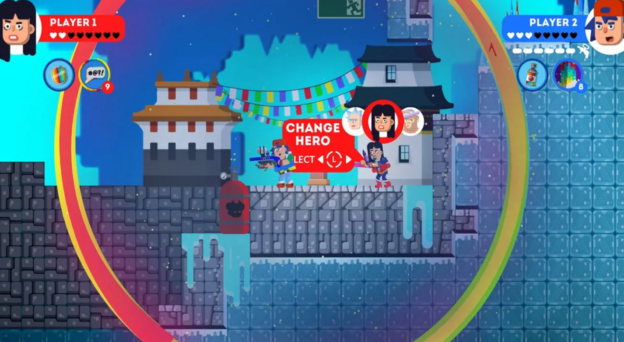 This interesting visual style works well and complements the colorful cartoon characters. They’re more like caricatures, actually, with slightly oversized heads. They move in a slightly odd way, flopping a little like they’re puppets rather than people.

The audio, on the other hand, is quite forgettable. It’s fine, but it mainly consists of a short melody that repeats endlessly. I found it a little grating after a while, even as background music. It’s catchy and bouncy, but it’s just too repetitive. The sound effects also become a distraction; each character makes a little noise when they jump and, especially in sections with lots of jumps, this becomes a bit of a nuisance. 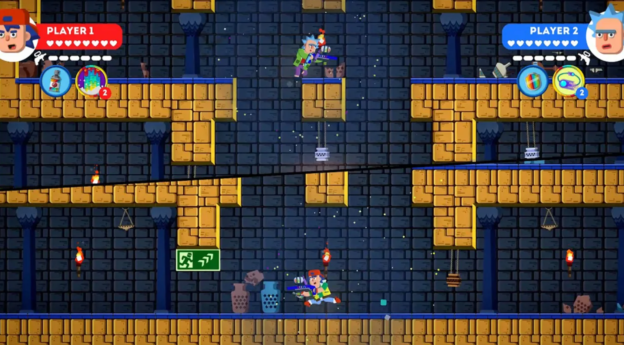 Being a platformer, Together relies on the usual tropes of the genre. There are platforms to traverse, pitfalls to avoid, and enemies to dispose of. A lot of it is nothing new, and there is some repetition to the gameplay.

It’s also pretty tough to play, making it less appealing to younger or inexperienced players. It’s particularly tough because you’re connected to your co-op buddy, who keeps falling behind. The tether between you stretches a fair way, but, when it breaks, you have five seconds to reconnect before you have to restart at the last checkpoint. 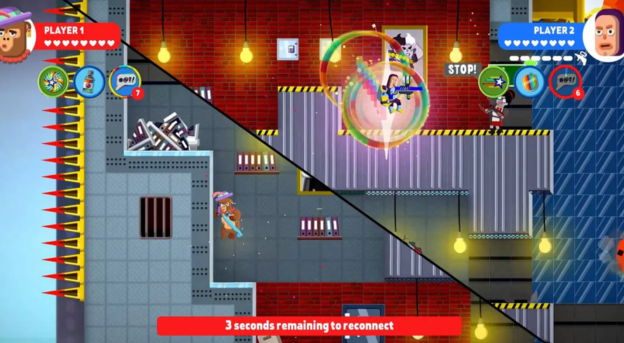 Of course, this brings me back to the entire point of the game: co-operation. It’s a game that works well when you have a good partner—or perhaps if you’re patient enough to put up with a partner who isn’t so skilled. It encourages communication between players as you work together to decide which way to go or how to escape an enemy. Platform enthusiasts who like playing together will find some enjoyment here.

Overall, Together is a unique platformer that offers some fun and laughs in co-op mode. The gimmick can wear off if you’re not super into platformers or you don’t have a strong partner. The toughness of the gameplay also makes it harder to get into as a casual co-op experience. If you’re after something with a challenge that’s a little different, check it out.

Together is a unique platformer, offering fun and laughs in co-op mode. The gimmick wears off if you’re not super into platformers or you don’t have a strong partner. The difficulty could put off casual players, but If you’re looking for something challenging that’s a little different, check it out.