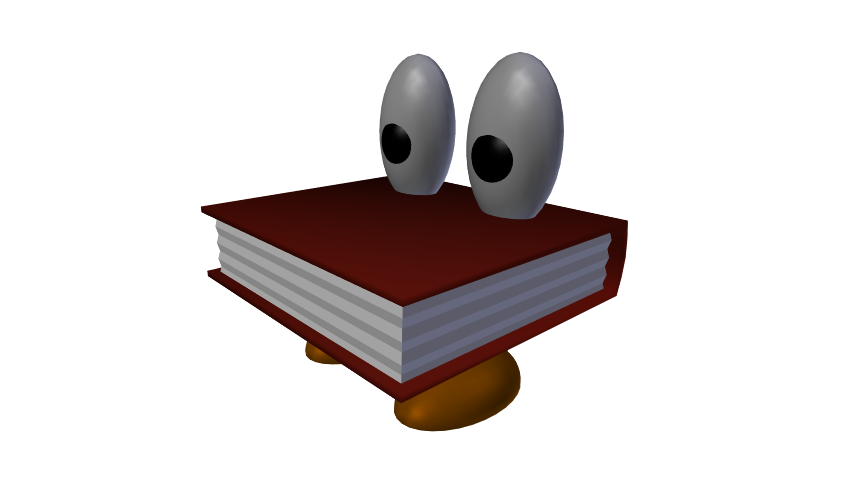 Tomeling in Trouble was recently released for the Wii U in the beginning of November. This game started out on mobile devices, but was lucky enough to land a spot on the Wii U. I say “lucky” because Tomeling in Trouble isn’t a game that I could see being available on any other system. Since the Wii U eShop is flooded with low budget indie games, it was the perfect platform for this one. The arcade\strategy style gameplay in Tomeling is kinda fun, but it definitely has a few downfalls. 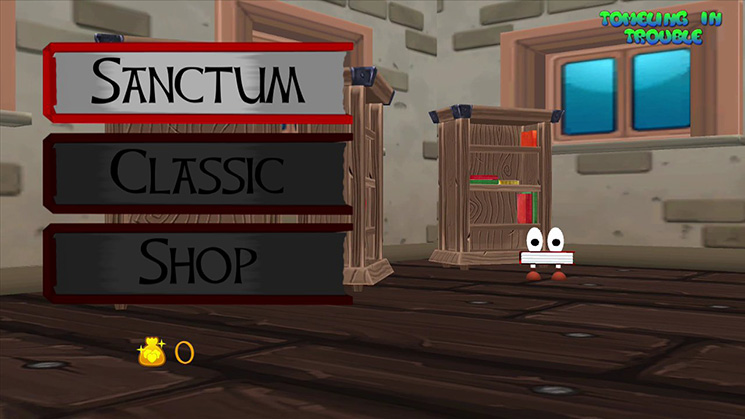 There is no tutorial mode, nor is one needed for such simplistic gameplay. You start out at the main menu and from here you can choose between Sanctum mode, Classic mode and the shop screen. In Sanctum mode, 2 players (using a Wii Remote) will defend their teams portal while trying to destroy the other teams portal; classic turf war stuff. Monsters will come at you, and you must use magical attacks to fend them off. This is supposed to be the main appeal of the game but I honestly didn’t get much out of it. There weren’t many levels to choose from so the already underwhelming look of the environments became repetitive, as well as the gameplay itself. You can’t really interact with anything besides the enemies on screen. 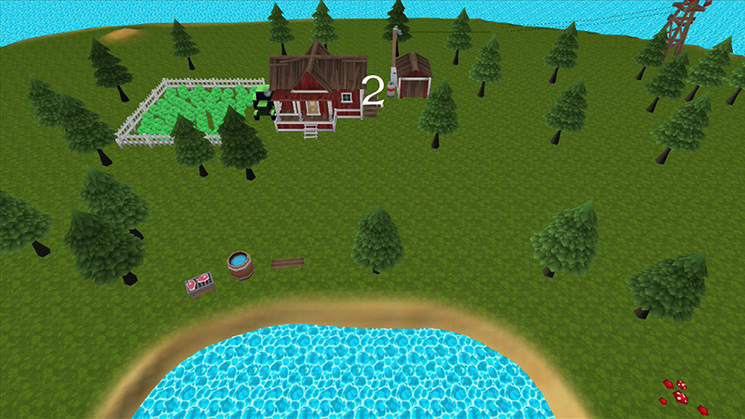 Classic mode isn’t that wonderful either, but some people might enjoy the arcade feel that this mode has. You take control of Tomeling and try to avoid all of the enemies and obstacles on screen. Even though all you do is walk around avoiding stuff, you can choose different levels and, at least get some replay value out of this mode. There are three levels to choose from, nothing to exciting but each level has four versions that grow in difficulty as you progress. They never really become too hard, but if Tomeling is hit just once it’s game over. 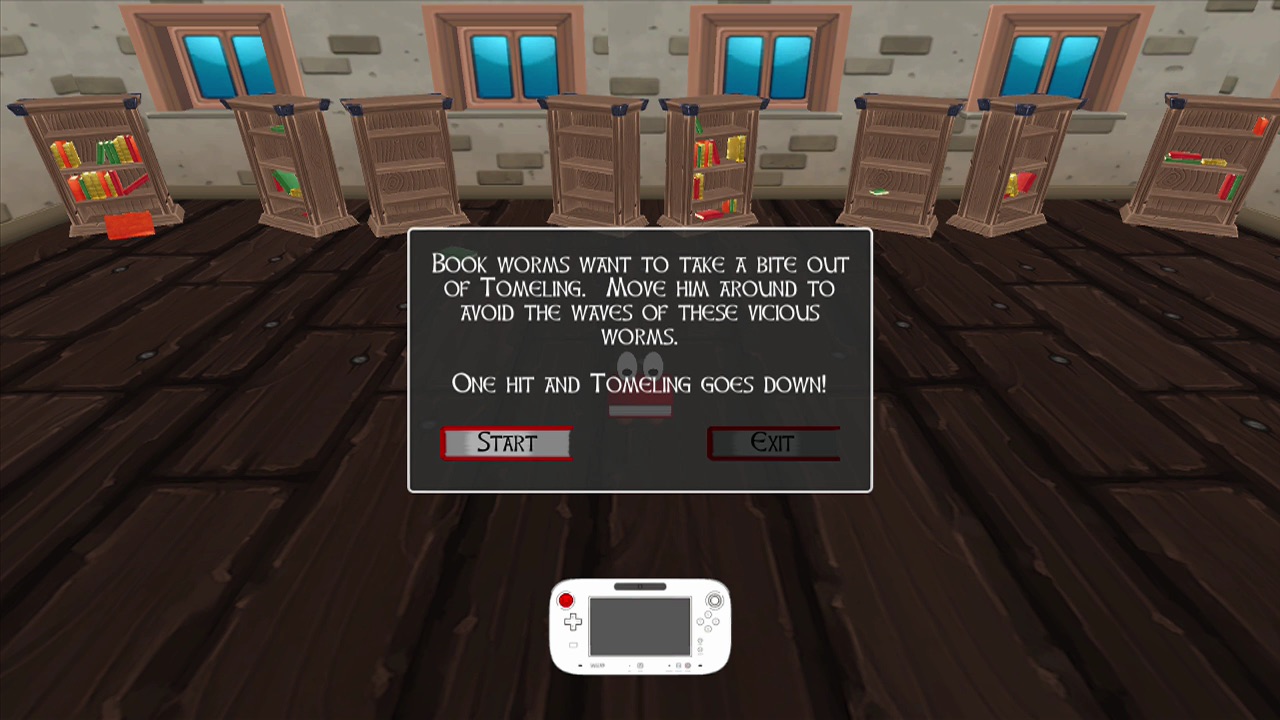 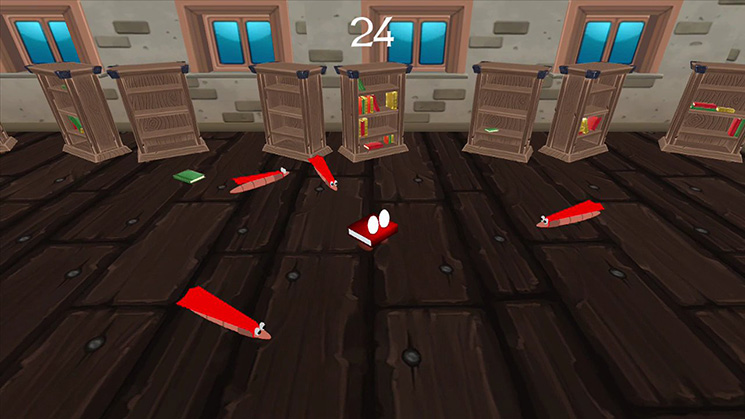 When you complete levels, you earn gold that can be used in the shop. The higher the difficulty, the more gold you will receive. You can purchase a few new levels, one for Classic mode and two for Sanctum mode. These will give you something to work towards, but it just didn’t seem like enough to keep the player interested for very long. Aesthetically speaking, Tomeling in Trouble really doesn’t look that bad. The game does run well on the Wii U, but it’s lacking in the “pizazz” department. The backgrounds and environments are forgettable and I feel like Tomeling’s adventure could have been a lot cooler if the game had a better variety of enemies and obstacles to overcome. 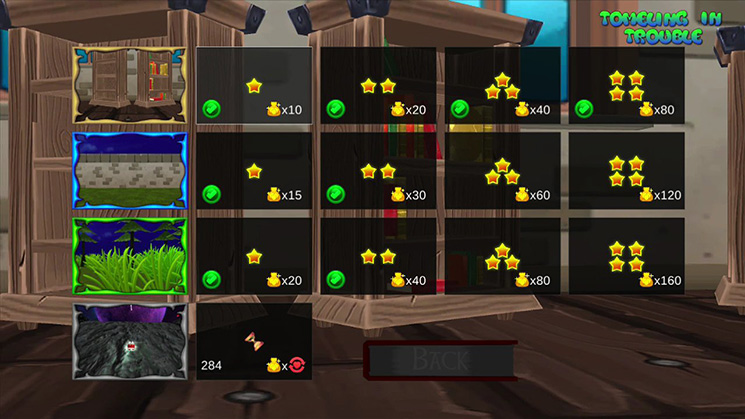 While Tomeling in Trouble isn’t really my cup of tea, it might appeal to a younger audience. The simplistic gameplay and lack of difficulty make this a good game for kids. But if you’re an older person looking for a serious, lengthy game to play I’d have to say skip this one. Tomeling is a charming character but he’s better off on a mobile device. If you’re interested in Tomeling in Trouble, then head over to the Wii U eShop and check it out. At $5.00 you really don’t have much to lose.

Tomeling in Trouble is a very simplistic game that doesn’t have much to offer. Unless you’re looking for a quick game for the kids I recommend skipping out on this one.