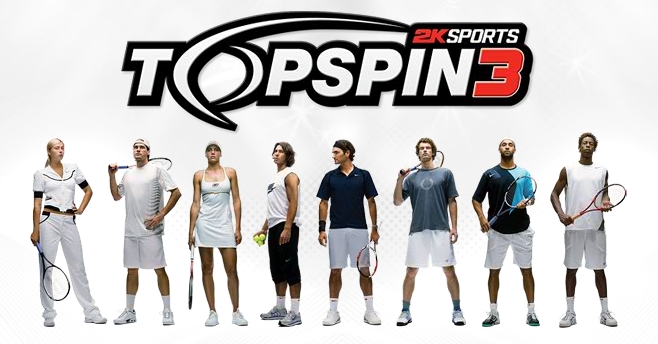 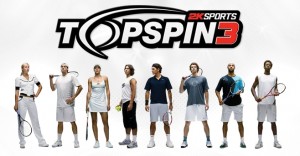 Top Spin 3 is a game that has a lot of potential, especially with a system like the Wii.  Wii Sports Tennis set the bar really high for a fun, interactive experience, and Top Spin 3 aims to provide a more realistic approach to tennis for the Wii.

I was really looking forward to playing Top Spin 3, because Wii Sports Tennis is one of my favorite games on the Wii right now.  The game perfectly uses the Wiimote to give a fun, and surprisingly deep level of gameplay for such a simple concept.  Top Spin 3 is definitely marketed more towards the hardcore gamer because of the control scheme and gameplay they adopted.

TS3 uses both the Wiimote and the nunchuk to control your character on screen.  The Wiimote is used very similar to Wii Sports Tennis to execute both basic backhands, forehands, and serves.  One of the big things you’ll notice right off the bat with TS3 is the unique way you hold the Wii Remote.  Instead of holding the remote with the ‘A’ button facing up, like most games, you turn the remote on its side so the ‘A’ button is facing left.  Your index finger is then touching right on the ‘B’ trigger.  This feels very awkward at first, but it’s fairly easy to get used to (although I found myself turning the Wiimote back to normal as I played). 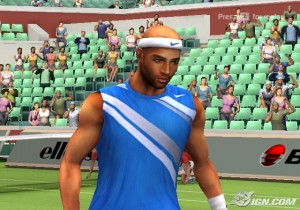 The game provides a lot of tutorials you can go through before playing the actual game.  I mean, there are a TON of tutorials for everything from serves, lobs, drop shots, you name it.  The game has a great deal of complexity when compared to a game like Wii Sports Tennis.  This game is definitely NOT for the casual gamer.

One big hurdle with the controls is getting used to bringing your arm back before you swing forward.  While this is proper when playing real tennis, it feels awkward having to bring your arm back then forward for both backhands and forehands, especially since the pace of the game seems a little faster than real life.  At least there is more time to setup a shot in real life rather than rapidly switching from backhand to forehand in the game. 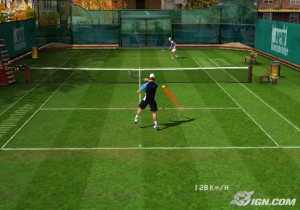 A major selling point of the game is definitely the real life aspect of selecting most any Tennis pro you want from Boris Becker (old school) to Roger Federer, to Maria Sharapova.  You can also play on a variety of different courts including venues such as Roland Garros (French Open), Wimbledon, and US Open courts.  The game also offers 3 ‘Party Games’.  Don’t even bother.  All they are are simple extensions of the normal Tennis games where instead of points, you get ‘keys’—-yep, keys.  Why? I don’t know.  Also, the game menus have background music that is absolutely terrible.  There are only 2 songs, one sounds like a Chinese Green Day, and the other is, yep, you guessed it, the song that Napoleon Dynamite dances to.  While not a terrible song, it’s not great hearing it replay over and over…..and over.

Visuals: The visuals on the game’s menus are absolutely terrible.  There is a video playing in the background that looks like a blown-up youtube video, not even kidding.  The menus are decently designed, but really fall short on usability with the Wiimote.  The graphics in-game aren’t too bad if you’re just looking at your character and court.  The audience is poorly animated, but they don’t distract too much from the gameplay

Gameplay: The gameplay, despite its many quirks, is decently fun after you get used to the controls.  I played through a number of the tournaments in TS3, and found myself executing drop shots and aces with moderate ease.  The one big factor in gameplay is that it’s not easy for anyone to just ‘pick up and play’, so multiplayer may not be the best idea.

Replay Value: The game features up to 4-player multiplayer.  2 players can compete on a team in doubles or against each other in singles.  The game features a number of options to change including number of games per set, and number of sets per match.  With a lot of tournaments from around the world, TS3 will keep you busy for quite a while.

Wii Innovations: Top Spin 3 seems like the perfect fit for the Wiimote/nunchuk.  However, with the big learning curve, it’s almost a moot point using the Wii controls because once you get used to it, you’re pressing more buttons than motioning anyway.  The game tries hard, but really doesn’t succeed in challenging the fun factor of Wii Sports Tennins.

Verdict: Top Spin 3 is definitely worth a rent.  If you’re a tennis fan of any kind, it’s definitely a lot of fun playing as your favorite player at all the tournaments around the world.  However, since the controls are a bit cumbersome, the fun may not last very long.