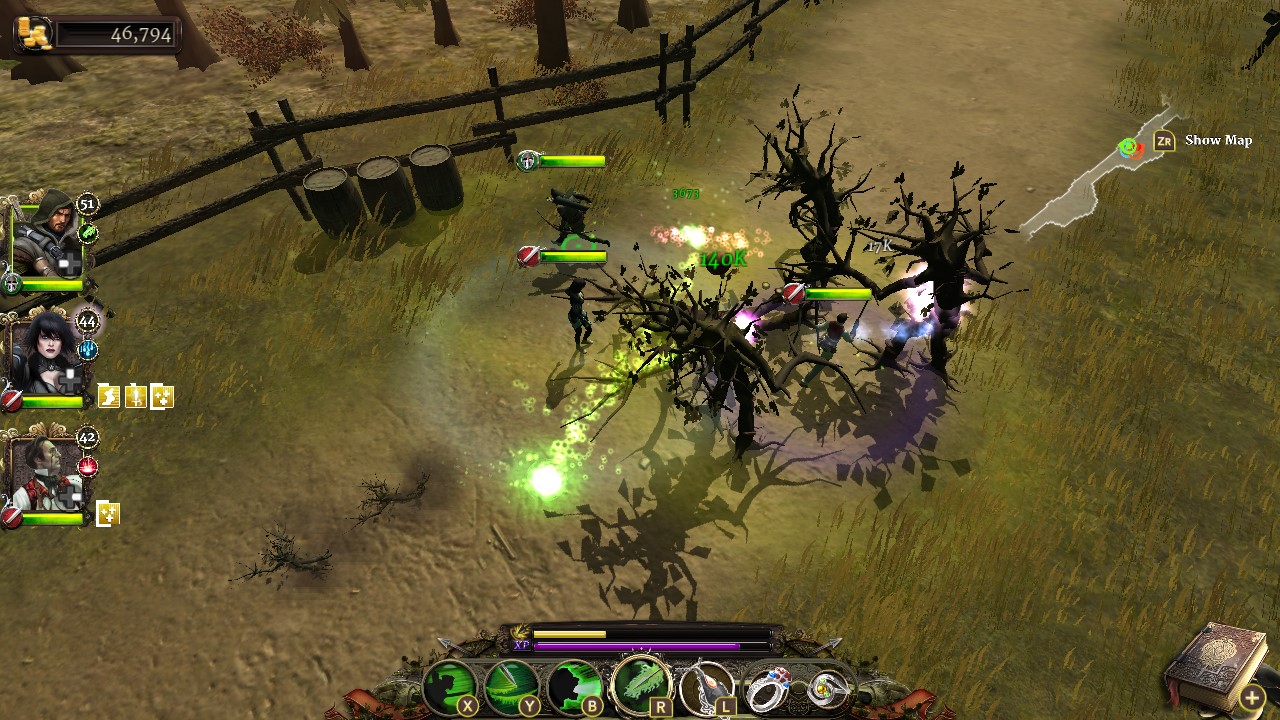 A much expanded version of its predecessor, Torn Tales: Rebound Edition summons you to adventure through a world inspired by folklore and fairytales. Your mission is to rescue it from the nefarious schemes of the Bookbinder, a villain bent on tearing apart the beloved stories that make up your land.

The game begins with the opening of a storybook. It explains the setting and the conflict at the core of the story, with some nice graphics to accompany it. The fantasy style art works well with the themes and you can tell it’s going to feed into the game throughout.

You play as either Robin Hood, Dr Jekyll and Mr Hyde or Snow White, who has been reimagined as a badass warrior and doesn’t need any dwarfs to have her back. The three characters travel as a party and you can switch between them at any point. As they level up, they each learn their own skills, which are tied neatly into their personalities and backstories, and allow you to play the game differently depending on which style you prefer. 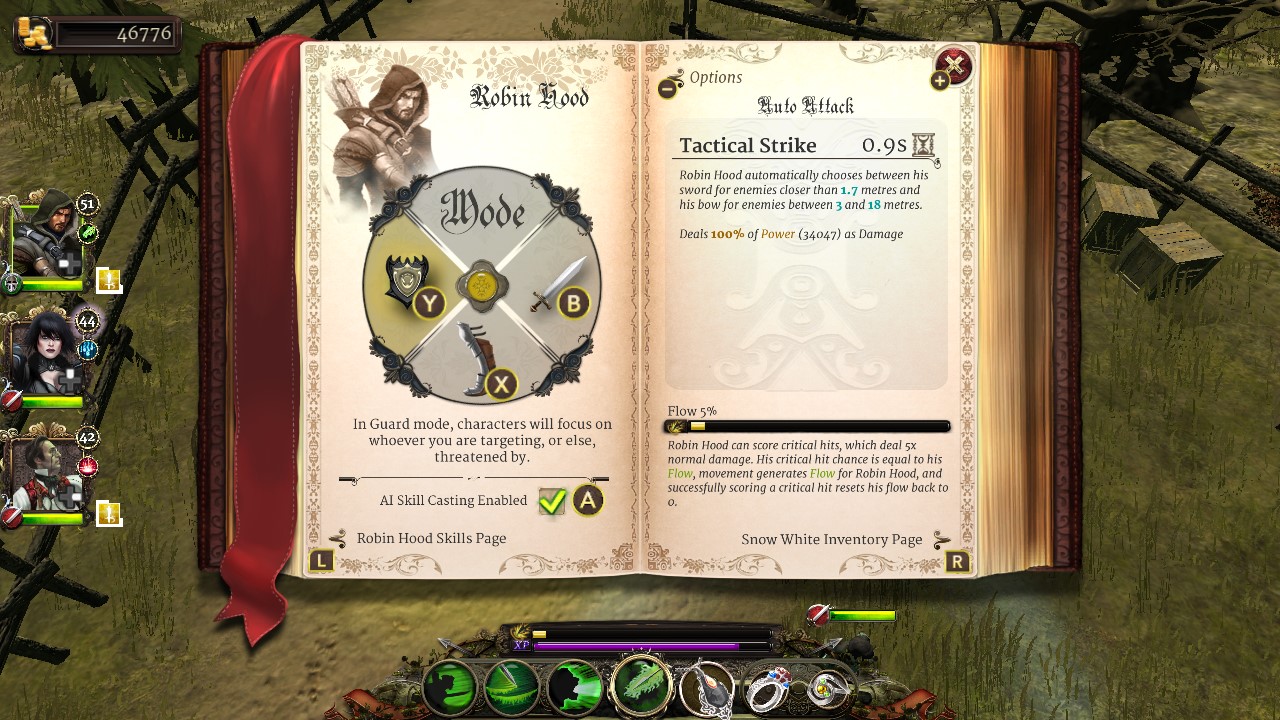 You start in the woods, getting used to the controls by fighting off hordes of rats, spiders and wolves. The combat system is simple and very much the kind of thing you’d expect from any turn-based RPG battle. The moves you have open to you and how long each takes to recharge are clearly displayed, along with your health, mana and experience.

When the narrative kicks off properly, your opponents develop from aggressive woodland vermin to fairytale monsters. While you’ll still see wolves and other generic pests, they’ll be commanded by minotaurs and other more exciting foes. These are minions of the Bookbinder, sent to prevent you from unravelling his plot.

Similarly, the loot you can collect is inspired by folk tales. This all adds a bit of flavour to the broadly familiar hack and slash, RPG mechanics of the game. 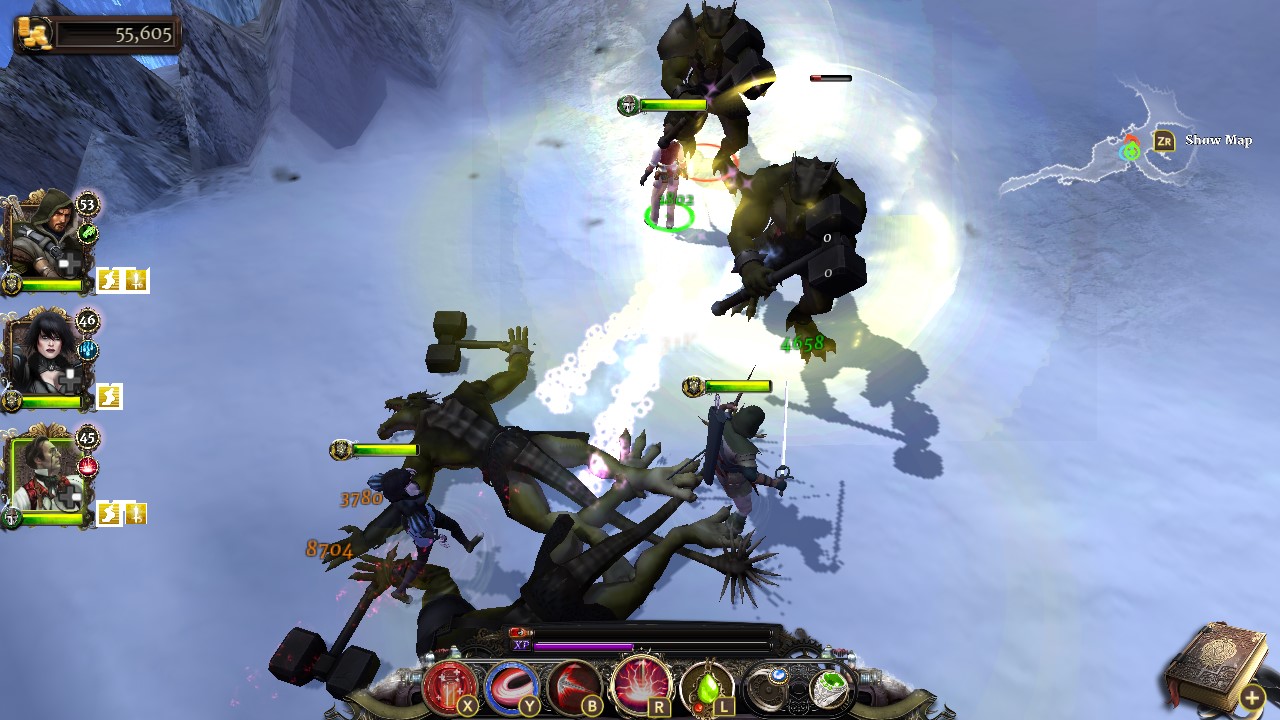 The narrative doesn’t take up too much of your time. It offers some kind of link between the different mythical beasts you encounter, but it’s not a story that is hugely influenced by your actions or decisions. Your main focus is to stay alive, level up your party and cut your way through as many of the swathes of creatures as you can.

Torn Tales: Rebound Edition is a solid little game. The animation is nice enough and plenty of attention to detail has been paid to the background so you get a real sense of this fantasy world at just a glance. The gameplay is easy enough to get into and the whole thing is imbued with a sense of fun drawn from the combination of vicious battle and beloved childhood stories.

Torn Tales: Rebound Edition is a classic hack and slash RPG with cute aesthetics inspired by some of the most popular folk and fairytales

Kirstie Summers is a writer based in London, England, who takes every opportunity to blend her hobbies with her career. She has written about books, movies, art, and gaming. She has been a Nintendo fangirl for as long as she can remember and relishes any excuse to incorporate it into her work.
Top