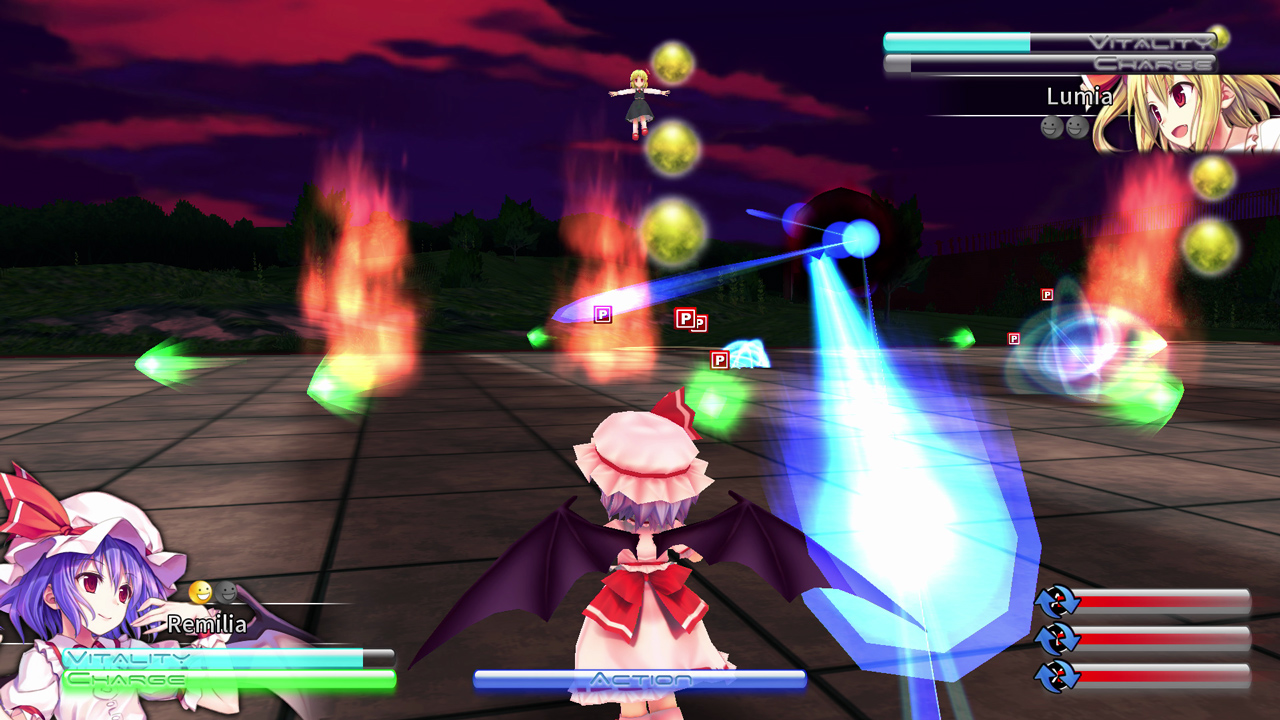 Instead of a top-down shooter starring perky magical girls, you play as magical girls on a sumo-like ring. Using different bullet hell, melee and spell card attacks, you climb your way up the ranks to uncover a magical mystery.

While the game begins with two characters, playing through Scenario Mode unlocks seven more, giving you a pretty sizable roster. Actually, doing this requires more than a little tenacity. Despite the intensity of attacks you cast from your wand, fights are anything but fluid.

Casting special moves is more or less intuitive, if it wasn’t for the floaty screen. Despite being a game developed in the 21st century by a very capable developer (NIS America), Touhou Kobuto has a huge ‘90s look to it. And I don’t mean a timeless Super Mario World or Mortal Kombat look. Everything from character models and attacks to stages had an odd Virtua Fighter feel, a design that simply hasn’t aged too well. Just ask anyone who’s ever been to an outdated movie theater arcade.

Granted, it’s hard not to be at least a little charmed. Nothing about the game seems polished to me, but that may be the genre’s design. Perhaps once you get a few magical girl bullet-hell games in your callouses, Touhou Kobuto feels as natural as sliding on some cozy slippers. There was a part of me that wanted to stick with the game until I became attached, perhaps to the point where I start digging into the bullet-hell genre at large.

Sadly, this did not happen, and won’t happen for the near future.

Bullet-hell is a niche genre with seriously hardcore fans, but Touhou Kobuto V: Burst Battle may frighten off even magical girl die-hards. From redundant attacks to floaty mechanics and uninspired visuals it’s incredibly difficult to recommend this eShop title.

Bullet-hell is a niche genre with seriously hardcore fans, but Touhou Kobuto V: Burst Battle may frighten off even magical girl die-hards.