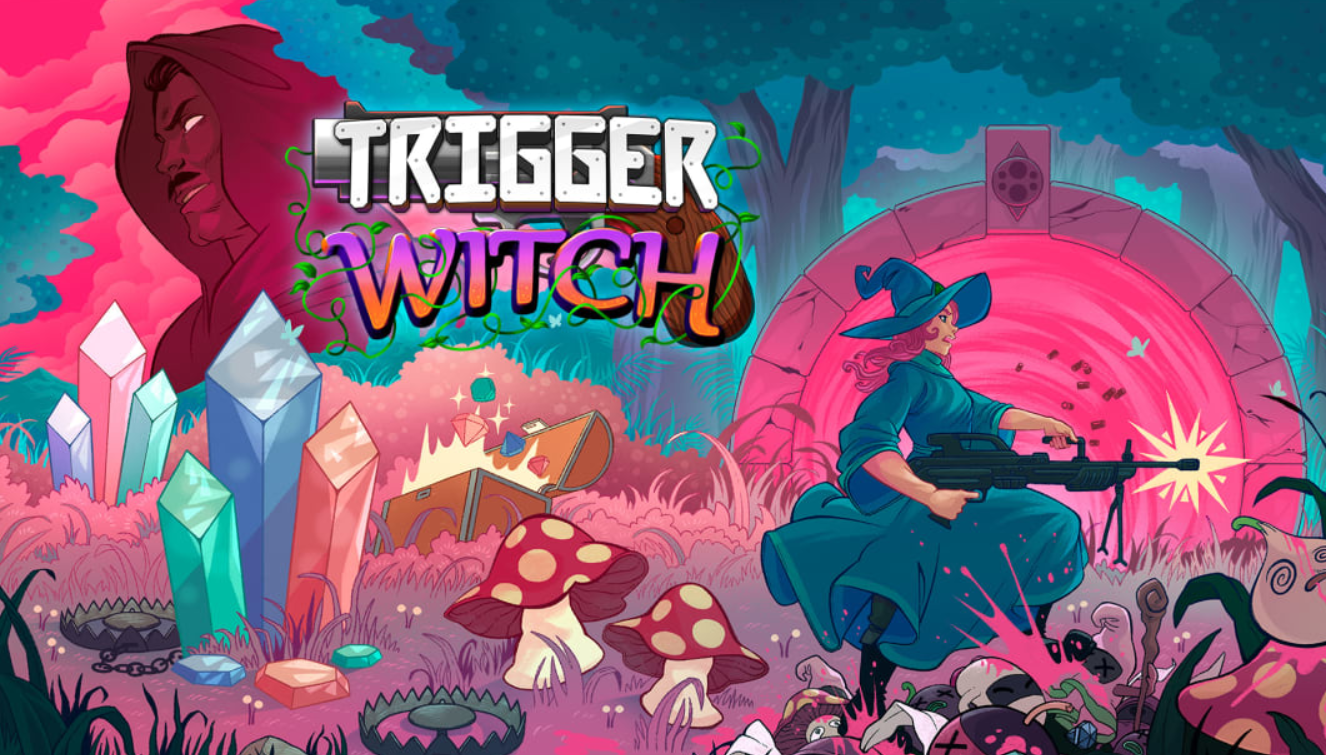 Trigger Witch is described as an action-adventure game for the Nintendo Switch. I’d say It’s actually more like an RPG crossed with a twin-stick shooter, with a sprinkle of Mortal Kombat-level gore added for good measure. It’s a combination that’s nothing short of unique, but does it work?

I was taken by Trigger Witch from the very beginning thanks to its SNES-inspired graphics. It visually reminds me of a Link to the Past, with cute and colorful graphics set in a top-down perspective. The twist that makes this title stand out is both in the gameplay and the gore. 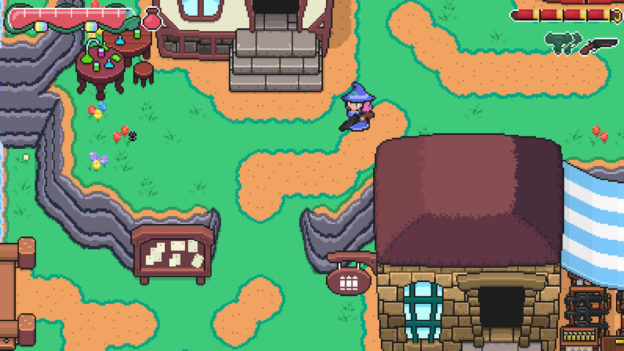 The game follows a young witch named Colette who’s about to graduate from witch school. Along the way, you’ll interact with villagers and other folks, explore caves, forests, and dungeons, uncover treasures, and upgrade your weapons and health. Pretty standard RPG stuff, really. The uniqueness lies in the twin-stick shooter element. It turns out that these particular witches have lost the subtle art of magic, instead sporting hand cannons. You aim your guns with the R-stick while moving Collette around with the L-stick, in true twin-stick fashion. This combination of genres works very well and the developers have done a great job making it easy to master the controls.

The second twist comes in the form of gore that taints this adorable world, with an oddly large amount of blood spilled whenever an enemy is vanquished. There are even little bones and entrails on display. It’s still somewhat cartoony, in a very red and obvious way, but it certainly stands out in stark contrast to the rest of the game’s light-hearted nature. It’s possibly a comment on how guns and violence are ingrained in certain parts of society since none of the happy and carefree characters seem offended by it. There is an underlying plot that questions the newer use of guns over old-school magic, but I don’t want to spoil the story. Either way, Trigger Witch definitely earns its T rating. 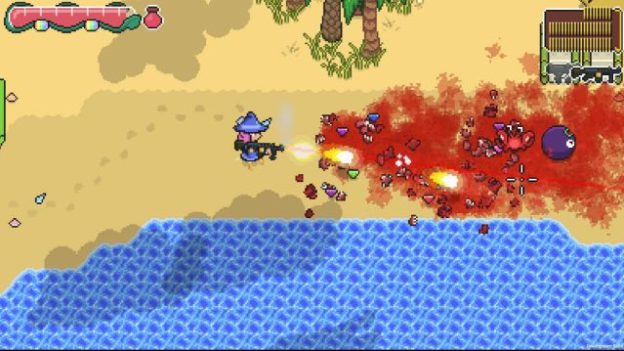 Thankfully, there’s more to Trigger Witch than a gun-toting, blood-red gimmick. In fact, there’s about 10 hours’ worth of adventuring in store, with collectibles, achievements, and treasures for completionists to discover. One of the best features is a local co-op mode, which works splendidly with a seamless drop-in/drop-out ability. After all, what’s a good shooter without a couch buddy to help out?

You’ll unlock a few different weapons along the way – all guns – however, I tended to stick with the default since it reloaded automatically. Flamethrowers are a nice addition to your arsenal, also helping in close-range combat. Being a top-down RPG, the lack of a typical melee weapon was noticeable at first.

The level design relies on some well-worn tropes that RPG enthusiasts will either enjoy or tire of. I found myself in the former camp, enjoying the ride despite it coming across as a slightly watered-down Zelda title (with blood). The dungeons are well-designed, with simple puzzles involving switches and locked doors. The variety of locales is also nice, as are the plentiful enemies, including some formidable boss fights. An underground mole was a highlight for me, although a mechanized dragon also gave me a run for my money. 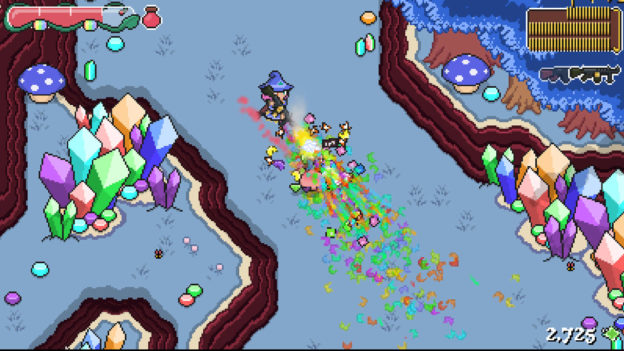 Trigger Witch isn’t a terribly difficult game, though you can adjust the relevant setting to dial it up a notch or decrease the challenge. I appreciate this option, along with a good user interface that easily incorporates maps, collectibles, weapons, and so on. One notable exception is an option to filter out the blood and gore, which could widen the audience.

Most importantly, though, it’s fun. I genuinely wanted to keep playing and enjoyed every moment, despite the violence. The characters may be trigger-happy when it comes to slaying monsters, but there’s still a light and positive quality to the meaningful story.

Overall, Trigger Witch successfully combines two disparate genres to provide a top-down RPG experience with twin-stick shooter mechanics. I’d prefer less violence – or an option to turn it off – but there’s a lot to enjoy with this title.

Trigger Witch successfully combines a top-down RPG with a twin-stick shooter, creating a fun amalgamation of genres that works really well. It’s fun to play and provides plenty of exploration in a cute and colorful world that also happens to be ultra violent. I’d prefer less violence – or an option to turn it off – but there’s still plenty to enjoy here.