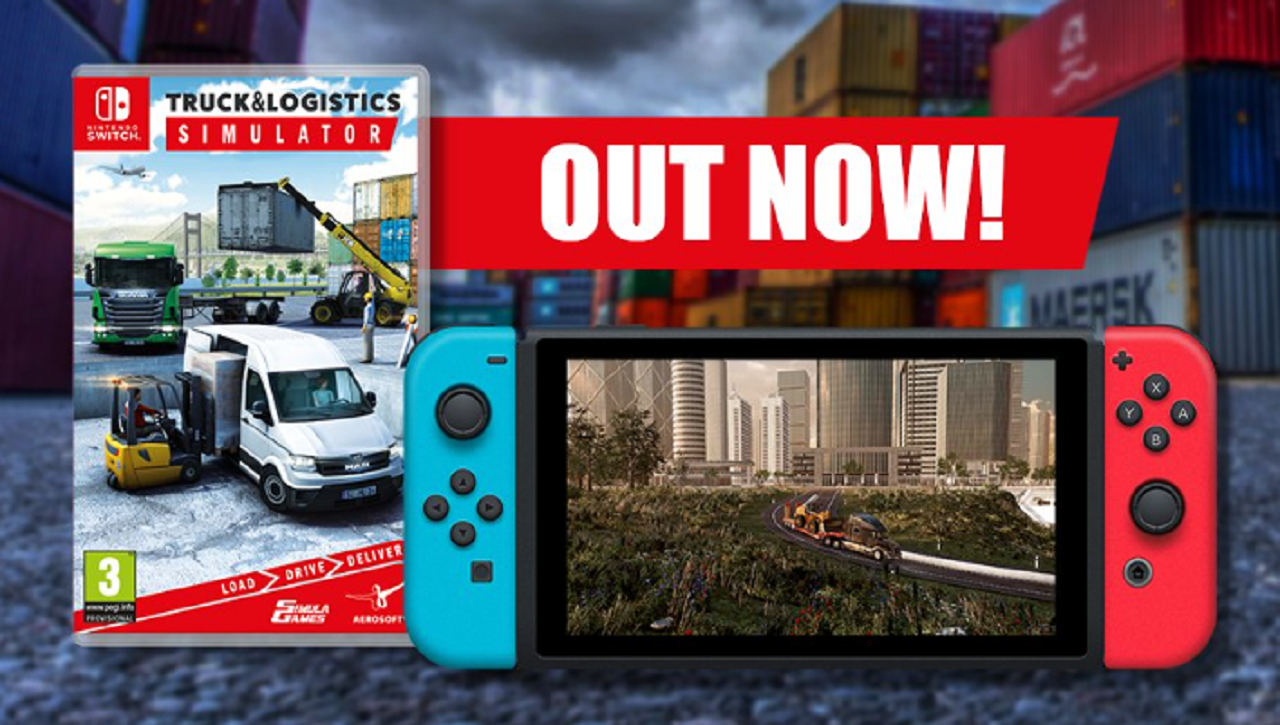 Though the backbone of this title might not sound that entertaining at first glance, Truck and Logistics Simulator delivers positively. While genre enthusiasts may long for more options, the balanced approach here should attract a wider audience. This title proves to offer a compelling experience, yet the learning curve is low.

To be clear, each of the 20-plus vehicles will take some practice to operate with proficiency. They all have a unique feel on the road. But the controls are mostly intuitive, with reminders that pop up as well. Even if you damage your vehicle, you can still operate it, albeit with a bit more effort.

Sometimes you’ll have to operate vehicles before you can even get on the road, like driving a forklift in a warehouse or running a large wheel loader to fill your dump truck with boulders. Each vehicle offers a camera view from inside or outside. I found the latter better for heavy-duty vehicles, and lessening pop up. This view also lets you appreciate the interior detail, which you can customize. 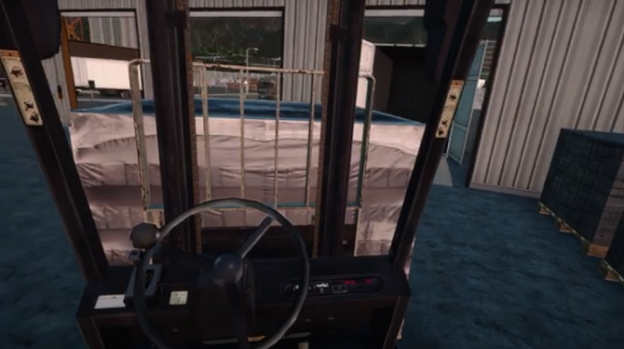 There’s a lot of freedom, too. Your helpful GPS will show you the best route for your deliveries, but if you decide to change course, you can. The worst that will happen is you need to fill up at the gas station earlier. There are no time restrictions, and I’m so appreciative of that! Exploring the open-world is a sizable part of the enjoyment.

Besides not overwhelming you with complexities, this game also respects your time. You won’t need to invest hours upon hours before you can unlock a new vehicle. That’s a point I want to drive home, as some lesser sim games have you grind a ton for minimal payoff. This simplified setup here is nicely balanced. 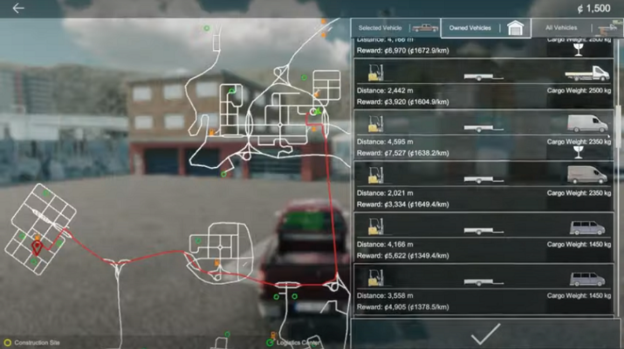 A key to unlocking new vehicles is taking on the longer assignments that have bigger cash payouts. But again, you’re free to choose what you want. Plenty of small jobs are available if you’re having early trouble getting into things. These will only take a few minutes, usually involving city driving. Once you have enough vehicles, there’s a good chance you’ll find that repetition isn’t much of an issue. You can alternate transport to keep things lively. Go from a speedy truck that can go off route, to a massive rig that you might need to wrestle with to go up a highway on-ramp.

Earning enough to buy at least one of every vehicle is a strong motivating factor to keep replaying for a while. You can even buy a Monster Truck – which I can’t afford yet at this time of publication – if you’re looking for something a bit more arcade-like in your simulation. Some of these best hybrid moments come when you take your vehicles off the street. Is it a glitch that I can drive underwater? Or does it matter, since I have fun doing it? The bugs I’ve noticed don’t negatively affect the gameplay. Some, like occasional suspect AI vehicles, might not even be glitches, just programmed to simulate realistic traffic and how bad some drivers can be. 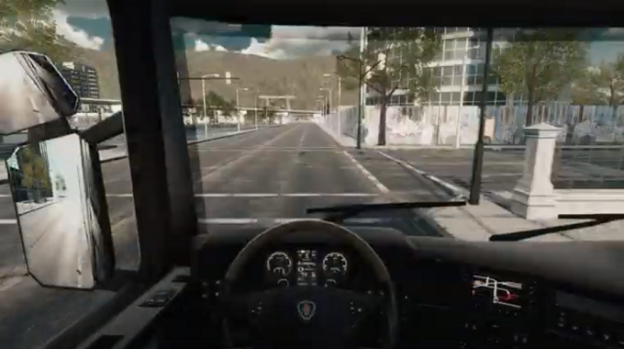 That’s not to say there’s a lot of traffic. While cars are numerous in lots and such, actual road traffic is on the light side; this isn’t uncommon in an open game like this. I like to think of it that this city is respecting the pandemic, and largely sheltering in place. The city is impressive enough on its own, with congestion – it’s quite big and detailed. I’ll accept the sacrifice to play this game on the Switch in handheld mode.

What traffic exists is unusually polite. I never so much hear a horn, unless I hit it myself. I wouldn’t mind some choices for more realistic AI. From smaller issues like failing to signal to severe things like crashing into another vehicle, I should have the option to see some reactions. For that matter, while police cars are around, they never pursue me for running a red light or speeding. It is entertaining driving any which way I choose, but I’d like to see an update that lets me pick how I do so with consequences. There are occasions when I’d like the challenge of a more sim-like approach.

As long as I’m speculating on future updates, there is one on the way where you can have your own company and hire drivers. This addition will be good for when you earn enough to buy every vehicle. Cross-platform multiplayer with cooperative missions is already available. I also wouldn’t mind an update to drive in snow. Or have a pick of music tracks for when I tire of hearing the roar of the engine, squealing brakes, or rain splatter. There’s much potential.

One of the most significant missed opportunities involves loaded cargo. If it’s placed crookedly or even toppled the game fixes it automatically. I wouldn’t mind the option to do that manually. Again, the current approach is more relaxed, but give me a choice to try it on my own now that I’m comfortable.

It’s a niche genre on consoles, but as someone who’s intrigued that the Switch is getting titles formerly limited to the PC, I’m growing as a fan. The feeling of accomplishment and satisfaction from a job well done is real, and I can have more success thanks to the elimination of some of the complexities. I’ve enjoyed my time with Truck and Logistics simulator, and only wish it had more options ready for its $39.99 launch.

It’s a niche genre on consoles, but as someone who’s intrigued that the Switch is getting titles formerly limited to the PC, I’m growing as a fan. The feeling of accomplishment and satisfaction from a job well done is real, and I can have more success thanks to the elimination of some of the complexities. I’ve enjoyed my time with Truck and Logistics simulator, and only wish it had more options ready for its $39.99 launch.