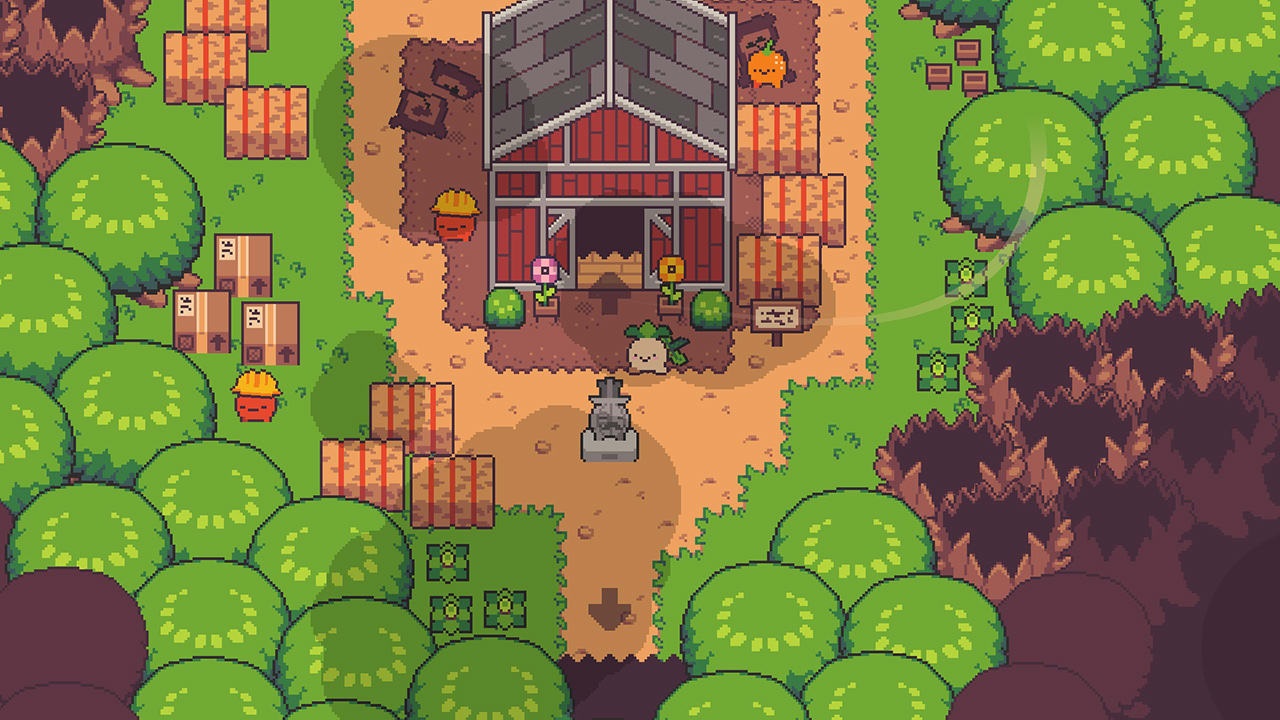 As the title suggests, you play as Turnip Boy and you commit tax evasion. The game opens with Mayor Onion evicting you from the greenhouse you inherited from your late father over the amount of council tax you owe. He agrees to take you on as his assistant to earn off your debt. The game very much presents itself as an Animal Crossing-style cutesy-capitalist social sim, but with sentient vegetables.

But as you play, you reveal the darker undercurrents of Turnip Boy Commits Tax Evasion. Turnip Boy himself is nothing short of an agent of chaos. He is hell bent on his mission to rip up every document he comes across, whether that’s tax bills, love letters or wanted posters featuring his own face. This is ultimately for the best as Mayor Onion isn’t the wholesome town patriarch he wishes to be. 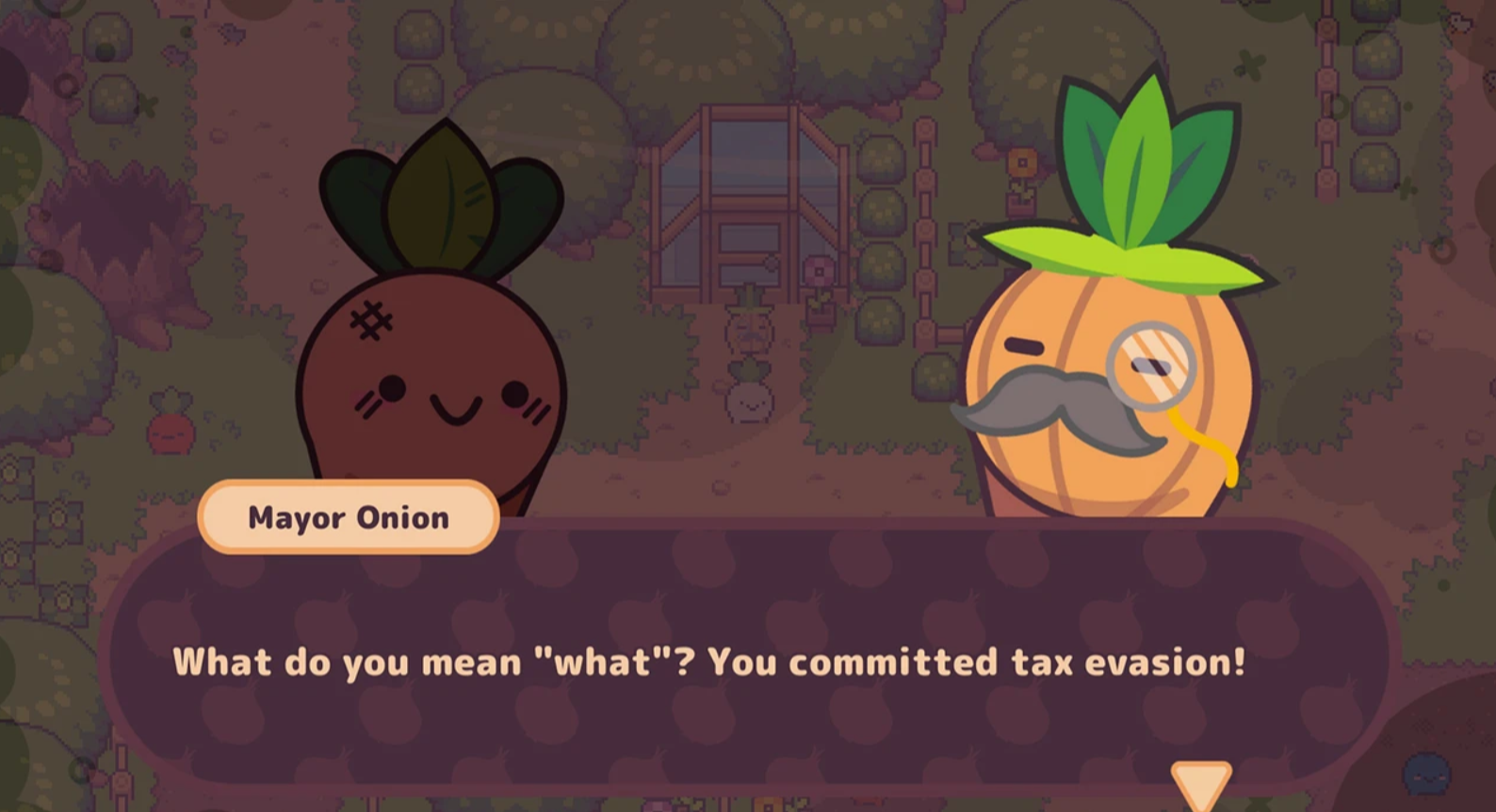 As you go about the tasks set by the Mayor and the other village folk, you uncover the world’s grim underbelly. Organised crime, conspiracies and global nuclear destruction are all woven into the fabric of this sweet little village. It is wonderfully layered into the background of the game from the very beginning, so the reveals – while still shocking – make sense when they happen.

Turnip Boy Commits Tax Evasion is built on a foundation of dark humour and it is threaded effectively through every moment of the game. From cute puns you’ll hear chatting to the local blueberries to the twisted revelations at the climax that explain your very existence, the game is genuinely and consistently funny. It’s tongue-in-cheek at times and self aware throughout in a way that you can’t help but find endearing.

As you play through the story, Turnip Boy’s personal motivation is to rip up every single document he comes across. You can also collect hats, which serve no real purpose other than make you look cute, but are quite addictive to seek out. 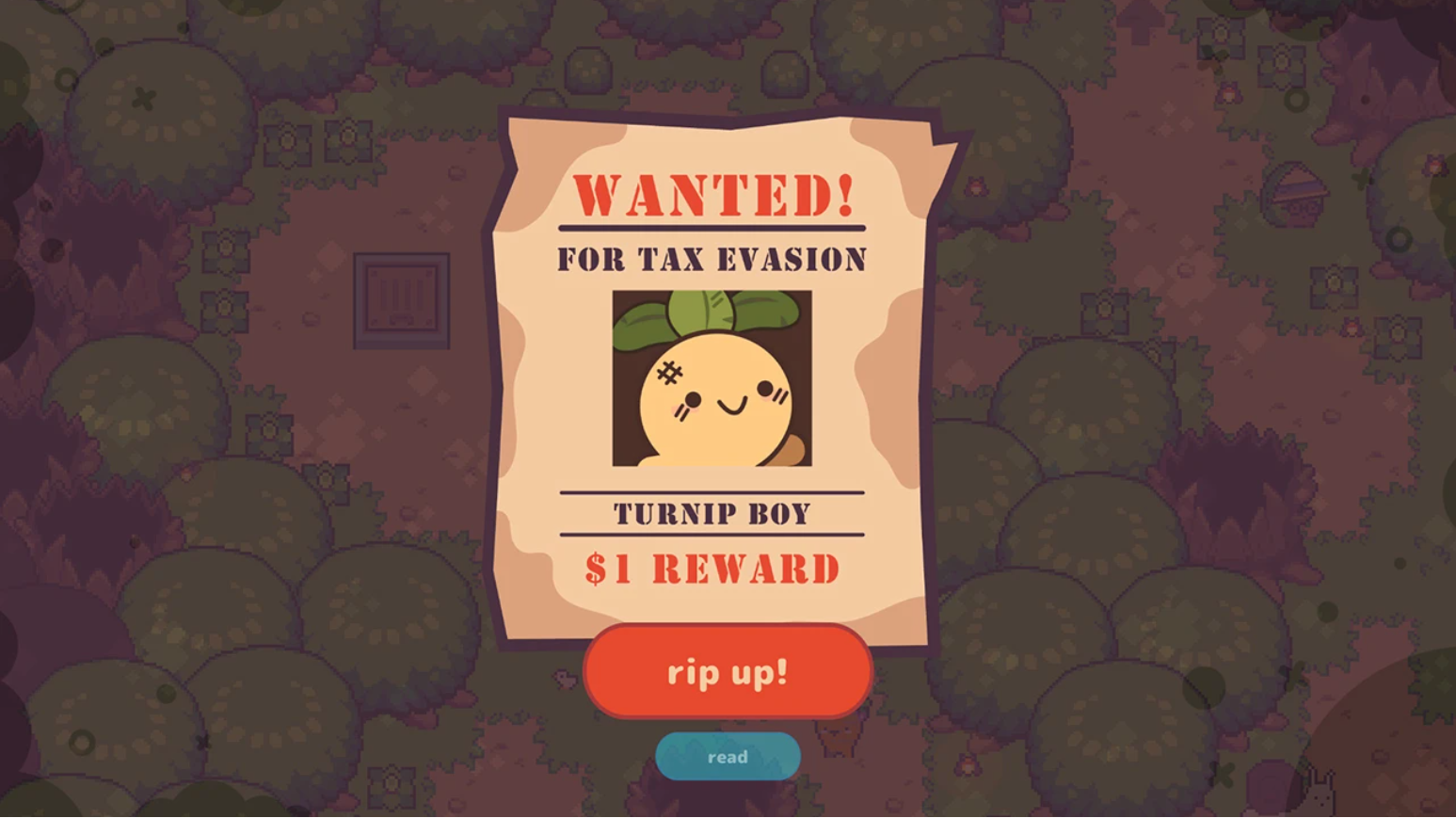 Turnip Boy Commits Tax Evasion is not a long game, but it is a very fun one. I would happily play many, many more hours as this chaotic little turnip, getting on with helpful tasks for your neighbours, tearing up their books and uncovering sinister mysteries in the process. Its conciseness means that the story and humour, at least, don’t get tired, though it will leave you pining for a sequel some time soon.

Turnip Boy Commits Tax Evasion is a ridiculous little game with a twisted sense of humour, uncomplicated gameplay and a surprisingly absorbing plot.