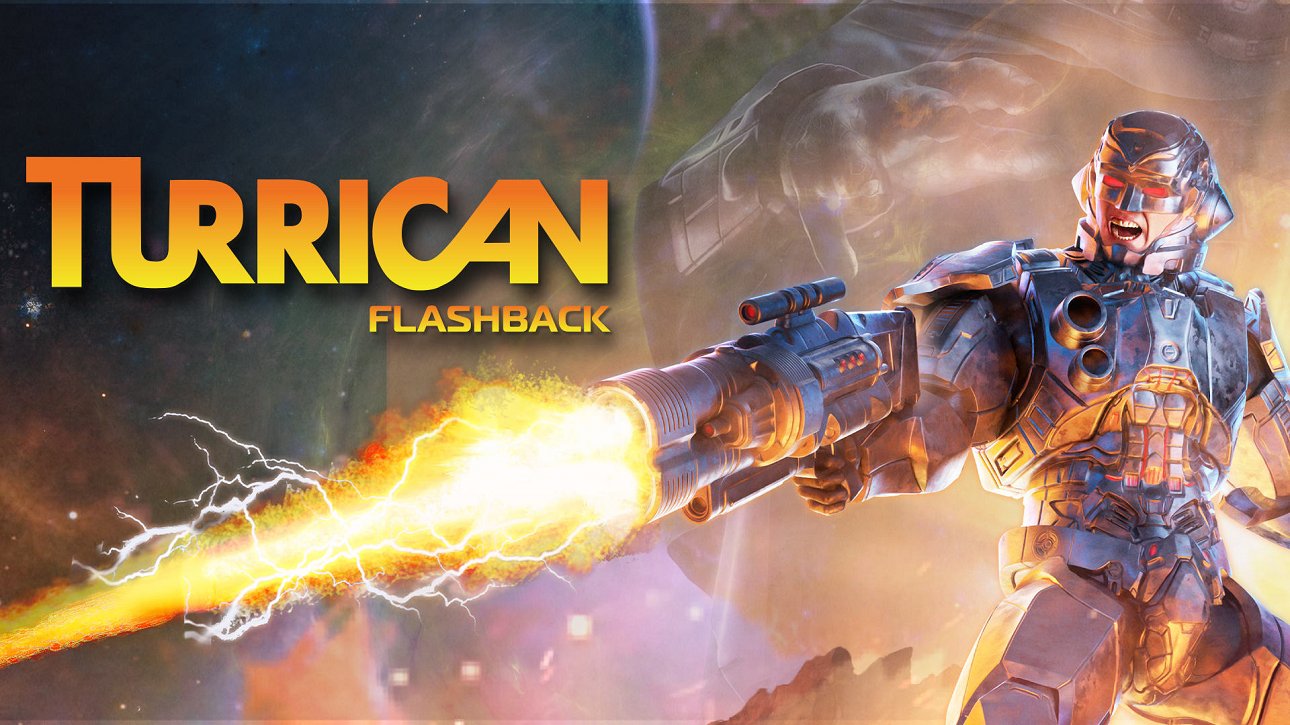 Turrican Flashback bundles some (but not all) of the run ‘n’ gun classic titles. This collection, while fun, feels a bit lacking compared to other compilations on the Nintendo Switch.

The original game finds you controlling the titular bionic metallic warrior against a sentient AI in the distant future. I respect it as a game initially released in 1990, one that launched a successful series. But it has some quirks that will only be viewed with rose-colored goggles by those who played it back in the day. Its sequels are better.

Turrican II has more striking enemies and is visually superior, with backgrounds that are far less vanilla and improved animations. I should add that the story is such that you shouldn’t be overly worried about playing these games in order. So skip right to this one if you’re looking to start with a more advanced game, albeit one whose platforming can’t quite match up to its action.

Mega Turrican and Super Turrican share some similarities, the latter of which might be familiar to SNES players. With three difficulties to choose from at the start, these could also serve as ideal introductions to the series, although a Bionic Commando-ish rope is hit or miss – I’d have preferred a double jump. These games reflect the growth of the series and are fun plays in short bursts. However, the unique NES version of Super Turrican is not included. For that matter, neither is Super Turrican II or any of the GameBoy versions.

Part of me feels wrong criticizing this release for what it doesn’t have, as what it does have is good. But I’m well aware of what other compilations on the Switch are doing in terms of offering value per cost. Turrican Flashback feels more minimalistic. Besides the missing games, where is a museum to learn about the series compelling history? Where’s the in-game music player? The soundtracks for all these games are great! There are some extras, like visual filters, but they only warrant an initial look.

One extra that bugged me at first, but ultimately proved minor, was password cheats. My dislike for this gaming relic meant I played this collection for a while, with failure quickly following. Whether it was the lack of helpful co-op, smacking my head on ceilings, leaps of faith, the suspect hit detection, or outright areas of excess firepower rapidly depleting my life bar, these games are tough. When I finally bit the bullet and inputted cheats, it was worth it, but it’s totally optional. Rewind is another option for those who want an edge in a different style.

The best thing the Turrican games do is promote exploration! This is something I feel games in this genre often (usually) lack. But the positive-sized levels here are quite fun to explore. I could do without the time limit, though, and wish there was a way to disable it. It’s one element that conflicts with the modus operandi of these games.

For $29.99, you get a fun collection with Turrican Flashback, but it’s one you may want to wishlist if you’re not an enthusiast. It takes a more straightforward approach when it comes to Nintendo Switch compilations, one that’s hard to overlook. I just wish it felt more complete.

For $29.99, you get a fun collection with Turrican Flashback, but it’s one you may want to wishlist if you’re not an enthusiast. It takes a more straightforward approach when it comes to Nintendo Switch compilations, one that’s hard to overlook. I just wish it felt more complete.