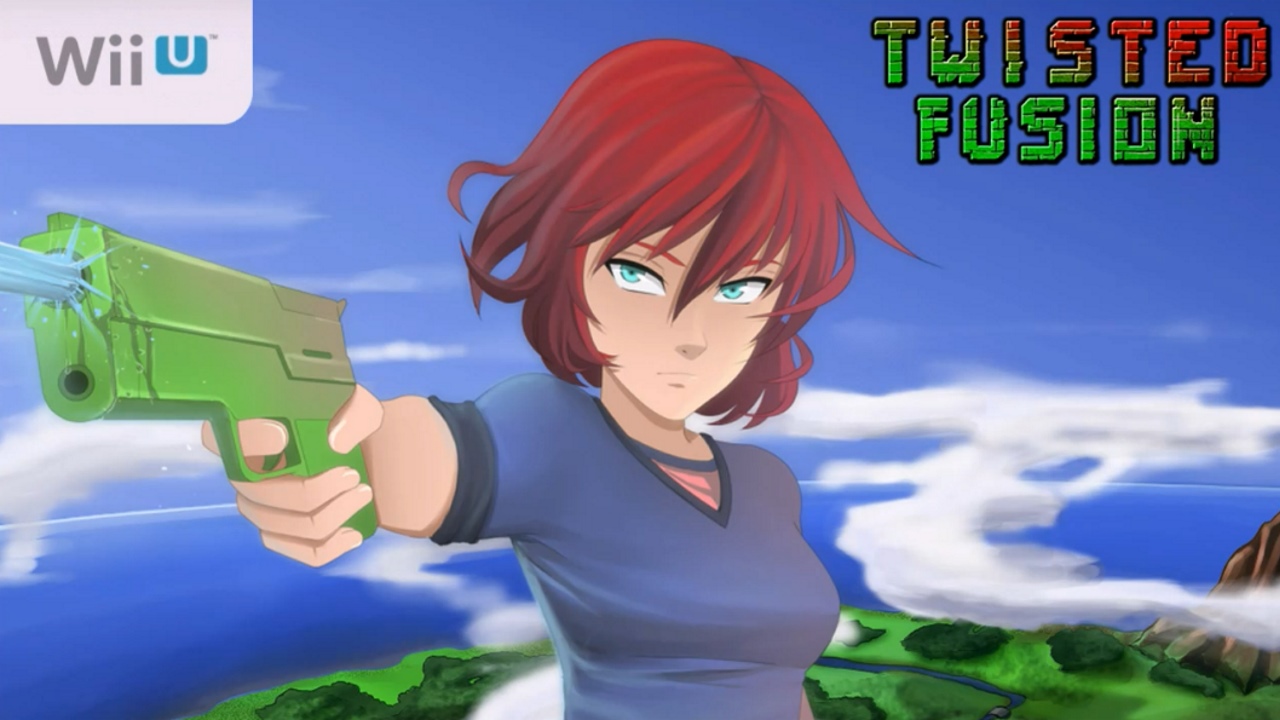 Twisted Fusion is an action platformer with RPG elements that was funded on Kickstarter and developed exclusively for the Wii U by indie dev, Leuvsion. With equal parts exploration and dungeon crawler, Twisted Fusion certainly has a lot to offer, but is the game worth your time? There’s only one way to find out! 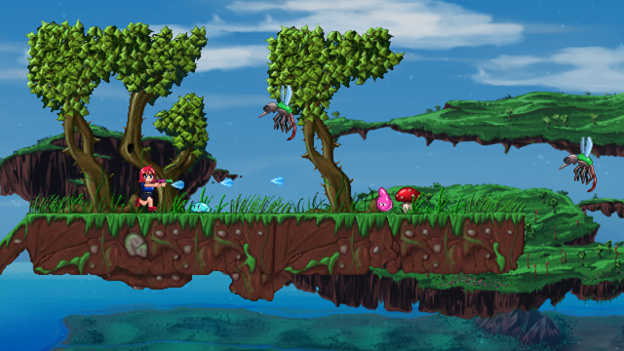 Mysteriously transported to a strange world, you take control of Cora or any of her friends as you search for a way to get back home. It’s a simple story, but it sets the stage well enough for your grand adventure. Since the game’s world is fairly open to you right from the beginning, the only thing stopping you from exploring every nook and cranny right away is the lack of a few abilities that can be purchased anytime once you have the proper funds. This allows you to tackle dungeons in any order you choose which gives you a great sense of freedom.

As you explore the world, you’ll have to dispatch monsters with your trusty water gun. While a basic firing attack and a special move are at your disposal, combat can be a little dull. Luckily, if you find the game on the easier side, you can crank up the game’s difficulty on the fly, and this helps keep you engaged in the combat. Defeated enemies will drop items and currency, and the higher the difficulty is set, the more rewards you’ll earn for each kill. 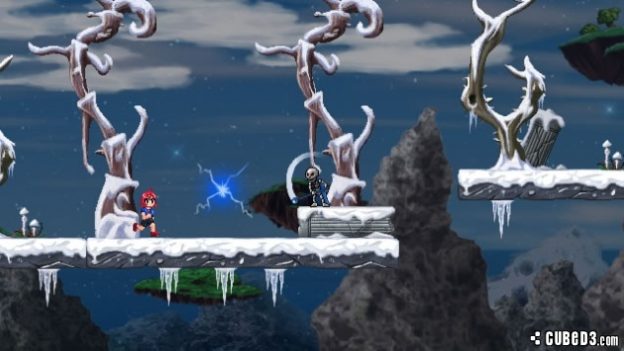 Monsters drop items known as monster food, and occasionally a monster will also drop a monster egg. Collecting the egg will allow you to hatch and grow your very own creatures to use for a minigame. As you fight baddies on your journey, your critters will gain experience with you. Once you feel they are strong enough, you can feed them food so they will evolve. You can even fuse monsters together to make new ones. Once you feel you have an army of tough guys, you can have them compete in the monster tower challenges. The stronger they are, the higher they’ll make it up the tower which earns you more gems. The gems are merely collectibles that will help you 100% the game, but the collecting and raising creatures minigame is a surprisingly fun part of this title that you wouldn’t expect to be included. 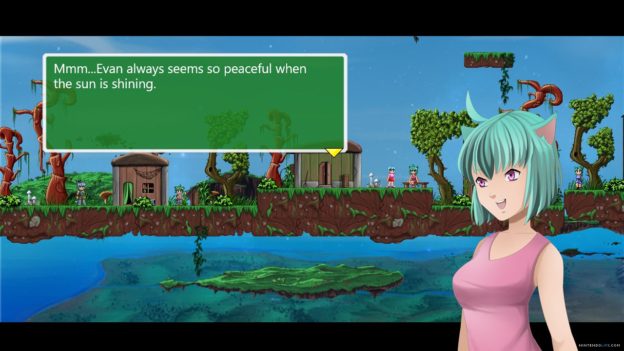 Visually, the game is presented to you with bright colors and charming features and details to the world and its residents. When talking to NPC’s, your character’s portrait is done in an anime-inspired style which looks great and helps flesh out each character’s unique looks. The music, however, is limited to a few tracks and feels somewhat stock.

When it gets right down to it, Twisted Fusion crams a lot of content into a $5 eShop title. The visuals are nice to look at, there are a fair number of collectibles, the monster raising minigame is great fun, and the open world invites you to explore it. Add in the option to go spelunking with a group of friends in local multiplayer, and you have an impressive little indie title.  The game does have a few minor flaws, though, as the music doesn’t complement the rest of the game well, and there were a few areas where I was able to clip my character out of bounds. Despite the game needing just a bit more polish, if you’re into open-world platformers similar to the Metroidvania style, you can still have some fun with this title. If you’re looking for something with more story, or you don’t wish to look past the occasional glitch, you might want to look elsewhere to get your platforming fix.

While Twisted Fusion packs a lot of platforming content into a very reasonable $5 package, the occasional glitch may be a turn off for some who want a more polished experience.