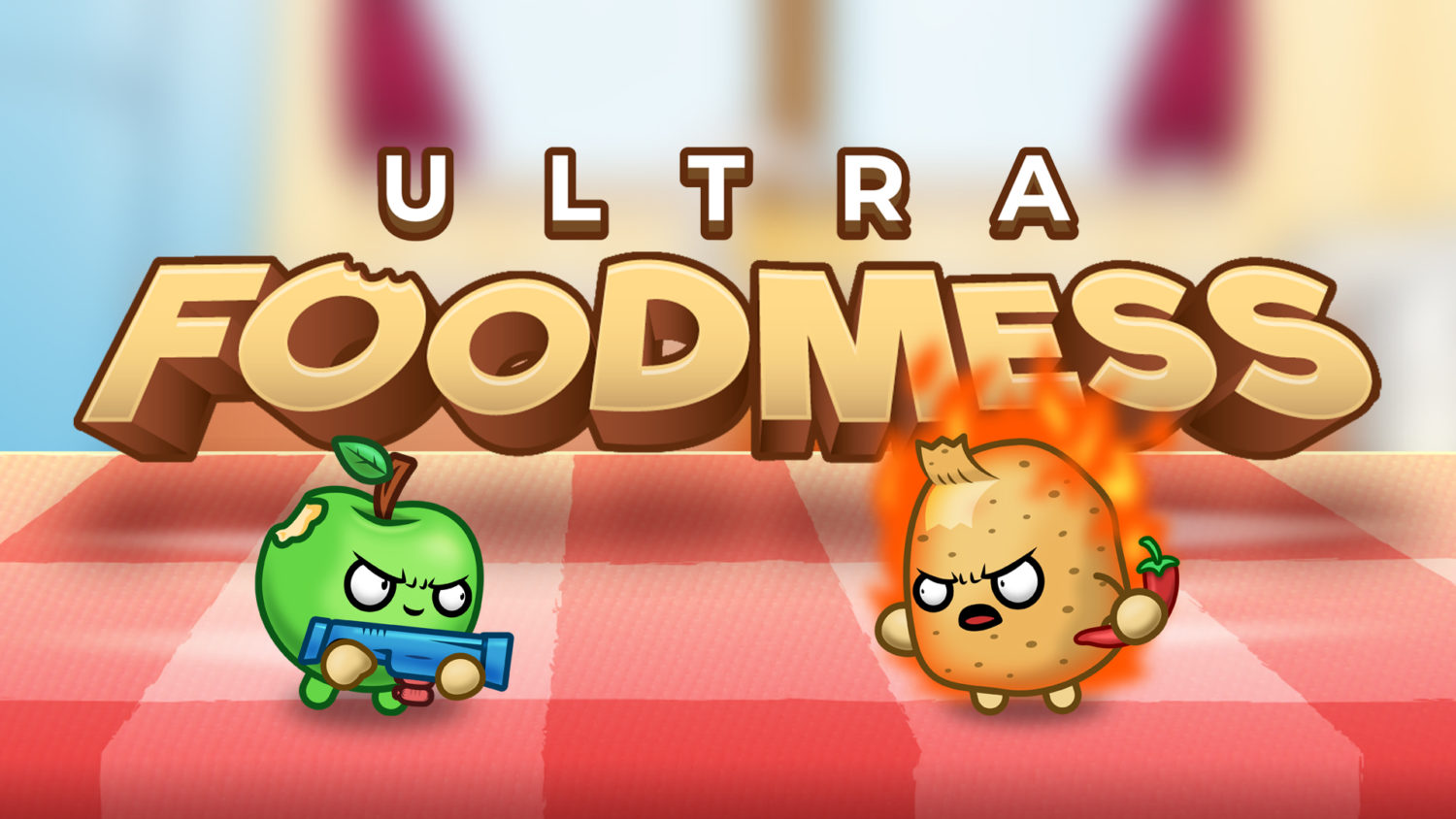 Ultra Foodmess is a competitive, local multiplayer game for up to four. It’s incredibly simple, but can be just as frustrating as any multiplayer game when you’re losing. I’ve often said I’m not a competitive person, but there’s something about watching an adorable sushi roll get splattered across the screen that exaggerates my inner thirst to win.

In Ultra Foodmess, you play against your competitors in up to eleven game modes in a bid to reach a certain amount of wins first. The amount of wins is flexible, and is chosen by you just after you choose your character. There’s a good amount of variation between the game modes. None of them do anything particularly unique or inventive, but that doesn’t make you want to win any less. Obviously, some game modes are stronger than others, but you can filter which game modes you want included in your match. So, if you’re not a fan of having horrendously large aubergines and sausages pushing you to your demise, then you can just skip that one entirely. 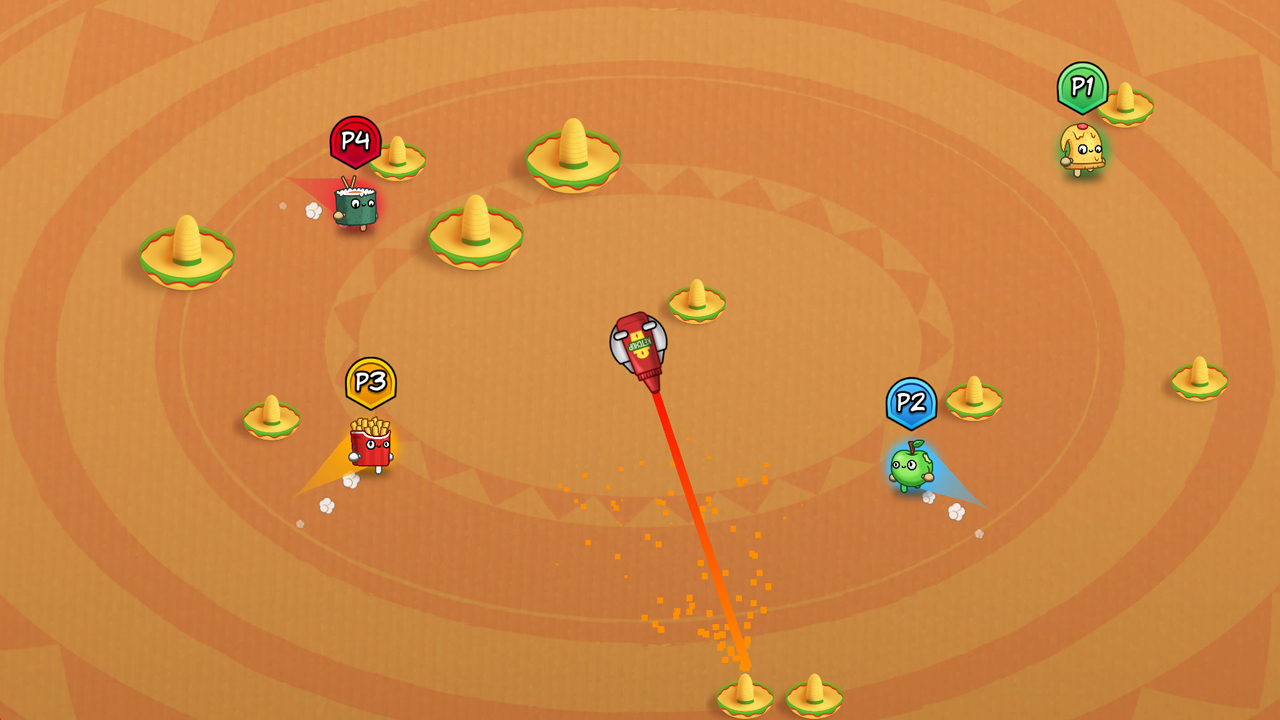 One of the game’s biggest strengths is just how simple it is to set up and play. As long as you can move an analogue stick, then you can have a good time. Of course, it would be nice to have some more control variety, but this game is all about bashing into your pals and turning them into paste— nothing else is required of you.

Unfortunately, due to its simplicity, Ultra Foodmess can become stale (a little food pun for you). This is because you’re able to race through the rounds incredibly fast. Perhaps this wouldn’t be the case if you could take the game online and play with more than just four players. That would spice things up slightly (another food pun), but unfortunately, that option’s not on the menu (last one). 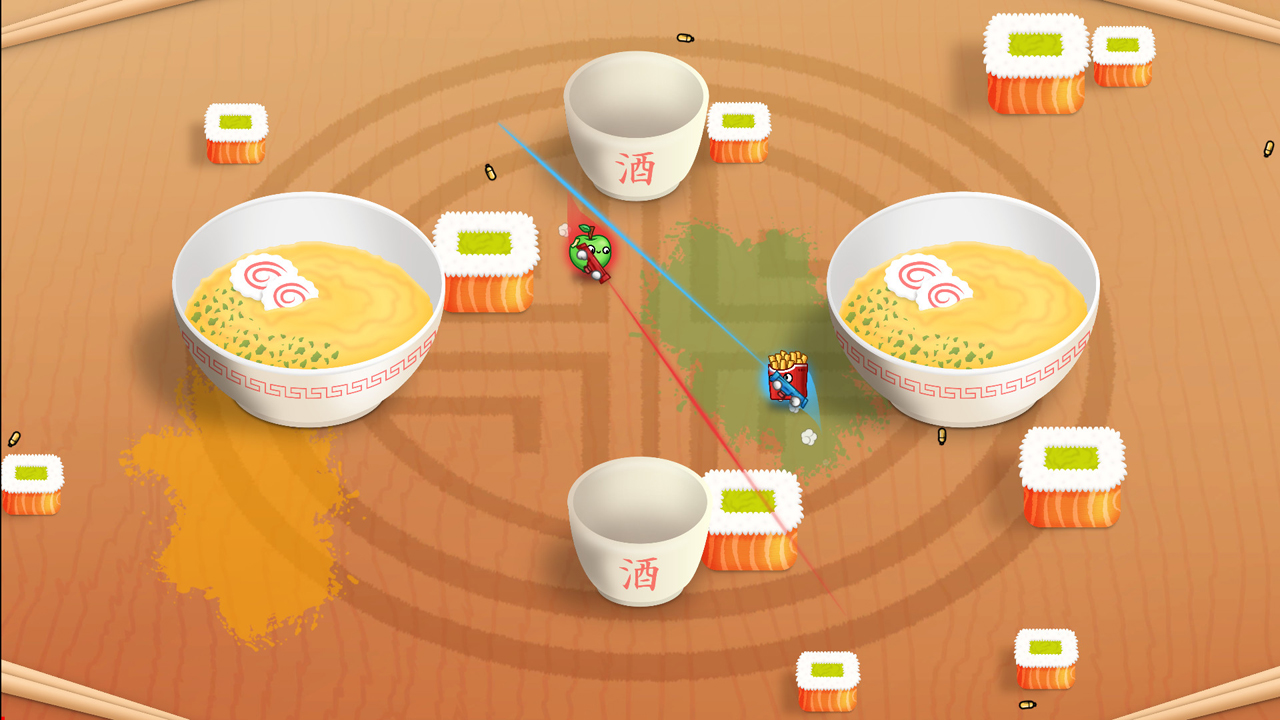 Much like the gameplay, the art style is also incredibly simple. Despite the lack of detail, the twenty playable characters are all incredibly adorable and exude a familiar disappointment when losing. Not all of the aptly-named snack-size characters are available from the start, though. To unlock them all, you will need to complete pre-set challenges, some of which are a lot tougher than you would think. Shoutout to anybody who can survive 40 seconds of Organic Disposal, as I’m convinced it can’t be done.

I can see myself returning to Ultra Foodmess, even if it’s just for a quick bite, as it’s good fun for a short period of time. Also, I will need to check in on my new favourite character, Sarumon. It’s just a shame there isn’t more to sink your teeth into in this charming party game.

Ultra Foodmess is easy to play and enjoy. However, its limited features might mean that it’s only fun for a limited time.