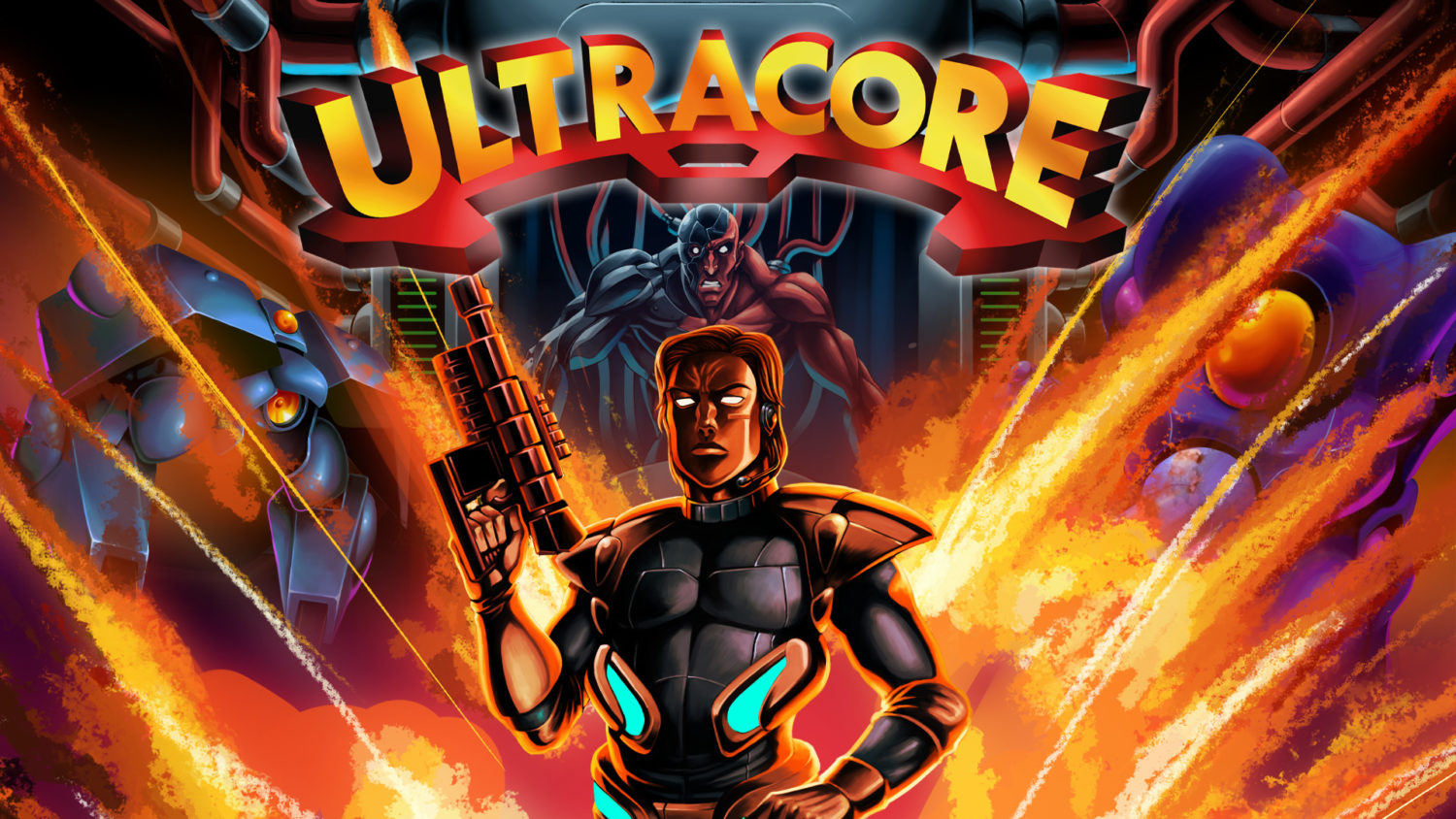 It’s quite interesting that the development of the 16-bit run and gun shooter Ultracore is one which has striking similarities to even Star Fox 2’s own journey to existence. Both titles were near completion at the tail end of their console’s respective life cycles only to be cancelled at the last minute. And much like how Star Fox 2 found new life on the SNES Classic Mini and Nintendo Switch Online service, Ultracore is now resurrected on modern hardware. 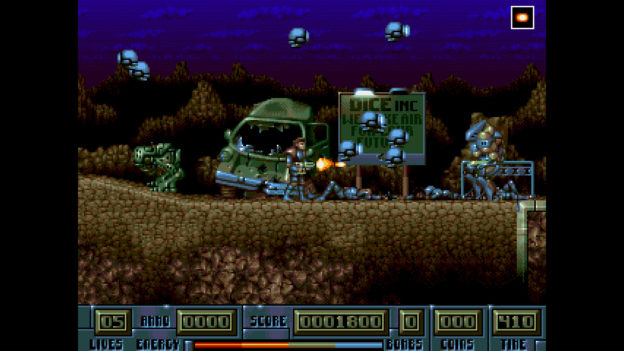 Originally developed by Digital Illusions (now known as the famed developer DICE) and slated to release on the Amiga, Sega Genesis, and Sega CD in 1994, Ultracore’s late cancellation left the game’s nearly complete data wandering in the unknown for years. More than two decades later, the game’s code was soon found on an old hard drive and later preserved and fully finished for official release on an aftermarket Genesis console called the Mega Sg. To its own credit, Ultracore is a product of its time when run and gun titles were prevalent on consoles and arcades. While its newfound release on the Switch does show what aspects of this once cancelled game has aged for better or for worse, its retro roots and new features do highlight a pretty decent and slightly challenging 2D action romp. 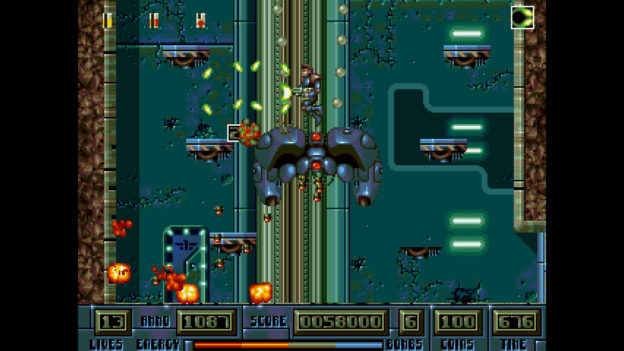 Ultracore plays just as you’d expect if you are familiar with the run and gun genre. Throughout the game’s five fairly large levels, you will be using quick reflexes to dodge multiple enemies and their firepower whether they are approaching you via ground or in the air. Aside from your starting arsenal being a rapid-fire machine gun with unlimited ammo, you will eventually be able to equip more powerful weapons. These weapons (which all run on limited ammo) along with your starting machine gun can be upgraded as you progress. Control is tight per usual and responsive but do get used to being constantly moving on the fly. One of the bonuses in this completed version of Ultracore is the added twin-stick control option. The addition of this modern control scheme offers fluid use of combat and made switching between weapons all the more easier. Also, if you feel the need to mix things up with Ultracore’s nostalgic Genesis-based tunes, do take the opportunity to switch over to the newly composed synthwave soundtrack. Even separated from the main game, this brand new soundtrack hits in the right spots and is worthy of a few listens track by track. 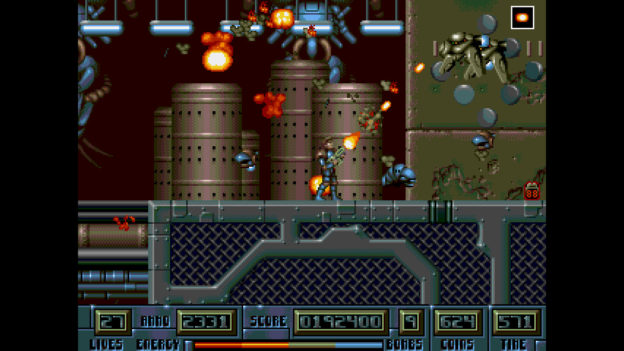 While Ultracore echoes its fair share of familiar run and gun entertainment, it does come with its slight shortcomings. Platform jumping, especially, can be frustrating when you are also focused on conserving your extra lives. One moment in particular has you carefully timing your jumps on weighted platforms, which only lead to many times where I undershot and into my own death. Segments like these are populated throughout, and on top of dealing with various robotic enemies flying toward you, expect to die a lot. Of course, cheap deaths are gonna be prominent throughout a game of this type. Once you find a pattern between enemy movements and the varying bosses at the end of each level, you’ll be able to progress with added ease. Surprisingly, Ultracore is also fairly lenient when it comes to checkpoints and continues. When you lose a life, you’ll be conveniently spawned in spots that aren’t far from where you originally perished, which makes for a less stressful trek. When you are forced to use a continue, you’ll spawn at the door or entryway of the last room you entered as opposed to the beginning of the stage. Unfortunately, there are no save states, as Ultracore opts to use lengthy passcodes given to you after completing a stage. While this type of save system may seem to be a way to fit into the mold of a short action heavy shooter, it’s still incredibly archaic and annoying to input when you run out of continues. So, heed this advice when I say be sure to hit the Switch’s capture button when a code is given to you.

Overall, Ultracore is your standard run and gun sci-fi title that comes with the ups and downs of the genre. While, yes, you are bound to see plenty of cheap deaths and unforgiving sequences, the game is still forgiving when you make a costly mistake. This factor alone makes the later portions of the game less daunting even as the challenges increase. As a short but fun experience with a cool soundtrack and nifty pixel art, Ultracore is almost like a long lost love letter to games of its era. Simply put, after years of being dormant, this one was certainly worth preserving.

Decades after being cancelled at the last minute, the revived Ultracore offers a fun and tight action-packed retro experience even if it’s a little unfair in various parts.