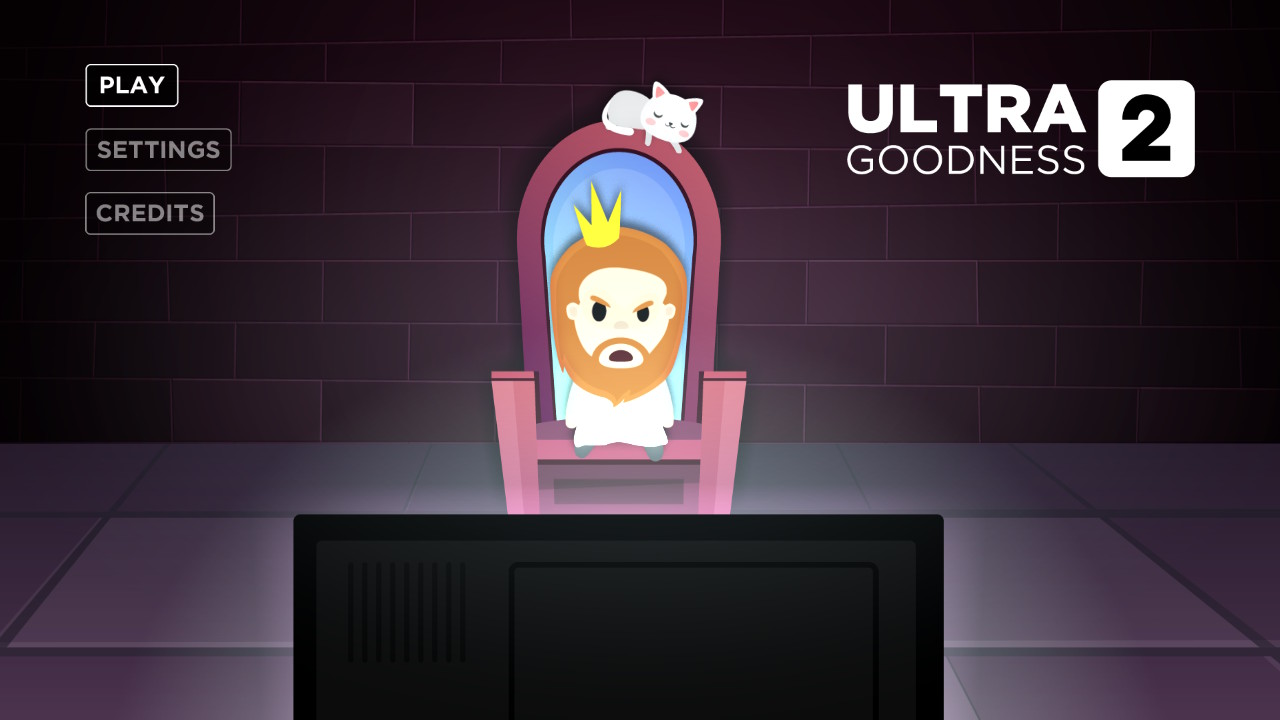 UltraGoodness 2 is an action-arcade game with twin-stick shooting mechanics. With so many of these kinds of games available today, it’s going to take a lot to stick out from the crowd. Let’s see if this one does just that. 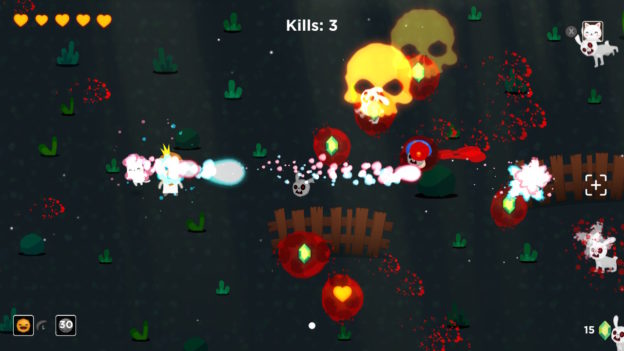 The premise of UltraGoodess 2 is as simple as good versus evil. Yes, that’s it. Dark Forces have come into the world, and you, along with your cat companion, need to defeat the evil. That’s all there is to the story. There’s a quick cutscene at the beginning to introduce the goal, and then the story is never really mentioned again until the end. In other words, there’s not much to work toward.

The game then throws you into the fray, which is fine. As a twin-stick shooter, you don’t necessarily need a tutorial. All there is to the game is dodging enemy throws and shooting your rapid-fire bullets. 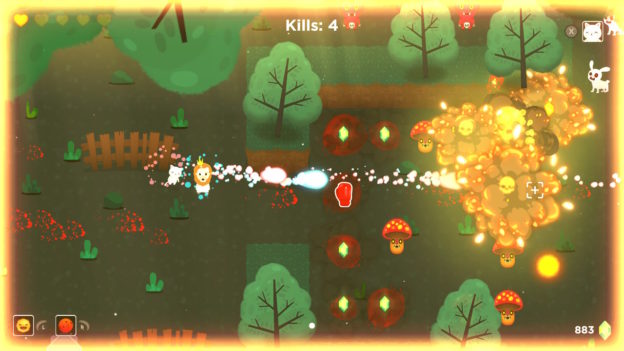 UltraGoodness 2 has a short playtime with three chapters, each having ten levels. These levels won’t take you long at all and they’re all the same. Enemies are stationed about the area; you shoot them, and when they’re all cleared, find the exit portal to the next level. Rinse and repeat. As you kill enemies, they’ll sometimes drop health for you (but no worries, if you die, you just restart the level) or power-ups. These upgrades are temporary, such as faster shooting or a shield.

Your cat companion also shoots bullets at the same time as you do, so you have extra help along the way. You can’t turn off the cat or lessen its help either. This makes the game much easier than it should be. The screen gets pretty busy between your shooting and enemies coming toward you. Plus, there are often machines spread about shooting back at you that take up much of the screen. Trust me; it looks much worse than it is. There’s no point system, no timer, or no lives – nothing. Take your time, and you’ll breeze through each level, completing the game in just a few hours. 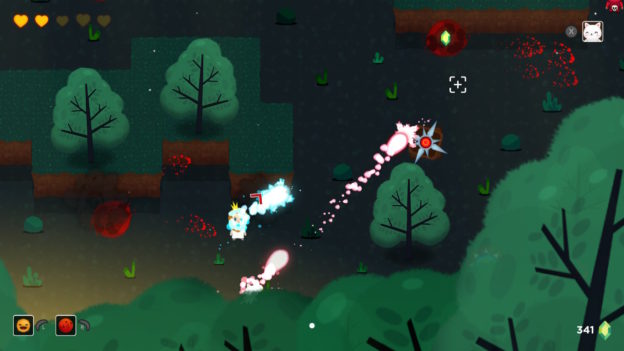 I like twin-stick shooters, but UltraGoodness 2 didn’t hold up for me. The gameplay was too repetitive, with similar levels and enemies throughout. I felt as though there was nothing to work toward, either. The story was minimal, so I didn’t care if I saved the world or not. The lack of points or timer was an issue for me as well. I enjoyed going at my own pace, but it would have been nice to have a score to beat. Once you get to the end of the game, there’s no replayability.

It’s a shame, too, because the art design was well-done and the controls were smooth and responsive. The music was a bop, even though that was a repetitive track as well. Overall, if you enjoy twin-stick shooters and are looking for a short burst of entertainment, give this one a try. Otherwise, there are better options available.

UltraGoodness 2 is a repetitive twin-stick shooter with smooth controls and energizing gameplay but falls short with its lack of story and level variety.