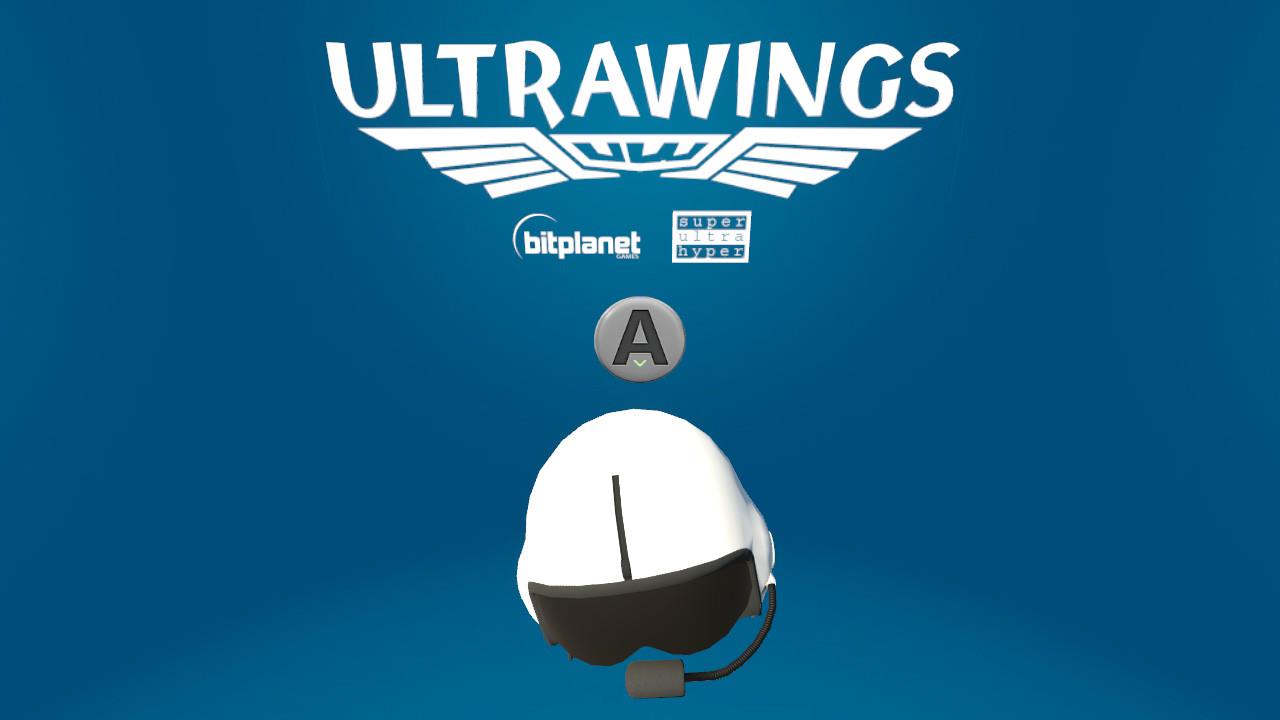 Ultrawings is an open-world flight simulator where you can control four different aircraft. There are various challenges to overcome in this game, attempting for adventure but, for me, it had the opposite effect. 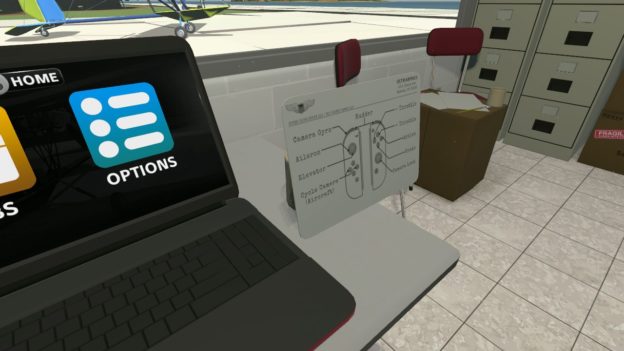 The game starts with you, in first person mode, sitting in an office where you need to login to a computer. Of course, all you need to do is hit the A-button and you’re in. Different options appear on the screen, the first being License. Everything else, all the other modes, are grayed out. You need to get your license in order to open the other modes. This serves as the tutorial for the game.

Now, next to the computer, there’s a control guide. This isn’t something I noticed right away because you need to use the right analog stick to look around the room. The control guide was half off the screen and I didn’t realize I could look around. Without realizing that, when I jumped into the tutorial, I had no idea what I was doing. 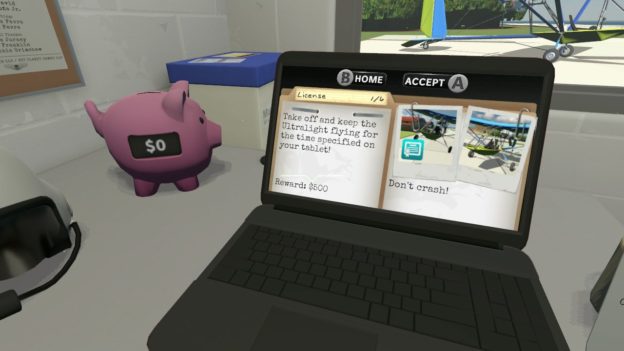 A woman talks to you through the speaker telling you to start the engine and turn on the throttle. For a brief second, the controls will appear on the screen. For the most part, though, I had to figure it out myself by pressing random buttons to see what the plane could do. Every button on the Joy-Con is used. It’s a lot to remember and the woman only uses pilot terms such as throttle, rudders, etc. I don’t know anything about planes so, again, I pushed random buttons until something right happened.

There are six levels in the tutorial and it took me so long to get through all six levels. One reason is that I needed to figure out the parts of the plane and the controls myself, but also because the controls themselves were just wonky. 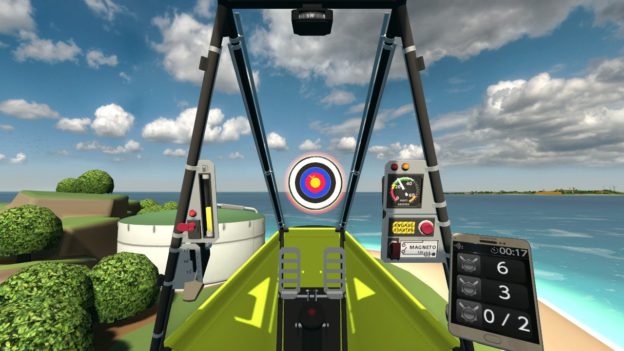 I don’t know if this is how a regular plane controls, but I couldn’t get used to it at all. I’d go left and instead of the plane moving in the left direction, the whole plane would tip to the left and nearly go upside down. You can view the plane in first-person mode or zoom out twice to see the plane in its entirety. It doesn’t matter how you view it though – it’s dizzying all the same.

Once I finally made it past the tutorial, I honestly wasn’t interested in testing out the rest of the game. I was too frustrated to move on, but after a break, I went back to it. The other modes aren’t too bad with balloon popping, races, and so much more. I didn’t spend too much time on each though because I could barely play them. Whether that’s the fault of the controls or me just being bad at the game is a mystery. 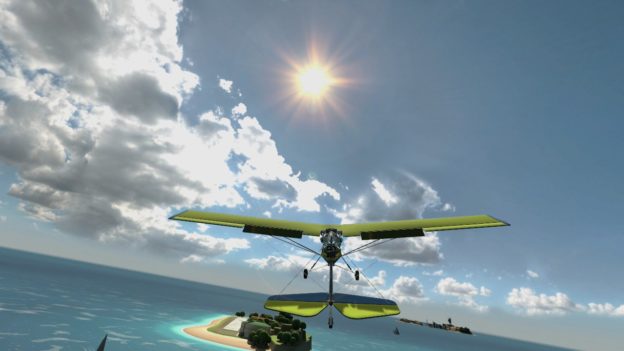 The graphics in the game are pretty good. The world was vivid and pretty. If I hadn’t been trying to control the plane so I didn’t crash into the ocean, I would have really enjoyed the atmosphere. The music was upbeat as well. However, it was the same mariachi-type song on a loop. It got old quick, but the noise of the plane’s motor – if in first-person view – canceled out every other sound in the entire. Luckily, you can adjust the volume for the music and sound effects.

Overall, Ultrawings was a miss for me. It’s definitely a huge learning curve with the controls. When I felt like I got the hang of it, I didn’t and crashed into the ocean. Thankfully, there are no “lives” or consequences when you crash. I’d recommend this to gamers who have experience with plane simulators and know what to expect with the controls.

Ultrawings isn’t too bad of a game for players used to plane simulators, but it just wasn’t for me. There are a lot of modes allowing for hours of gameplay, provided you get used to the controls quickly.