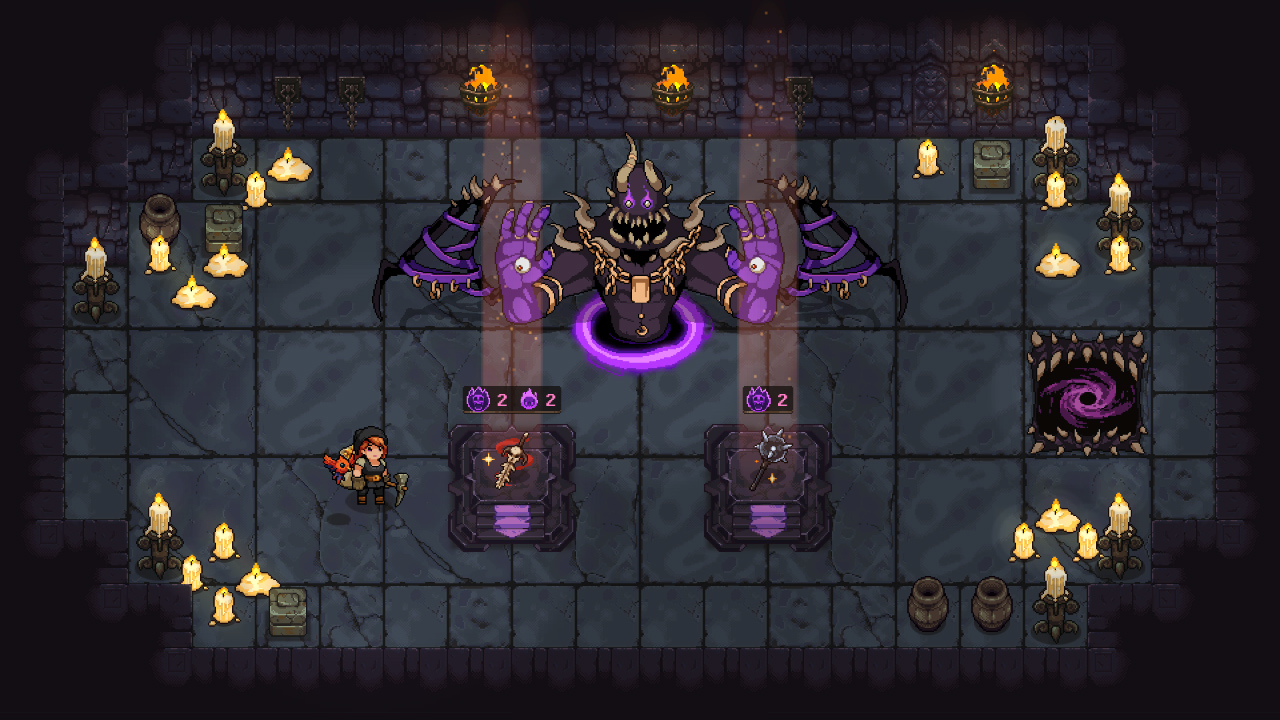 I owe my soul to the company store.

Undermine is not a terribly creative game. You’re a miner, and you’re sent underground to dig for gold and other resources, rescue some villagers, and figure out what’s causing all those tremors. So, you do that.

And then you die.

Enter the next miner. Same tasks. Same fate. Then again. The employee turnover of this mine is so ridiculous that the wizardly foreman can’t even tell when he’s talking to a new miner.

But that’s the circle of Undermine, a very entertaining roguelite from Thorium Entertainment. 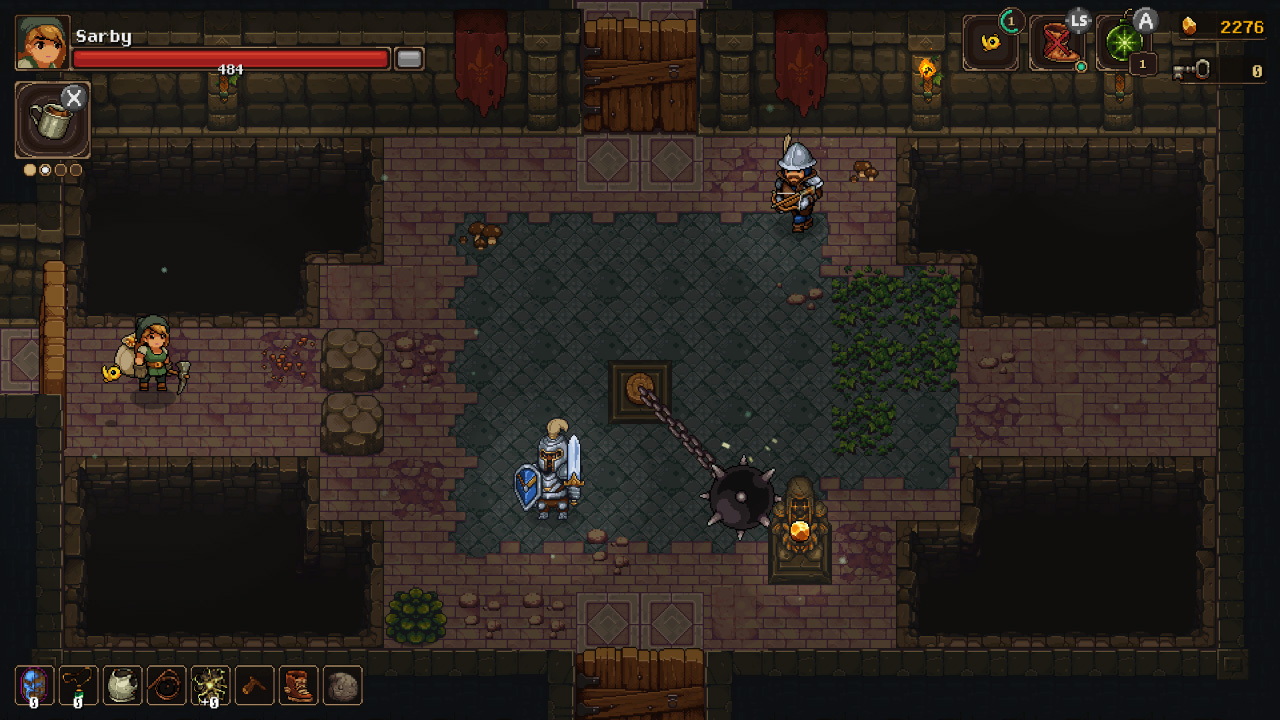 The situation is so bad that there isn’t even a way out of the mine; once you enter, you’re down there until you die. You’re simply expected to accomplish enough to make it easier for the next (we’ll assume non-union) employee who gets stuck with the job. And if that isn’t a metaphor for modern corporate America, I don’t know what is.

Your only tool/weapon is your pickaxe which can be used to mine for gold and attack the myriad monsters that serve as job hazards. Of course, upgrades become available for the pickaxe and the other items you acquire along the way (boots, gloves, bombs, and more). As you rescue other workers, they’ll set up shop back above ground. The gold you’ve acquired can then be used to buy these enhanced items. 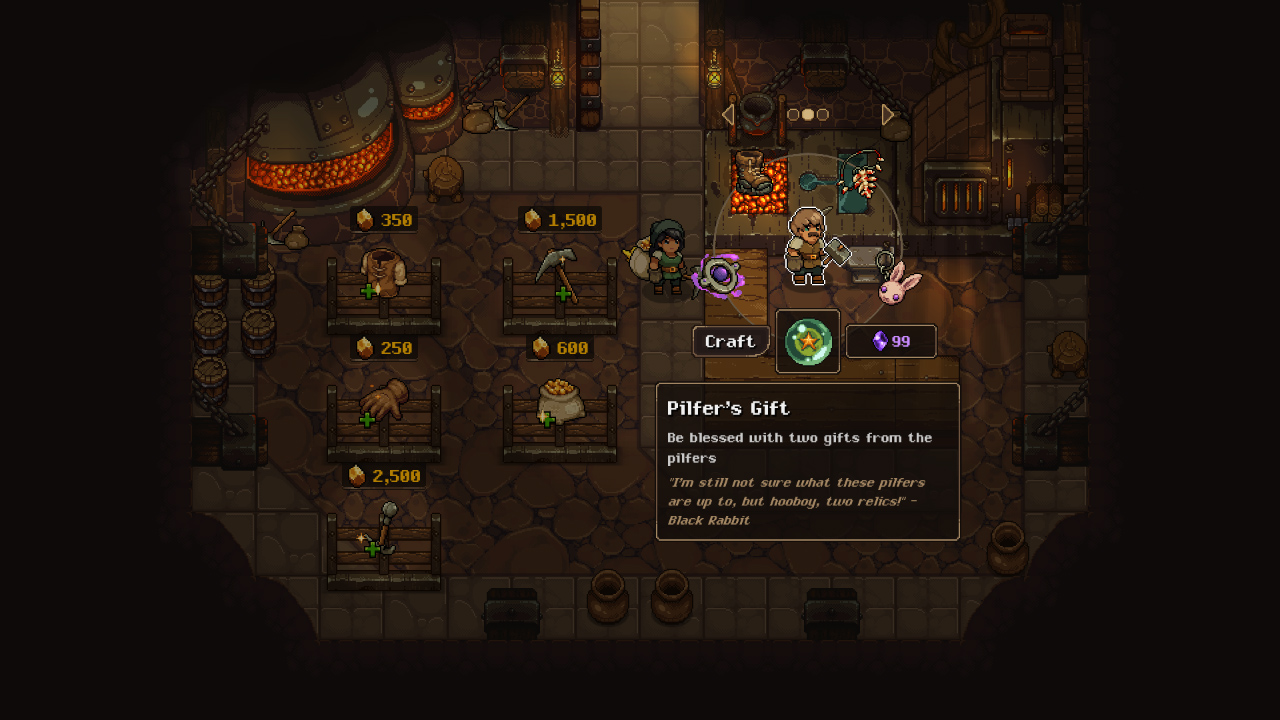 Gold is collected by hitting the appropriate rocks with your pickaxe, causing it to scatter across the screen. You have to gather it quickly, however, as monsters will appear and try to pilfer it. You do get some help from a friendly canary, but you can expect a lot of treasure to disappear into the dark corners of the mine.

You also lose a good portion of your collection when you die. The canary carries your loot back to the surface, but she can’t take all of it. Thankfully, the amount that can be retained is also upgradable. This becomes a bit of a juggling act, as there are some monster merchants in the mines who will sell you various items to prolong your work day. Do you spend the gold down there to push a bit further, or do you save the money and just die more quickly in an attempt to retain as much as you can? 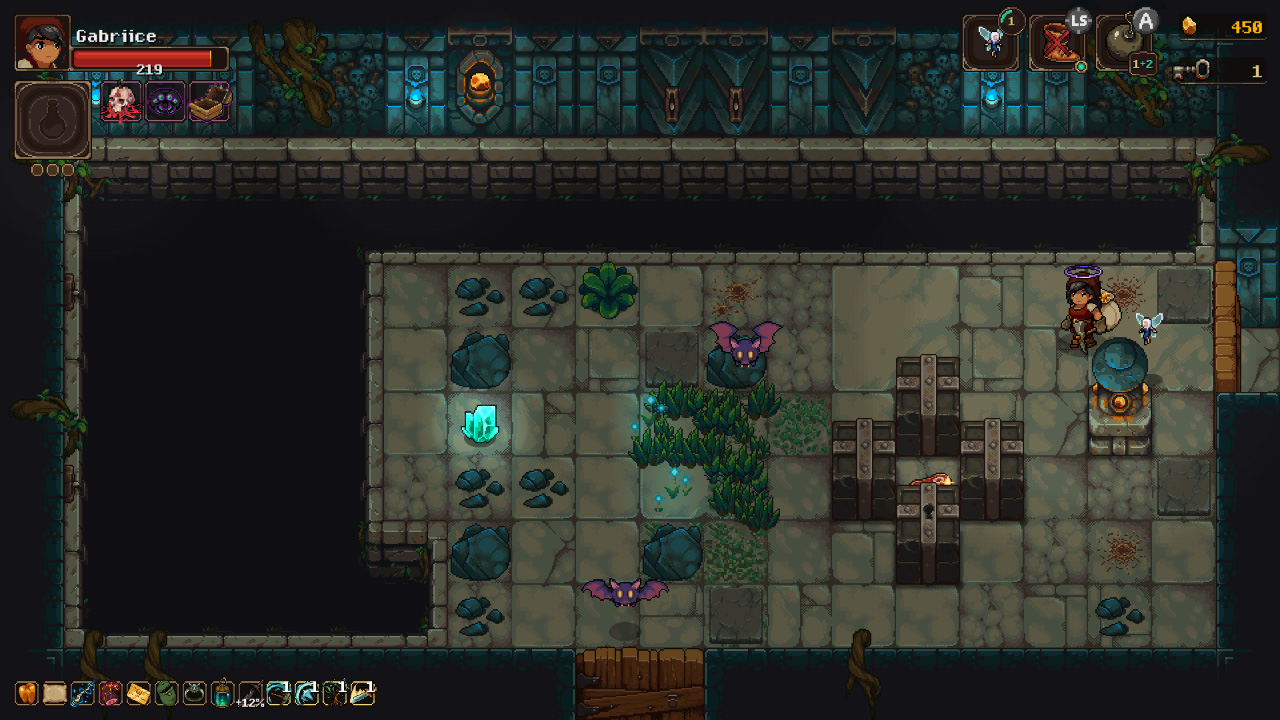 Undermine utilizes all of this to create quick, fun runs through the mine. I was impressed by the overall flow of the game, as it realizes where you’re at with your skills and equipment and seems to adjust itself accordingly. In other words, you’re not stuck exploring areas that are below your level when a new miner begins his shift.

The game also keeps things interesting by giving you plenty of tasks to accomplish and items to find inside the lively pixel art mines. There are artifacts and equipment “recipes” to discover, new weapons to acquire and master, a wide variety of monsters to fight, and some fun bosses to go up against. Because your attacks are limited (swing your pickaxe, throw your pickaxe, drop a bomb, etc.), defeating them is mostly a matter of learning their attack patterns and avoiding them between landing a couple hits of your own. 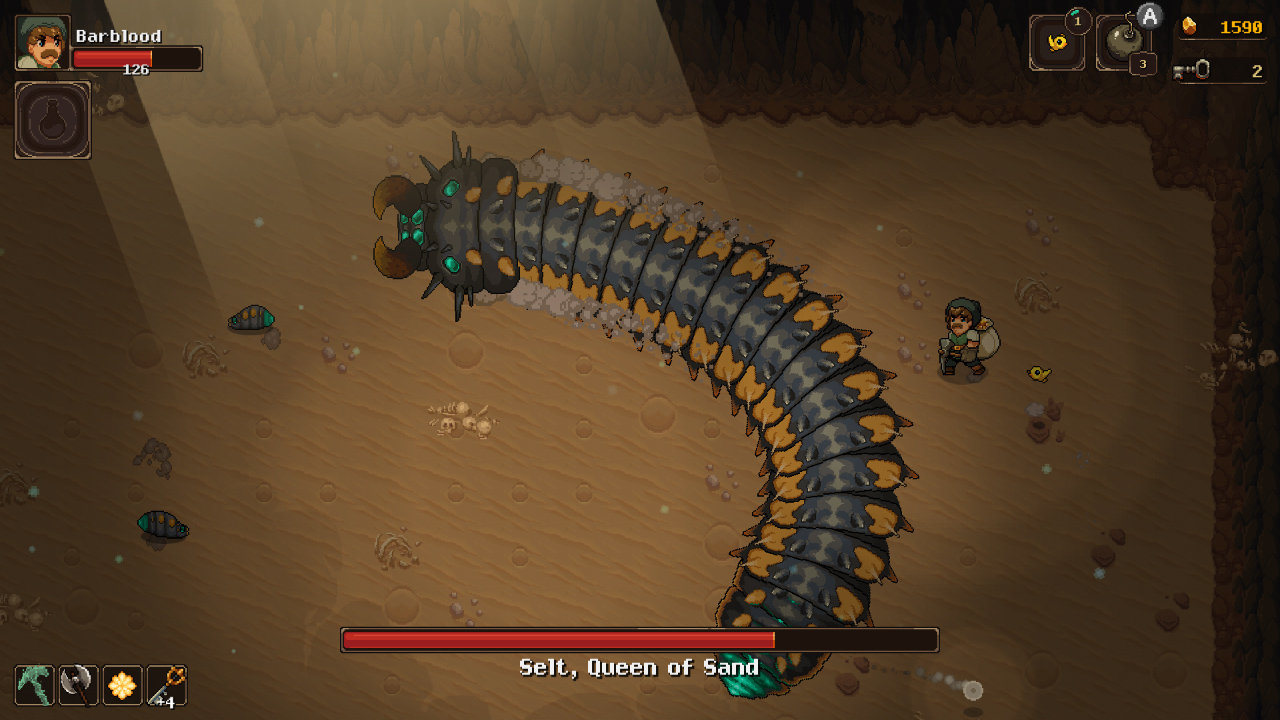 The bosses are challenging, but fair. It was only when getting locked in a room with a large number of range-attack enemies and various traps (spikes, fire, pits, etc.) that I felt the game was cheating me. Even then, the tight controls and ability to jump away from danger will help you push through.

You have to be into the gameplay to really enjoy Undermine, as the story isn’t terribly compelling. It’s also not terribly long, but the game keeps things moving with a more honest rogue-like area called the Othermine, and there are numerous achievements you can tackle. It’s more than enough to justify the price, and you may find your intention of a couple quick loops becoming a couple long hours.

Undermine is a clever rogue-lite with plenty of pixel art charm. The gameplay and design elements come together to create a fun, addictive experience that’ll appeal to action arcade gamers and RPG fans alike.