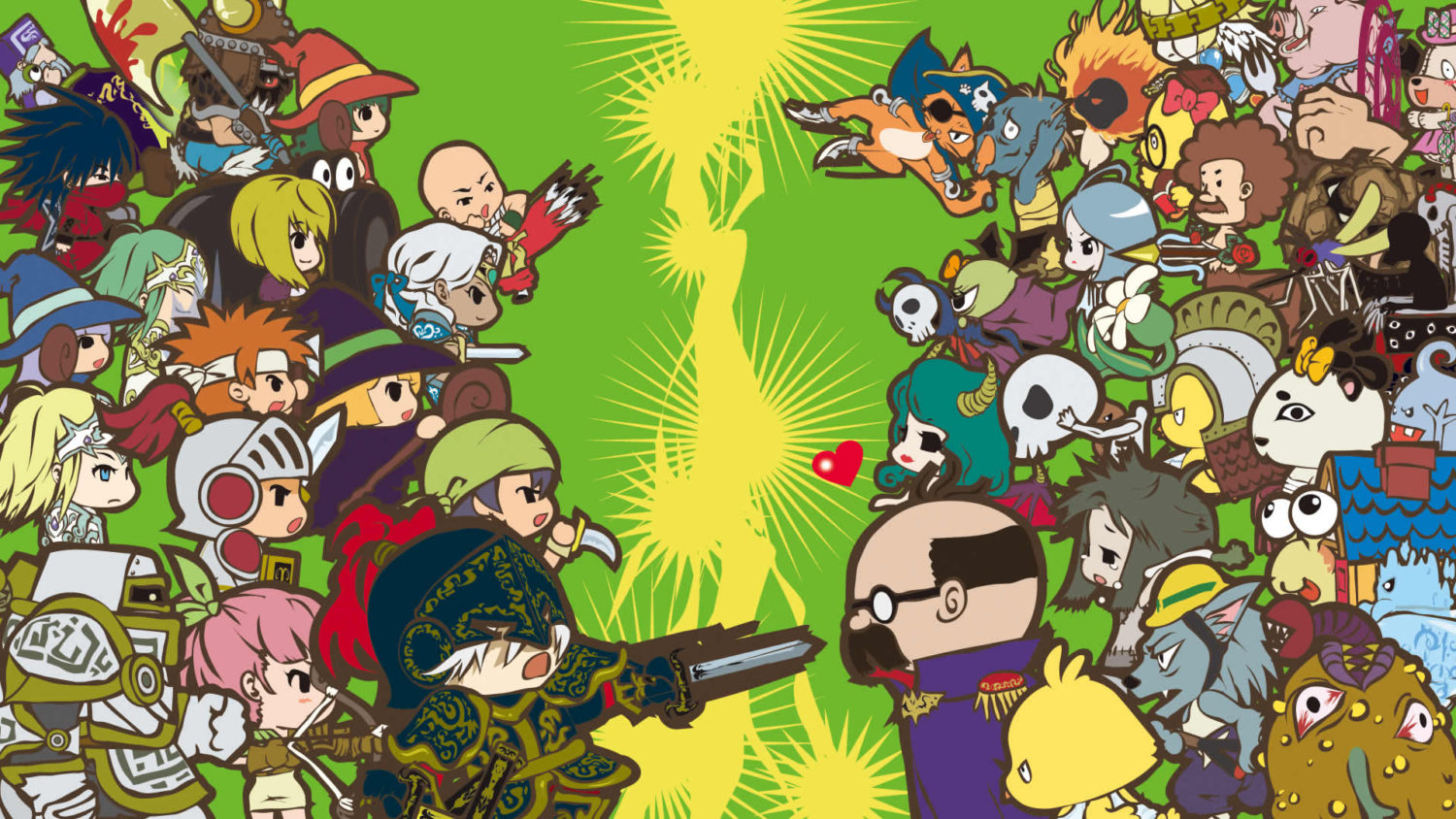 The Devil is a being that’s usually associated with pretty much everything that is evil in this world. He’s not known for his generosity or kindness, so it comes as a surprise that he would want to (or have time to) manage an apartment complex. ‘Unholy Heights’ is a combination of tower defense strategy and apartment management simulation, developed by Mebius. This title first appeared on Xbox 360 and steam a while back but I had never heard of it before its 3DS release. It’s quite an interesting game and unlike anything I’ve played in a while.

In the beginning you’re informed that the Devil is bored of his usual duties and has purchased an apartment building in the projects. It’s empty at first but don’t worry, the first floor fills up pretty quick. Monsters will come through and if they’re interested in moving in you can tap them using the stylus, and they’ll get settled in immediately. If you tap on their rooms you can buy them new furniture (couches, beds, wallpaper, refrigerator’s, etc.) or adjust the price of their rent. Some of the monsters will request specific furniture, and you’ll want to please them because they’ll be defending your building from a variety of enemies throughout the game. 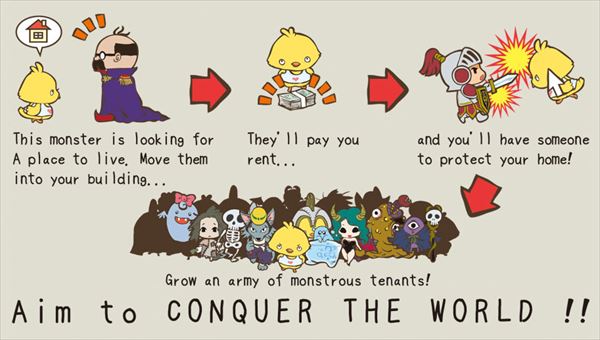 Keeping your monsters in good spirits will increase their strength. You can also purchase special furniture items that will increase their stats. All of them have different abilities that will give you some sort of advantage. When a new monster moves in you can see their info and stats and they are added to the bestiary book for later reference. If there’s a monster that you think is weak or doesn’t help out much you can evict them. 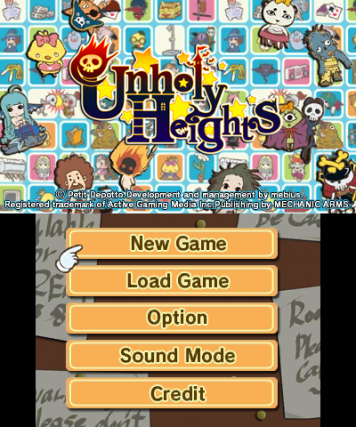 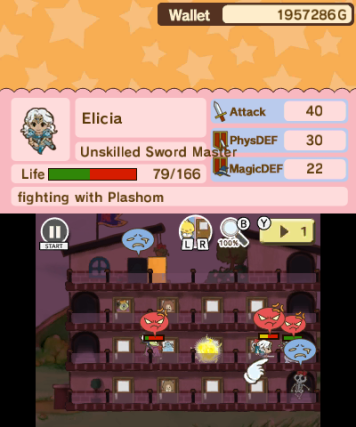 The battles are where the “tower defense” part of the game comes in. Some of your monsters can perform short or long range attacks. You’ll want to keep your long range attackers near the back of the building and the short range near the front. It will take some well thought out strategy to have a successful layout, but after a while it’s easy to get the hang of things. Some of the battles will trigger randomly, others you can trigger by accepting quests from the notice board outside the building. When this occurs there is a warning on the screen letting you know that an adventurer is approaching. You have to tap on your tenants doors and summon them to battle. When they die they’re gone for good, but if you tap on them and send them back home before that happens they will slowly regenerate their HP. You can speed the process up by purchasing consumables for them to eat, which you’ll probably end up doing because it takes forever to fully regenerate! On the bright side, if they do perish you can rent out the room to a new monster! Woohoo! 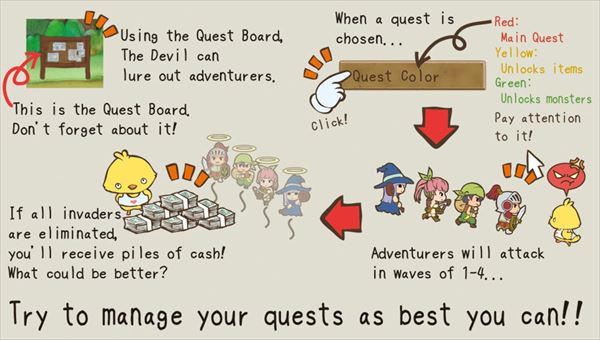 That’s pretty much the gist of the game. Your goal being to have a successful apartment complex that is protected at all times. You’ll want to check the notice board frequently so you can earn money and unlock new items. You can also upgrade the building, allowing more monsters to move in. Each time you upgrade the building you get 4 more rooms. There’s also a neat feature that allows some of the monsters to procreate and have little families of their own. Max occupancy for one room is 3 monsters, so that Will help with space. 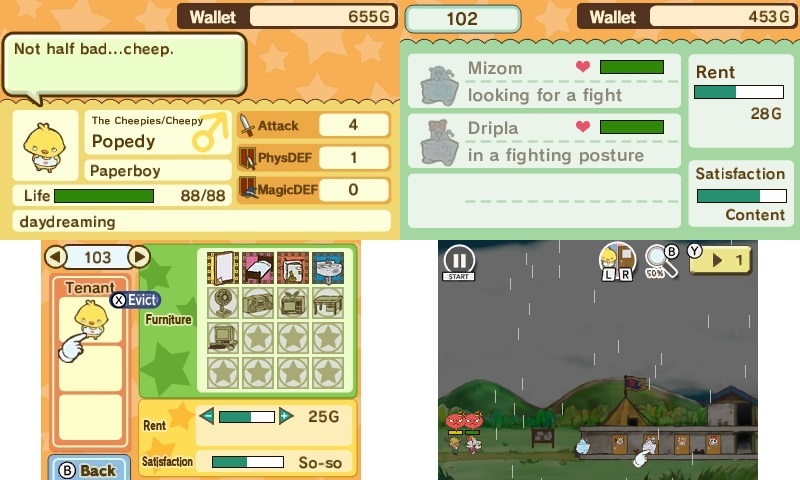 Visually the game doesn’t look like much but I enjoyed the little monster sprites and battle animations. Plus who doesn’t enjoy some good 2D action every once in a while ;). It’s also cool watching the weather change and the days cycle through while playing. I thought that was a nice touch. I also really liked that you could speed the time up. The monsters are pretty active, they leave and come back freely and it can get boring just sitting there waiting for something to happen. Speeding up time is a good remedy for that. 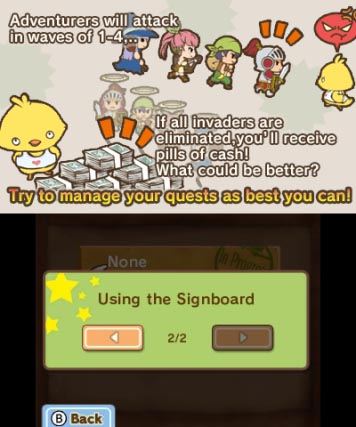 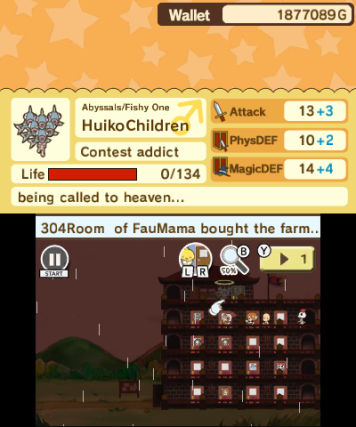 Unholy Heights is definitely a different kind of game. But it’s charming in a way that I think most people will enjoy. It’s also not anything that you’ll have to put too much effort into, seeing as the gameplay goes at a very casual pace. I will also add that if you’re looking for a game that is more on the tower defense side this may not be the title for you. Those aspects do exist and they are remotely frequent but Unholy Heights focuses more on apartment management, so keep that in mind. At first I really didn’t like it but after I played around with it and figured some things out it was actually a pretty good time. I feel like the price could be cheaper than $6 but it’ll be worth it to some, and the replay value is good seeing as your experience can be different each time. If you’re into these types of games and have some patience I think Unholy Heights is definitely worth playing. 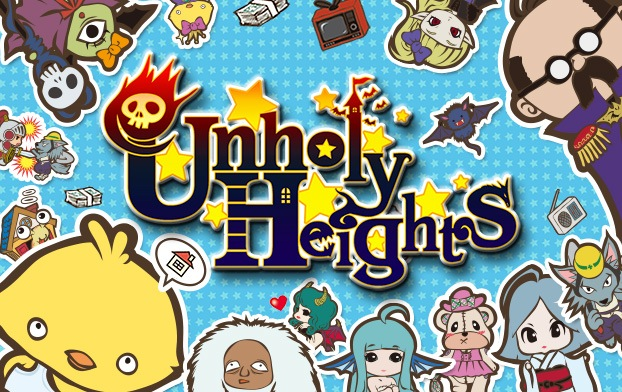 Unholy Heights is an unusual but entertaining little game. The tutorials could be a bit more specific, but once you get the hang of everything its actually a little addicting. I recommend trying it out if you’re a fan of simulation games.